Calling all clowns to the big top! After this week’s epic episode, we can fit one less clown in the clown car…or can we? 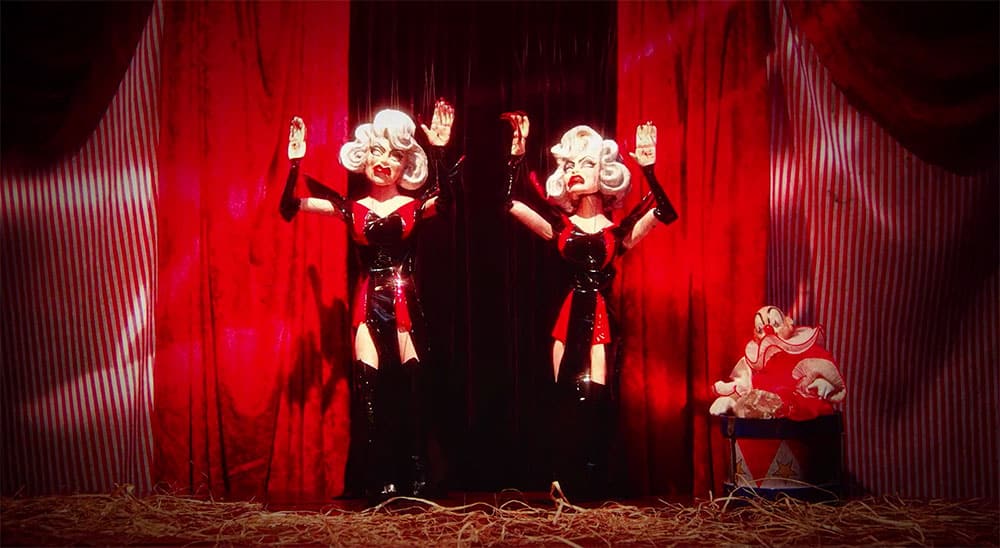 This week’s episode of Dragula opens with probably the most artistic opening we’ve seen yet. And considering how playful most of this episode is, it’s the biggest beginning to an episode of circus fun.

This week in place of the statuesque Boulets in a short, we’re met with marionette versions of them. Seeing a puppet in thigh-high leather heels was a real treat.

The curtains of the circus this week unfold in a pretty empty workroom. Saint and HoSo predict the return of Dahli, who comes in shortly after. HoSo is sad about the loss of La Zavaleta, but everyone is happy to see Sigourney back, especially Dahli.

Apparently, the extermination was pretty rough for poor Sigourney, who had her eyelashes jammed into her eye by the latex screen and then almost had her contact snatched out of her eye.

The Boulets roll out the challenge on the big screen on stage in their blood splatter dresses per usual, but this week there’s a fun little twist in their look. As the screen cuts wildly, Dracmords can be seen in sad clown makeup while Swanthula is in happy face makeup.

The monsters get a kick out of this before going off to this week’s fright feat. 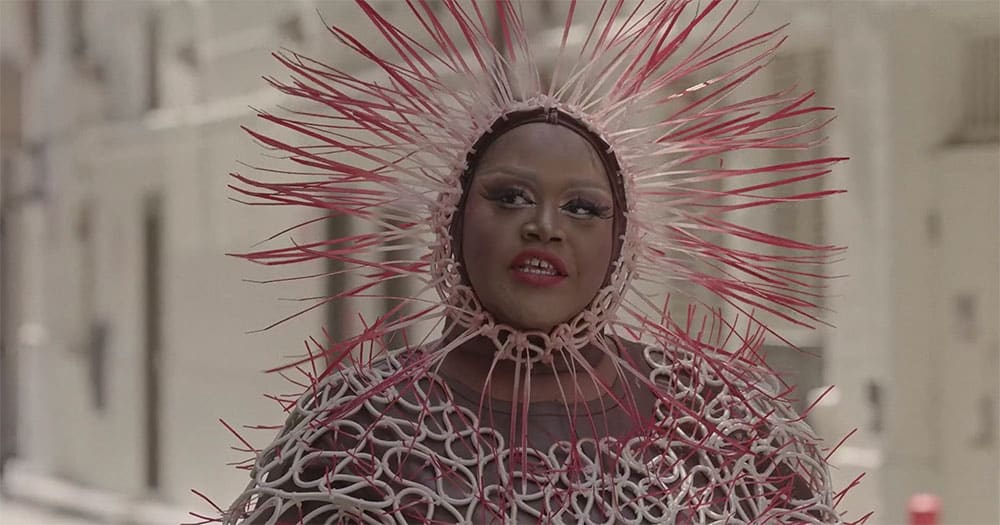 Outside they find a dunking booth. Each contestant gets three chances to dunk whichever monster is in the tank. And for a little surprise, the judge for the contest, who is also tasked with reading the ghouls, is none other than Merrie Cherry.

As you would expect, Sigourney is none too thrilled. And when her time in the tank comes, Merrie even gives her a personal dunking.

It was great to see the group have so much fun; even if they couldn’t throw to save their lives.

While nobody knocked it out of the park when it came to good aim and hard hits, Dahli pulled through with a win.

He gets to decide who gets what key for the clown car race that will be their extermination this week. The keys come in various sizes, and the Boulets warned earlier that not all clown cars are created equal. Dahli takes his place at the first key and lets the other pour in behind him. Whichever key they stood in front of them dictated which car they got.

HoSo and Sigourney are left with the tiniest little keys, indicating that this won’t be an easy race for either of them.

The monsters plug away at their costumes. 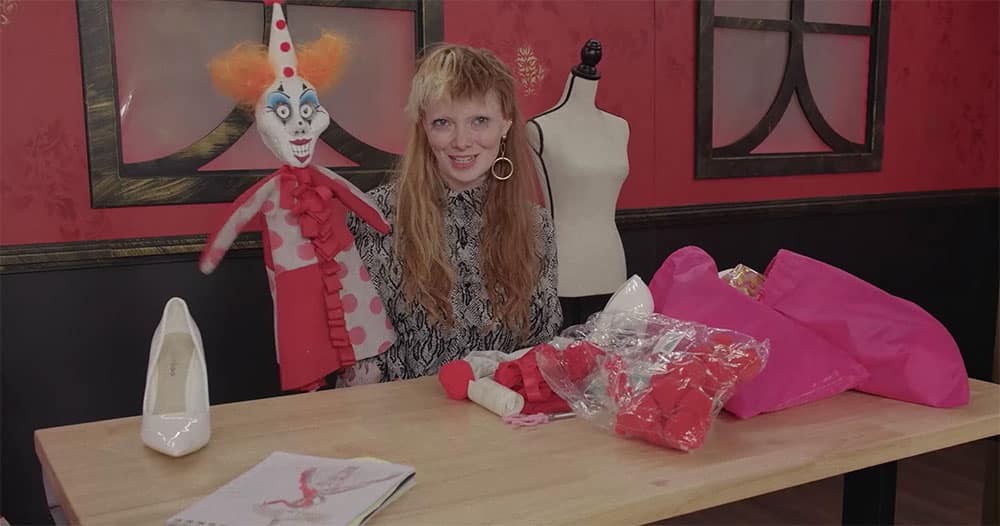 Sigourney draws up a clown with wild hair and a mass of balloons. She also creates a haunted little ventriloquist doll with a spinning face. Determined to heed the judges’ critiques, she drags her stockings across the floor to get them filthy. Apparently, the workroom could use a good dusting with how many fuzzies she collects.

Dahli will be doing a colorful punk look, taking to heart the judges’ comments about the color choices of his outfits being very similar throughout.

HoSo brings her culture back into her looks this week as she combines the mudang (shaman) and namsadang (circus) to create a clown exorcist. The look has multiple faces attached to HoSo’s and the floor show will involve a sword and a rubber chicken, as mudang must start the exorcism ritual by killing a chicken.

Saint decides to be a mime. Considering how the Boulets had called out Saint on her stage performance for not having enough movement, it is a unique and bold move to do a look that relies completely on movement.

The Boulets are joined by guest judges, Harvey Guillen, who you should know as Guillermo from What We Do in the Shadows, and Bob the Drag Queen, winner of the eighth season of Rupaul’s Drag Race.

Harvey makes sure that there will be a buffet this episode because that’s why he came.

The stage shows were phenomenal, as they should be this late in the season.