Aubrey Plaza (if you haven’t seen her performance in Black Bear, be sure to check it out now on Amazon Prime or Paramount Plus; she really showcases her extraordinary acting chops) stars as Emily, a young woman saddled with student debt and locked out of the job market due to a minor criminal record. Desperate for income, she takes a shady gig as a “dummy shopper,” buying goods with stolen credit cards supplied by a handsome and charismatic middleman named Youcef (Theo Rossi).

Faced with a series of dead-end job interviews, Emily soon finds herself seduced by the quick cash and illicit thrills of black-market capitalism, and increasingly interested in her mentor Youcef. Together, they hatch a plan to bring their business to the next level in Los Angeles.

Writer-director John Patton Ford makes his feature directorial debut in this film about a millennial who hits the breaking point and decides to make her own rules — inspired by the idea of a “Millennial Dirty Harry”.

He describes how his own fear of failure helped fuel the script:

I poured all that fear into the script, and out came a story about just going for it. A story about running toward your passion despite the warning signs.

He goes on to elaborate on his inspiration for Emily the Criminal.

“On the surface, EMILY THE CRIMINAL is about a woman who becomes a criminal to pay her student loans. I’m not a criminal (or a woman for that matter) but the story is personal, nonetheless. In a way many Americans might understand, I graduated from school with ninety-thousand dollars of debt. The housing crisis was still doing damage, and I ended up delivering food and struggling to pay my interest each month. Not the principal, just the interest.Emily discovers that she loves being a criminal … and unlike most of us, she has the guts to follow her love to the bloody end. Maybe I was giving myself a hero to follow. su_spacer]Somewhere along the line I morphed into the character: feral, driven, and no longer concerned with the imminent dangers of chasing the dream. I was all in.I guess that’s what the movie is about to me. Being all in. The moment when you discover what you really want — and commit to it.” 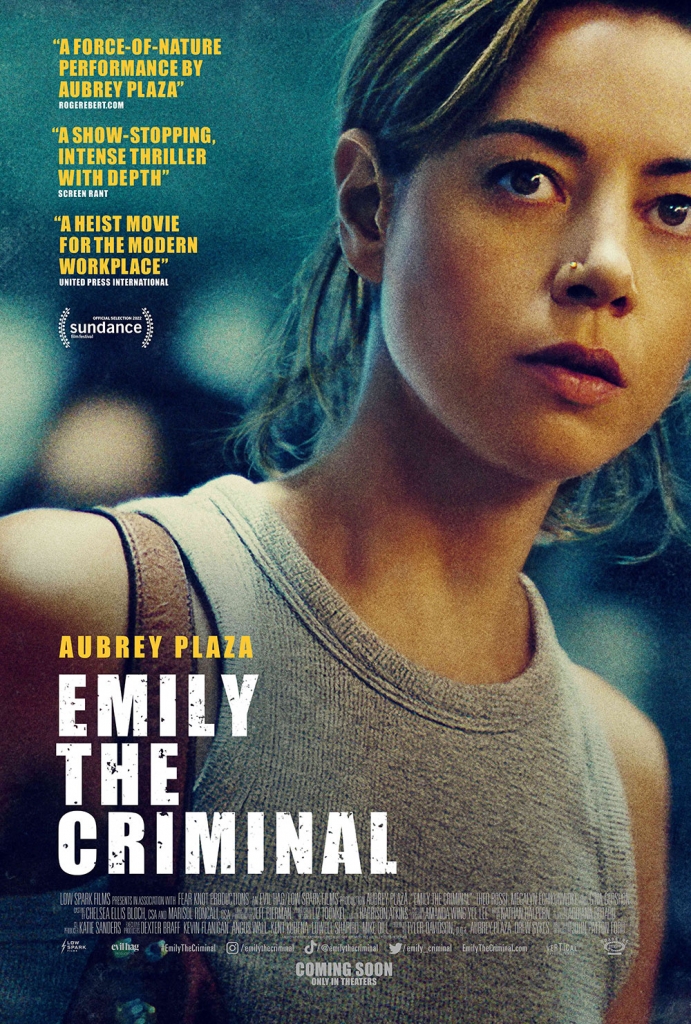 Emily the Criminal is in theaters beginning August 12, 2022.