A story about vanity and its consequences made during the height of the cold war and imaginative, future science and its capabilities. 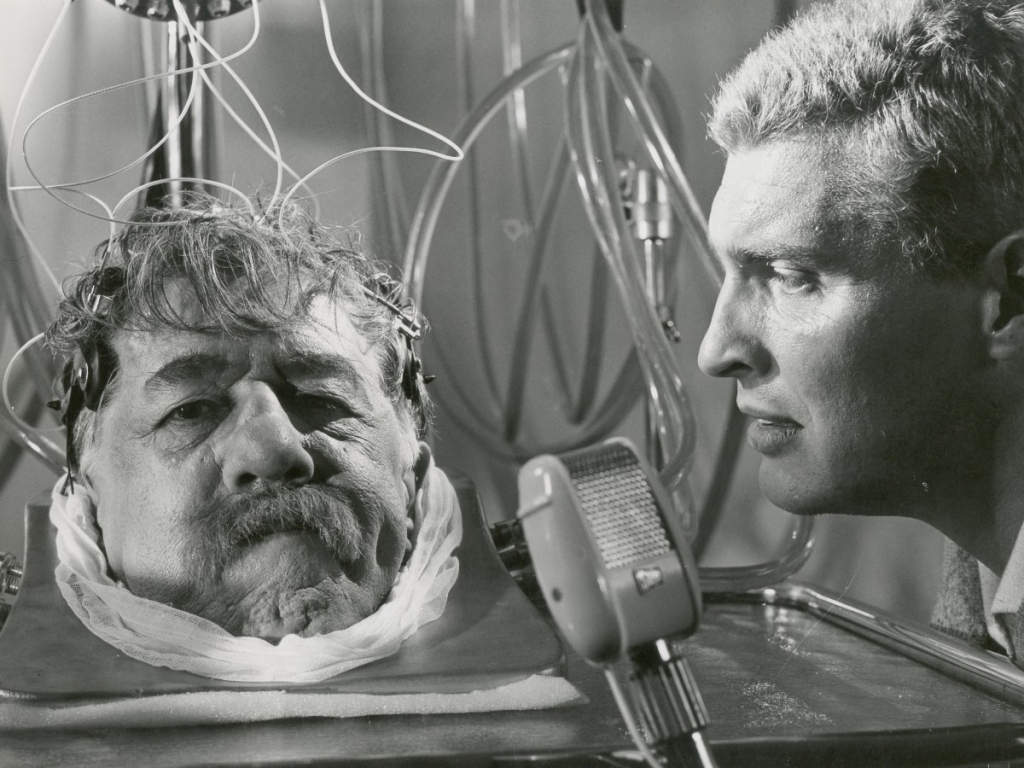 After a scientist dies and his associate uses a serum to keep his head alive. Let’s dig into 1959’s “The Head”, directed by Victor Trivas!

In the years following World War II, it may surprise you how many films came out of West Germany (the side “controlled” by the US, France, and the UK) but it wasn’t until The Head that a film could be dubbed horror proper.

There were a couple of thrillers, and war films that hold their own terrors, but this cold war era science fiction thriller, directed by a Russian filmmaker no less, was the first true genre piece to come out of the region.

Horst Frank (Dr. Ood) has a bit of a per-psychosis Klaus Kinski thing going on, which gives him a decent amount of menace. The dubbing stinks, but I forgot about it after a few minutes. 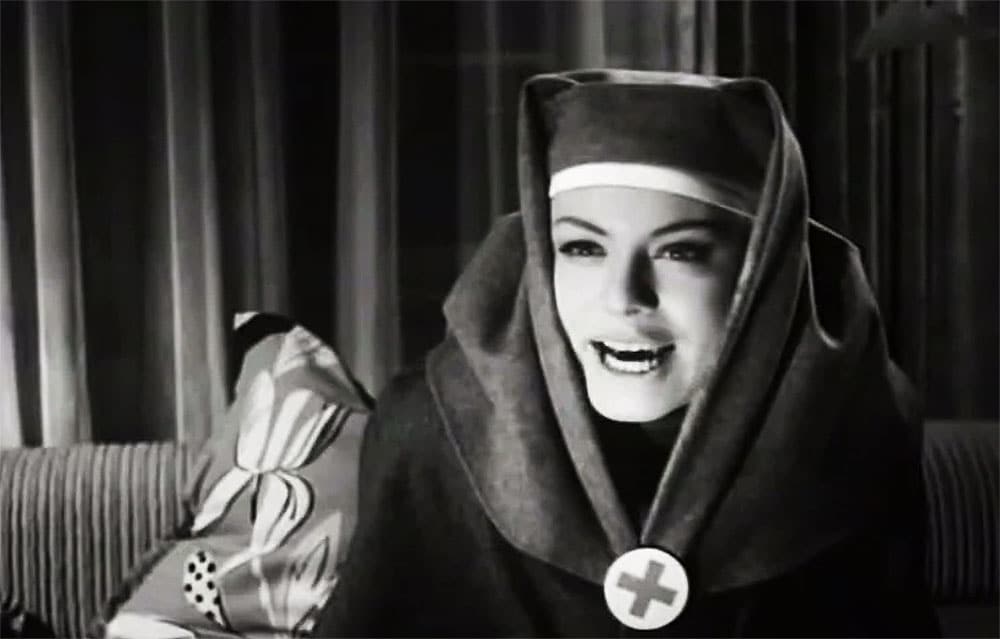 I have to compliment the lighting, especially in medium and close-up shots.

The nun is lit beautifully and her gorgeous face (the whole reason for the transplant that is to come) radiates. There is even some ghoul lighting on Horst that could be a textbook example of the technique.

I wish I had watched a different version than the Mill Creek release as they didn’t seem to care about the quality of output. This was one of those “we own this property might as well package it with 50 other unknown, unmarketable films” type deals, or a play to maintain rights.

Unless you’re familiar with German actors of the time period (which I am most certainly not), there probably isn’t a name or face that seems familiar to you, though star Horst Frank was in Dario Argento’s The Cat O’ Nine Tails.

It seems like a waste to dispose of Lilly’s head the way they did, just dumping it with the old hunchback body. Surely the mad scientist could have added it to his inventory since he had proved capable of keeping a head alive without a body already. There was such attention to detail in set dressing during this era.

Production designers seemed to thrive when it came to creating a medical space. Elaborate machines that do who knows what. Bubbling, pulsating, dripping, the sound effects. The results of their labor are remarkable.

With a similar vibe to The Brain that Wouldn’t Die which came out in the US in 1962, and They Saved Hitler’s Brain (1968), it doesn’t seem there is a need for such a tale. An AI lean would make more sense in modern times.

You can stream it on Tubi or Dark Matter TV.