MacKay and Davis are electric in “True History of the Kelly Gang”, a mayhem-fueled, punk rock look at history that eats the truth and spits it out. 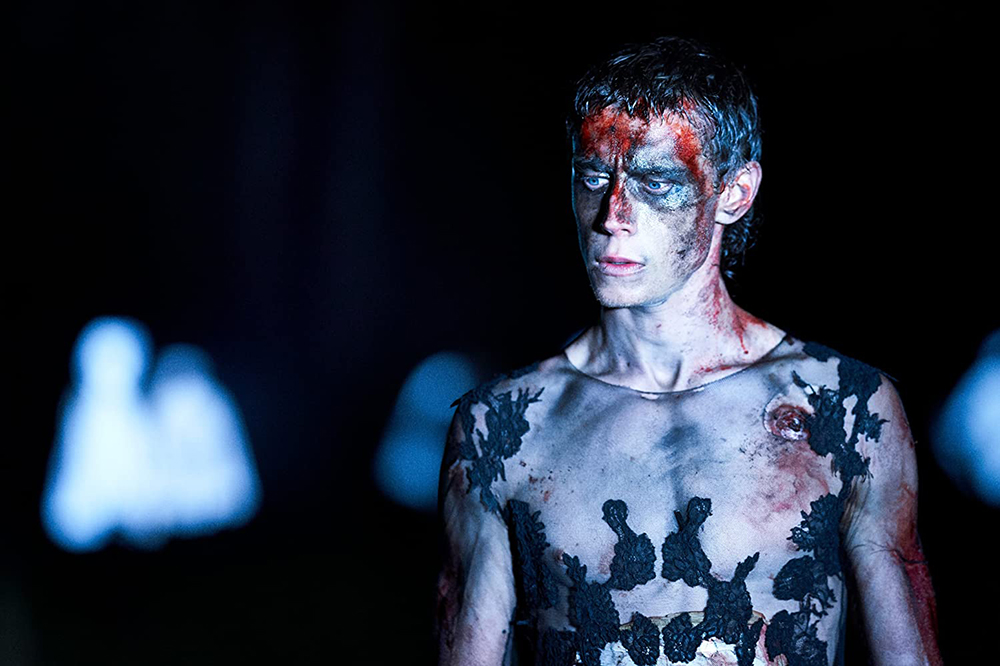 The film is based on the novel of the same name by Peter Carey and opens with a title card stating “nothing you are about to see is true,” with the first 7 words disappearing and ‘true’ then leading into the film’s title. Legends are constructed through countless re-tellings, snowballing into larger than life stories only loosely tethered to the truth. True History of the Kelly Gang finds that tether and hijacks it, uniquely creating a punk rock anthem of defiance, super charged by the destructive energies of anti-authoritarian young men.

Born amid “dirt and disappointment,” young Ned (Orlando Schwerdt) has a fight within him as harsh and wild as the land he lives on in the Australian bush land. Aimless and borderline hopeless, Ned is hardened at a young age by an uninterested father and a mother (Essie Davis, complex and excellent) who trades sexual favors to the local authorities in exchange for the slightest stability.

When Ned’s father throws his plate of food against the wall and childishly retreats to his room after his wife declares young Ned the “man of the house” for supplying that night’s dinner, you can see the foundation of honor and loyalty to his mother and family being laid within him. This foundation allows for the only light later on in Ned’s life when he finds love with a prostitute named Mary (Thomasin McKenzie, always brimming with a quiet confidence), and a strong, almost romantic, bond with his best friend Joe played by Sean Keenan.

This unwavering love for his questionable mother leads Ned to numerous troubles. 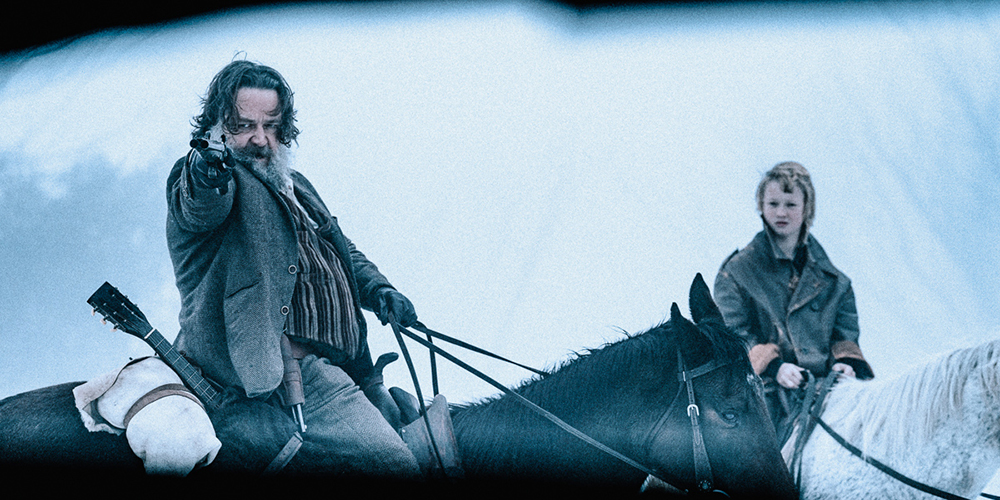 The first of which is being taken under the wing of Harry Power, a friend of Ned’s mother played by Russell Crowe. Ned doesn’t know that his mother sold him to Harry for 15 pounds, but he views Harry as a sagely father figure, something sorely missing from his life at home (even seemingly before his father’s death).

When Harry’s true nature comes to light, a murderous bushranger, Ned’s destiny as a bushranger himself seems all but cemented as he shoots a British Sargent at the relentless pressure of Harry telling him to do so. Crowe turns on a dime going from a caring, lovable man to a hot-tempered bear ready to eat, superb in his limited screen time. It’s here where Ned finds himself taken from his family to spend time in jail, his future fighting the British authorities waiting on the other side.

Ned claims through voiceover that a man can’t outrun his past or his destiny, but he leans so far into the role thrust upon him one wonders if Ned uses ‘destiny’ here as another word for ‘actions’.

He revels in the role of rebel, a scrappy rabble-rouser whose punk rock attitude came 100 years before the Sex Pistols.

The aesthetic of the film embraces this attitude. 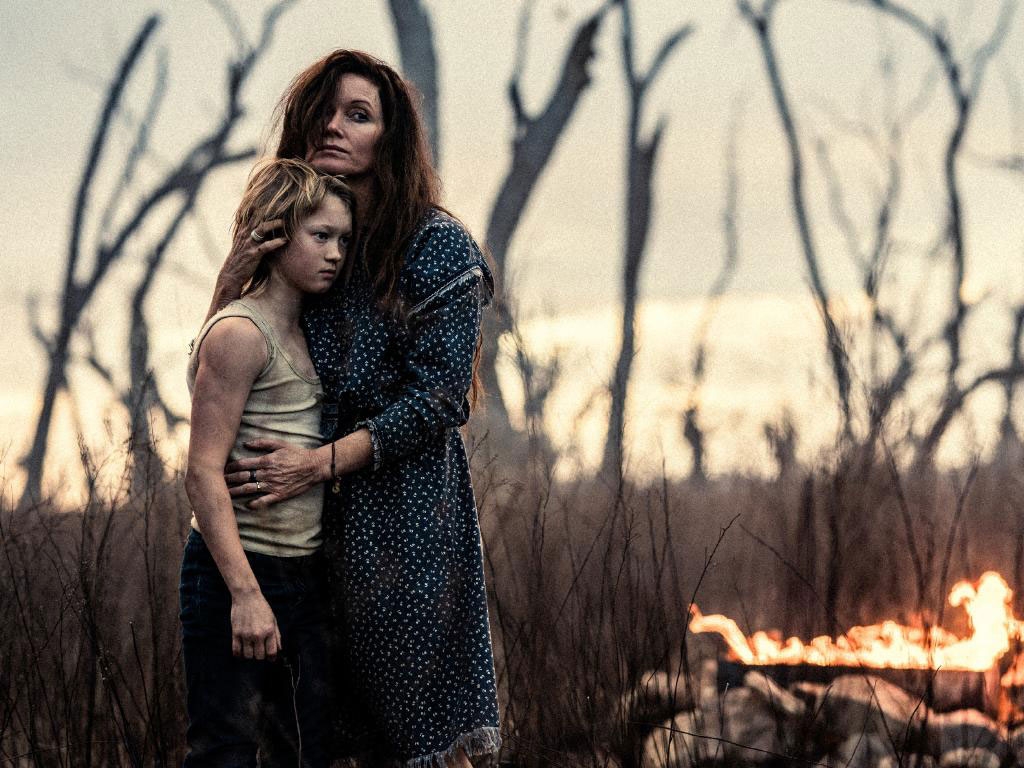 It’s dirty and noisy, constantly creaking and banging with a moving wind whirring behind every scene.

Ned’s world, and all the people of the Australian bush land, is haunted by poverty, colonization, and destiny, not giving the people any chance in life to do anything different, rendering them ghosts already as they live and breathe. The members of the Kelly gang grasp this lack of hope to fight back, using so called destiny as a call to action against oppressive British authority led by Constable Fitzpatrick (a chilling Nicholas Hoult, so effective in his heartlessness).

George MacKay is a firebrand, a wild man, and his Ned Kelly is portrayed as a punk rock outlaw (there’s electric guitar on the soundtrack, the film is set in the 1870s), with hoodlum swagger, ironic stiff soldier-like jacket, and closely cropped hairline that carelessly grows long in the back.

His order is more of a disorder, a messy, violent means to an end is the only way he really knows.

MacKay plays the role with such intensity you feel the screen may explode. 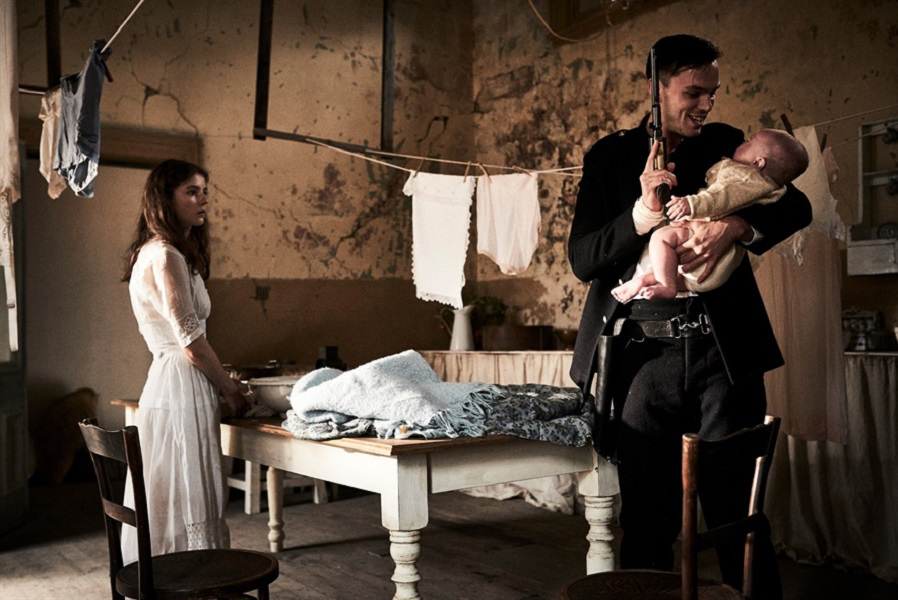 The same goes for Essie Davis as Ned’s mother Ellen. The actress is a lightning rod, searing the screen with the same eruptive emotion she showed in 2014’s The Babadook — except more measured here, more simmering and less boiling. Davis is dangerous and unpredictable with every move and look, and exhilarating to watch.

“True History of the Kelly Gang” is littered with nightmarish visuals, almost apocalyptic with bare trees crookedly frozen in barren and cracked lands suggesting this could all be a bad dream; try to rise above them and they’ll grab you with bony branches.

Further blurring dreams and reality, fact and myth, is a chaotic, ominous soundtrack and a wavering camera, like the mind dramatizing its own memories.

This “true” history of the Kelly gang is hardly true, but it hardly matters. 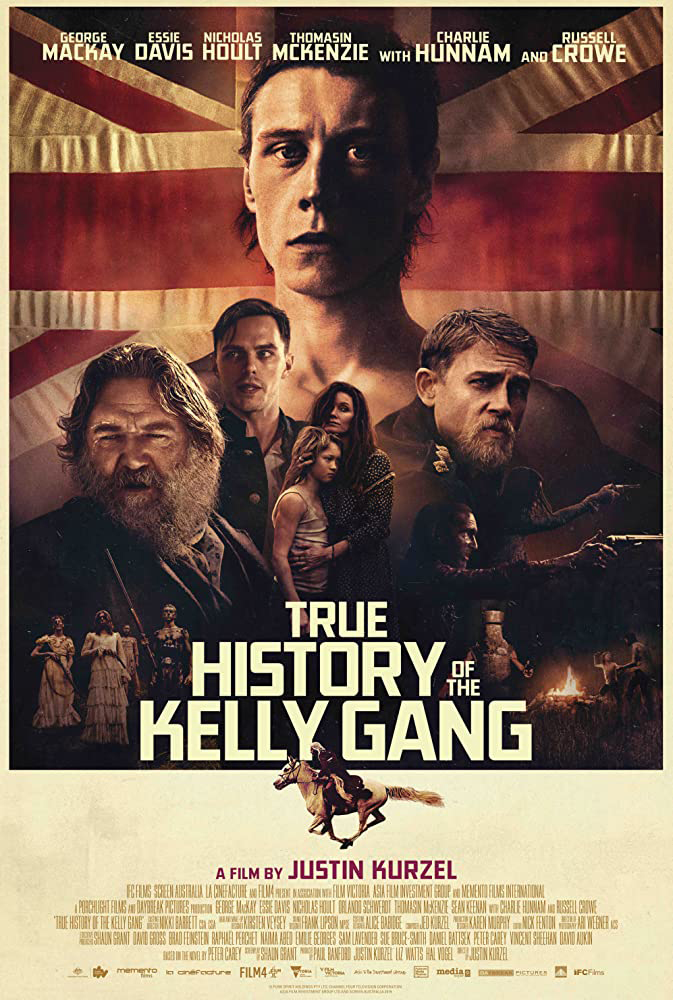 Memories and real life may tell different stories, but they both lead to the same outcome.