Campy, chilling and deliciously gory, the style and stellar effects of “The Wretched” make this wicked witch tale creepy and terrifically entertaining. 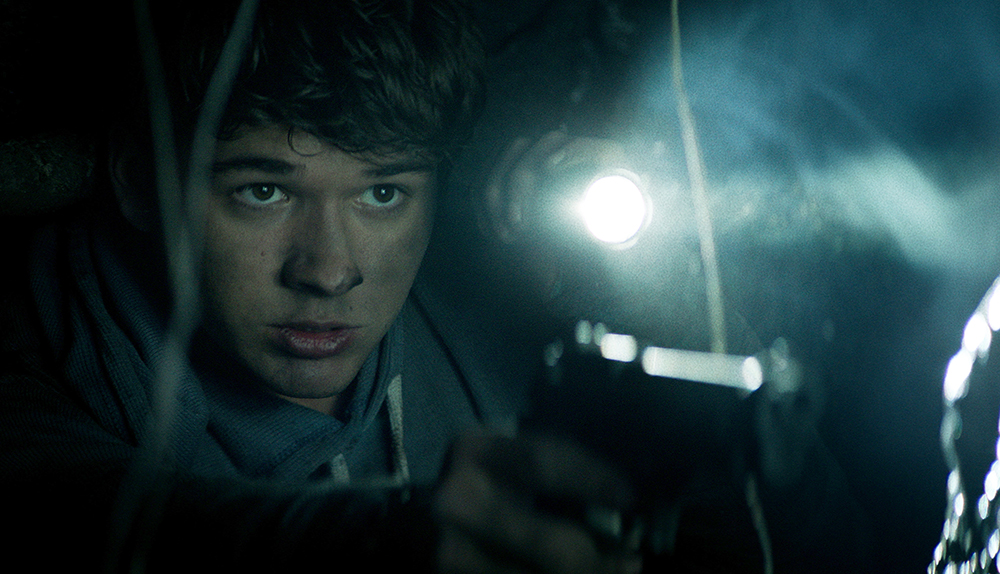 While clearly inspired by horror classics like The Faculty, Rear Window, Fright Night and Invasion of the Body Snatchers, The Wretched takes these familiar concepts, adds in shape-shifting witches, and blends it all into a brand-new mythology.

Writer/directors, Brett and Drew Pierce, create a unique world where the face of the witch can be anyone — and she is one hungry mother.

The Wretched gets right to the point, traveling back in time where we meet a family whose babysitter discovers the mom munching on her own daughter’s neck. It seems they don’t need her to sit for them on this fateful night. Oh, but they do still want her to stay for awhile…

The film picks up 30 years later when evil begins to stir again. It’s unclear whether the witch was just hiding in the forest all these years — poised for the right moment to strike. Nevertheless, she returns with a vengeance and looking for more victims to claim. 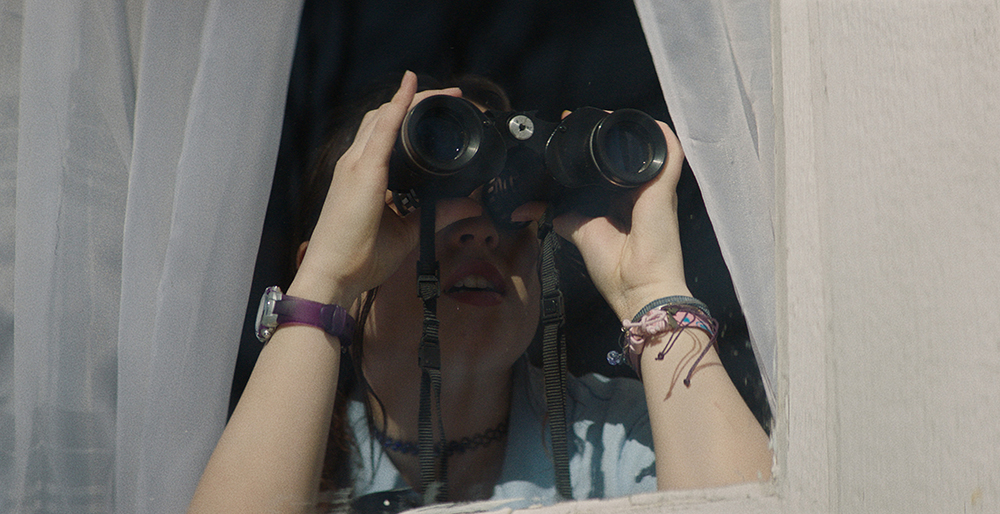 After his parents’ divorce, teenager Ben (John-Paul Howard) goes to stay the summer with his father Liam (Jamison Jones) in an idyllic little coastal town. His father runs the local marina and puts him to work, but he must contend with the local snotty rich kids. Dealing with that and his father’s girlfriend, he is not a happy camper. But he’s lucky to find a friend in co-worker Mallory. (Piper Curda) She helps him deal with his teenage angst.

Late one night, Ben hears strange noises and investigates his neighbor’s house. The couple with two young boys, seem normal at first, but after something creepy moves into their crawl space, well there goes the neighborhood.

Spying on them whenever he can, he notices one day that the mom Abbie (Zarah Mahler) is acting very strange. She dresses differently, is more feral, and seems completely different than she was the day before. Stranger still is the fact that the dad does not remember he has any children at all. With the kids gone and no one to believe him, Ben must figure out what is happening on his own.

What I loved the best about this film were the creature effects.

Sometimes filmmakers show too much when it’s not necessary, or effective. My imagination works overtime, and glances of a monster in the dark are usually way creepier than a full-frontal shot.

I admit, I get a bit sad when I see movies with dead animals. But one particular scene with the evil coming out of a deer was epic. This witch really gets inside of her chosen host. And when she decides it’s time to leave, well, that is profoundly disturbing to watch. We watch her literally crawling in and out of her skin!

The fear I felt seeing a little boy witnessing his mother transform into a horrible monster was intense, and I was on the edge of my seat for the rest of the film. If the practical effects had not been so top notch, the film could not have worked as well as it did. Bravo to the entire makeup team!

The only weakness for me was that it had a bit of a teen romance thing going on, which is fine, but I’m not the target audience for that kind of story. With that said, Ben and Mallory both turn out to be quite the bad ass heroes, and I couldn’t help but cheer for them. If I were a teen, I’d fall in love with them, too.

Overall, The Wretched is a well-done, dark fairy tale.

For all it lacks in perfect storytelling, it makes up for in heart and a ton of gore.

I loved all the characters and held my breath for them to survive. The witch’s origin story was compelling, and there was a lot of fun mythology for the audience to pick up on. Pay attention to the little visual clues you are given. Dying flowers, symbols and some gnarly sound effects really let you know when something bad is afoot.

The creepy twist at the end was perfect, and I was never bored at any point during the film. For me, that’s unusual and impressive, which makes this an easy film for me to wholeheartedly recommend.

The Wretched is available in select theaters, digital and VOD on May 1sr, 2020. Go to https://www.wretchedmovie.com/ to get more info on where you can watch it at home!