A Tubi trashterpiece that should have stayed an obscure horror artifact, “Linnea Quigley’s Horror Workout” hardly qualifies as a film. 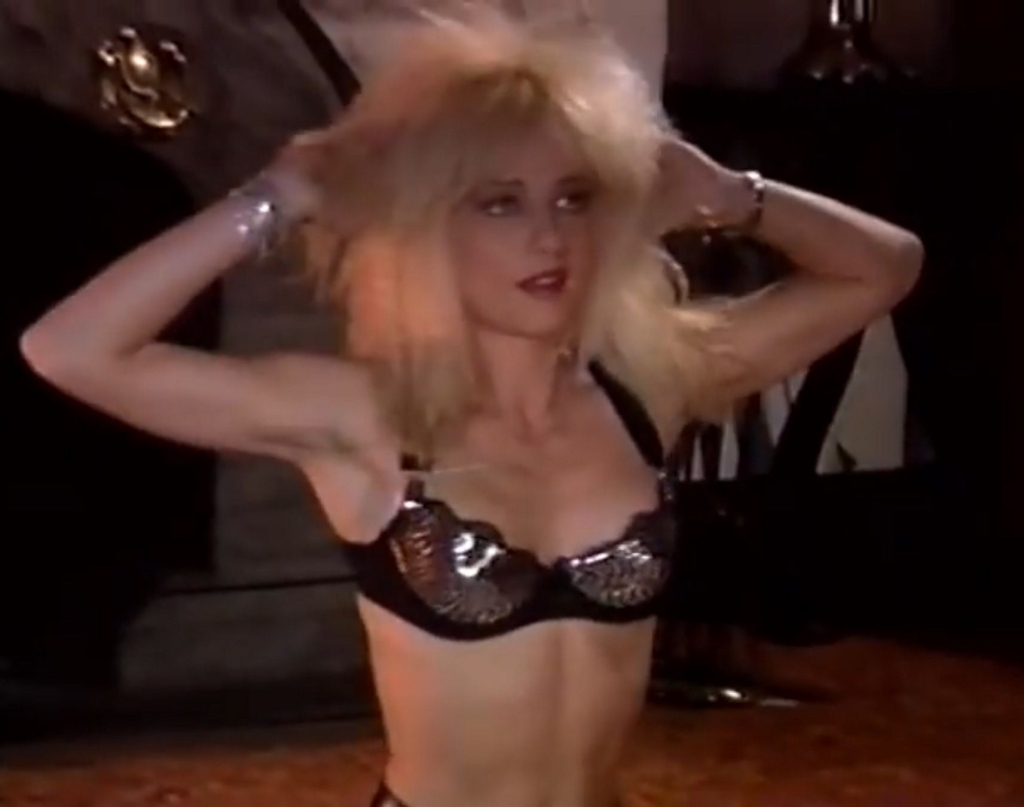 Back around June 2019, I came up with the idea of writing a weekly column covering all the whacky, bizarre, under-watched, under-appreciated, and sometimes utterly horrible horror movies that I personally watch on the fantastic free service, Tubi. After speaking with the fantastic boss of Morbidly Beautiful and coming up with a clever name, Tubi Tuesday was born. And the very first movie covered was Elvira, Mistress of the Dark.

Things were going great until March 2022, when I moved into my dream home, which had everything I could ever want, except, of course, for quality internet that allowed streaming. Thus, Tubi Tuesday was put on hold.

You win some, you lose some.

Then, in late November 2022, Elon Musk and SpaceX delivered a fancy satellite to my house, one capable of streaming trash movies from Tubi. 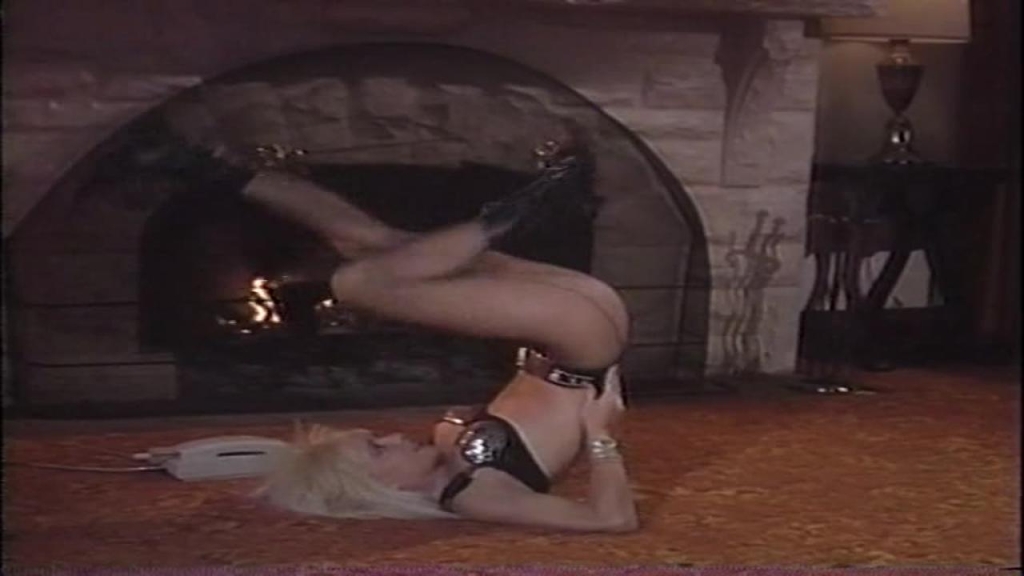 What? Didn’t you know that legendary B movie scream queen Linnea Quigley made an exercise video? Ahh, the joys of Tubi are truly infinite!

Released directly to video in 1990 and directed by Kenneth J. Hall, who did special effects for Critters 2 and Willy’s Wonderland, this “movie” is the sum total of the excess that is direct to video horror from the late 80s and early 90s.

The “film” opens with Linnea Quigley taking a shower, which makes sense because how else would it start? What’s interesting is that all the nudity is blurred out, which makes this nonsense of the “movie” even more bizarre.

I’m using quotations for movie and film because it’s hard to call this one an actual movie.

There are three acts, a touch of plot, and a twist ending that will knock your socks off. But it’s more or less an hour of Linnea Quigley doing the splits and thrusting her crotch in the direction of the camera.

After the shower scene, we have a fireside chat with Linnea and are treated to a collection of snippets from the greatest hits of her career. There are scenes from Creepozoids, Sorority Babes in the SlimeBall Bowl-o-Rama, and Savage Streets.

Linnea informs us that the way she survived in all of those films was her strict exercise regimen, which is apparently just doing the splits in a metal spiked studded bra and reaching side to side — something that goes on for an uncomfortably long time.

The second act is perhaps the best. 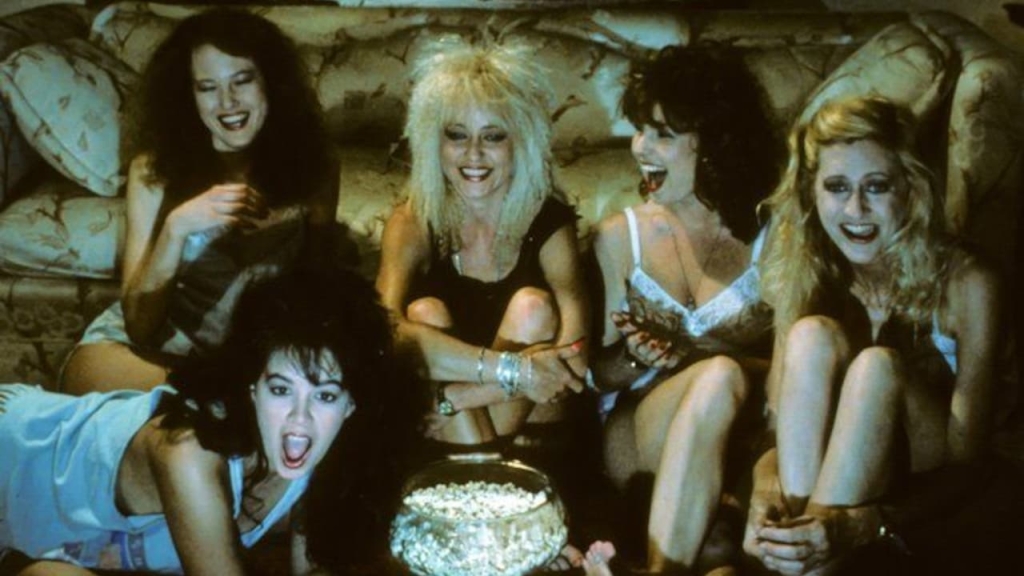 Linnea decides to go for a jog through a cemetery and finds herself chased by a bunch of zombies.

Just as she is about to get killed, she tells the zombies that they are out of shape and convinces them to exercise with her, which is basically doing the cupid shuffle for an uncomfortably long time before they all fall into a pool while Linnea rushes to safety.

The third act is the classic slumber party where Linnea and her friends hang out in lingerie before deciding to “exercise,” aka thrust their crotches at the camera while the cameraman zooms in, again for an uncomfortably long period of time.

However, this ends up getting interrupted by a killer in a Ronald Regan mask who kills everyone at the Slumber Party before revealing their shocking, true identity.

She takes the last few minutes of the “film” to yell into the camera, telling the viewer to move their thighs otherwise, she will cut them off.

Now look, I usually avoid spoilers. But seeing as this is barely a movie, I don’t mind much.

Honestly, this doesn’t feel like a film that anyone should watch, ever. 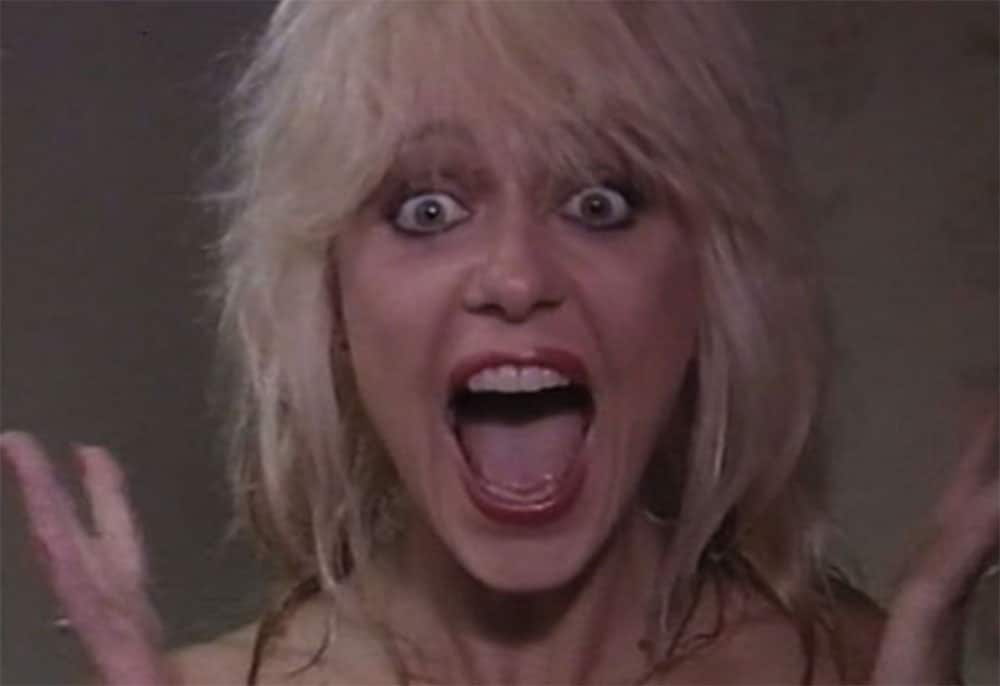 It feels more like a gag gift, a collector’s item sitting on someone’s shelf waiting for a comic-con to come through so the owner can get Linnea’s signature on this odd piece of memorabilia.

Yet, the fine folks at Tubi don’t seem to care. They’re not here to judge or police the quality of films in their library. Their mantra is “free access for all”. And you have to respect that.

Sometimes, their quest for diversity in their expansive library means we fans get to discover some mysterious, hidden horror gem.

And sometimes, we just get Linnea Quigley’s Horror Workout.

As I said, you win some, you lose some.