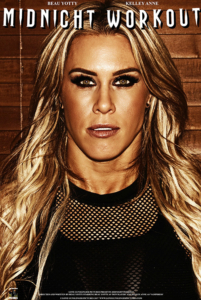 Late night workouts are extreme! We have all been there…dreading that workout that we put off for hours only to find that it is now midnight, and you still haven’t checked in for your daily dose of dread.

The synopsis of the film is as follows: A late night workout is interrupted by a creature who is hungry for more than grilled chicken and a protein shake. An homage to the 80’s classic monster movies, particularly vampire enthusiasts. 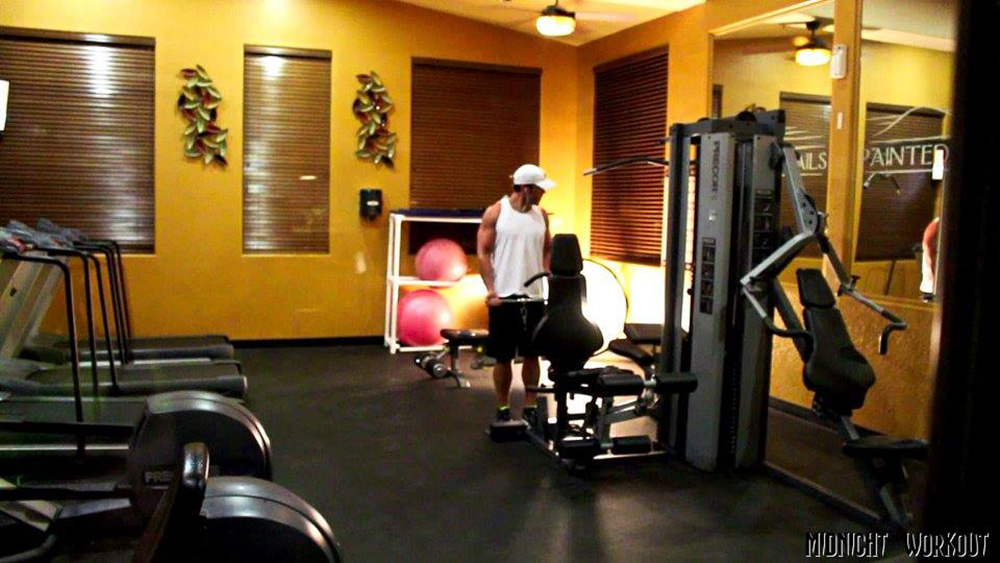 The premise of the tale revolves a young man who is lifting weights while being stalked by an unknown predator. As he paces through his very own personal gym (not a single soul is in site), a strange woman follows his every move, seemingly undetected.

Midnight Workout is produced by Lone Gunslinger Pictures and is currently available to watch via Amazon Video. The film also stars Kelley Anne as the Vampiress.

Editor’s Review: Midnight Workout is the first in a series of short films involving classic movie monsters and centering around the character of Don Slayer (Beau Yotty), a modern day monster hunter/vampire slayer. In Midnight Workout, Don Slayer is hunted by a beautiful Vampiress during a quiet late night workout. The short has a gritty, VHS style quality that enhances its nostalgic vibe.

At just under 9 minutes, there’s virtually no dialogue in the short. Instead, what we get is a great use of music to build suspense and some really cool filming techniques to hint at the presence of a supernatural stalker. The camera speeds up to show the rapid movement of Vampiress, and the scenery is giving a red tint when showing her perspective. 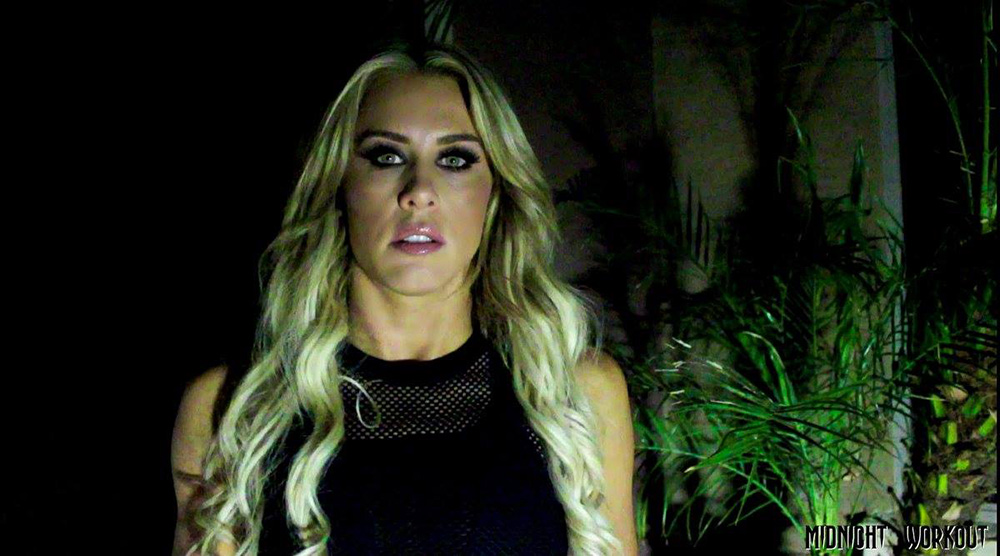 The entire short is a cat and mouse game, with a beautiful but deadly woman stalking an unsuspecting, seemingly ordinary (though incredibly buff) man. We don’t know why the woman (played by the stunning Kelley Anne, who exudes both toughness and sex appeal without being overly sexualized) is preying on this particular man — or why he’s compelled to workout among the shadows and solitude of the midnight hour.

The short builds to a fun and satisfying conclusion, where we get our first glimpse that, perhaps, we’re not dealing with an ordinary man after all.

Ultimately, it’s a great introduction that shows potential for a creative and fun new series, especially for fans of shows like Buffy the Vampire Slayer. The next entry in the series will be “Call the Babysitter” in which Don Slayer returns to battle a ghoulish Revenant who has returned from the grave with an insatiable hunger for human blood. [– The Angry Princess]