Take a wildly successful concept and add it a little gratuitous nudity for good measure. How could you possibly go wrong? This. This is how. 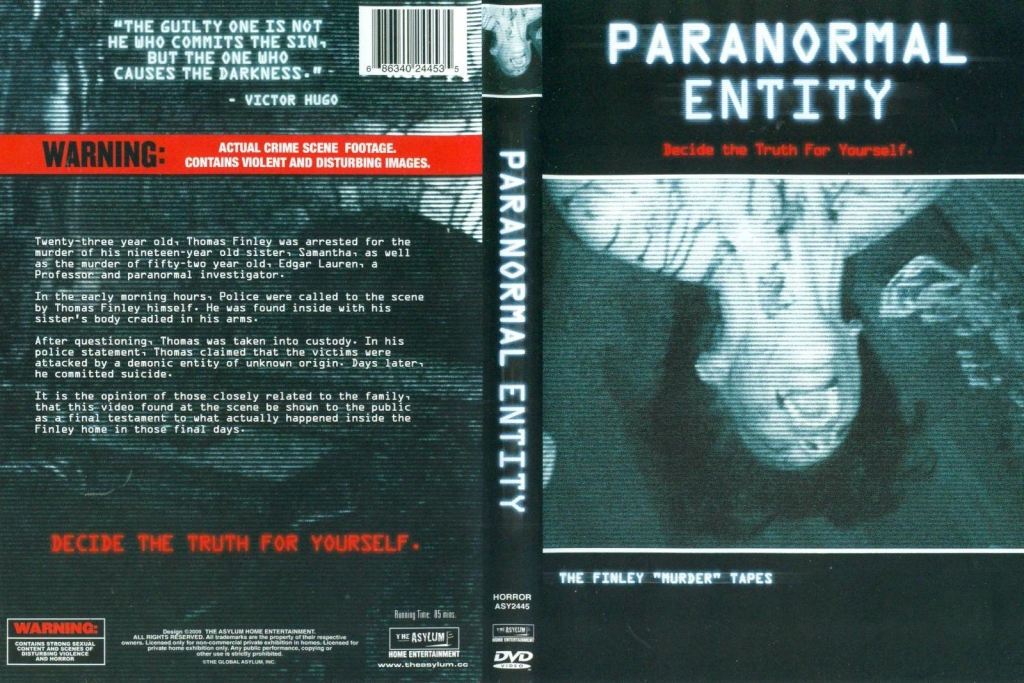 They say imitation is the highest form of flattery. In honor of this age-old saying, all Tubi Tuesday selections for the month of October will be Mockbuster Horror films.  Some are good, some are bad and some are downright confusing.  We kicked things off with the 2006 Asylum Pictures film, Snakes on a Train. This week we dive deep into the confusing Paranormal Entity.

A young couple is tormented by a malevolent spirit that has been attached to a woman since her childhood. Ignoring the request of a psychologist to involve a professional demonologist, the woman’s boyfriend sets up numerous cameras around their household trying to capture paranormal activity on camera.

When the boyfriend resorts to taunting the spirit, the hauntings go from minor inconveniences to full-fledged possession — with the whole thing ending in an unexplained bloody rage. 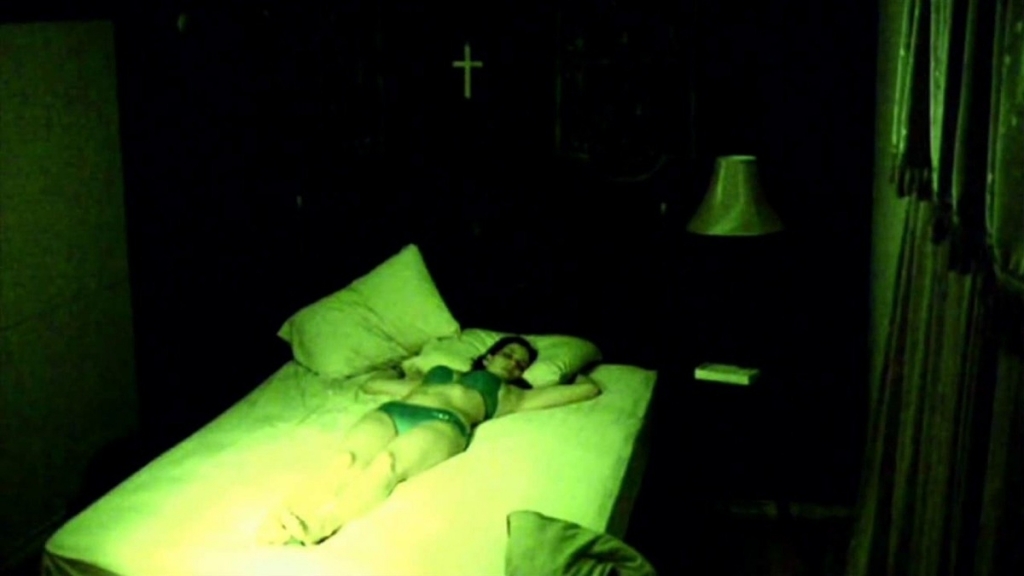 The same exact plot, except this time, the ghost is a pervert.

Paranormal Activity had everything horror fans love about low-budget horror, except for the gratuitous nudity. Thankfully, our friends at The Asylum Studios made sure to add some in when they created their knock-off Paranormal Entity.

While the original film centered around a young couple, the mockbuster follows a mother and her two adult children who are dealing with the supernatural. The son is filming, and it seems like there are just too many instances of him catching his sister walking around in just her underwear, or capturing her sleeping on top of her covers at night half-naked.

To make matters worse, it is revealed that the demonic spirit, Maron, is an ancient German nightmare creature that rapes women in their sleep.  It’s a completely unnecessary thing to happen, but the climax of the film involves the completely nude sister being raped by an unseen force while covered in blood.

Despite the absurdity of it all, this final scene is the only saving grace in this film.

The runtime is 90 minutes, and for a full 89 minutes of the film, nothing of any interest happens.

The characters kind of muddle along with a script that has them seem like they are uncertain what to do next. At one point, there is a scene where the mother says, “We have to go!” She then flip flops on her next line of dialogue telling her son, “Well, someone needs to stay here and deal with this!” This is before she finally breaks down sobbing and repeating over and over. “I don’t know what to do.”

It’s entirely uncertain if this was an actual line of dialogue or just the actor expressing their thoughts.

Typically, Asylum will release their films at about the same time as the original. But in the case of Paranormal Entity, it took a whole two years after the release of Paranormal Activity for this film to find its way into the market. That significant delay, however, did not translate into a more thoughtful product or a more enjoyable viewing experience for the audience.

The truth is, in spite of their reputation for churning out copycat films, Asylum’s mockbusters are typically quite creative. But there is not much to do with a premise as simple as the one in Paranormal Activity, so it makes sense that they would simply add some nudity and call it a day.

Check it out today on Tubi and judge for yourself.