“Run! Bitch Run!” is a sleazy, vulgar, and downright offensive homage to 70s Grindhouse cinema — a real treat for the right audience. 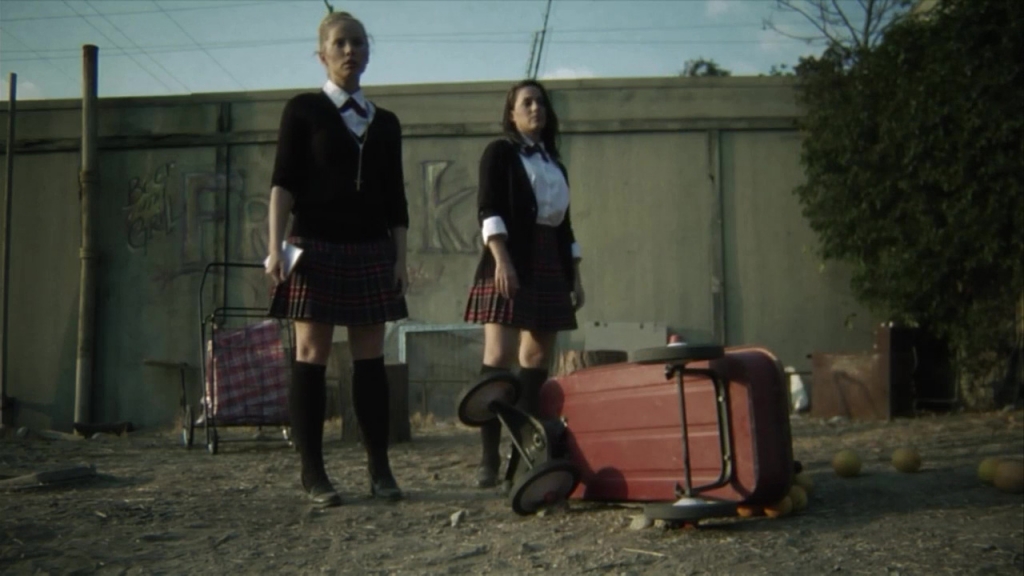 How much of an homage to sleazy Grindhouse flicks is this film?

Run! Bitch Run! opens in a very gross flophouse with four sex scenes, a racist slur, drug use, and a violent stabbing as a prostitute murders a man for calling her a whore. For many of you, this may not be your cup of tea. But for those interested to see where this sleazy flick with a catchy name goes from there, buckle your seatbelts; it’s a wild ride.

After the sex and murder-filled opening credits, we are introduced to the main characters of the film, Catherine and Rebecca, two Catholic school girls going door to door selling bibles in the bad area of town. In true 70s grindhouse fashion, when these characters get introduced, one of them is naked. In fact, by this point in the film, about 10 minutes in, the film has introduced us to five female characters… and four of them have been nude.

To take that step further, every woman in this film ends up naked at one point or another, almost to comedic effect. 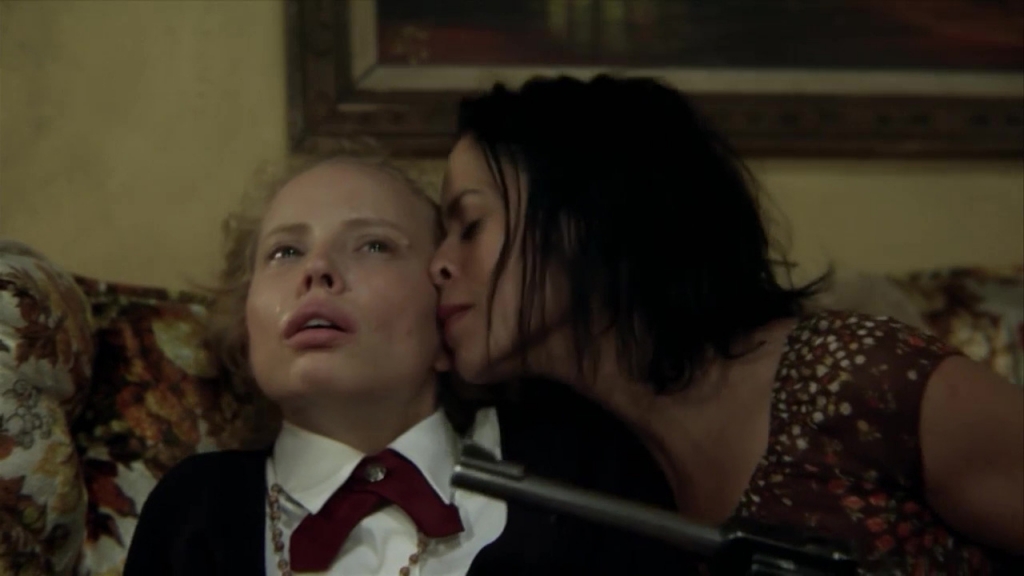 When the two young bible saleswomen are knocking door to door, they stumble upon a woman showering, who opens the front door naked. They almost get robbed by Daeg Faerch, who played young Michael Myers in Rob Zombie’s Halloween. And finally, we get a sleazy man commenting, “If I wasn’t such a righteous man I would pound those girls like the nails in the cross.”

All of this nudity, violence, absurd dialogue — and, of course, sleaze — happens before the two girls even make it to the house where we meet the main antagonists of the film.

Now, at this point, you may be thinking you’ve seen this film a million times before, recalling horror classics such as Last House on the Left, I Spit on Your Grave, and Ms .45. You may even expect the rest of the film to be entirely predictable. And in some regard, you wouldn’t be wrong.

However, it’s how the filmmakers execute the inevitable that makes this film worth watching. 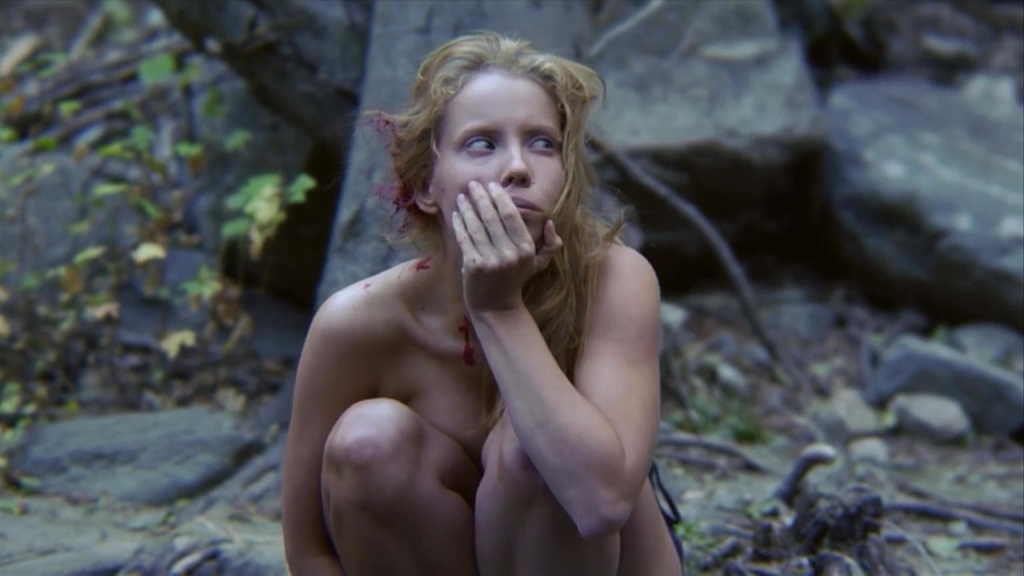 The world of 2009 and 1972 are two very different worlds, with very different standards of what is acceptable in society and how films look and feel. But somehow, someway, the creators of Run! Bitch, Run! pulled off a magic trick and made this modern film feel completely indistinguishable from the 1970s classics it pays homage to — even down to the funky soundtrack and the inevitable bloody revenge where Catherine trades in her schoolgirl uniform for one of a candy striper nurse before blowing everyone away with a shotgun.

To be honest, this film is not for everyone.

For the people who can stomach the onscreen offensiveness, this is an excellent rape-revenge horror film of superior film quality.  It doesn’t look any cheaper than 70s films, and the acting is actually pretty good when the characters aren’t doing something repulsive.

For the average viewer, I would give this film a -1 out of 5 and urge you to steer clear of it. However, for those who have seen Faces of Death multiple times and want to take a walk on the wild side of horror, this film gets a solid 4 stars.

Check it out now, if you dare, streaming for free on Tubi.