If you’re tired of all these (insert expletive) snakes on a plane, how about on a train — with a bonkers script and laughable CGI? 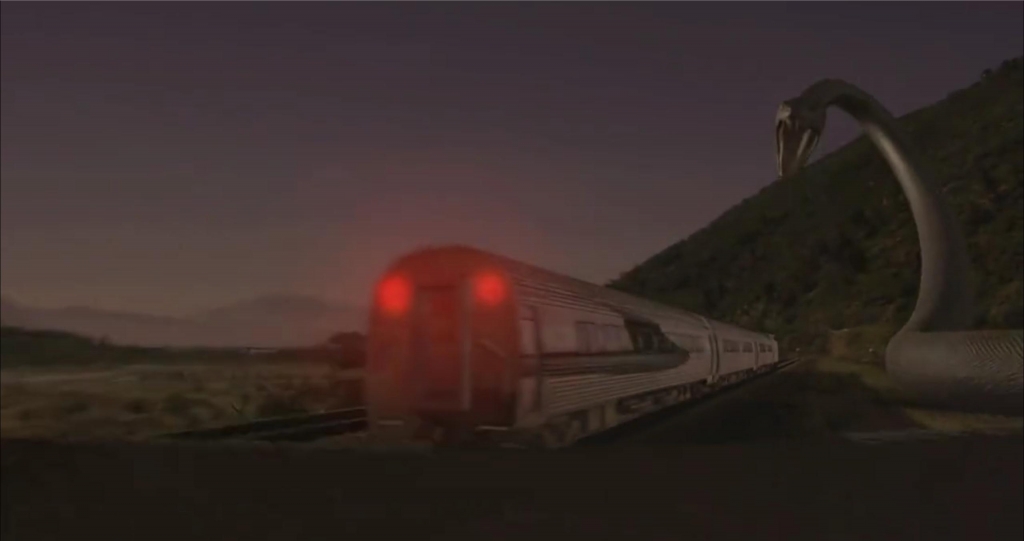 They say imitation is the highest form of flattery. In honor of this age-old saying, all Tubi Tuesday selections for the month of October will be Mockbuster Horror films.  Some are good, some are bad and some are downright confusing.  Kicking things off is the 2006 Asylum Pictures film, Snakes on a Train.

A high-priority witness who is going to testify against a mob boss is escorted by an FBI agent, played by Samuel L. Jackon, on a non-stop plane ride from Hawaii to Los Angeles. Little do they know, the mob boss has a time-release crate of venomous snakes planted on board. To make matters worse, he sprays all the passengers with snake pheromones to make the serpents extra aggressive so they will bite everyone and bring the plane down. 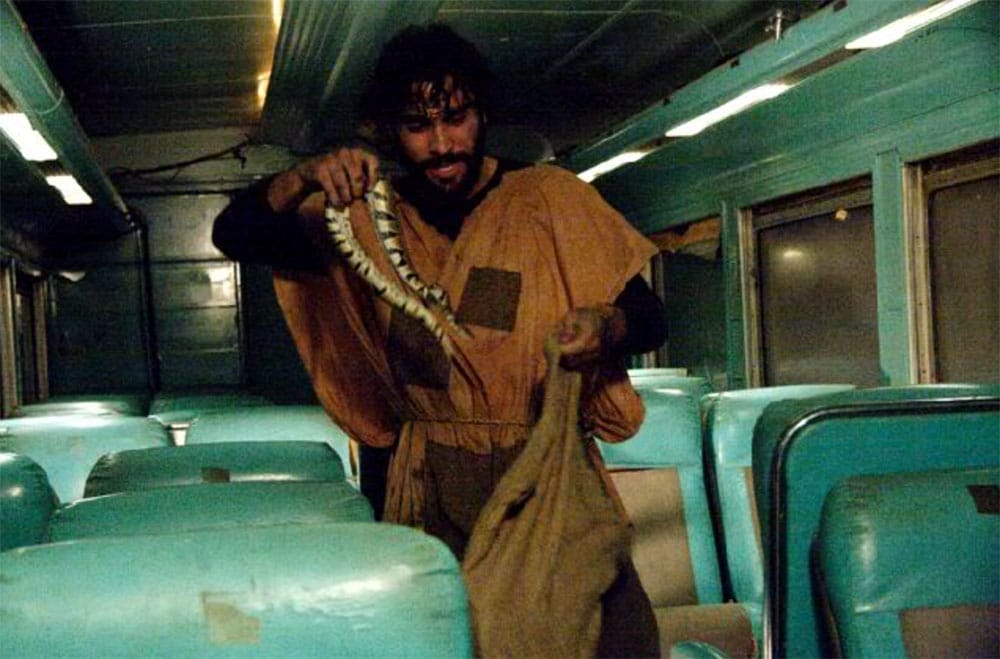 A woman has been put under a Mayan curse that causes snake eggs to hatch in her stomach that she pukes up constantly. In order to save her own life, she must travel by train from Mexico to Los Angeles to meet up with another shaman to lift the curse. The train eventually comes under attack by train bandits, and the puke snakes start attacking everyone on the train.

Eventually, the woman transforms into a gigantic snake and eats the entire train.

Asylum Studios is well known for its mockbusters that have similar names to famous films. They are often produced in a very short time frame so they can be released at the same time as the major motion picture release. In the case of Snakes on a Train, it was actually released straight to video three days before Snakes on a Plane was released in theaters. 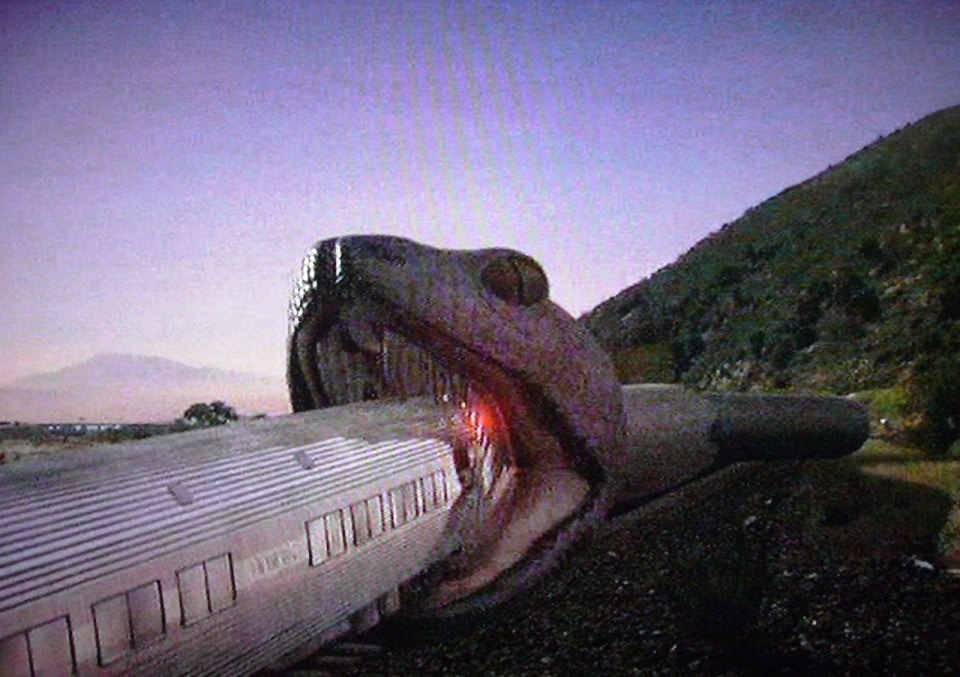 It would appear that the creators of the mockumentary only knew that they needed to get snakes on a fast-moving means of transportation; the rest they just adlibbed.

The majority of the movie is just a woman puking up green jelly and then the camera cutting to a very small gardener snake squirming around in the jelly. There is unnecessary nudity, pointless violence, a nonsensical storyline, and a ridiculous CGI snake that appears with no explanation whatsoever at the end of the film. What’s not to love?

Enjoy this cheap ripoff of a cult classic today, streaming for free on Tubi.