The only thing worth watching the low budget slasher “Laid to Rest” for are the effects and kill scenes…but, oh my, are they truly worth watching. 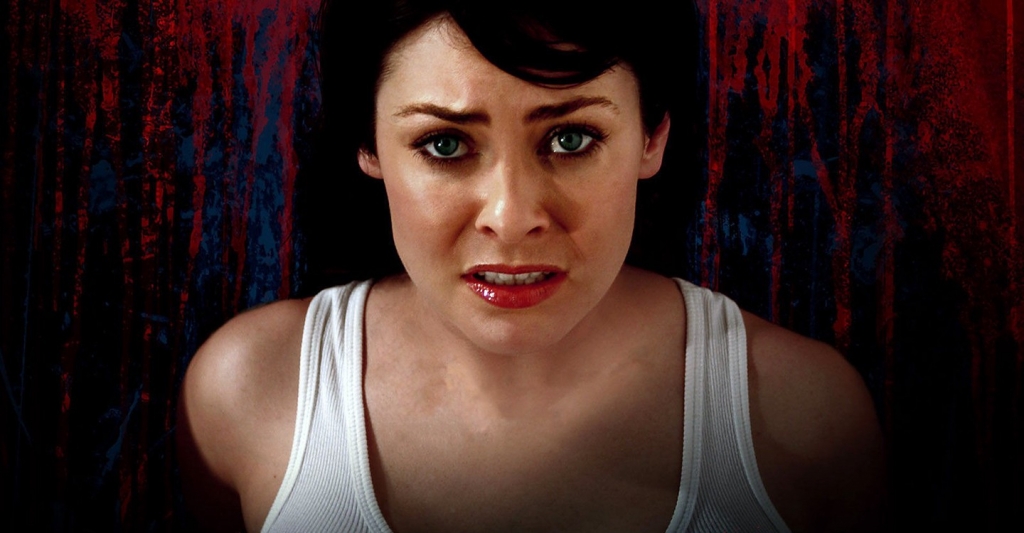 Sometimes a horror film can be a transcendent piece of art — a lovely story which reflects the modern time perfectly. Horror films can often be thought provoking, insightful and impactful. And, of course, sometimes they are just about decapitating people with Bowie knives. Laid to Rest is one of those films.

A warning for anyone preparing to watch this film: Do not pay attention to the “story” or dialogue; seriously, it may cause severe headaches. Being nice, based on script alone, I would give this film a one star rating. But the special effects are so absolutely incredible that, like a rising tide lifting all boats, it elevates the whole film to four star territory.

The film opens with an unnamed woman (Bobbie Sue Luther) waking up in a coffin, with no knowledge of how she ended up there. Now, typically when amnesia is introduced in a horror film, the person doesn’t know their name or where they are. But Laid to Rest takes things a step further. This woman doesn’t even know common words. I’m not kidding. She calls the coffin a “dead box” and she calls the killer’s knife a “sharp thing”. For unexplained reasons, she does remember to dial 911 but calls the police “cop lady”.

This continues for two thirds of the film as she wanders about like a baby learning new words, while everyone around her gets murdered in horrific fashion. 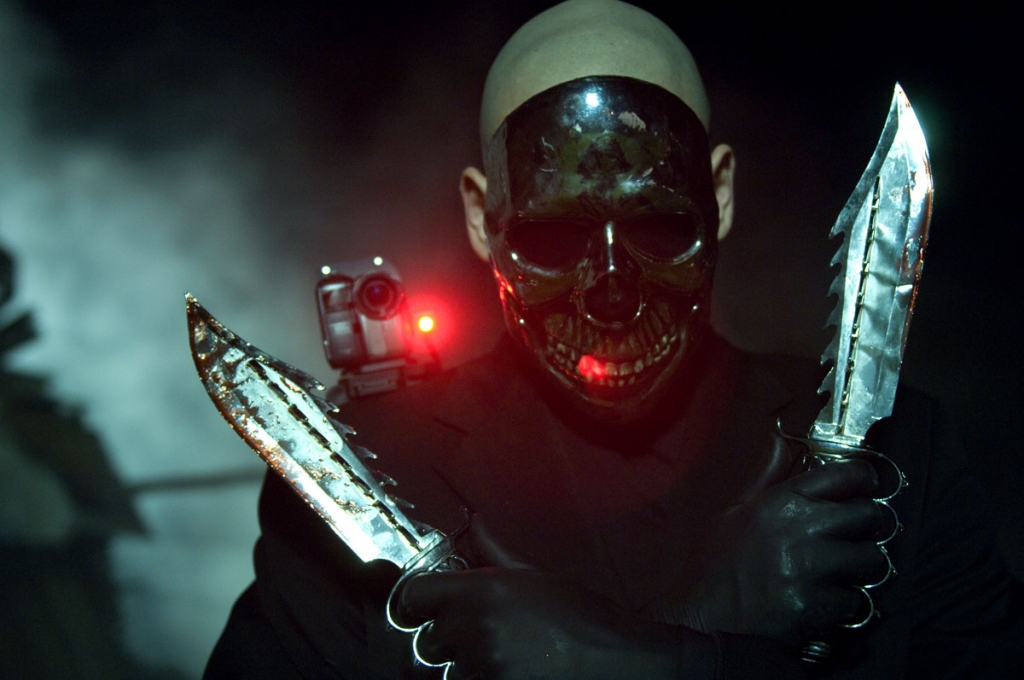 As she stumbles on the road, she is picked up by a good samaritan, Tucker (Kevin Gage), who brings the mysterious woman home to his wife Cindy (Lena Heady). They just assume she’s been beaten up by her boyfriend because she can’t speak proper english. They give her one of Tucker’s old shirts and a fancy pair of shoes to “make her feel better”. But it doesn’t matter, as soon the slasher known as ChromeSkull shows up and rips Cindy’s throat out with his large chrome knife before jamming it through her skull while Tucker and the woman watch helplessly.

They try to run, but oh no, Tucker’s car ain’t got not gas! And their phone got shut off a few months back. They wander in the woods until they stumble upon the home of Steven (Sean Whalen), who remarkably is also without a phone. But he does have the internet to contact the police. There’s just one problem: he basically has AOL and Windows 95, so it’s essentially useless.

The trio end up shooting ChromeSkull and stealing his camera that he has mounted on his shoulder. Then the mysterious woman becomes mysteriously infatuated with it — so much so that she decides to bail on Tucker and Steven to go to a local party store to get batteries.

Of course, this is really just an excuse to introduce more victims for ChromeSkull to decapitate, disembowel, rip their faces  off, explode their heads with shotguns and inject tire sealant into their ears until their head explodes. 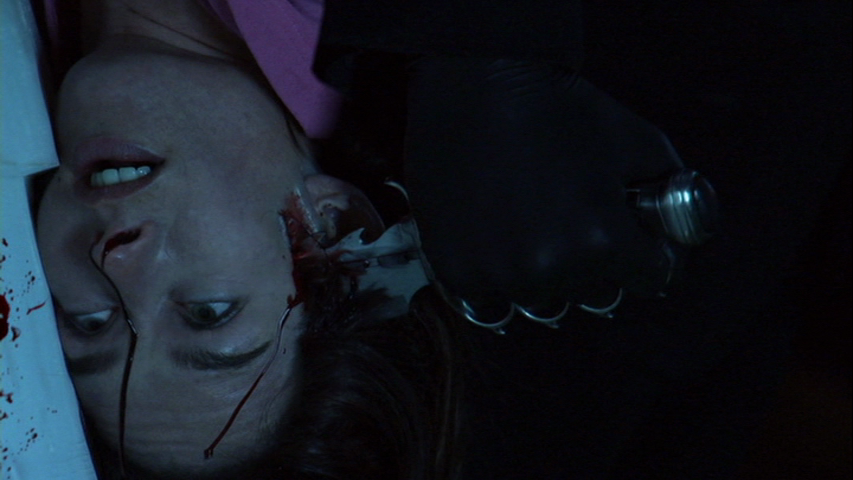 The film is so absurd that when we have the final showdown between ChromeSkull and the mysterious woman, ChromeSkull actually ends up killing himself in the most bizarre way possible.  As they fight, the woman knocks off his chrome mask. He pauses to retrieve it. After applying what he thinks is medical adhesive to the mask, he puts it back on and his face starts to melt, because apparently someone swapped the medical adhesive for acid or something.

He collapses on the ground, his whole face peels off as he tries to pull off the mask, and then his whole head melts before the mysterious woman bashes his face with a baseball bat. She then rides off into the sunset headed for Atlanta with some random dude who was just waiting outside of the market in his car while all this insanity went on inside.

Most of the “story” exists only to introduce victims for ChromeSkull to kill. 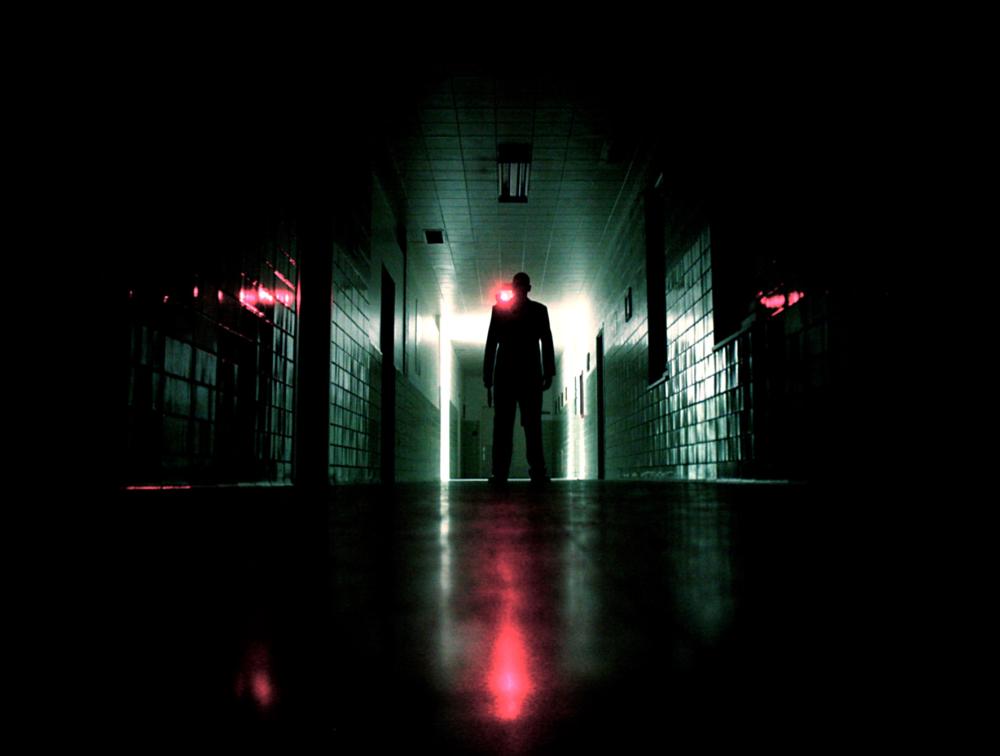 The kill scenes are long and drawn out so that the special effects team can fully shine. But it will leave you the viewer yelling at the screen, “Run, stupid!” as the remaining characters stand around and watch ChromeSkull decapitate people for an absurd amount of time.

If you’re looking for something profound, this is definitely not it.

But if you are looking for some gory fun, where you can just turn your brain off and enjoy the awesome effects, then check out Laid to Rest now on Tubi.