We kick off 31 days of Halloween with the excellent horror anthology “All Hallows Eve” that launched a franchise and introduced us to Art the Clown. 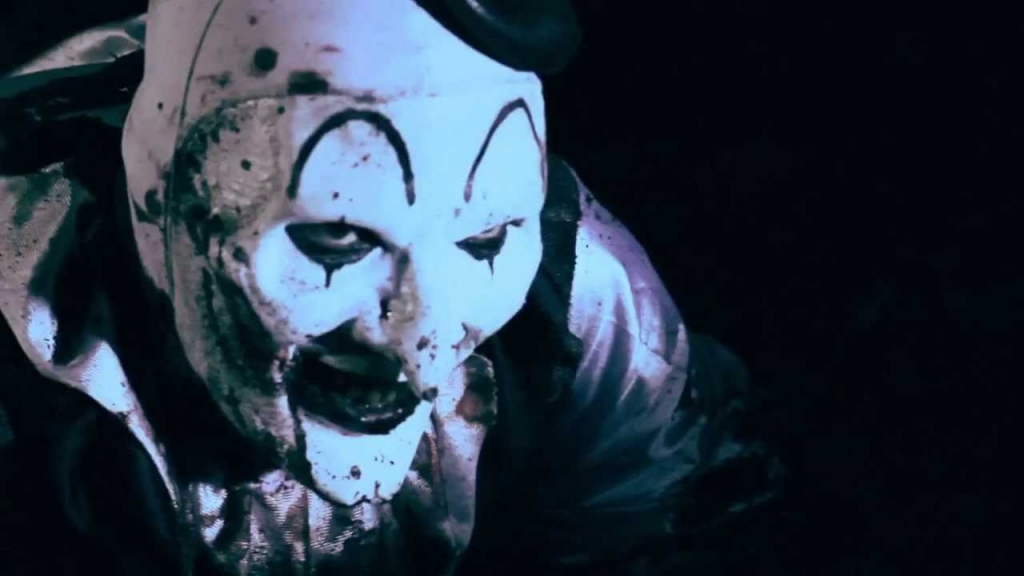 It’s October, and you know what that means?  Halloween is upon us!  In celebration, this month’s Tubi Tuesdays are all Halloween themed, and this week’s recommendation is the 2013 horror anthology All Hallows Eve.

Directed by Damien Leone, All Hallows Eve follows a babysitter tasked with watching two kids on Halloween Night. While going through their massive candy haul, she finds a mysterious black VHS tape mixed in with the Laffy Taffy and Tootsie pops.  After much discussion, the kids finally convince the babysitter to allow them to watch the mysterious tape, and that’s where the horror begins.

The mysterious black VHS tape with haunting images is a common plot device in many horror movies, and it’s curious as to why.  I put a bit of thought into, and I think I figured it out.

In the not so distant past — in the world where video rental stores were all the rage — we horror fans would go out every weekend and find a mysterious black tape, bring it home and become terrified by it.  You would go to a local flea market and find some ancient, weathered import of some Lucio Fulci film to watch with friends. And some of us even had that one friend whose older brother’s cousin got him a copy of Faces of Death.

The mysterious tape is how many of us learned about horror in the days before movies had Twitter pages and offered a constant stream of sneak peaks and teasers.

It’s no wonder so many movies explore the idea of a haunted tape.

In the first sequence we meet the main villain, Art the Clown. In this spooky short, he meets a young woman in a bus station and scares the hell out of her with his squeaky horn. He ends up kidnapping her and offering her to Satan in some weird ritual with freaks, weirdos and newborn baby blood.  I’m told by the great and powerful Wikipedia that this is footage from an early short by the director.

After the kids have gone to bed, the babysitter continues to watch the film.  The second sequence is a bizarre alien invasion and a painting of Art the Clown that may be behind it all.

The third sequence follows a young girl who is hunted by Art the Clown after she runs into him as he is busted pissing and shitting on the walls at a gas station. In an almost supernatural way, he hunts her through the woods until he finally catches her, chops off all her arms and legs, and carves the word slut into her stomach.

Yeah, it’s intense — but not as intense as the fourth sequence, which follows the babysitter as she confronts Art face to face when he climbs out of the television and into reality. 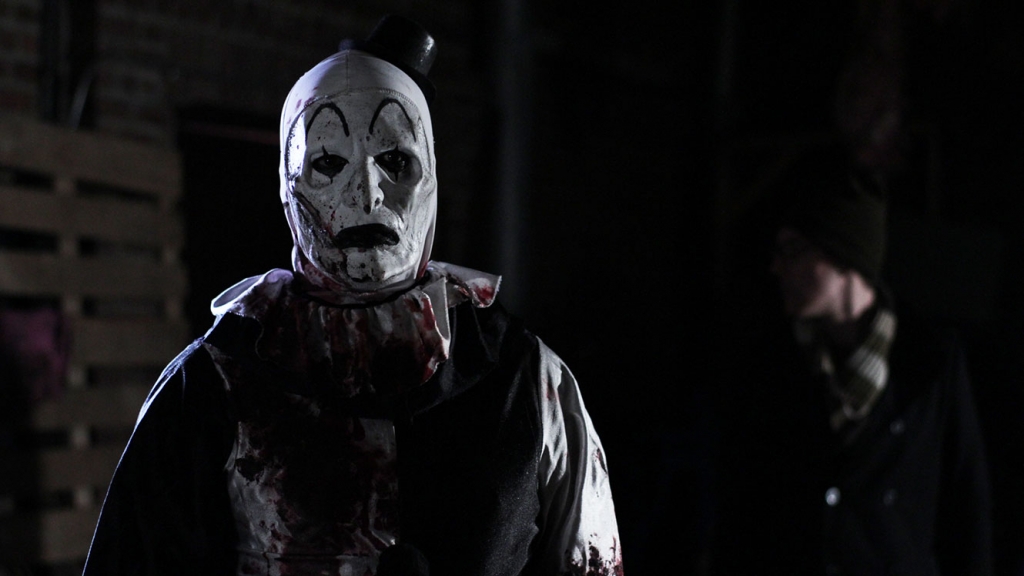 All Hallows Eve is a fantastic Halloween themed horror film and an outstanding entry in the anthology sub genre.

Many horror anthologies are just a collection of shorts without much of a narrative structure tying them together. But this one perfectly blends each of the shorts into the overarching narrative.

The popularity of All Hallows Eve started somewhat of a franchise, with a sequel released two years later and an Art the Clown stand alone film (Terrifier) in 2016. And thanks to a recent wildly successful crowdfunding campaign, fans can look forward to Terrifier 2 coming soon.

You can check out where it all started now by catching All Hallows Eve for free on Tubi. It’s the perfect way to kick off the best month of the year!