“Oculus” is an ambitious, early film from budding horror legend Mike Flanagan and WWE Studios that swings for the fences and pulls no punches. 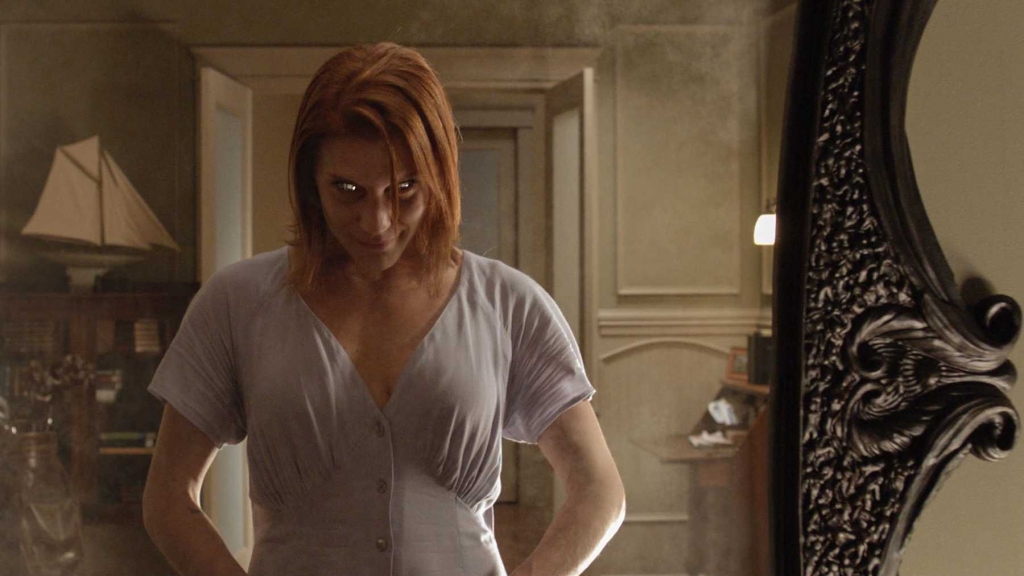 Oculus was produced in part by WWE Studios, the wrestling people. Viewers might be inclined to dismiss films from a production studio like WWE in favor of something more “classy” like Blumhouse or A24. How could a company famous for cage matches, spandex, and steroids know anything about horror? You may be shocked to learn that many of your favorite independent horror creators were given a platform by WWE Films early in their careers.

For instance, before the Soska sisters remade Cronenberg’s classic Rabid, they were making films for WWE like See No Evil 2. Steven Kostanki, famous for his cosmic horror, The Void, directed their 2018 Leprechaun reboot. Andrew Currie, director of infinitely hilarious zombie comedy, Fido, did a film for WWE in 2012 called Barricade.

While it may have been a total flop that was panned by the critics, WWE Studios gave Brad Peyton the opportunity to make his horror film Incarnate in 2016. Since then, Peyton has directed Hollywood blockbusters, including San Andreas and Rampage. For a company synonymous with pile drivers and headlocks, WWE certainly has a good eye for horror directors, as shown by their track record.

If Oculus were a WWE match, it would probably be a No Holds Barred match, or maybe a Street Fight.

For those not in the know with wrestling lingo, those two match types are essentially the same. The two wrestlers can do whatever they want with no fear of disqualification. The only difference between this and a street fight is that, in a street fight, you wear jeans.

Oculus breaks all the rules when it comes to a standard haunt. Usually the whole house is haunted. But in this film, it’s an ancient mirror, the Lasser glass, that’s haunted. Everyone who owns this mirror ends up dead in violent ways. Typically, the folks in the film are not aware that they are being haunted by said object, but in Oculus, they know full well. The brother-sister team, who act as the main protagonists of the film, set out to prove the mirror is haunted by filming their interactions with it.

Soon, after some lengthy exposition about the terrifying history of the mirror, the movie puts on the proverbial jeans and transforms from a simple haunt into a possession film. 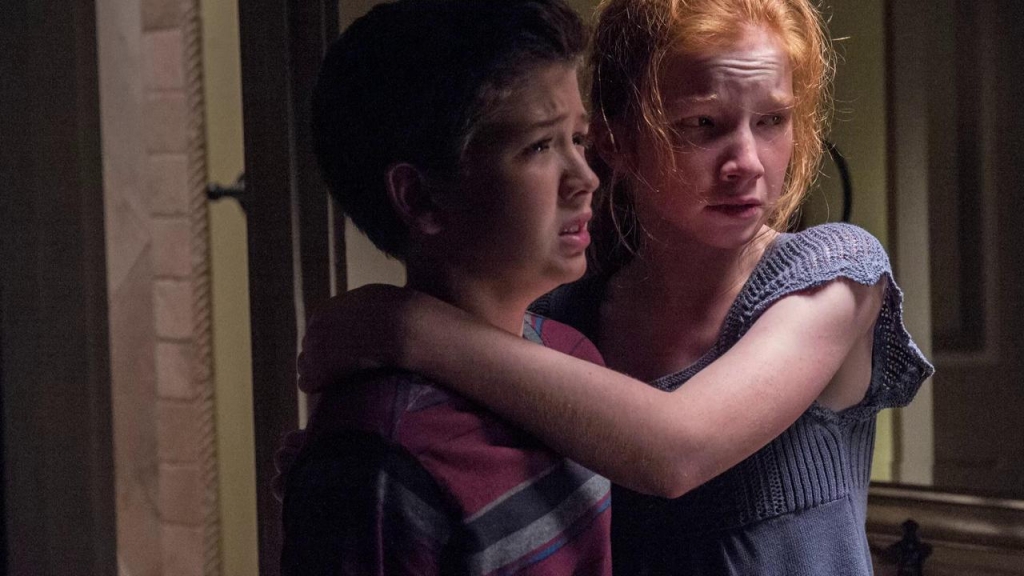 The film bounces back and forth between two timelines.

The first being the present where the siblings try to prove the mirror is evil, while the mirror manipulates their surroundings by shifting space and time, turning apples into lightbulbs and back again. The second timeline follows the siblings 11 years earlier as their mother and father, influenced by the mirror’s powers, descend into madness and try to kill each other and their kids.

The multiple timeline are really ambitious, merging as the film moves into the third act — wildly vacillating between the adult siblings running from the ghost of their parents to the child versions running from their actual parents.

The whole thing is a bit difficult to follow, but I commend the writing team for trying something different.

Overall, Oculus is a unique and interesting film which gives viewers a glimpse into the mind of Mike Flanagan.

You can trace his works from this film to Hill House and up to Doctor Sleep, watching the evolution of his creative voice the entire way.

Oculus is a fantastically confusing film that pulls no punches when it comes to what matters most, scares and gore. Check it out now, while it is streaming for free on Tubi.