Dark and disturbing, “Chained” gives a depressing and horrifically realistic look into the psyche of a serial killer and what makes them tick. 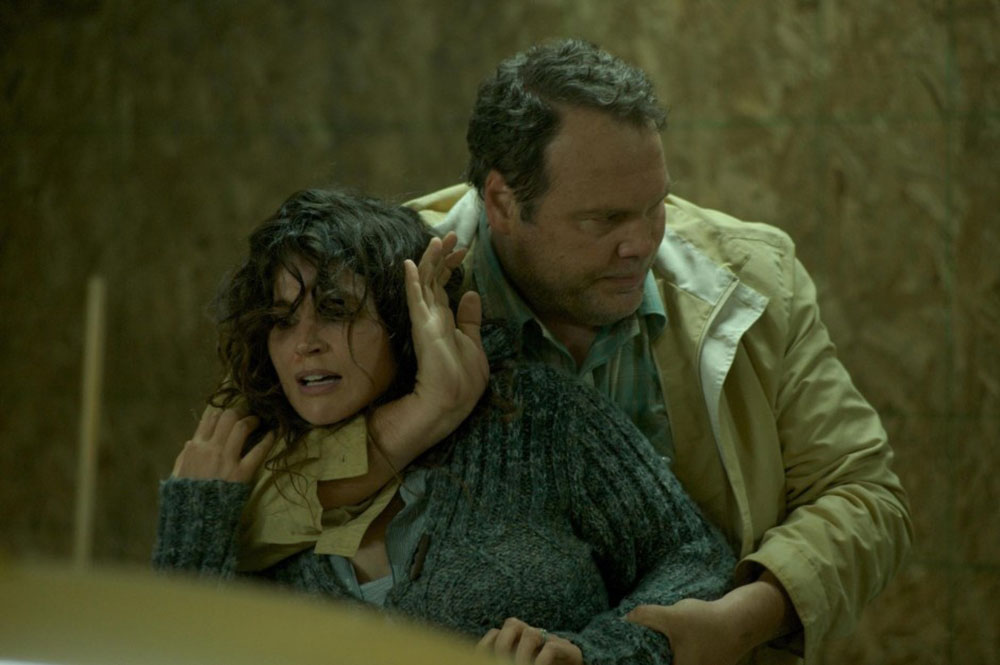 The more realistic a horror movie is, the more disturbing it often is to audiences. A film about a cannibalistic humanoid underground dweller doesn’t pack the same punch as a film about a serial killer who lives next door. The reasons why are obvious; the more fantastic, the greater the suspension of disbelief. The closer to reality, the more you could imagine that this could happen to you.

This week’s Tubi Tuesday is a raw look inside the mind of a serial killer, a film that rivals Henry: Portrait of a Serial Killer in terms of bleak, unsettling cinema: 2012’s Chained.

The film opens with a young Tim (Evan Bird) and his mother (Julia Ormand) going on an excursion to watch a scary movie. On their way out of the theater, they hail a cab driven by Bob (Vincent D’Onofrio) and soon find that he has passed their stop and driven them far out into the countryside. Bob takes the pair to his house where he violently rapes and murders Tim’s mother. Instead of murdering the boy, he keeps him as a slave and renames him Rabbit. 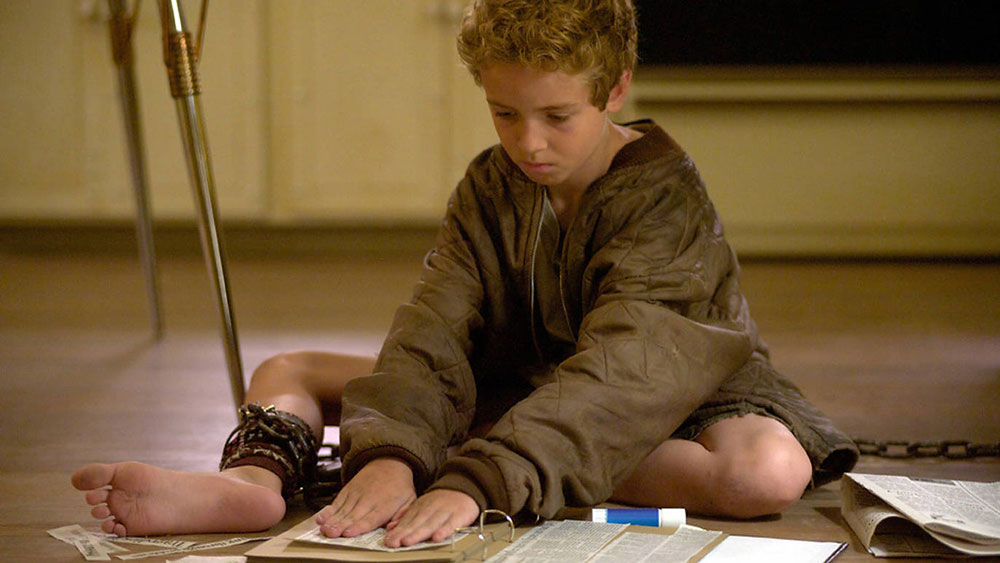 The film gives few quick glimpses of the life that Rabbit has under the control of Bob. Rabbit is to make him breakfast every morning, keep the house clean, and only eat the scraps Bob leaves behind. Most importantly, when Rabbit hears the buzzer go off, he must unlock the door so Bob can bring his next female victim into the house. Once Bob drags the women to a backroom to violently rape and murder them, it’s Rabbit’s job to clean up the mess and bury the women.

One day, Rabbit tries to escape. Bob takes drastic measures and chains Rabbit to the wall where he is to remain for life.

Once the basic premise is outlined, we flash forward many years to find Rabbit (Eamon Farren) as a grown man, still chained and cleaning up after Bob’s murders. This is where the film really cranks up the level of disturbing — as if a child burying murdered women wasn’t disturbing enough. Bob feels that Rabbit needs to be a man, and the only way to become a man is to rape and murder.

There are not too many movies that really dive into the psyche of the murderer. 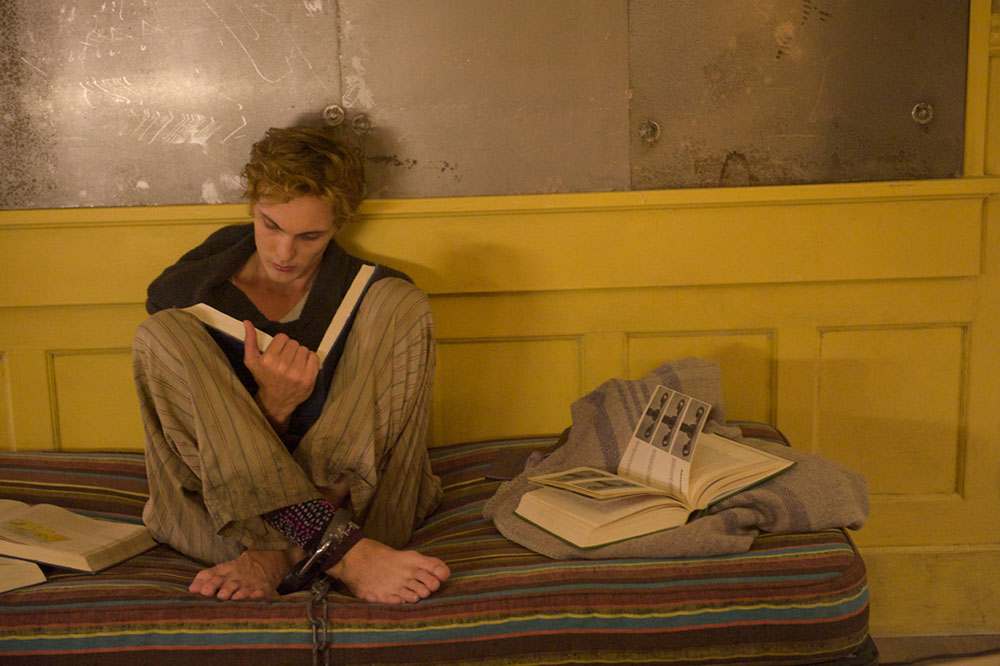 Typically, a horror film will keep audiences guessing on who the murder is for the duration of the film, revealing only at the end that it’s the mother getting revenge on camp counselors for letting their son drown, or something similar.

Chained does an interesting job of letting you know exactly why Bob does what he does through intense flashbacks and dream sequences. It provides a haunting reminder that these types of serial killers often are sociopaths and don’t feel what they are doing is wrong.

At one point, Rabbit, after having completed a scrapbook of news articles about Bob’s killing, asks, “Why do you do what you do?” Bob responds, “What the hell are you asking?”  It’s as if he feels the answer is so completely obvious that the simple inquiry was too much to ask. 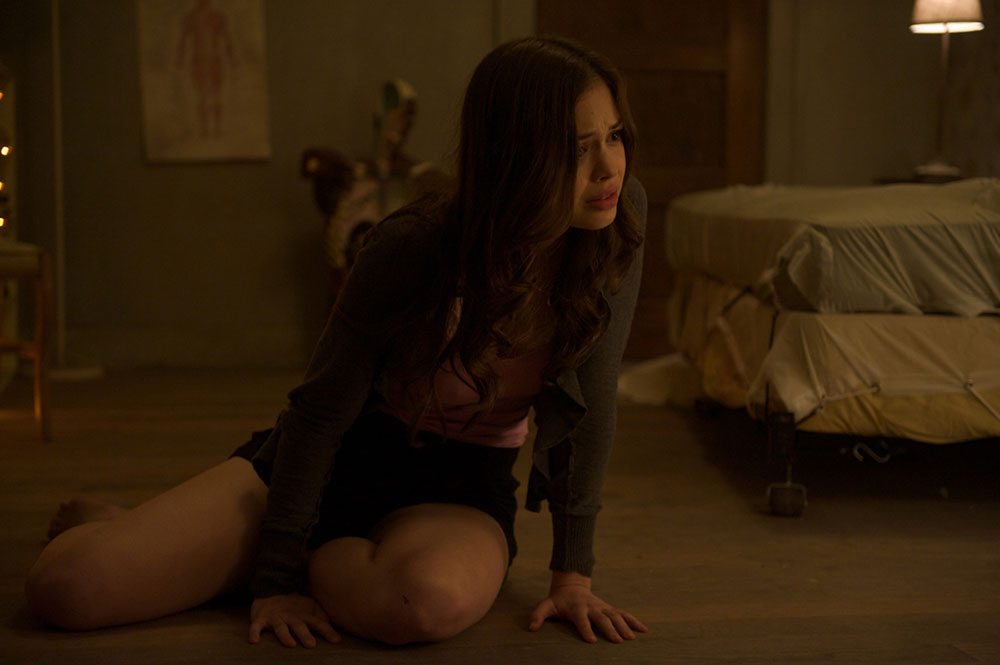 I found this to be a bit shocking at first as the numerous women in the film are nameless, faceless victims. You see them only as Bob drags them into the house and punches them in the face, and afterwards when Rabbit drags their bodies into the cellar for burial. All discussions of women treat them like objects. For instance, Bob says he kills because the women are sluts and whores. They are only good for sex and to be killed.

It’s interesting that there is no powerful female character, no break out piece of dialogue from a women. They are just bodies to push along the distrurbing dynamic between Rabbit and Bob.

You might think from watching the film that it was directed by some man who gets off on the torture and objectification of women, but that’s not the case.

The film lurches along at a slower methodical pace. 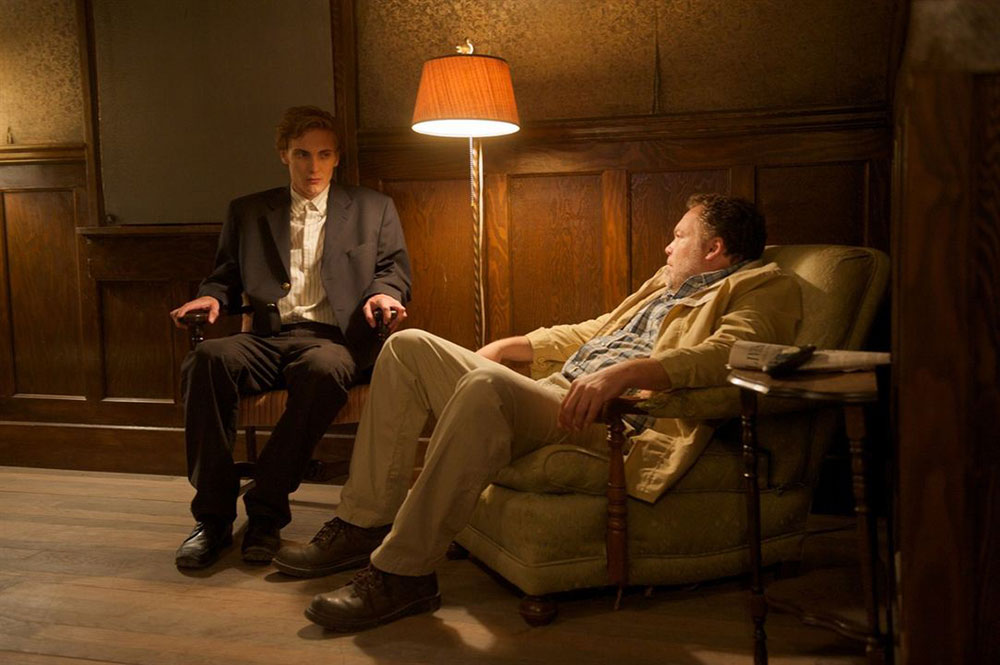 When it finally reaches its crescendo, there’s a twist that feels a bit lazy and slapped together. However, that doesn’t really take away from the overall quality of the film. Chained is real, raw, and highly disturbing.

I would suggest folks who typically steer clear of films like Henry and Maniac perhaps think twice about watching this one. It is very, very dark and macabre, so be forewarned. But it’s also an excellent film with one of the most depressing stories I’ve ever seen put to celluloid. So if you can handle it, it’s definitely worth a watch while it’s streaming for free on Tubi.