26 Short. 26 directors.15 countries. One fantastic film that you can stream today for free on Tubi. “The ABCs of Death” has something for everyone. 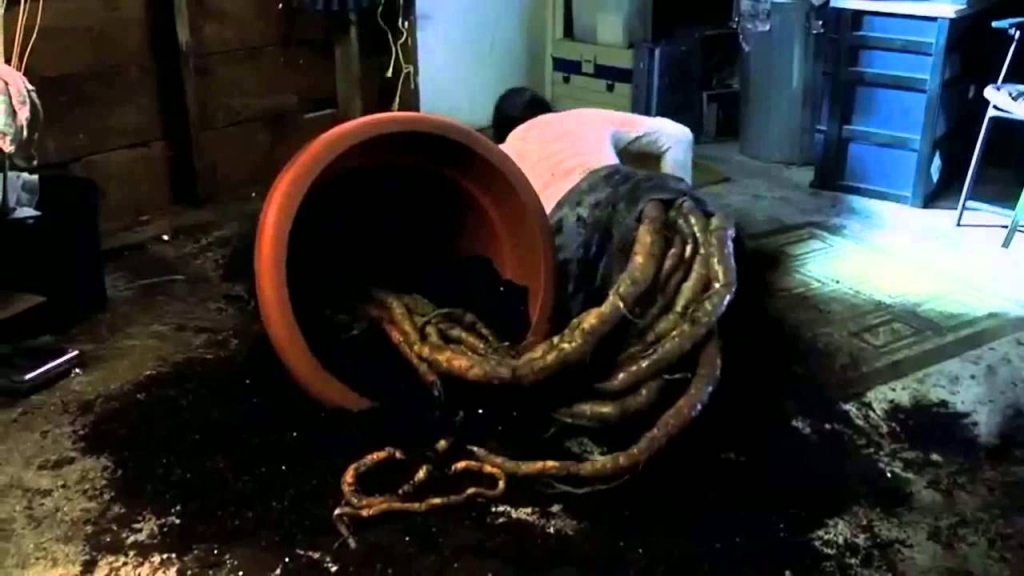 Quite often in these Tubi Tuesday segments, I use them as a platform to boast about how the horror genre is the best and most unique in all of cinema. This week is no different.

An aspect of horror which does not exist in other film genres is “The Short”. Sure, short form cinema exists in other genres. But the well is not half as deep, except for maybe animation. And still, in the world of animation, shorts are created but never turned into a full length film. In contrast, many of the horror greats started as a short by an ambitious filmmaker. 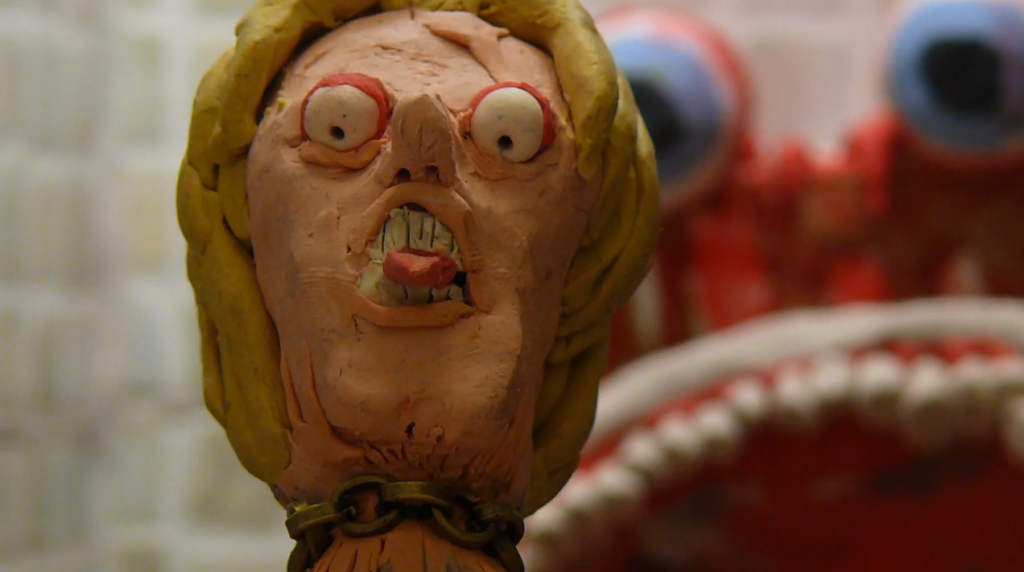 For instance, The Evil Dead started as Within the Woods. Takashi Shimizu’s short In The Corner eventually turned into the J-Horror classic Ju-On: The Grudge. And most recently, a ten year old short called Monster was finally picked up and turned into a modern masterpiece, The Babadook.

This week’s Tubi Tuesday is a collection of shorts 26 shorts from up and coming directors from fifteen different countries, 2012’s The ABCs of Death.

As there are 26 short films, this article would be impossibly long if I reviewed each. So I am going to touch on just a handful that hit some highs and lows.

Let’s start with D is for Dogfight. 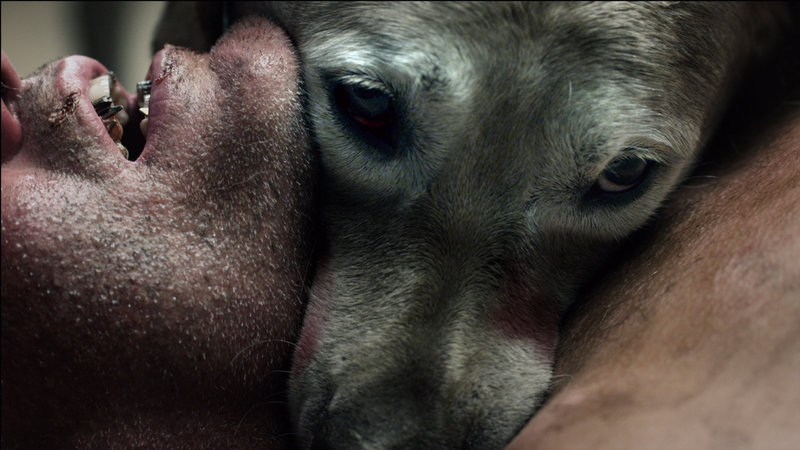 Directed by Marcel Sarmiento, D is for Dogfight is probably the most fawned over of all the entries by the film critic elite, and for good reason. The film opens with a guy getting his hands taped up, presumably for an underground fight. But when he gets into the ring, he finds that his opponent is a dog. What follows is an amazing, slow motion shot, highly visual and dialogue free trip to insanity and back.

In this short, you get a full and complete story full of emotion and deep backstory, which makes this short stand out amongst the rest of the 26. 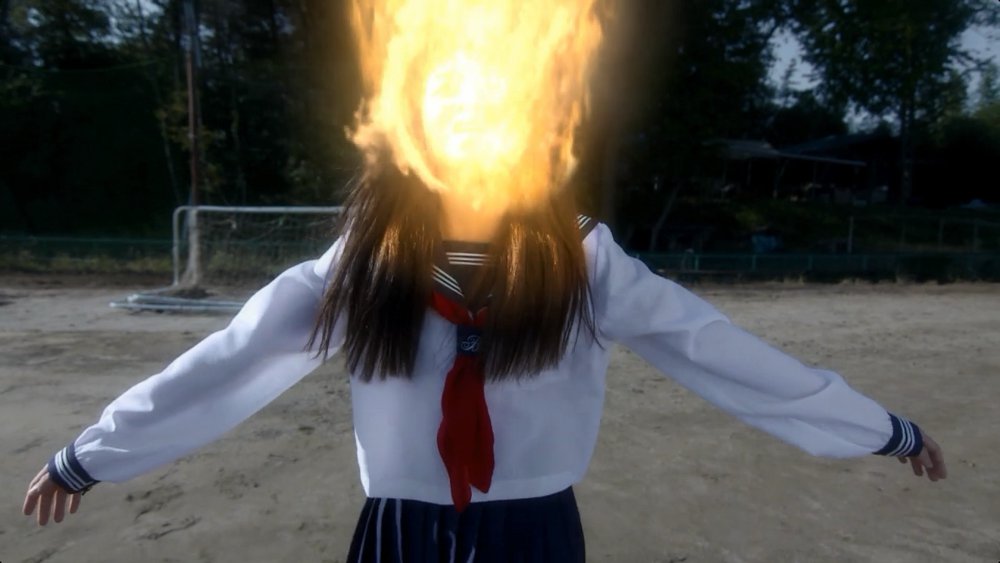 Part apocalyptic horror, part existential romance film and part…uhm…school girls farting on each other. Any fan of Takashi Miike and absurd Japansese Horror will absolutely love this one.

If you think this is insane, please reserve your judgement until the end for Z is for Zetsumetsu. This short is made by “The Japanese Tom Savini” Yoshihiro Nishimura. And it is basically naked women fighting with a giant penis. Yeah, be prepared.

A fantastic section of the film is LMNOP. 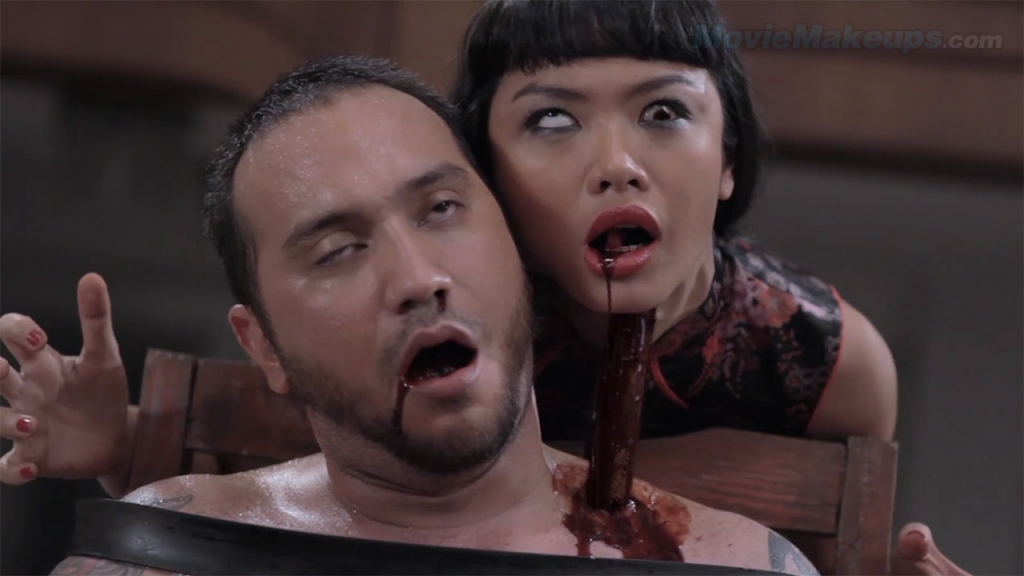 This includes L is for Libido which is a weird mix of Saw and 120 Days of Sodom. If you can imagine that in your head, I’m sorry. There is M is for Miscarriage, which is a Ti West film that somehow manages to be a slow burn with a shocking ending — at only 45 seconds long.

N is for Nuptials is about a parrot and a jealous girlfriend. O is for Orgasm is as high art as high art can get. And finally, P is for Pressure is a very real and raw display of the life of a poor prostitute trying to make a living for her and her 3 children.

My favorite though is S is for Speed. 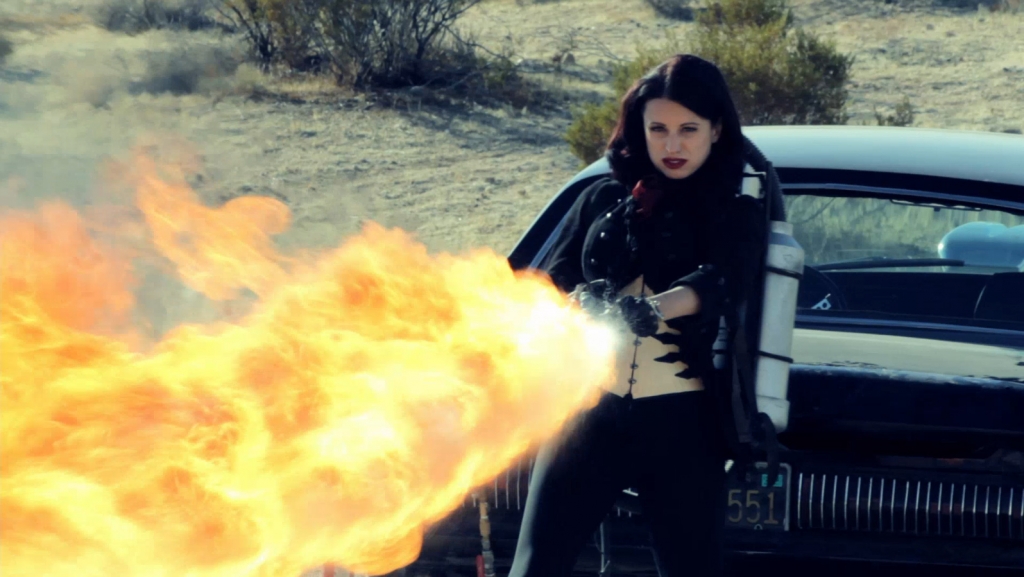 It starts out as a pseudo-Faster Pussy Cat, Kill Kill! homage with two leather-clad, red-lipsticked girls in the desert running from a hooded figure. They run and run from the figure, and finally their car runs out of gas. One of the girls offers the other to the figure in black to protect herself, but to no avail. She takes his hand. And, boom. They awaken in a drug den. The girl who took the hooded figure’s hand is dead, overdosed.

The surviving girl finds more drugs and shoots up, rocketing her back to the desert to battle against death once again. It’s simple, it’s pure, it’s almost a sliver of The Seventh Seal with the fight against death. I love the symbolism with overdose, and I just downright love this short — so much so that I am tracking down films by the director Jake West, fiending for more. Pun intended. 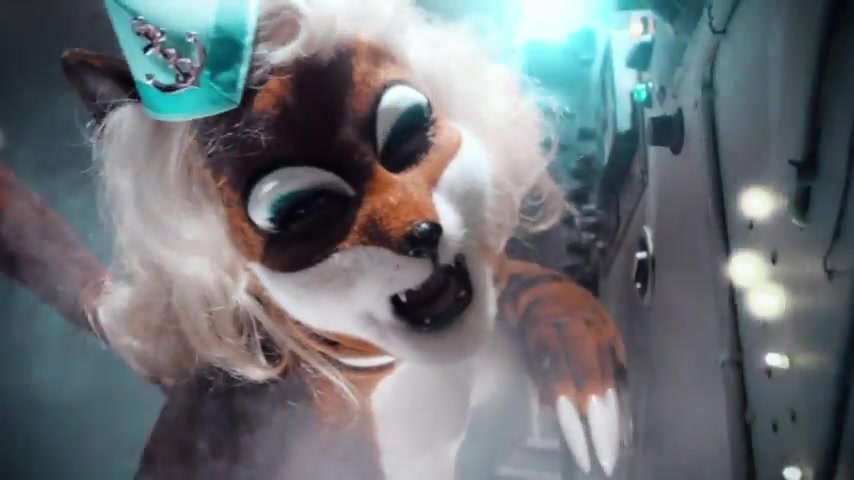 The ABCs of Death has something for every kind of horror fan that may exists.

While some of the entries may not be for you, just wait a letter or two and you might find something you love. When you do, track down that director and support their art even further. Who knows? One day your favorite short may end up as a full length feature film!

If you’re looking for something unique to the horror genre to watch this week, check out The ABCs of Death streaming now on Tubi.