Rob Zombie’s “The Lords of Salem” may not be his most celebrated work, but I’d argue it’s his best — a beautiful and haunting film worth a second look.

Where Lords of Salem excels beyond Zombie’s other films, and most films from the decade for that matter, is in its horror. This is one dark, creepy film with demons and witches lurking in every corner and dark shadow, high tension, an unnerving story, and a spectacular performance by Sheri Moon Zombie.

Where some of Zombie’s other films tend to focus on the aesthetic of some its greasier characters, or their insanity, Lords of Salem focuses squarely on the horror.

And, to me, that’s why it’s his best work to date. 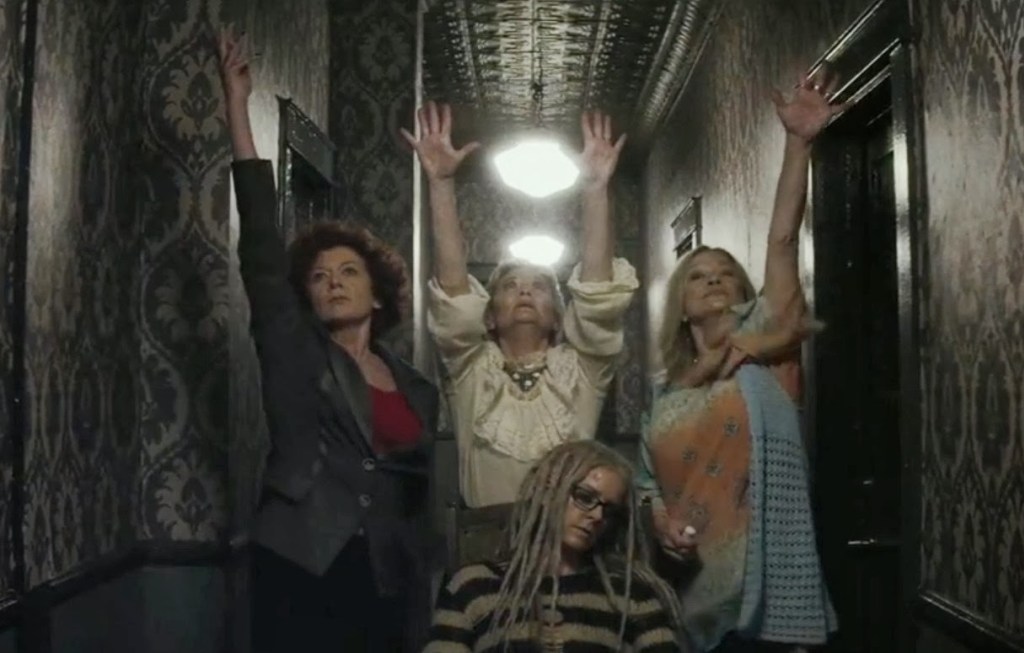 The film follows Heidi (Sheri Moon Zombie), a local radio DJ and recovering drug addict  in Salem, Massachusetts, who one day receives a very creepy sounding anonymous record from a band named The Lords. She plays the record on her radio show (the show’s co-host is played by Ken Foree, who Zombie frequently casts in his movies). And not only does the record sound like some ominous satanic dirge, but it also causes the women in the town to act strange.

We soon find out from a conveniently placed Salem historian that the Lords were a real group of witches who existed during the trials. They played music that would control women and thus were put to death, but not before putting a curse on the whole town.

Now if there is any filmmaker who could effectively pull concepts from Rosemary’s Baby, mix in elements from City of the Dead, modernize it and add in a cursed record, it’s Rob Zombie. 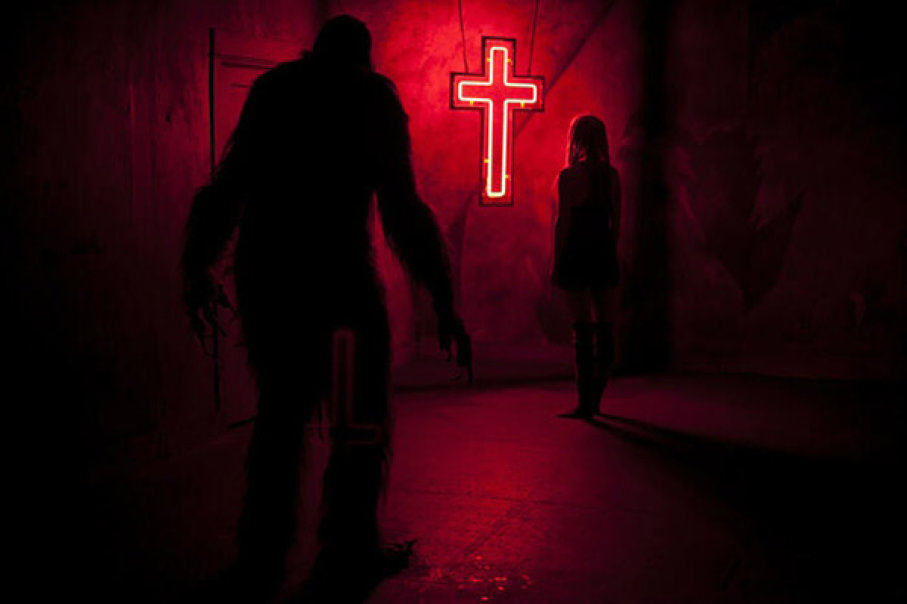 But the film is so much more than that.

It’s gloriously beautiful, especially the scene where Satan is revealed to Heidi, set to Mozart’s Requiem.  You expect the heavy metal singer to make an epic shoot out set to Freebird. But you probably don’t expect opulent chandeliers and Lacrimosa.

There are a few reasons I select a film for Tubi Tuesday. And I always try to mix things up so I can recommend films to suit a wide range of tastes and different types of horror fans. In the case of Lords of Salem, I intentionally wanted to pick something recent and mainstream.

The secret to this whole thing is I’m not just suggesting movies, I’m watching right along with you. Each Tuesday, I work from home, and I watch horror movies on Tubi that I then share with all of you.

Now, I should be honest that I watched Lords of Salem when it was originally released. At the time, I had mixed feelings about it, probably because it was so close to the release of Zombie’s earlier films, and I was expecting something totally different. That being said, I am no longer suggesting this film because it’s recent and mainstream, a swift left turn from some of the schlock I suggest here from time to time. 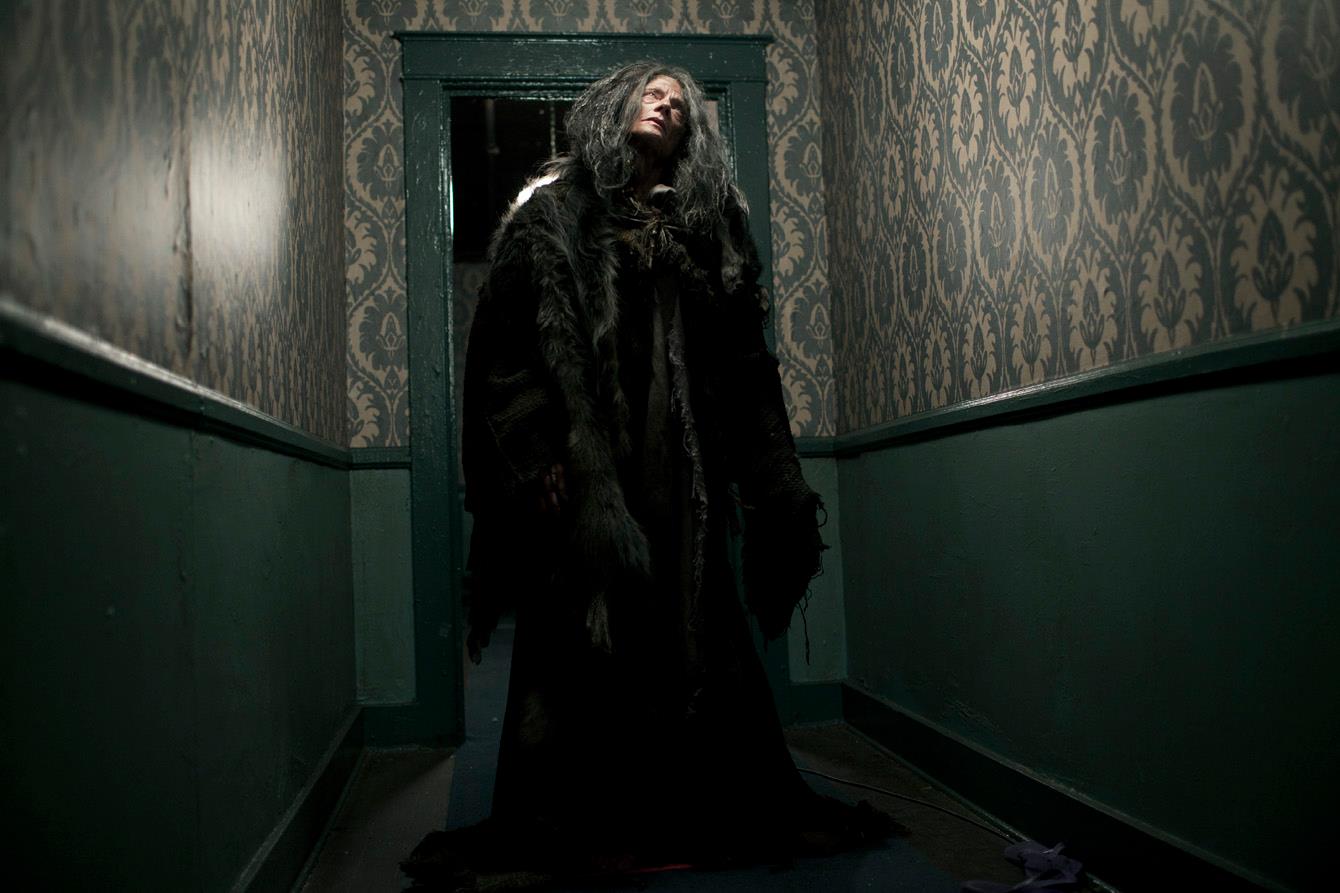 No, I am suggesting this because I want folks to go out and give this one a second chance.

To this day, Lords of Salem ranks low in the discussion of Zombie’s greatest works, and also in the ranks of best films of the decade.

And I, too, was once in that boat of dismissing this movie as fluff. But I implore you, take this opportunity to go back and rewatch this amazing film. I guarantee your mind will change.

Lord of Salem is dark, drab, macabre and haunting.

It’s got all the strong horror elements we love — from demons in shadows, an evil witch coven, and a depressing and nihilistic ending reminiscent of so many classic movies about satanic cults throughout the years.

So whether you’ve seen it before and dismissed it, or if you never got around to checking it out, now is the perfect time for a watch or rewatch while Lords of Salem is streaming for free on Tubi. I think you’ll find you may be ready to embrace a new favorite.