An excellent debut film from an up-and-coming director, this week’s Tubi Tuesday is a gift to cryptid connoisseurs: the entertaining and unexpected “Hoax”. 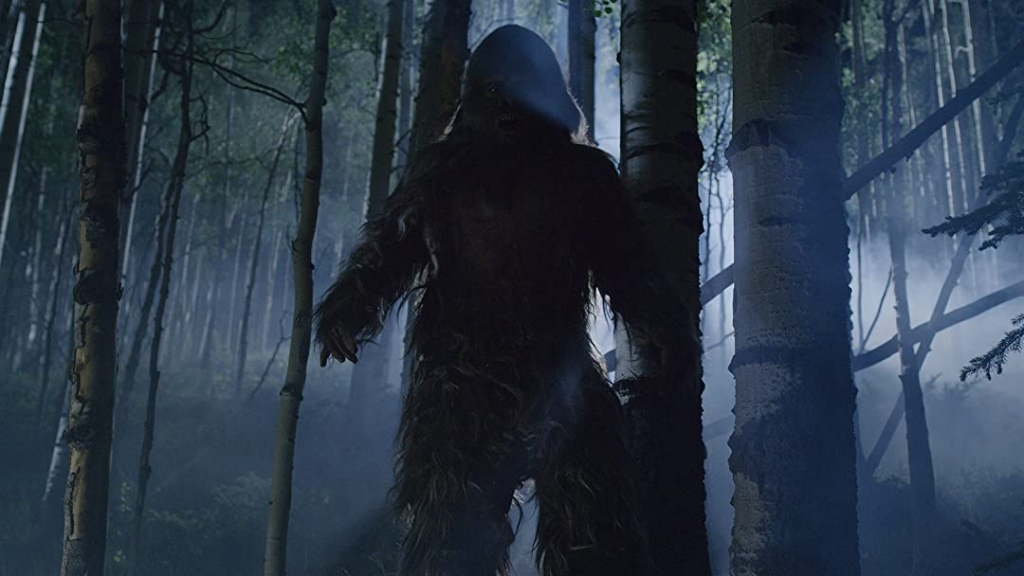 Throughout December, we have been celebrating A VERY CRYPTID CHRISTMAS, with an entire month dedicated to films about Bigfoot. Our final recommendation is one that goes from pretty plain, generic and borderline boring for the first two acts… only to fill the screen with pure insanity during the final act.

Warning, there will be spoilers ahead.

I don’t often include spoilers in reviews of films but it’s worth it for this one. And honestly, these spoilers don’t ruin the film; they enhance it.

Absolutely everything about this film is standard horror fare for the first two acts of the film. It’s almost as if the film were created by some sort of artificial intelligence algorithm that was presented with hours of low budget horror and asked to replicate what it had seen. Hoax opens with some college coeds camping in the woods. They are drinking, smoking weed and having sex. Literally, there are two sex scenes going on at the same time, which are rudely interrupted by an unseen force that begins ripping them apart one by one.

The opening credits gives us an indication that the bodies were never found, and some locals suspect bigfoot was the culprit.

If this film were actually created by an artificial intelligence algorithm, it would probably give us a generic, sleazy TV producer type hungry for a sensational expose — a last ditch effort to save his career. Enter Rick Paxton (Ben Browder). The AI might then introduce a strong female lead, like a primate expert who, despite her kind heart and willingness to help others, finds herself broke and receptive to a lucrative offer of $10,000 to help the producer track down bigfoot with his film crew. Enter Dr. Ellen Freese (Cheryl Texeira).

The artificial intelligence would likely fill out Rick’s crew with a bevy of run-of-the-mill characters you’ve seen in every horror movie before.

We’d get the dark and brooding local who knows the land and is searching for his missing daughter (Cooper, played by Max Decker), along with the annoying airhead and drunken diva TV host (Bridgette, played by Shoshana Bush). We’d also expect the goofy bigfoot expert, a cartoonish film crew full of horror movie junkies, and a hardass ex-marine working security (played by the legendary villain Brian Thompson).

Throw in an Adrienne Barbeau cameo, and you have everything you need for a very generic romp through the woods, searching for bigfoot, while people start disappearing and tensions mount. 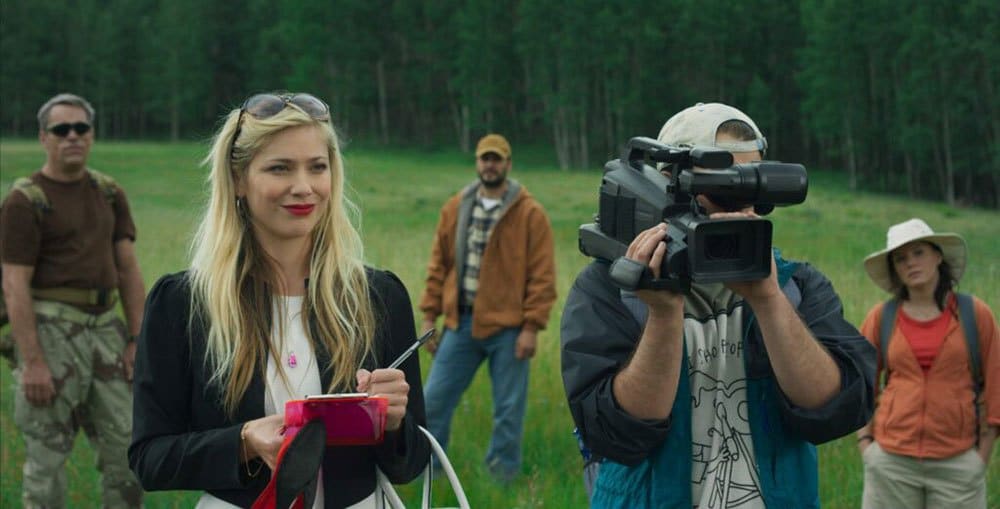 The film is pretty lackluster until there are about 30 minutes left in the film.

Up until this point in the film, everything has been predictable. But everything changes when (and here come the big spoilers), sleazy TV producer Rick Paxton pulls out a gun and starts executing people.

Rick going all Rambo on the crew lights a wick of insanity that makes this film explode. At the end of that wick is a group of hillbilly cannibals that kidnap the surviving members of the film crew and beat their heads in, disemboweling them.

In the case of poor Cooper, the cannibals start carving him up like a Christmas ham while he’s still alive, cooking his ankle meat in a cast iron skillet with butter and garlic. One hillbilly even appears with the corpse of Cooper’s daughter, whom he dances with along to some creepy old music. It’s absolutely batshit crazy.

If this film was created by an artificial intelligence, somewhere towards the end of the movie, that AI got hacked, all of the data got corrupted, and the resulting output was hillbilly maniacs. 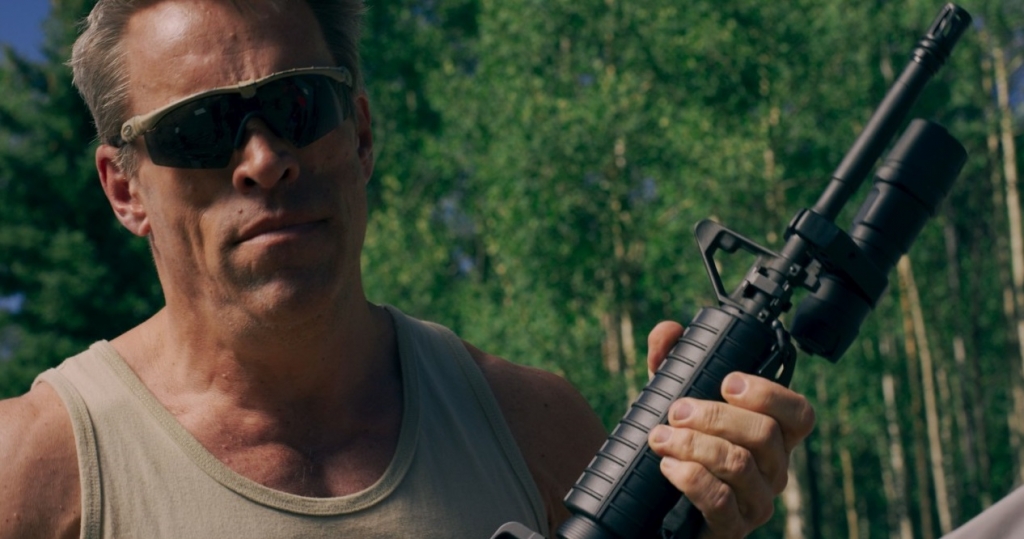 After a false ending with Dr. Ellen Freese escaping the hillbillies and being saved by OnStar, Bigfoot finally appears in all his hairy glory and rips Rick Paxton apart. As the credits roll on this film, you will be astounded, confused, and thrilled to have witnessed such an insane and enjoyable film.

Hoax is a wonderful low budget film that takes the kind of chances with its story telling that you will only see with a low budget, independent film like this. Check it out now on Tubi.

2020 was a bizarre and strange year for all of us. I would like to thank everyone who follows this series for checking in every week and checking out the films recommended. This Tubi Tuesday column is basically me going through my queue on Tubi and writing about it. Watching these bizarre horror movies helped me get through this bizarre year, and I hope this column did the same for someone else.

If you missed any of the films this year, check out the archives on this site, as well as this Letterboxd list. Hope to see you next year!