While “Ms .45” may not be the most popular film in the rape-revenge sub genre, it’s one of the best — focusing more on vengeance than victimization. 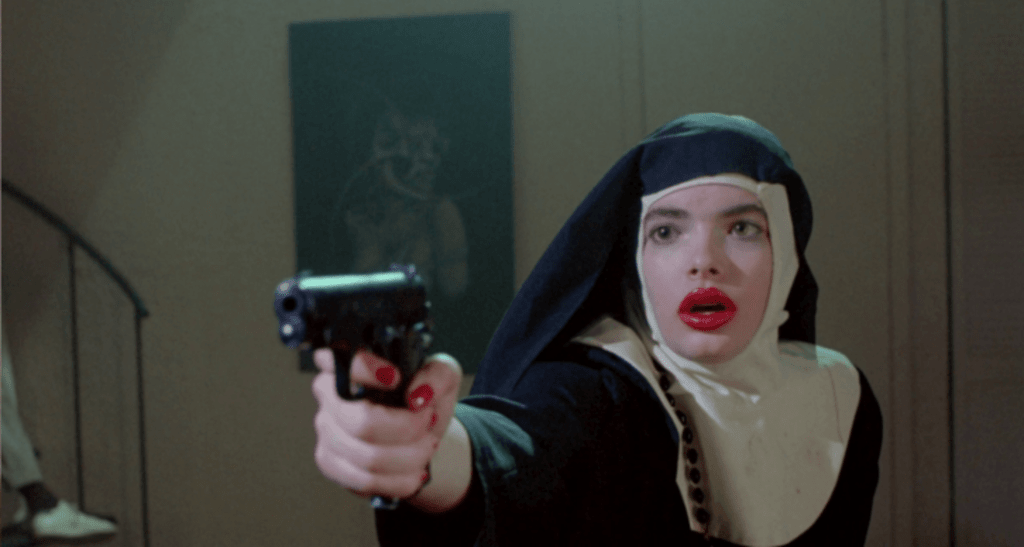 In my opinion, this week’s Tubi Tuesday, Ms .45, is the best rape revenge horror film of all-time. Sure, there are classics like Last House on the Left and I Spit on Your Grave that often are touted as the best of the genre. But these films focus on the rape and not so much the revenge. Ms .45 focuses more on revenge, and that’s just one of the reasons why this film is the best.

The premise of the film is simple: a mute seamstress is raped twice in one day and then goes on a killing spree.

The great thing about this film is it gets all that out of the way very quickly. Within the first few minutes, you are introduced to Thana (Zoe Lund). She is attacked once in an alley on her way home from work, by director Abel Ferrara, and then once again when she arrives home by a burglar, who she bashes in the head with a small figurine.

From about the seven minute mark on, the film is in full revenge mode. 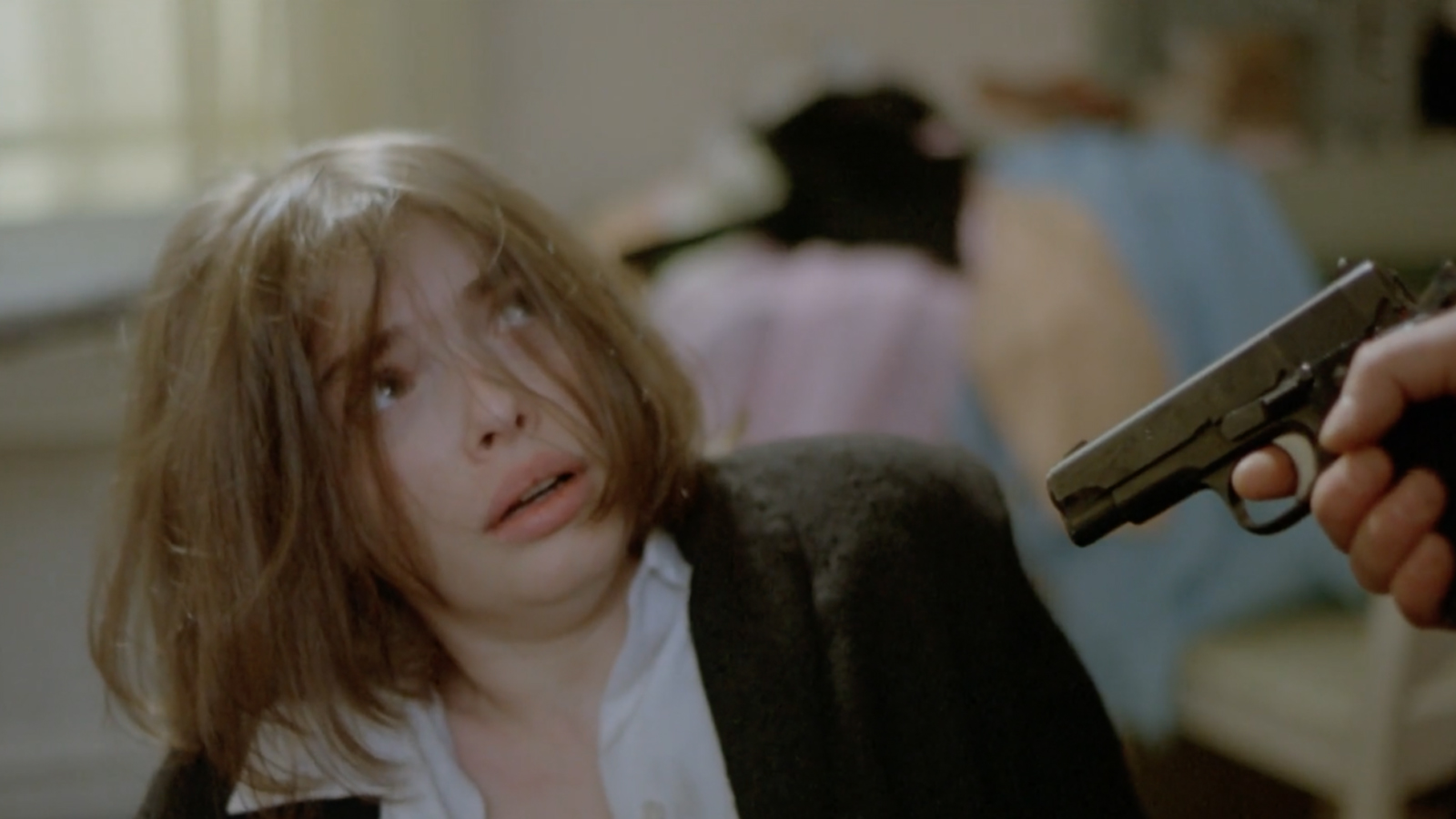 After a short mental breakdown in the shower, Thana chops the burglar’s body up and stashes it in her refrigerator. She takes trips into the city to dispose of parts of the body. On one of those trips, an innocent bystander thinks she lost her bag. He chases her into the alley as a good samaritan. But rocked by trauma, she draws her pistol and shoots the man dead. The murder empowers her, and her bloodlust grows.

She knows what she must do: kill bad men.

She murders a creepy photographer who gets a little too handsy and seems like he only wants to photograph her nude. She shoots a pimp who is beating up a prostitute. She even shoots an entire gang of nunchuck-wielding psychos in central park one night. Seriously, she walks into the park, onto a strange ornate bronze circle, and some extras from The Warriors armed with nunchucks surround her. She then executes all of them.

Her murdering spree does not end there. 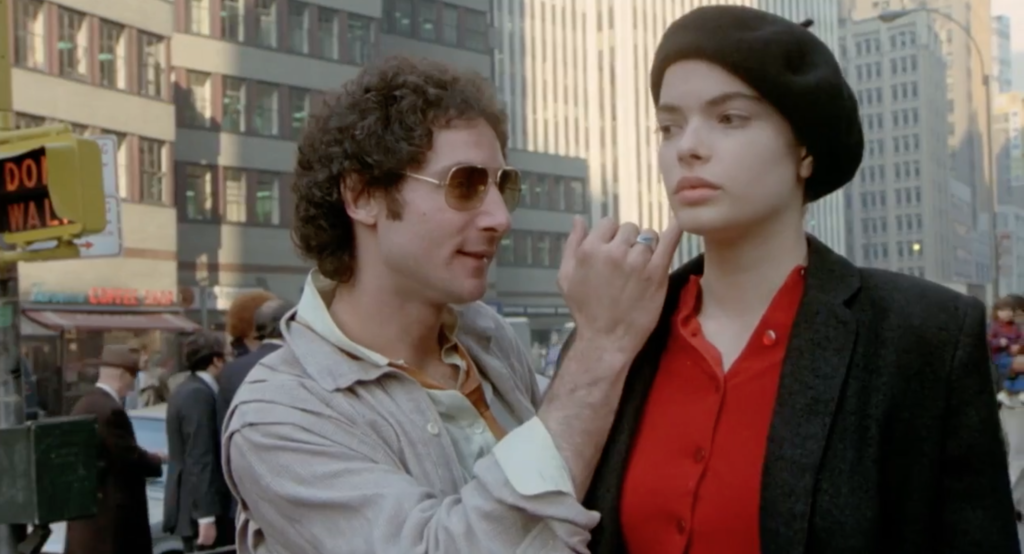 Shortly after she murders the nunchuck gang, she leaves central park and is picked up by the mother of all stereotypes — a Saudi Arabian businessman tries to buy her. He’s shot in his dick for his trouble.

She even tried to murder a lonely businessman. But when her gun jams, he takes his own life. It’s all utter insanity.

The film reaches its epic climax at a fashion industry Halloween party. Thana shows up dressed like a nun, wearing heavy red lipstick, and starts shooting every man.

Ms .45 is wild, exciting, and an absolutely insane and dangerous piece of cinema. 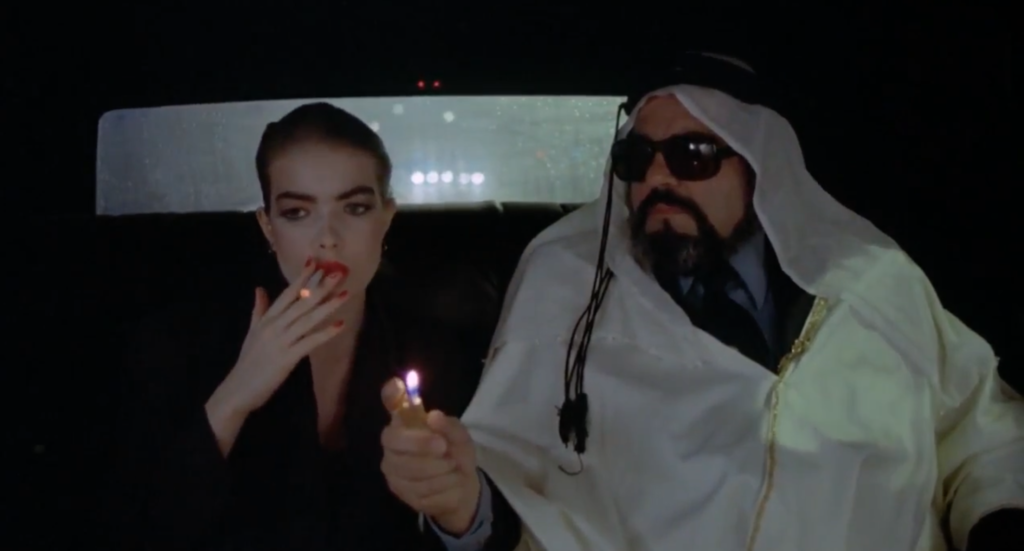 You might be hard pressed to describe any film from the rape-revenge genre as “safe”. Nevertheless, other films in the genre feel safe compared to Ms .45.

The main character Thana is played by Zoe Lund, who was only 17 years old during the filming. Prior to this movie, she worked as a model. Her performance is entirely dialogue free except for one word at the very end of the film. In interviews about the film, she has stated she feels it, “is as much pro-woman as it is pro-garment worker.”

Check it out now streaming on Tubi and let us know what you think of this cult classic. Is it pro-woman, or just another 80s exploitation film?