“Opera” is one of Argento’s final films at the peak of his influence — and perhaps one of the most underrated of his illustrious career. 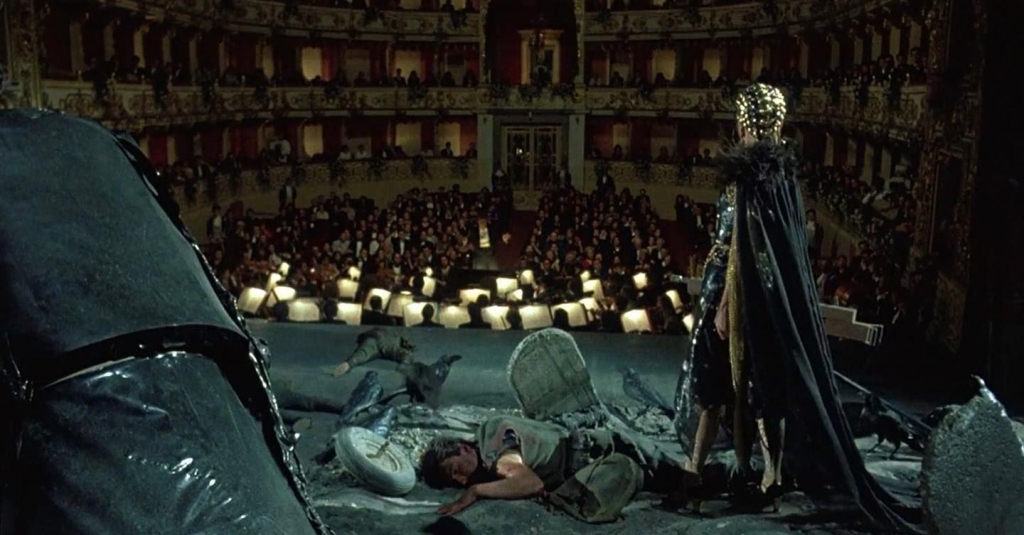 Trying to explain a Dario Argento film is like trying to count all the grains of sand on a beach…but you are not actually at the beach.

There are a lot of puzzling things that happen in the film. But the least puzzling thing is the inspiration for the film; Argento wanted to explore The Scottish Curse, a long-standing belief that the Shakespeare play Macbeth is cursed.

The film follows Betty (Cristina Marsillach), a young opera singer who is thrown into the limelight when the star of the opera dies in a fatal car accident. 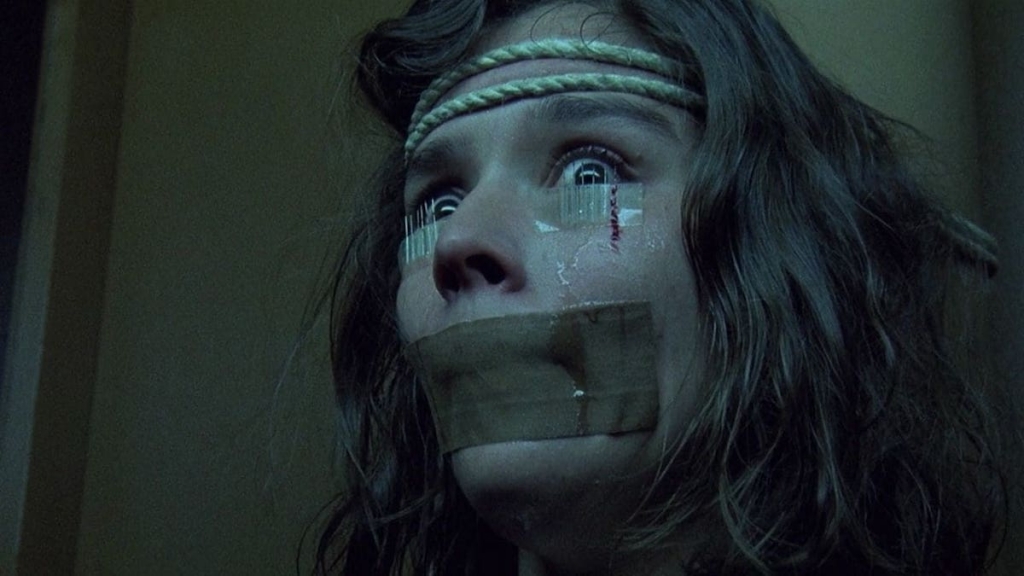 During the opening night, while Betty is singing, a mysterious figure murders a stagehand brutally. Distraught by these events, Betty goes to her boyfriend’s house. But the murderer shows up and tapes a strip of needles under her eyelids, so she cannot blink, before brutally murdering her boyfriend.

Now, any sane person would contact the cops. But this is a Dario Argento movie, so Betty instead calls the director of the opera.

Eventually, the police do get involved while investigating a murder of ravens at the opera house. Then the killer sews a gold bracelet on Betty’s costume. When Betty finds the bracelet, the murderer pops up again, tapes her eyes open, and murders the costume designer.

Again, Betty does not call the cops. Instead, she just goes back to her apartment and the cop tells her that the killer might be after her in the biggest “no shit” moment in horror history.

This is about the time the film gets really weird.

There is some confusion as to whether the cop is actually a cop or just an imposter.

Betty escapes with the help of a random little girl climbing through the vents before heading back to the opera house to perform instead of calling the cops.

A cage full of ravens escapes during the performance, and there is a very long sequence where the camera POV is from the eyes of a raven.

The raven ends up gouging out a random guy’s eye proving that he is the killer somehow — and he knows Betty’s mother, somehow.

It’s complicated, confusing, and utterly insane, but what else would you expect from Dario Argento? 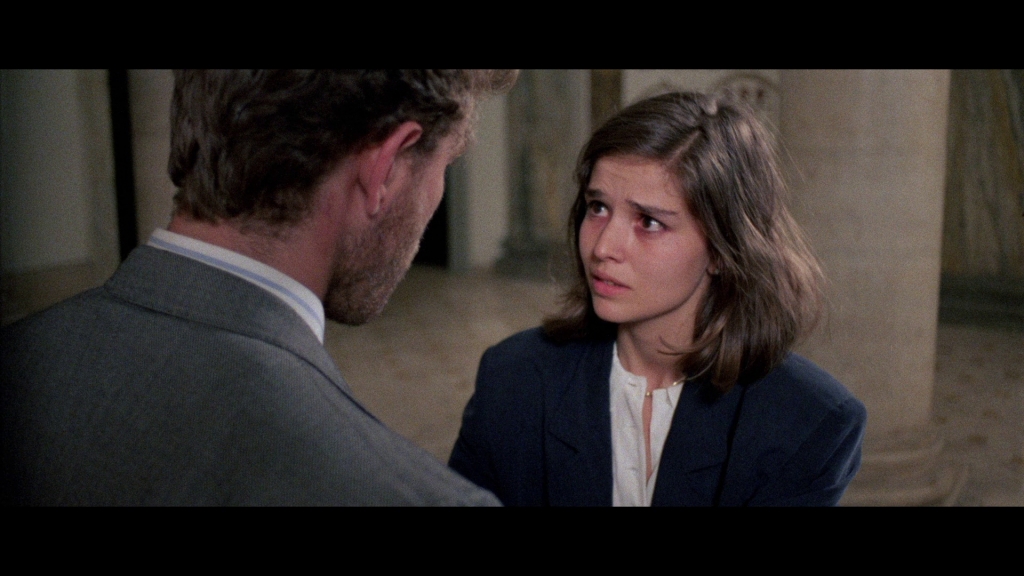 The best part, which also happens to be the most bizarre and nonsensical part of this film, is the final acts. Argento ties a big bow on the story in the most maddening way possible.

Opera is a truly bizarre and fascinating film from one of horror’s masters.

Check out this awesome film now streaming for free on Tubi.