An underrated slasher from the 80s, “The Stepfather” is a smart, surprising, well-made, and truly frightening flick that deserves more love. 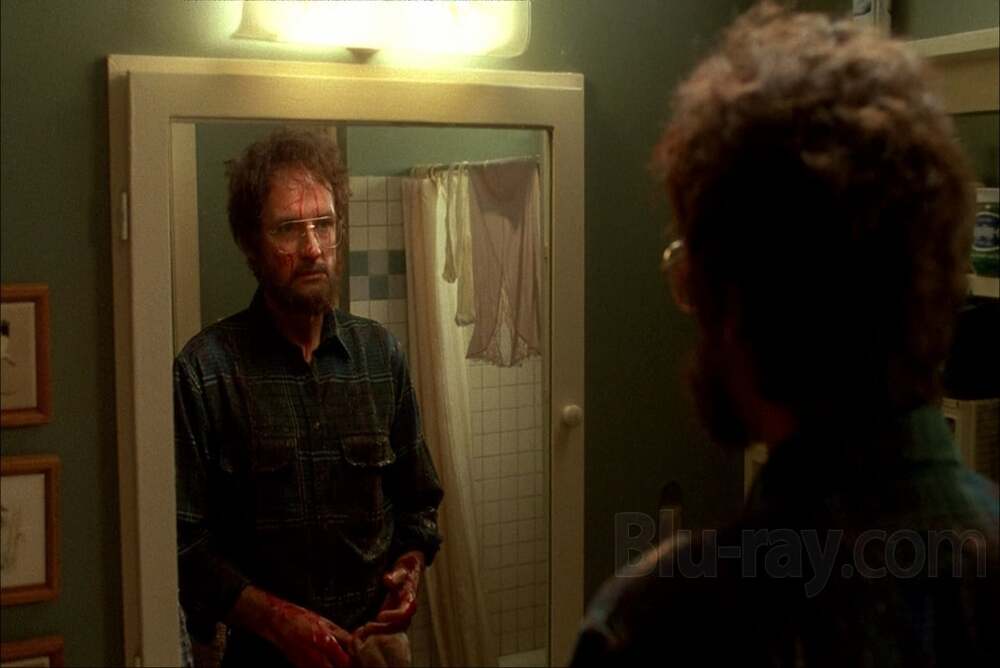 Slashers come in all shapes and sizes, from maniacs who escaped from the mental hospital on Halloween night, to maniacs who live in a forest outside of a campground and even supernatural maniacs who kill people in their dreams. This week’s recommendation includes one of the most underrated but utterly terrifying types of slashers in all of horror history: the slasher who marries your mother.

This week’s Tubi Tuesday is 1987’s The Stepfather, and the opening sequence will immediately cause you to agree that this film is underappreciated by the horror community.

We open on Jerry, then known as Henry, standing in front of the mirror in the bathroom covered in blood. He slowly and meticulously washes the blood off of himself, shaves his hair, cuts his beard, and dons a suit. In the process, he looks like an entirely different person.

He packs up all of his bloody clothes into a suitcase and leaves the bathroom into a home absolutely destroyed. There is blood on the walls, everything is in complete disarray, and there are bodies of his wife and child laying in pools of blood.

He casually leaves the house and boards a ferry where he drops the suitcase of evidence into the ocean, moving on to a new family and a new set of victims.

It’s an absolutely fantastic bit of cinema — with power cinematography that is lacking in many 80s slashers — and it only gets better from there. 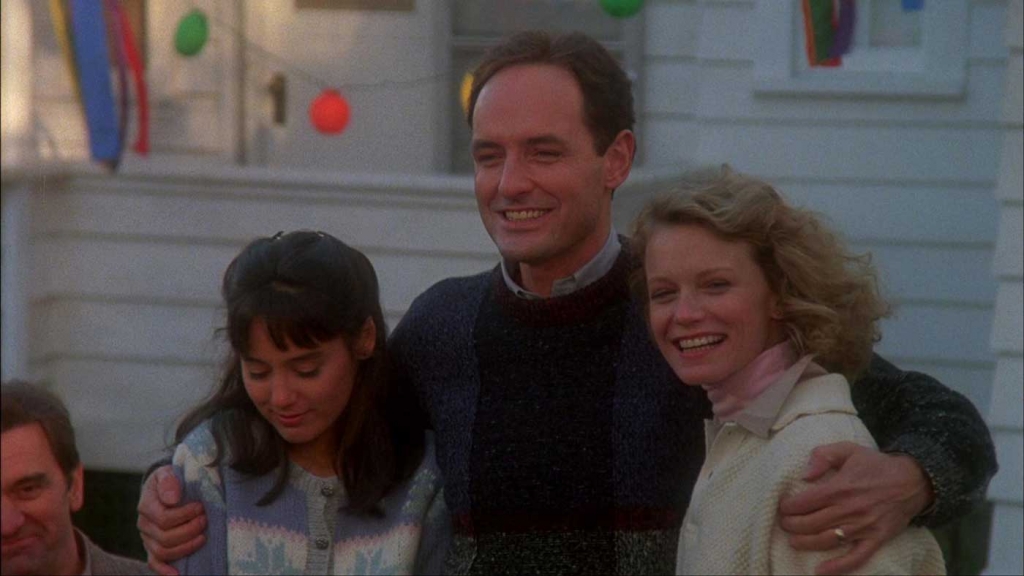 Since the viewer knows that Jerry is the killer from the beginning, the film focuses less on who the killer may be and more on whether or not he will be able to murder his new family before anyone finds out. In this way, Jerry takes on the role of the main antagonist, but he’s also the film’s main character.

It’s the secondary characters who try to uncover the truth before the clock runs out.

First, there is his new daughter, Stephanie, who tries to prove that she is right about Jerry. It’s not that she knows he’s a killer, but she certainly knows something is not quite right.

Then there is his previous wife’s brother, Jim, who is hunting for his sister’s killer and tries to track down Jerry before he kills again. 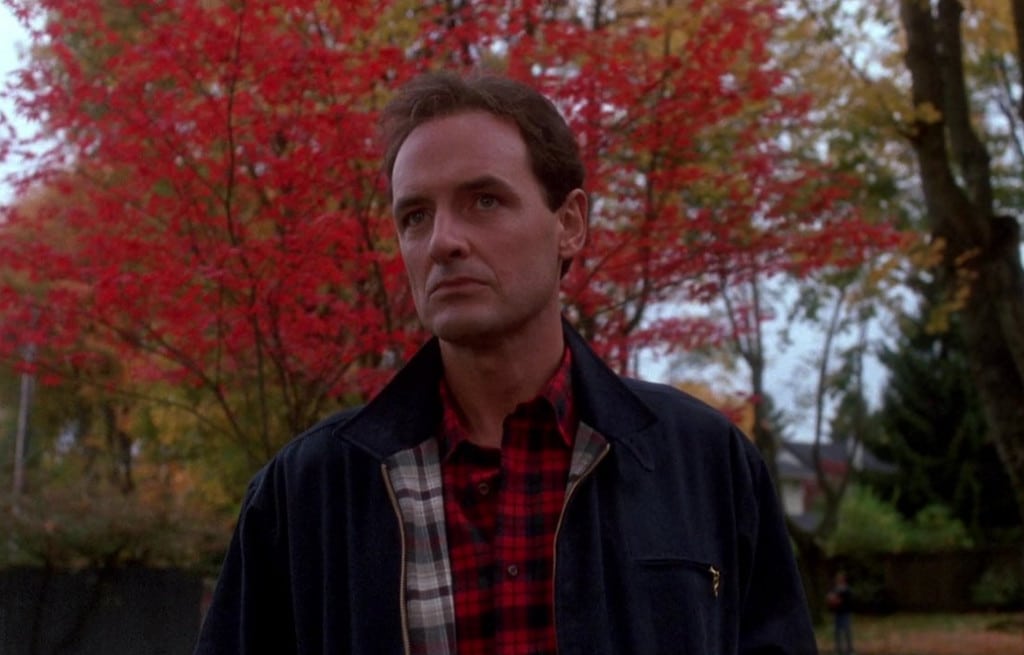 The whole thing culminates in pure insanity as Jerry begins creating a new identity before trying to kill off Stephanie and her mother. Only, he slips up by forgetting which identity he is supposed to present to them — uttering the film’s famous line, “Who am I here?”

The film spawned two sequels and a remake, and both sequels are also available to stream for free on Tubi. Check out this absolutely fantastic horror film and catch up on this underwatched horror franchise today.