This horror/western offers a stylish, moody, and dangerous atmosphere for its surreal and melancholy story of young love and belonging.

The Girl glides on a skateboard like a vampire.

She roams long, dark streets lit by streetlights like Dracula would roam candlelit hallways. The Girl quietly stalks the people of Bad City, an industrial purgatory filled with a population buried by the burden of their lives. Then The Girl meets Arash (Arash Marandi), wandering the streets dressed as Dracula after a drug-fueled costume party at the club. This one is different, and The Girl (a remarkable Sheila Vand) spends time with Arash instead of drinking his blood.

Is it possible that Arash is a “good boy?” Muted sparks fly.

The characters in Bad City are like drifters trapped in a Western wasteland, aimlessly walking the streets of a town they wish to leave if only they knew how. There are drug dealers and hookers, dark alleys and barbed wire fencing, and seemingly no presence of law. There’s a perpetual unsafe feeling that permeates every scene.

But the sudden appearance of fangs inside the mouth of The Girl in the company of a bad guy, and a musical score with a Mariachi band-like trumpet backed by an imposing brass section, promises the arrival of frontier-style justice. 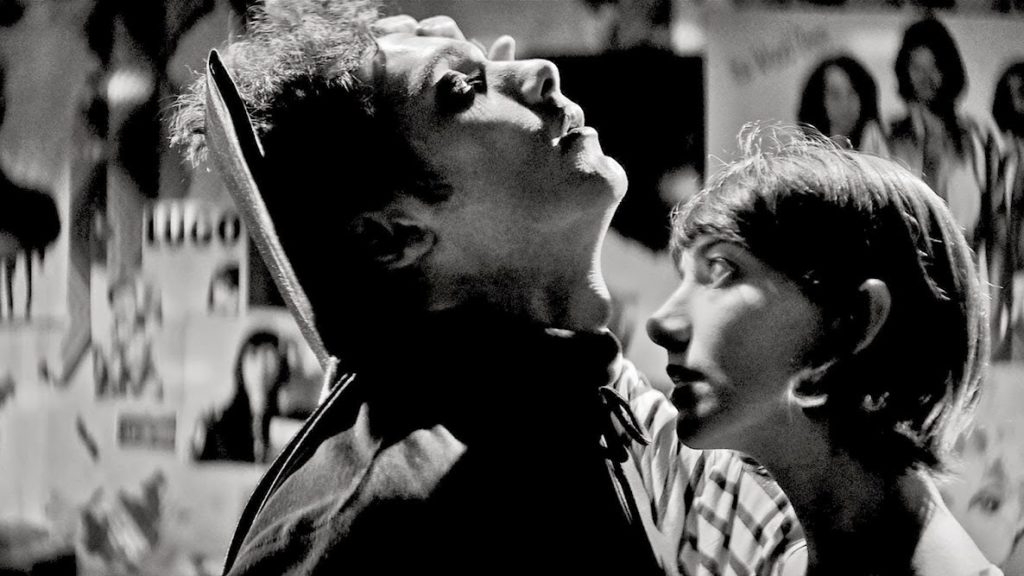 The film makes some technical and location choices that deepen the vampire lore, in addition to commenting on its complexity.

The decision to present the story in black and white reinforces the clear rules of being a vampire, namely the danger of sunlight. It’s “black and white”; one is good, the other is bad. There is no middle ground. However, the greys in the color palette do acknowledge the “grey area” of falling in love with someone who is not a vampire, and the layered complications that fact introduces to the relationship.

The location is another nod to the conditions of being a vampire.

Like the immortal creatures they are, the industrial town itself has a timeless feel. The location at once feels modern day, post-apocalyptic, and a hundred years in the past. It barely feels like part of this world, yet it’s familiar. It’s one part 1950s, one part 2050s, and one part 1850s. Even the characters hint at existing in a place that is located nowhere.

This sensation of mixing time and existence underlines a life devoid of time for a vampire, who has endless lifetimes to live. 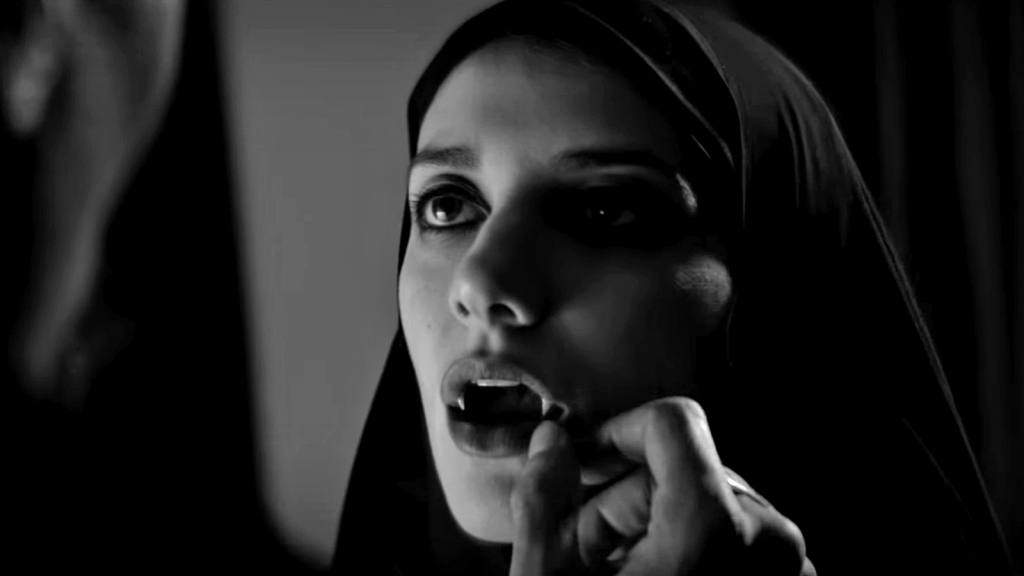 The past, present, and future are all the same, blurring together in one eternal moment. This is not unlike the early moments of young love, where time ceases to be felt and the “now” is all that matters.

The film is both hesitant and blunt in its approach, sweet and brutal.

The title teases an unsafe situation for women but playfully turns the circumstance on its head (don’t be a “bad boy”). It subverts and lulls with such self-assuredness that, like any good vampire, you don’t realize its fangs are in you until it’s too late.

Such is the creeping sweetness of A Girl Walks Home Alone at Night, a wandering, biting, and starry-eyed masterpiece that charms quickly and leaves the viewer willingly consumed.

Overall Rating (Out of 5 Butterflies): 5
WHERE TO WATCH
In the US, you are currently able to stream A Girl Walks Home Alone at Night on Mubi, Shudder, Mubi Amazon Channel, Shudder Amazon Channel, Hoopla, DIRECTV, and AMC Plus. However, if you are able, consider doing what Mike Flanagan suggests and rent or buy the film to help make sure more amazing films like this can get made in the future. You can buy or rent A Girl Walks Home Alone at Night on Google Play Movies, Vudu, Amazon Video, or YouTube.
<div class="fpsm-custom-fields-content-wrap fpsm-app