This week’s Tubi Tuesday recommendation is one of those films that you probably vaguely remember watching a long time ago, and you don’t really remember if you even liked it that much or not. But then you rewatch it two decades later, and your mind is absolutely blown by how good it is and how much it holds up as a modern genre classic.

If you are like me, you probably haven’t watched the 1999 film Stir of Echoes since, well, 1999. You probably vaguely remember Kevin Bacon digging a hole in his basement and a pretty cool cover of the song Paint it Black from all the promotional material. Only having a lingering, fading memory of what the movie was about, I curiously clicked play when I saw the movie on Tubi. A lean 100 minutes later, I had a new found favorite 90s horror movie.

The film opens with a young Jake in the bathtub looking directly into the camera, talking to someone while his father Tom (Kevin Bacon) noodles around on the guitar in the background. The camera pans out to reveal that Jake was looking at the wall, and talking to no one, which gives off some serious The Sixth Sense vibes. That blockbuster film was released the same year, and it’s probably the reason why this one was so overlooked.

However, other than the little boy who talks to ghosts, the two films couldn’t be more different. 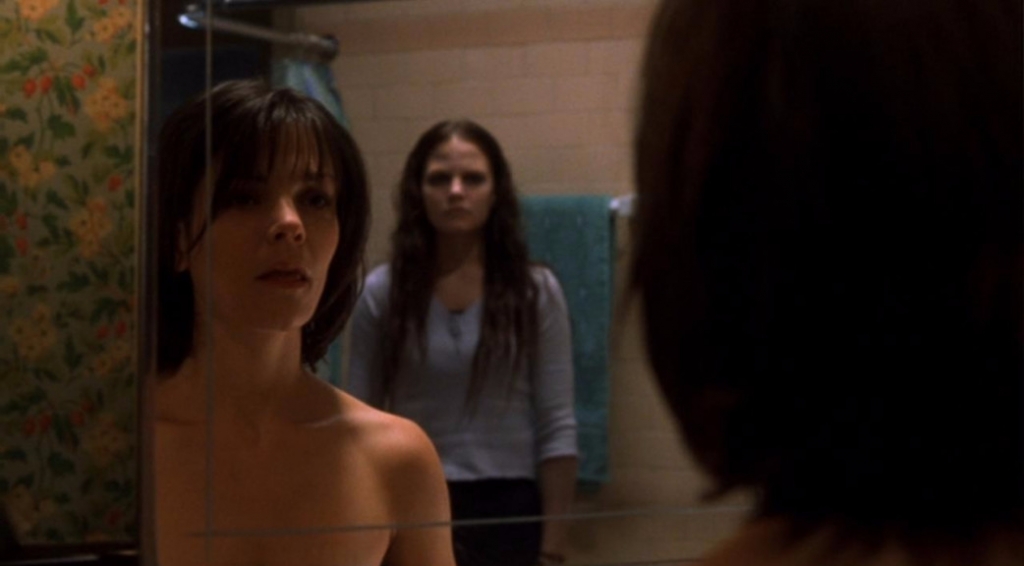 Stir of Echoes follows Tom, a working class telephone lineman who, one night at a local block party, is convinced by his wife to be hypnotized by her hippie sister. While under hypnosis, the hippie sister leaves behind the message for Tom to “open his mind”. What she meant was for him to be open to more things. Instead, Tom’s mind became open to any and all communication, including messages from the beyond.

Stir of Echoes is very much a product of its time.

The hypnosis scene looks like it could be a weird episode of friends where Phoebe hypnotizes Chandler.  The women are all wearing bare midriff shirts, and tribal tattoos and wallet chains abound. Also, everyone smokes freely without a worry in the world about getting cancer. To some, this opening might be a little off putting. You might even be thinking, “Oh, great, another cheap 90s era horror movie.”

But it’s anything but that.

As the voices in Tom’s head get louder and louder and his behavior becomes more erratic, you realize this is far from typical 90s genre fare. 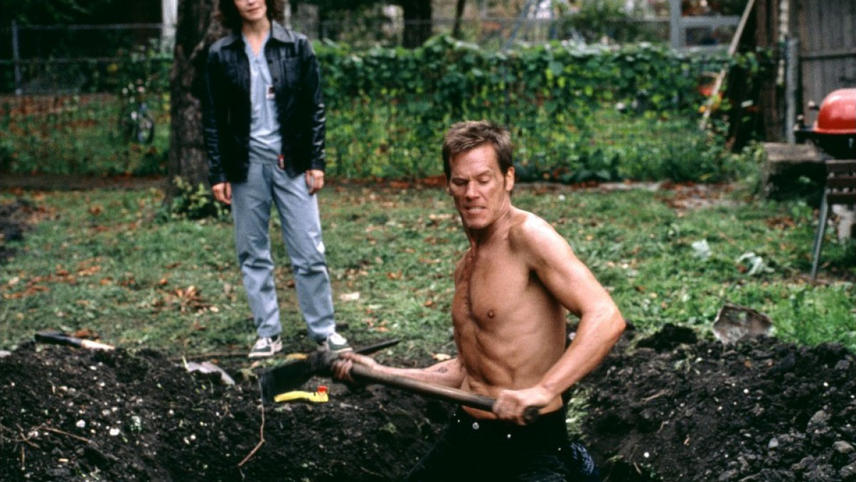 Tom starts seeing and hearing weird shit. His tooth falls out, but it’s all in his mind. His fingernails rip off, but again, it’s just an illusion. He sees into the future; a young boy who lives down the street attempting suicide. He sees a strange woman in his house and hears a strange tune that kinda sounds like Paint it Black.

Freaking out as any sane person would, Tom heads to the hippie sister in-laws house to un-hypnotize him. She sets him in a comfortable chair and begins the process. But the ghost of the mysterious girl is waiting for him in his dreams. She gives him the vision of a singular word: DIG.

The cinematography in the movie is very, very cool.

These are some of the best hypnosis scenes in all of horror. 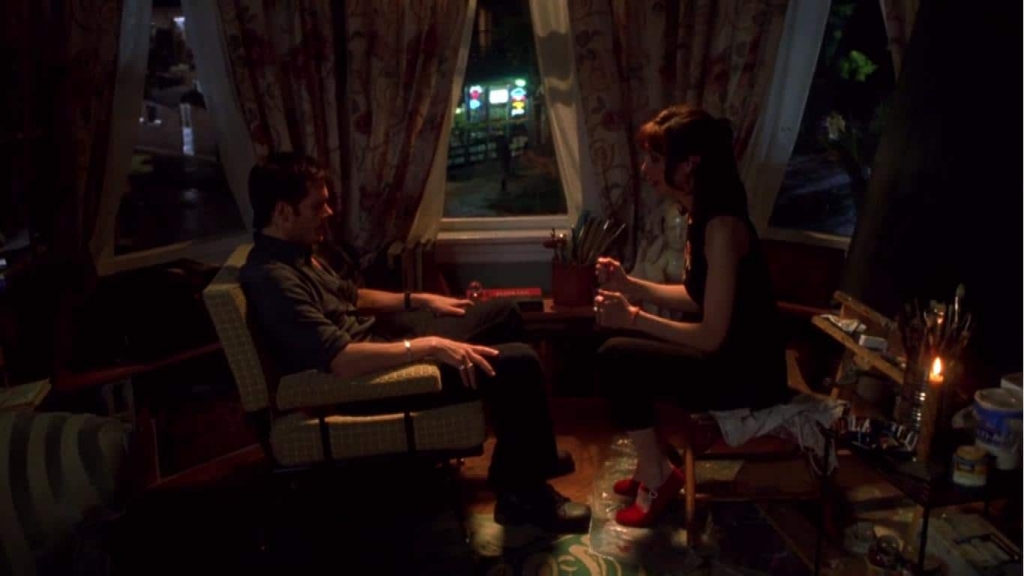 They are all shown from Tom’s POV as he imagines himself in a theatre, alone, focusing on blurry words on the screen that come into focus, commanding him to SLEEP or DIG.  And a dotted line can surely be drawn from this film to the powerful hypnosis scenes in Get Out.

Under the command of the hypnotic ghost, Tom starts to dig…everywhere! He digs frantically and obsessively, as if something is willing him to uncover a mystery. The film comes to a very tense climax when Tom proverbably “strikes gold” while digging and digging in his suburban neighborhood.

It’s a spoiler 21 years in the making that I will keep to myself and instead implore you to go check out this amazing and overlooked horror classic, now streaming on Tubi.