Despite some structural flaws, “The Tent” is an apocalyptic thriller that provides some unexpected and welcome refuge from the typical genre fare. 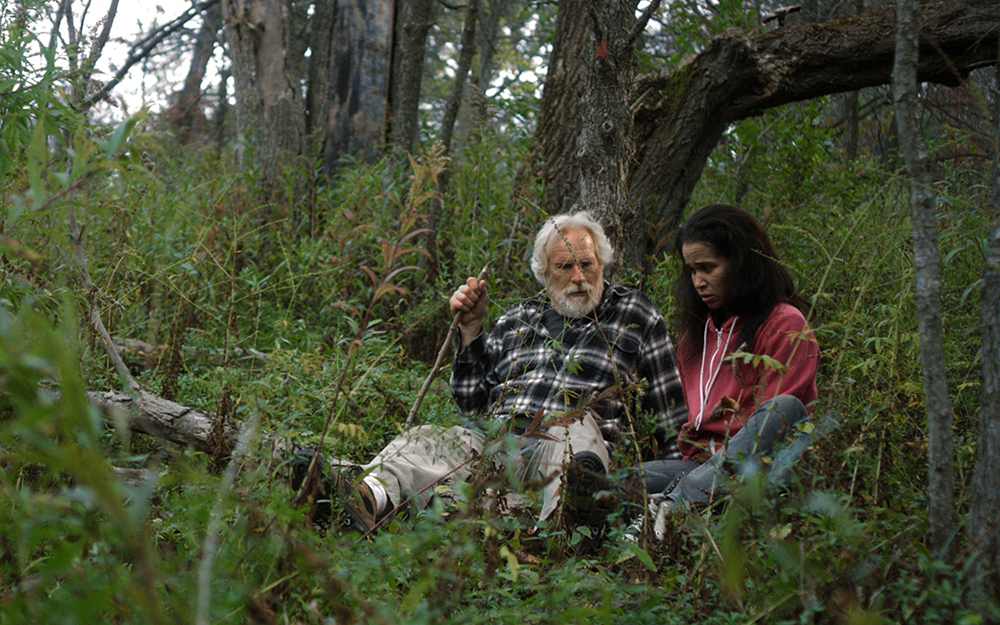 Some of the greatest thrillers leave the audience in the dark about their true intentions. And, in a way, The Tent follows that model, with varying degrees of success.

Kyle Couch’s debut feature-length film The Tent follows David (Tim Kaiser), a former nature enthusiast with a deeply troubled past, as he reckons with a slowly deteriorating world. An apocalyptic event (known as The Crisis) has ravaged the planet, leaving David and a few handful of survivors to fend for themselves. Tensions arise when David happens upon another individual — Mary (Lulu Dahl) — who questions the very tactics David has sworn his life to.

A perfect film for the times, The Tent depicts a brutal brawl for normalcy, as David and the people around him must learn to cope with this new life in the wake of utter devastation.

Image how chaotic an alien invasion would be; the cinematography from Robert Skates inflicts those emotions on the viewer. 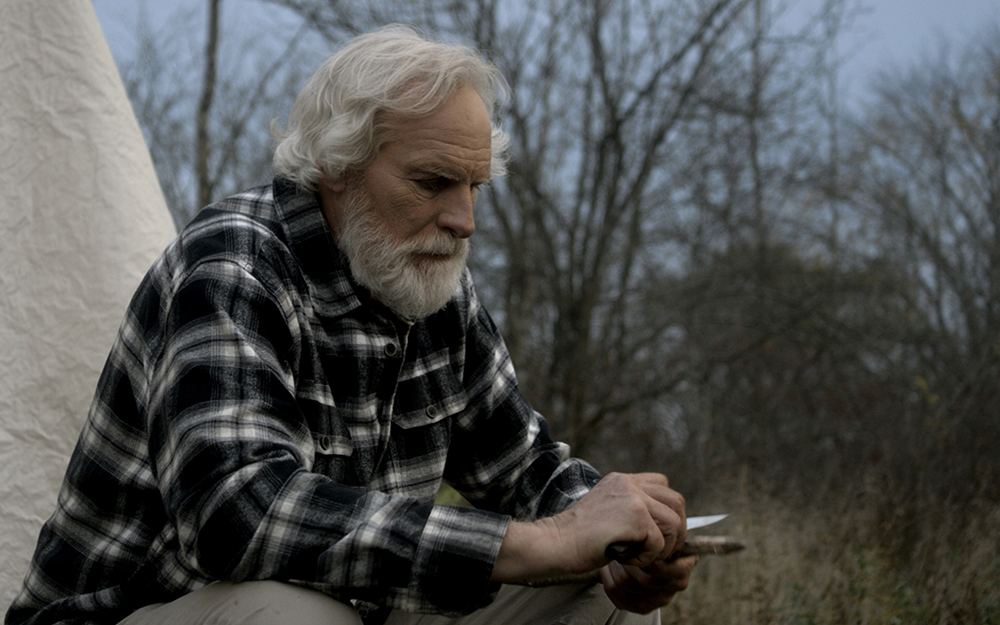 For starters, the transitions from static frames to a more muffled, hand-held approach are so magnificently disorienting. And David Peterson’s fragmented sound mixing raises the stakes, delivering on the promise of evoking even more fright and terror.

Unfortunately, even these high points eventually grow tiresome as the film crumbles under the weight of a thin plot.

Perhaps, a viable option for Couch would have been to condense the script into a short film, something he has proven quite adept at in the past. With a shorter run time, the important overall message could have been revealed much sooner. I would have applauded that, because it happens to be a message that is especially relevant given the recent discussion surrounding mental illness and the toll it takes on the individual — not to mention the one it takes on their friends and family.

The film struggles to deliver in the push-and-pull tension between the characters , which is massively inconsistent. 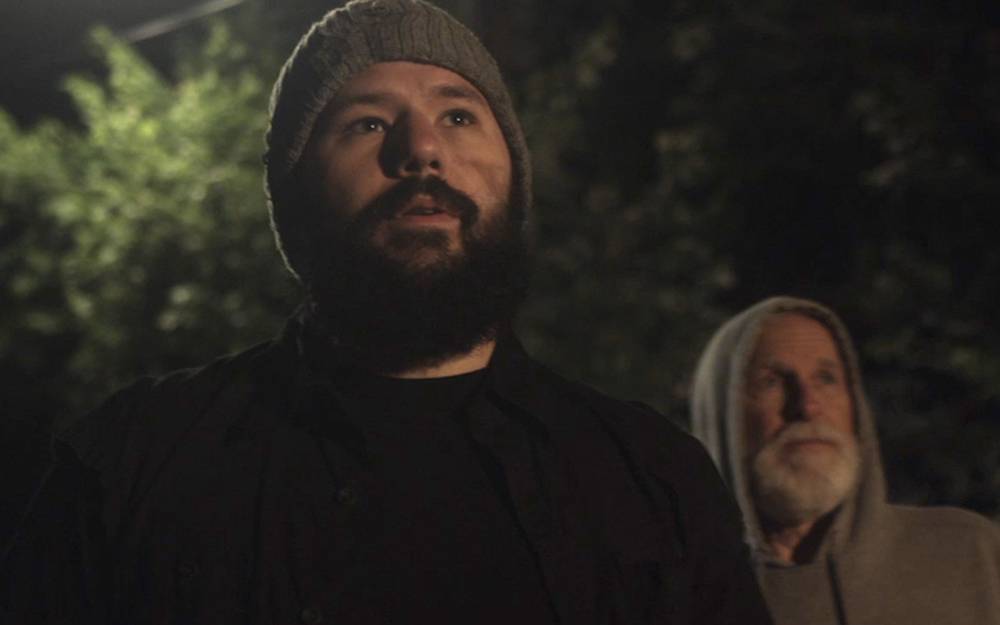 While each actor, main and supporting, is solid individually, the chemistry between them never truly clicks. I found the dialogue between Kaiser and Dahl to be flat. The words they exchange don’t feel natural, rather they are too calculated and overdone.

Further, David and Mary seem far too quick to forgive and forget, just before falling back into their contrived rants and distrusting attitudes. While it’s an interesting plot device to service a revelation later in the story, it just doesn’t work completely. Sadly, it also ends up feeling like a toxic relationship involving two people that simply aren’t compatible, yet who desperately try to make things work. Maybe if there were different circumstances surrounding our character’s interactions (a more basic undercurrent for a story, perhaps), it would have worked better.

Overall, the main problem for The Tent is the repetitive nature of the dialogue with such a limited scope for story.

However, that’s not to say there aren’t truly exceptional aspects of the film. 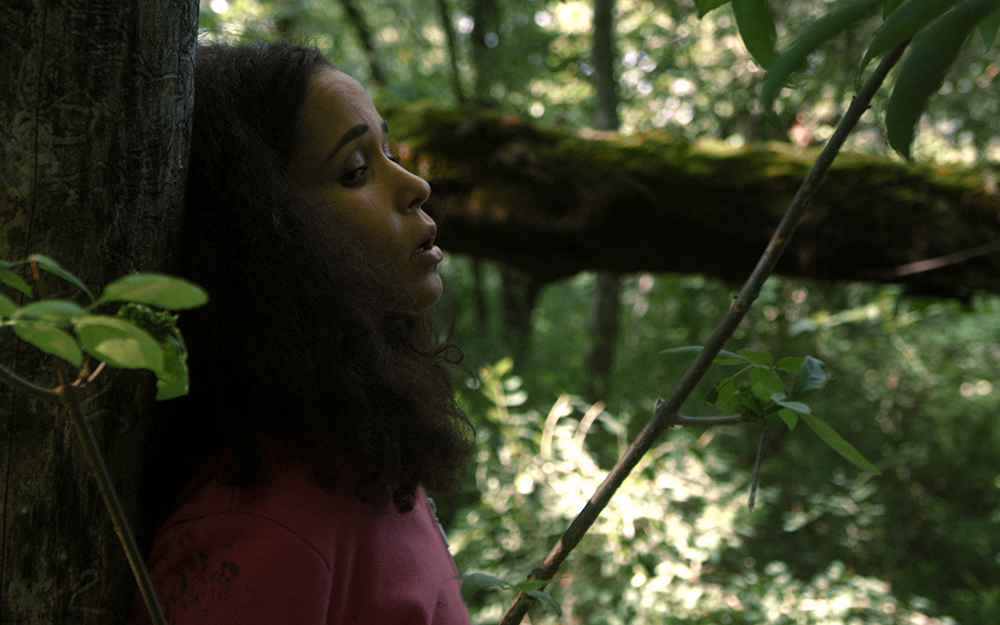 For one, Peterson’s editing is outstanding and compliments the tone that Couch aims for. And in the slower moments near the end of the film, Dahl and Kaiser have some touching moments. The tenderness of these scenes are sure to move you, and that makes the viewing experience worth it.

While The Tent may not be perfect, it still dares to try new things within its respective genre, and for that I very much appreciate it. Sure, the execution isn’t completely satisfactory, but it manages to entertain nonetheless.

The Tent is available on demand now from Gravitas Pictures.