For the horror fan who wants to see every staple of Italian horror movies stuffed into one mind- bending, melodramatic movie, there is “Voices from Beyond”. 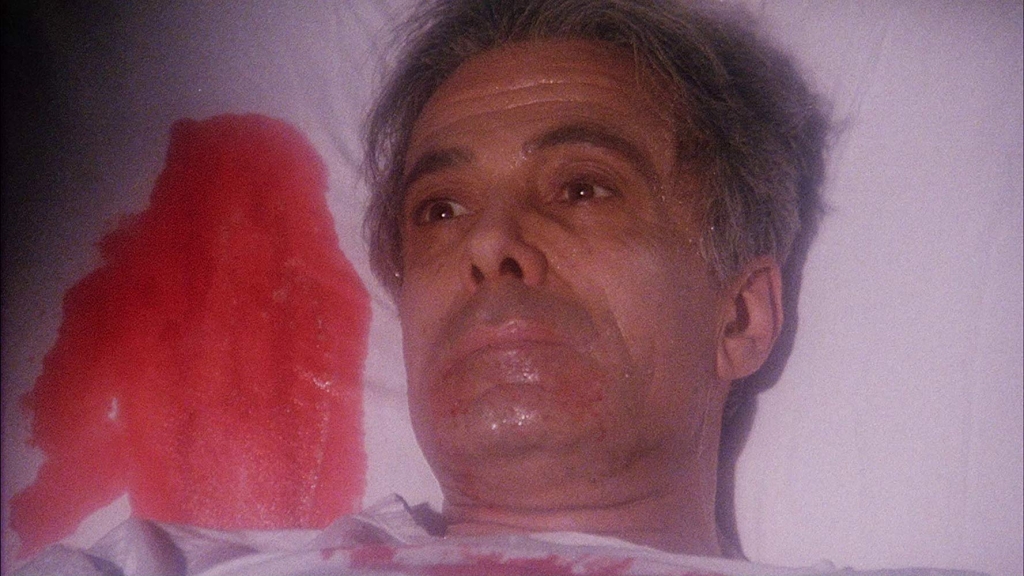 This week’s Tubi Tuesday is a huge amalgam of every Italian horror trope you could ever imagine lumped into one bizarre early 90s film.  Billed as “The last great film by Lucio Fulci,”  Voices from Beyond is what happens if you take the Bill Cosby movie Ghost Dad, mix it with horror, and then dip the whole thing in LSD and deep fry it.

The story follows Rosie who has returned home from college after the unexpected death of her wealthy father. Soon she begins to hear his voice from beyond guiding her to uncover the truth behind his untimely demise. Seems like a fairly simple premise that could be pulled off without much effort right? Wrong!

Lucio Fulci puts all the effort in this thing, and it’s partially a mess and partially amazing. 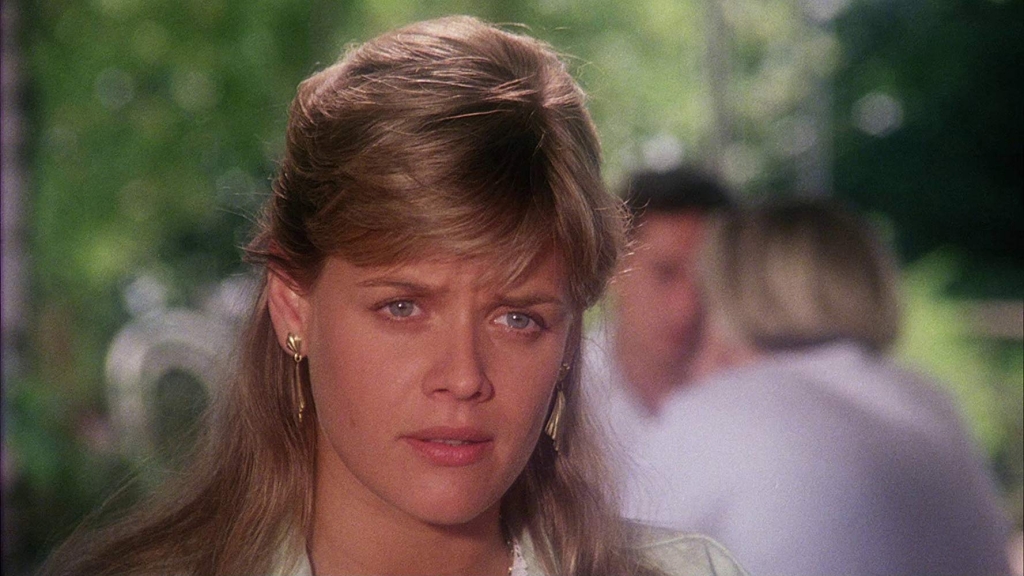 Like the early Italian horror films, the giallos, this one has that bizarre murder mystery aspect to it. Who done it? Was it her father’s step mother? His half brother? His cheating wife? His greedy sister? Or maybe it was his mistress who lives on the other side of the river?

Also like the old giallos, this film touches on each one of these characters in a succession of quick flashbacks showing the father, Giorgio, wronging them in some way. And most of the backstories contain a gratuitous sex scene for some reason. In fact, the movie opens with a very graphic sex scene, which is interrupted by a crying child. Giorgio then stops his thrusting to get a knife and stab the boy in the chest. Why? No one knows.

But in its efforts to emulate the early 80s Italian horror trope of having senseless violence and gore for no reason, this film more than succeeds. 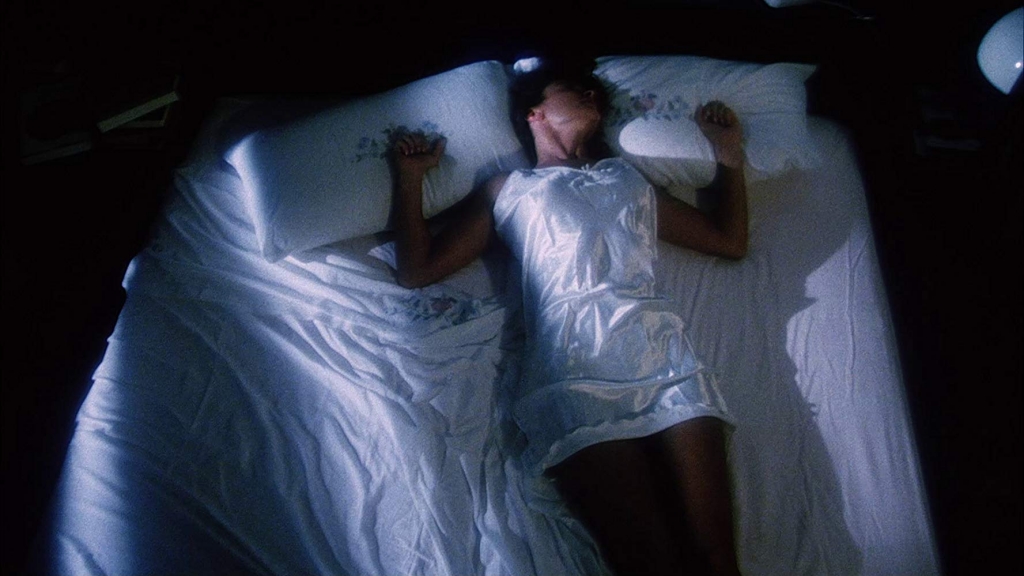 What else is another staple of Italian horror? Zombies were a pretty big deal in the late 70s. But certainly a movie about a girl hearing her dead father’s voice guiding her to find his killer wouldn’t have zombies in it, would it? Wrong again. Voices from Beyond contains a handful of dream like sequences where the very dead Giorgio finds himself in some sort of bizarre purgatory — trapped in a house with zombies chasing him and bursting through the boarded up windows.

This leads to another Italian horror trope which is used in this film, a lot: bizarre symbolism. 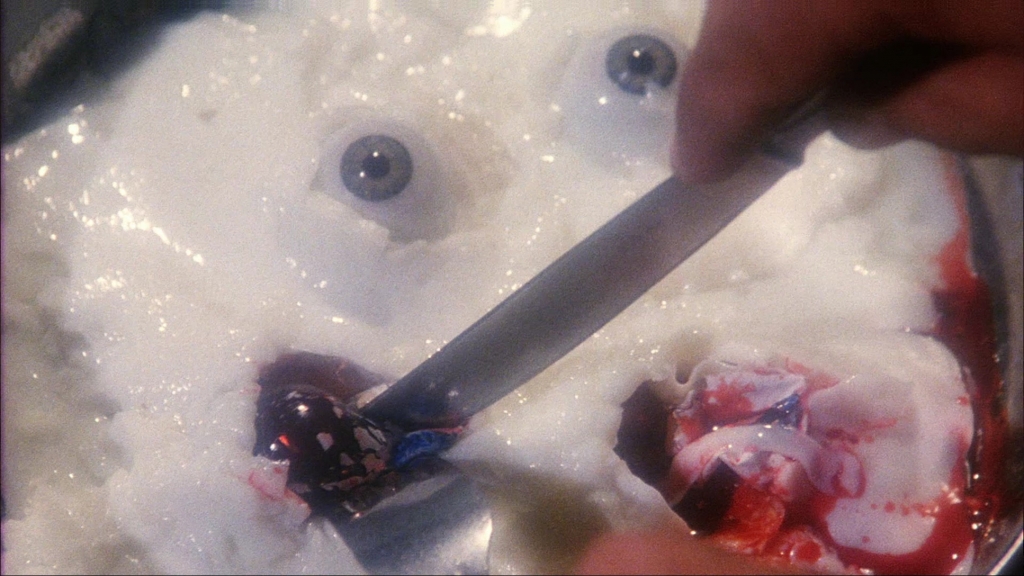 Much of the symbolism is explored through strange dreams. We get a zombie dream, a dream about a little girl buried by ice cubes, a dream about a lady eating eyeball oatmeal, a train ride dream — and at least three random sex dreams. Oh yeah, and let’s not forget the nudity. Perhaps the most consistent staple of Italian horror may just be the senseless nudity.

I’ve already mentioned this movie opens with a sex scene. But there are at least six separate random sex scenes throughout this movie. Maybe one of them has something to do with the plot, but the other 5 make no sense.

As previously mentioned, there are tons of dream-like sequences. And after each of these, a woman awakes from the dream, sprawled naked on the bed. There are also random disrobings that happen throughout the film, including one very bizarre one where Rosie takes her top off. Her mom walks in the room, and they carry on a conversation as if Rosie’s boobs aren’t just out and about.