Vampires are Jerks: Examples in Film

Posted by:
Tags:  Buffy the Vampire Slayer Christopher Lee Daughters of Darkness Dracula Hammer He Never Dies Nosferatu Only Lovers Left Alive The Fearless Vampire Killers The Lost Boys vampires What We Do in the Shadows

Vampires often have a grab bag of personality disorders from what psychology calls the ‘Dark Triad’, but above all…they are huge jerks! Here’s why. 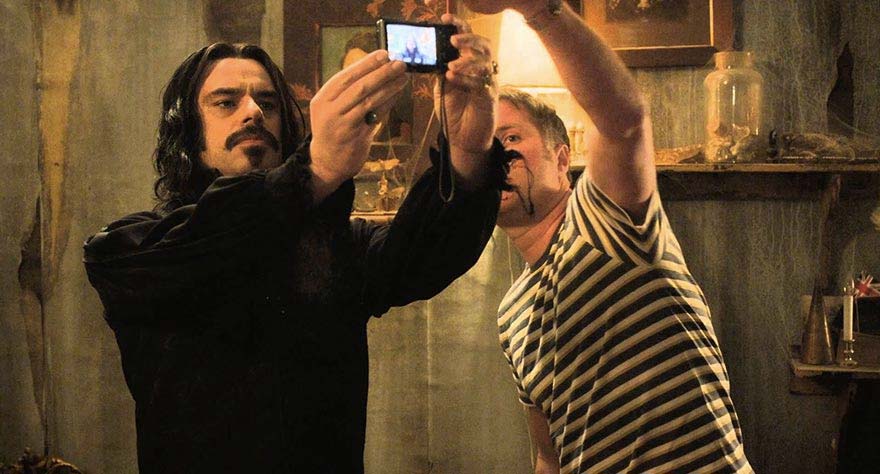 Vampires have been depicted in film often as brooding, sexually charged creatures with an air of sophistication and charm, but upon closer examination we can see that they are really just huge jerks!

Although it is hard to pin down what a jerk is in a few words, Eric Schwitzgebel professor of philosophy at University of California describes it best as this: “Jerks see the world through goggles that dim others’ humanity.” This seems particularly fitting for the vampire, one who sees themselves as removed from and above the human condition.

A jerk often has a grab bag of personality disorders from the ‘Dark Triad’ — defined as a set of traits that include the tendency to seek admiration and special treatment (otherwise known as narcissism), to be callous and insensitive (psychopathy) and to manipulate others (Machiavellianism). Having facile social charm, a jerk can simultaneously be arrogant, prone to insulting behavior, and exhibit antisocial and aggressive behavior (a failure to obey social rules despite relatively intact mental and social capacities).

In the film He Never Died (2015), Henry Rollins’ character is a particularly good example of the anti-social type, not having time for the niceties of small talk and capable of  mass carnage without blinking an eye:

“Do you have anything aside from being ambiguous and hostile?”

THE THREE STYLES OF JERKDOM

The vampire flavour of jerk-seasoning falls into three primary varieties often depicted in film: the wise guy, the stonewaller, and the gaslighter.

The first of which is hard not to be reminded of with the recent news that the The Lost Boys TV series has been confirmed and with the new FX TV series What We Do in the Shadows  recent debut (based on the 2014 vampire mockumentary of the same name from Jemaine Clement and Taika Waititi). In both films, the vampires use the same technique to spice up their undead lives, which brings us to the first category…

In the film What We Do in the Shadows, the character Deacon Brücke, in his Eastern European accent riffs off the classic glamour-magic-using-food scene from The Lost Boys where Kiefer Sutherland’s character David tricks Michael into eating rice that appears to be maggots.

How are those maggots?

Why vampires are eating regular “human food” (not to be confused with humans AS food) in the first place seems a mystery, perhaps that’s just the lengths they will go for a joke.

Deacon’s approach however involves spaghetti – or rather – basghetti: ‘So this is my favorite trick, we present our guest with a plate of basghetti, and then I will say ‘Why don’t you eat some basghetti?’”. Thusly creating the illusion that the food is a plate of worms: “I didn’t realize you enjoy eating worms, Nick!”

And, oh… how they laughed!

This classic move of “light-hearted bullying” is just one example of how vampires love to lord their superiority over another. With a flair for mischief and hijinks, these types of mind games can be a particularly fun way to manipulate their intended victim into feeling ostracized and humiliated. Using Machiavellian cunning to exert their influence, the vampire jerk prides themselves on their quick wit and ability to verbally destroy their target.

The wise guy may be part of a clique or operate solo; the goal is the same however, to establish themselves as the alpha figure. Their sense of power, in these cases, is being cultivated through “inside jokes”, shaming, and giving the most devastating side eye.

On top of biting remarks, pranks and gags are often used — especially loved is that old chestnut: the mirror gag.

“I never get tired of that old mirror gag.”

Yes, there have been many depictions of the mirror reveal in film, perhaps the most supercilious version of the mirror gag however is in Roman Polanski’s spoof of Hammer Horror in the 1967 film The Fearless Vampire Killers (Dance of the Vampires in the UK) about professor Abronsius, a bat researcher, and his assistant Alfred, who go looking for vampires in a remote Transylvanian village. There, they meet Count von Krolock and the Count’s flamboyant gay son, Herbert Von Krolock, who sets his sights on Alfred. He utilizes the mirror reveal coquettishly then proceeds with this marvellous goading:

Herbert: “Who told you there’s going to be a ball tonight?”

Alfred: “Nobody, I’m just guessing. With a great castle like this it’s possible isn’t it?”

Herbert: “…is just guessing… But it’s true! You’ve guessed correctly with your pretty little head. Yes, Alfred, there’s going to be a ball and you will be able to dance. ~lalalalalala~”

Vampires really do love a gag, but the wise guy vampire jerk will also never miss an opportunity for a bad pun, or pop culture reference…

… they will even mess with you until their last dying breath:

“Admit it Buffy, aren’t there times when you just feel ….less than fresh?”

Vampires are particularly good at the silent treatment. This form of passive aggressive, aloof one-upsmanship is often found in the jerk’s toolbox of tricks. By stonewalling and refusing to talk or cooperate, the vampire jerk flexes their superiority over another, keeping them on tenterhooks. The cold shoulder can be particularly devastating to the vampire’s newly initiated who are grappling with their new undead existence and prone to mistakes. It can also happen when the vampire has just plain had enough of you and decides to store you in the attic for the rest of eternity:

“Lollia…this is John. Comfort him. All of you, all my loves… be kind to him tonight.”