Succeeding on all fronts, “Body at Brighton Rock” is a brilliant, lingering story that makes a powerful impact and really sticks with you. 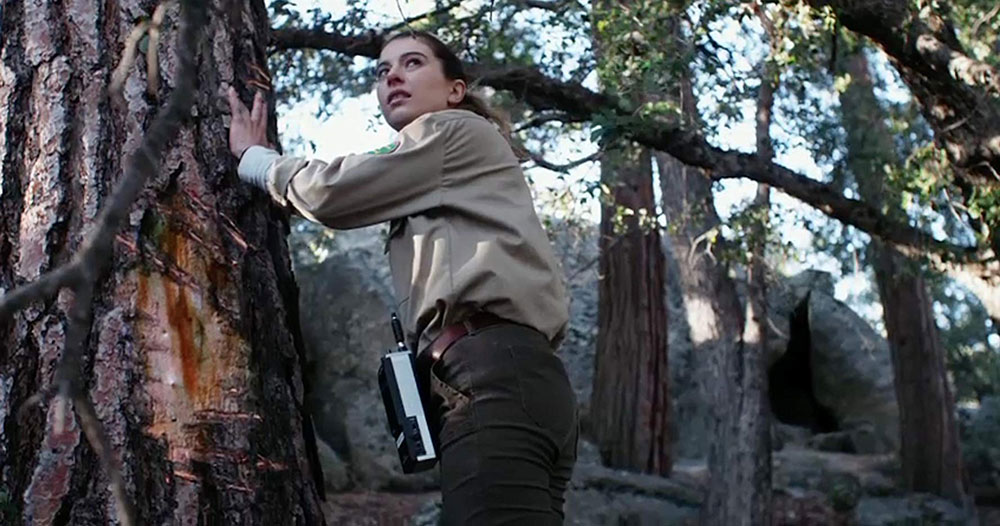 Attending the International Horror and Sci-fi Film Festival, I was beyond excited to catch the 2019 film, Body at Brighton Rock. It’s an exceptionally beautiful film that radiates Mother Nature and her true power. It’s scary, tense and eats its way under your skin.

Body at Brighton Rock is written and directed by Roxanne Benjamin. It stars Karina Fontes, Casey Adams, Miranda Bailey, Martin Spanjers, Emily Althaus and Matt Peters. An inexperienced park ranger finds herself lost in the woods, and stumbles upon a possible crime scene.

This film is a complete blindside. 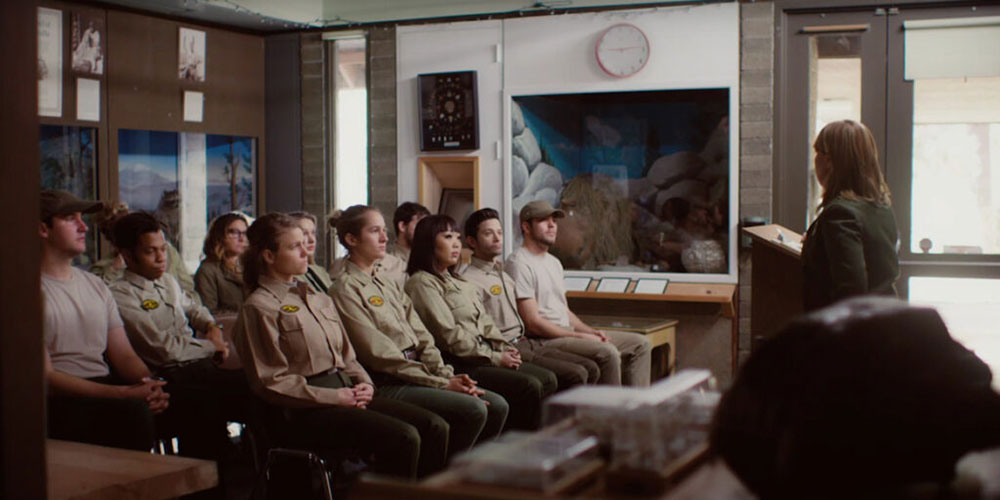 It starts out energetic and fun, before plunging feet first into the dark. It’s not exactly what it seems, and is definitely not your average run of the mill film. It’s a brilliant, lingering story that really sticks with you.

Body at Brighton Rock is brutal and relentless. It’s an outdoor survival film, unlike anything you’ve ever seen before. It’s completely engrossing and a genuinely frightening trek into the dark psyche of the human condition. It’s about how your brain believes and does what it wants, when faced with true fear. It’s not only about surviving the elements, but surviving yourself. 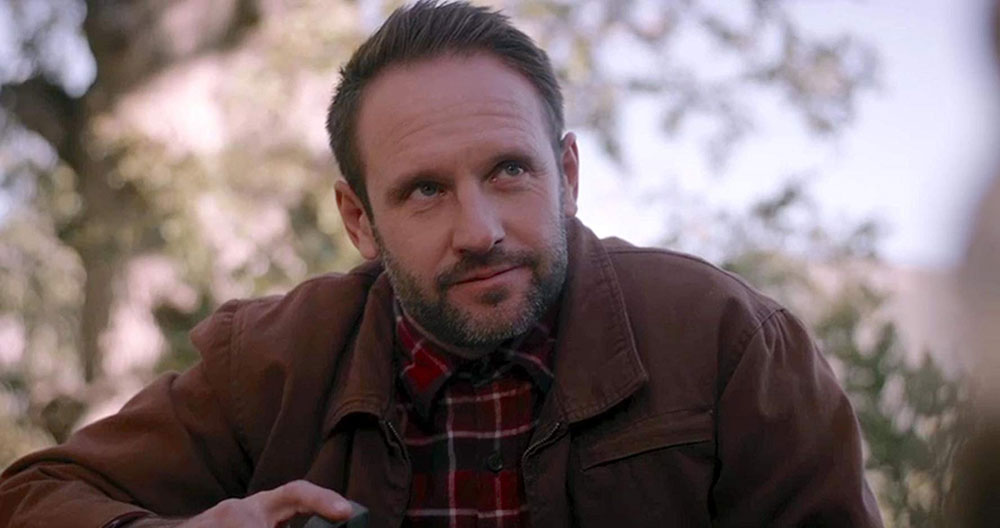 We all like to think we’d react a certain way to a specific scenario. When faced with our own built in fight or flight response mechanism, we all like to believe we’d do things a little differently. But the truth is, we don’t know how we’d react. People claim they’d do one thing, yet when facing true danger, they do the complete opposite.

This film exhibits the pure tenacity of the human spirit. Mankind’s biggest fear, is that of the unknown. Battling and overcoming those personal apprehensions, is something every being desires deep within. The best sense of self worth and accomplishment comes when you tackle those problems head on, and beat the odds. Everyone loves the underdog. 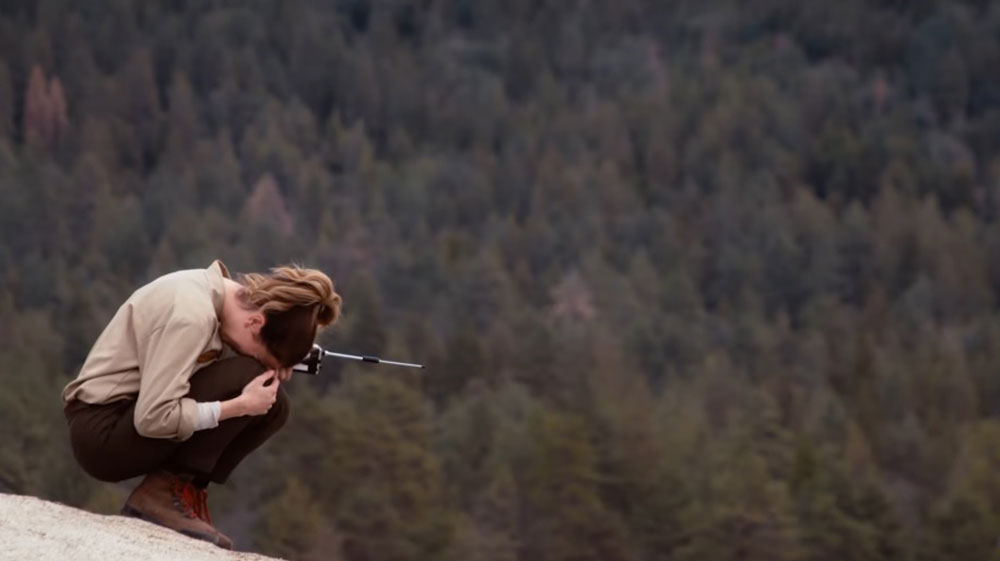 The scenery in the film is absolutely gorgeous. There are a few really great locations, which give way to some beautifully striking backgrounds. The soundtrack and audio were also executed very well. They helped encapsulate the film and bring it some life.

The directing and editing are sound and strong. The filmmakers knew exactly what they were doing. They did a great job of building tension and placing scares. The makeup and costumes were also nicely done, and the gore and special effects are impressive. It’s a really solid film.

The acting is probably the best thing about the film, however. Karina Fontes is intoxicating in her performance. She is terrific and really honed her character. You feel bad for Wendy, yet you can’t help but root for her to succeed. She gave a really great performance. 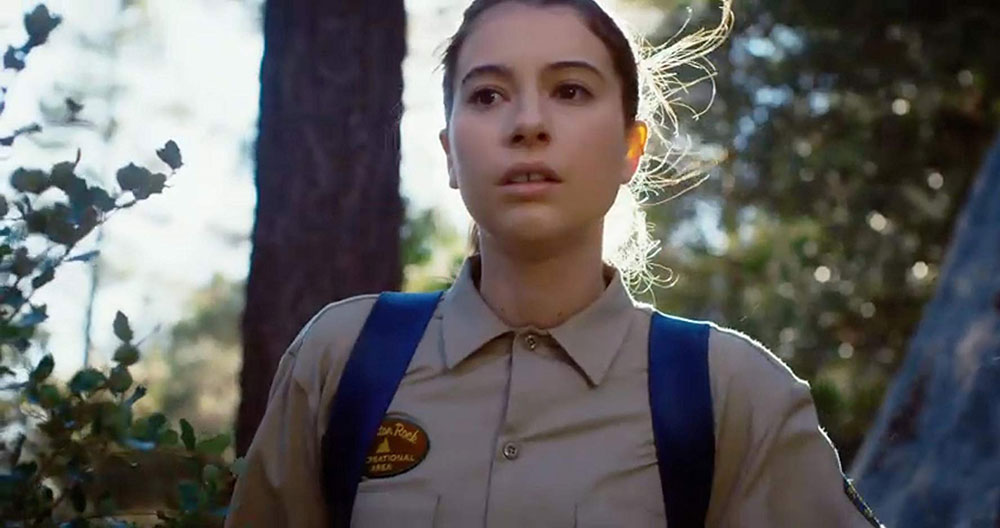 In the end, Body at Brighton Rock is original, suspenseful and savage.

It gives you everything you’re looking for when going to the movies. It’s pure popcorn fun. It’s the perfect midnight fright film. It’s a journey you don’t want to miss. So strap in and enjoy the ride, it’s one incredible film.