Video Rewind tells the BTS stories from the video store era, one rental at a time. Press play and adjust your tracking for “Barb Wire” (1996)! 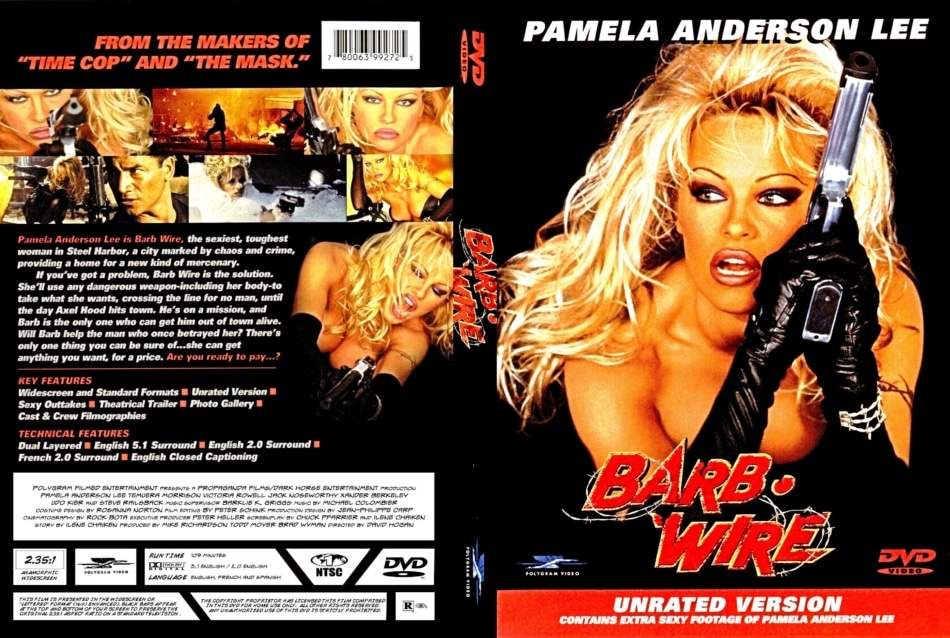 When Humphrey Bogart stood on a dark, foggy tarmac saying goodbye to Ingrid Bergman with the iconic line, “here’s looking at you, kid,” audiences in 1943 were watching in real-time what would become one of the greatest films in Hollywood history. To this day, Casablanca remains as influential as ever, and, as Hollywood is wont to do, both a sequel and a remake have been discussed numerous times since its release.

In the mid-1990s, a big-budget remake of the 1954 Humphrey Bogart-Audrey Hepburn classic Sabrina was released with Harrison Ford in the Bogart role. The film underperformed at the box office but it did receive positive reviews, which was enough for Hollywood to look at what other classics had the potential for a remake.

Another Bogart film was selected, and Casablanca was greenlit to hit the big screen again in a re-imagining of the story. Starring in the Bogart role this time? A blonde bombshell named Pamela Anderson.

Barbara Kopetski, aka Barb Wire, made her comic book debut in 1993 from Comics Greatest World, a Dark Horse Comics label. Created by Chris Warner, the character was a street-wise, street-tough, leather-wearing, motorcycle-riding bounty hunter living in the rundown town of Steel City (“don’t call me babe,” Barb would warn men who tried to sweet-talk her).

Dark Horse Comics published a Barb Wire comic book series in 1994 and 1995, totaling 9 issues. In 1994, Dark Horse had two of its titles adapted for the big screen, both of which were a great success, Timecop, starring Jean-Claude Van Damme, and The Mask starring Jim Carrey.

Barb Wire would be the comic company’s next film adaptation, and the actress born to play the part was currently on the most-watched show in the world, Baywatch. 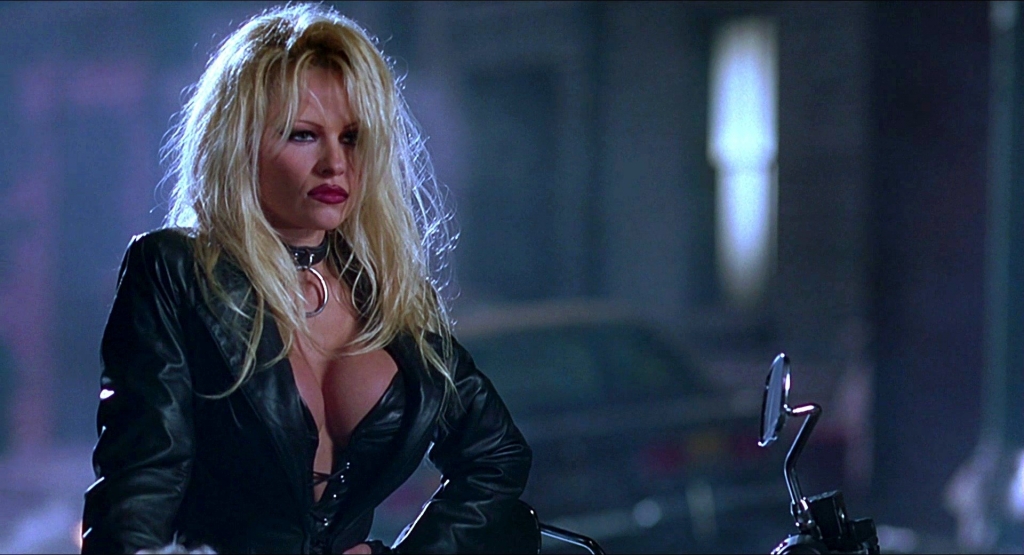 In 1989, 22-year-old Pamela Anderson went to a BC Lions football game in Vancouver wearing a Labatt Blue beer t-shirt. When she was captured on the stadium’s jumbotron, the gorgeous Anderson caused quite a stir, so much so that Labatt hired her as a spokesmodel (you can buy the ‘Blue Zone Girl’ poster on eBay).

By October she landed the cover of Playboy magazine, and by February of 1990, Pamela Anderson was Playmate of the Month, appearing in the coveted centerfold of the issue. With her budding modeling career, Anderson moved to Los Angeles and won the role of Lisa the Tool Girl on the first two seasons of the hit sitcom Home Improvement before accepting the role of C.J. Parker on Baywatch in 1992.

Anderson exploded in popularity, appearing on hundreds of magazine covers across the globe and attracting media attention with her every move. Because of the now-iconic Baywatch bathing suit, Anderson joined Farrah Fawcett in making the red one-piece sexier than the bikini. By 1995, she was a worldwide phenomenon causing a media frenzy and overshadowing every film at the Cannes Film Festival that year when she announced her involvement with the soon to go into production Barb Wire.

“When I read the comic book, I knew that nobody could play this character but me. I agreed to do it without even seeing a script.” 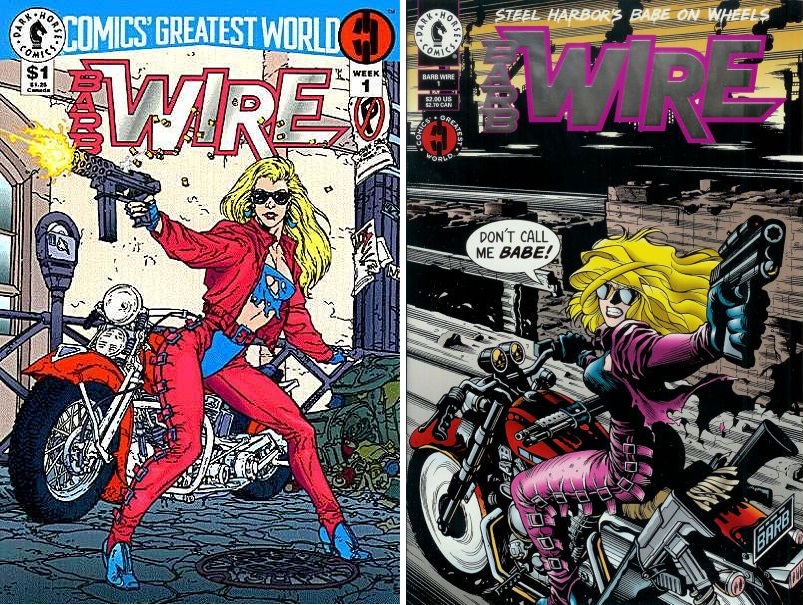 Anderson was over the moon to be the star of a big, mainstream Hollywood movie, and to play such an empowered character as Barb Wire. If she took the advice of her manager, however, the opportunity may have passed her by.

“My manager wanted to turn this down, and told me, ‘You’re not going to play a cartoon character.’”

But after third billing in a couple of low-budget thrillers (Snapdragon and Raw Justice; notice she’s front and center on both posters), Anderson was ready for a big, star-making picture, as well as a character she identified with.

“There’s an evil, twisted, dark streak inside me that I finally get to explore with this character.”

Adam Rifkin, fresh off his 1994 action-comedy The Chase starring Charlie Sheen, was brought on board to direct. Production on Barb Wire was set to begin in California and Mississippi in the spring of 1995, and by this time Anderson had gotten married to Motley Crue drummer Tommy Lee (the two married mere days after their first date in February, and they would divorce in 1998). Barb Wire would officially be marketed as starring Pamela Anderson Lee.

Despite the anticipation of the role and the excitement of her new marriage, both Anderson and the production were headed for a rocky few weeks.

Producers on Barb Wire were not liking what they saw in the early dailies of production, deeming the footage “unsatisfactory.” Just nine days into the shoot, Adam Rifkin was fired. Rifkin explained to Film Threat what happened:

Rifkin would go on to direct Detroit Rock City and write Mouse Hunt and Small Soldiers later in the decade. As for briefly directing Pamela Anderson? “She was great.”