A home invasion horror with a creature feature B-Story, this UK production is a better film than circumstances should have allowed for. 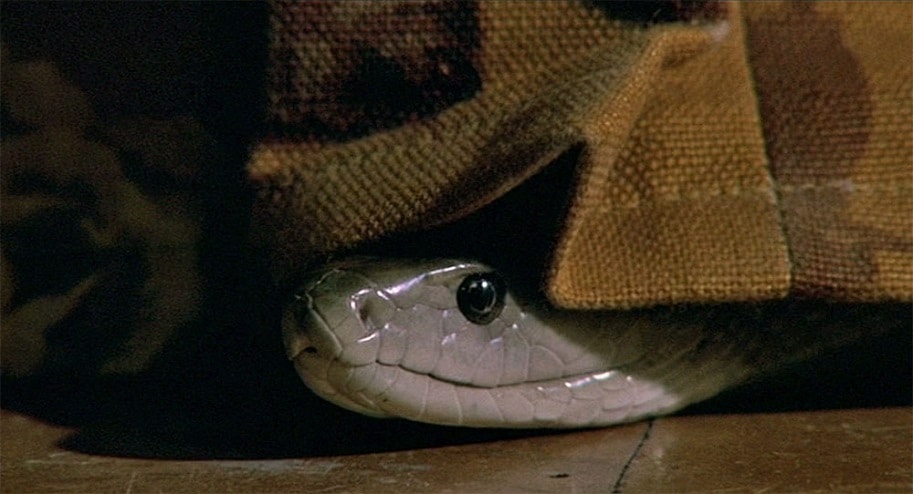 Criminals plan to kidnap the grandson of a wealthy American businessman and hunter living in London, unaware that a deadly Black Mamba snake is on the loose in the house. Let’s dig into 1981’s “Venom”, directed by Piers Haggard!

You can add this film to the troubled production list of legendary horror director, Tobe Hooper.

Hooper filmed about two weeks of footage at the helm before a venomous mutiny led by real-life supervillain Klaus Kinski. With Hooper ousted and seasoned UK director Piers Haggard on board to play pre-school nursemaid to the puerile behavior of two stars (Kinski and Reed), the film was underway… and didn’t turn out half bad.

With a strong score from Michael Kamen, all the right traps are set and all promises are kept.

An overbearing mother worried about her asthmatic son keeping the temperature of the house a balmy 75 plus degrees (good weather for a snake to thrive), a plot to bilk a well off family of its wealth by endangering the vulnerable child, and a mix up at the pet store leading the boy to bring home the “world’s deadliest snake” instead of a harmless house snake. All the pins are lined up and none are left standing by the end of the picture. 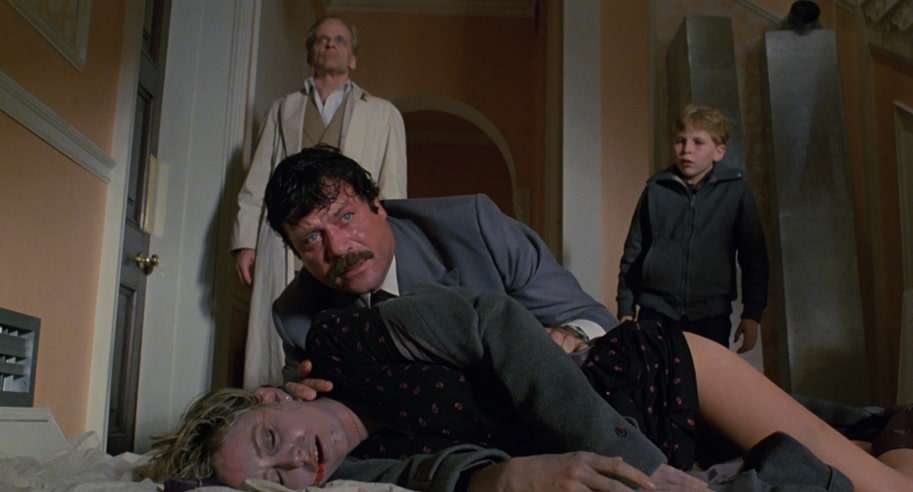 It is ostensibly a hostage film with a deadly snake thrown in to spice things up.

The acting is strong, besides the first snake bite scene which falls off a cliff of talent. The only gripe I would say I have with the film is the snake wasn’t enough of a threat. When it did become a life or death situation with the titular character, it never seemed to be at the possible demise of the “good guys ” which could have built some great tension.

A strong film came from the heady waves in the early days of production, but I’m hella curious to see the footage that Hooper shot, as not a single frame of his work made it into the final product, reportedly

Klaus Kinski (Jacmel) was born with a face for villainy. He seems like the most insufferable human in every role I’ve seen him in (Fitzcarraldo, Nosferatu the Vampyre, Crawlspace) — and apparently, Oliver Reed felt the same way in real life as reportedly they got along as well as Krueger and Voorhees.

Michael Gough has a small role here as a reptile specialist and has popped up in a couple of digs (Horror Hospital, Satan’s Slave), as well as playing the definitive (IMO) Alfred Pennyworth in the original 80s/90s Batman films.

Oliver Reed (David) will be most recognizable to genre fans for his roles in Burnt Offerings, Cronenberg’s The Brood, and the 1989 version of Edgar Allan Poe’s The House of Usher, but for pop culture purposes, one of his last and most visible roles was as Proximo in Ridley Scott’s epic Gladiator. 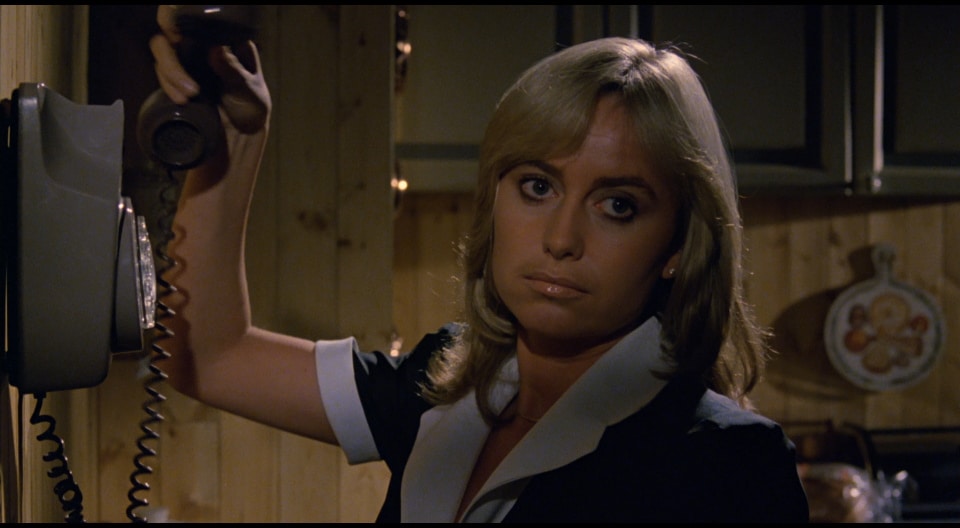 Not much to squawk at here. Even the maid’s undressing (which was timid) was a meaningful element to the story as she uses her wiles to seduce and manipulate the driver (Oliver Reed).

The structure of this film reminded me of many of the seventies films that I hold dear, such as Dog Day Afternoon. Even with anxious content, I still left the viewing with a warm and sunny feeling in my gut.

Something about this type of film feels exclusively 1970s. It may have been released in the eighties, but every decade has a hangover in style from the previous decade of filmmaking. The eighties seemed to last a bit longer than any other, and it wasn’t until 1984 when Wes Craven’s A Nightmare on Elm Street rocked the world of blood and guts that things took a turn for the grande and gory. Leaving this just as it is — a film locked in time — feels very comfortable.

Though the Mamba inevitably hatches an egg in the air duct, the story of that spawns carnage was not relayed on film.

Blue Underground is responsible for a Blu-ray release. You can also stream on Tubi, Flix Fling, and Night Flight Plus.