An original and creepy premise “The Ambulance” brings more humor than expected; one of Larry Cohen’s best and most creative films. 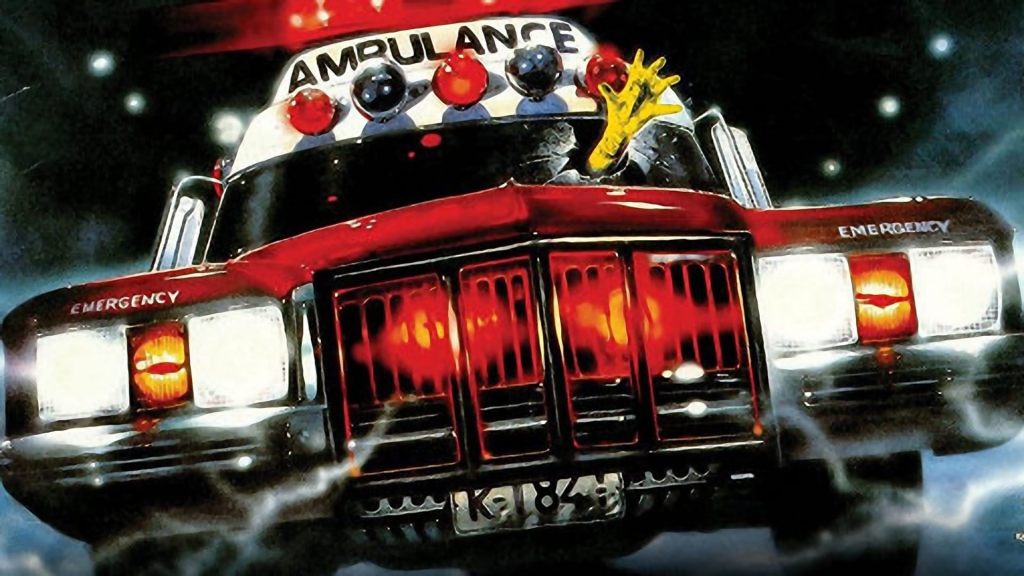 Josh, a comic book artist, tries to pick up a beautiful girl on the street but when she collapses suddenly and is brought by ambulance to hospital she disappears completely, and now it’s up to Josh to uncover the nefarious plot of her vanishing. Let’s dig into 1990’s “The Ambulance”, written and directed by Larry Cohen!

It’s a bit of a detective story with unsuspecting characters.

Josh (Eric Roberts) starts the film off with a voice-over: “This is a story of what happens when a guy meets a girl on the street.” It’s a play on that old adage, “You don’t go to the bar to meet someone you want to bring home to meet the family.”

Yes, Josh is a dog. That fact is never downplayed. He even addresses it as he attempts to woo Cheryl (Janine Turner). It does serve as the catalyst for our story though, as Cheryl collapses from low blood sugar. When she’s whisked away by an ambulance, which seems all too conveniently at the ready, Josh goes on the hunt to track her down when she’s not at the expected hospital.

The problem with that premise is it’s based on lust; a flash in the pan. Josh jumps so quickly to the next girl in front of him that it castrates the momentum of the story. 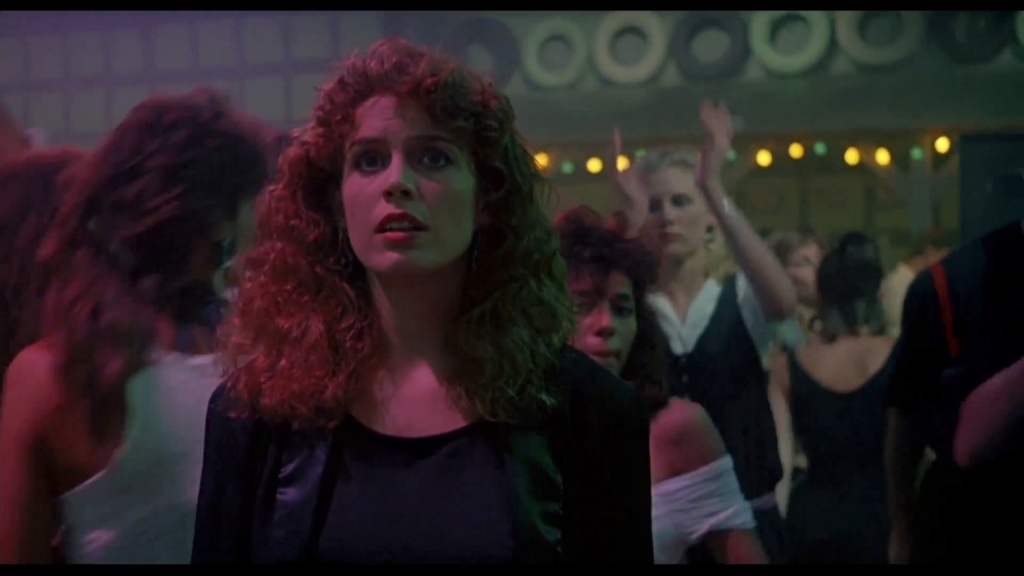 Speaking of the story, I love it.

The idea that something like an Ambulance, which is supposed to be there for us at our most vulnerable and dire moments, is actually a vehicle for evil is so exciting that I wish it was more of a focus rather than the half-baked love story.

That’s not to say I didn’t like the film. I did in fact enjoy it, and I enjoyed the marvel artist character of Josh no matter how irredeemable his sexual appetite may seem. His chemistry with Officer Mallory (Megan Gallagher) was palpable. There is more humor than I would have expected and some of the dialogue is very unnatural, but there are so many strong elements I can mostly forgive all that.

A perfectly Red Buttons performance is another bright spot. This may prove to be my favorite Larry Cohen film. 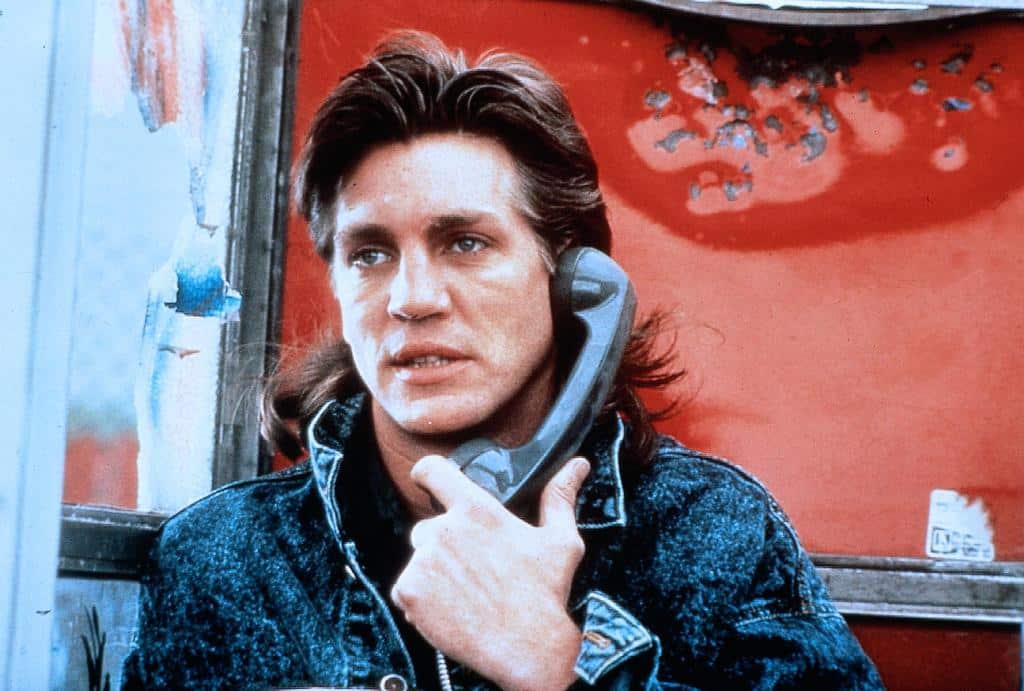 Eric Roberts has enjoyed a long career in the film industry. From the martial arts gem Best of the Best to playing the villain in The Expendables. He also happens to be the brother of A-Lister Julia Roberts.

The comic legend Red Buttons brings his specific brand of laughs to his role and proves his range of talent. He was brilliant in the original The Poseidon Adventure, alongside Gene Hackman.

Stan Lee, in his first film role, plays none other than Stan Lee! This would mark the breakthrough for Lee to pursue a film career that saw him cameo in almost every film created from the house of Marvel.

I found nothing out of sorts. 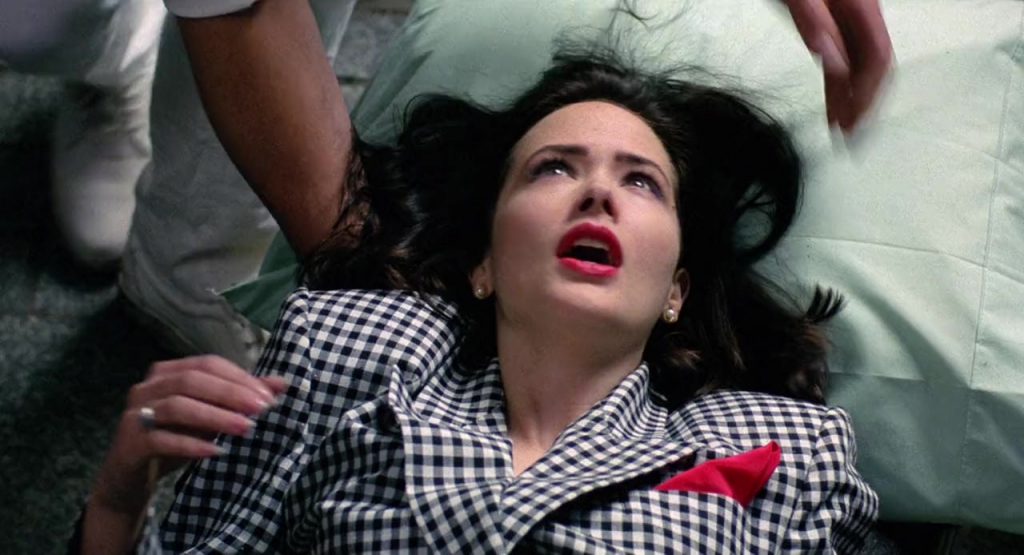 Just a year after Best of the Best (which is his best), Eric Roberts is at his peak leading man status here. But for my money, it’s Janine Turner that steals the show in her abbreviated role as Cheryl, the diabetic kidnapee. Full disclosure, she had already stolen my young heart as Maggie in Northern Exposure.

That premise is so killer. An Ambulance that brings you not to salvation but delivers you to evil? I’m aaaaaa-hundred percent in on a dark reimagining of this. A seedy, New York-based story with a dark-tinted 1970’s style ambulance? Sign me up.

Shout Factory released a Blu-ray in 2018 with new commentary from director Larry Cohen.