Video Rewind is a look back at forgotten VHS favorites from the video store era, one rental at a time! This month’s movie is “The Guardian” from 1990. 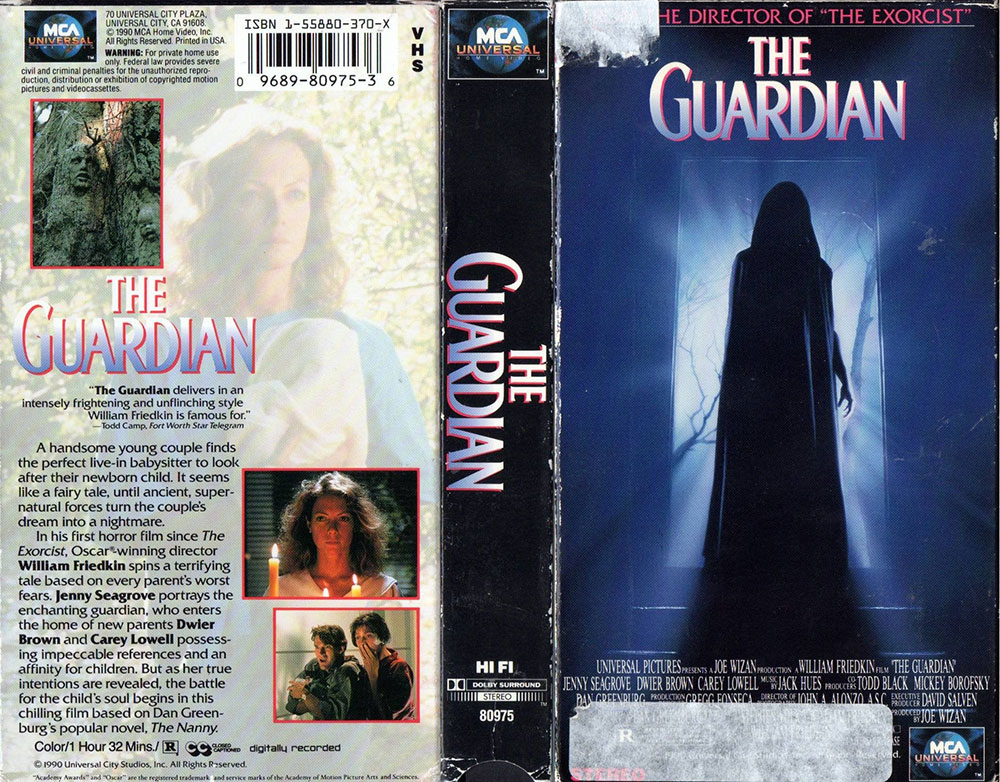 After only two days in the married couples’ home in Los Angeles, the young nanny made a friend. The nanny and her new friend took the baby to a local bar to meet up with a couple of guys, ending the night back at the married couples’ home for some after hours activities, all with the baby present. The following day, the young nanny was very upset because the men had ripped off the two girls and split, taking all of their money along with the new nanny’s passport. Thankfully, the baby went unharmed.

Needless to say, when the married couple found out what happened, the nanny was history.

That married couple in this real life horror story was filmmaker William Friedkin and his then wife Lesley-Anne Down (the two divorced in 1985).

Friedkin’s personal nanny-from-hell experience forged his interest in The Guardian, his 1990 horror film based on the novel The Nanny by Dan Greenburg (Friedkin didn’t like The Nanny title). 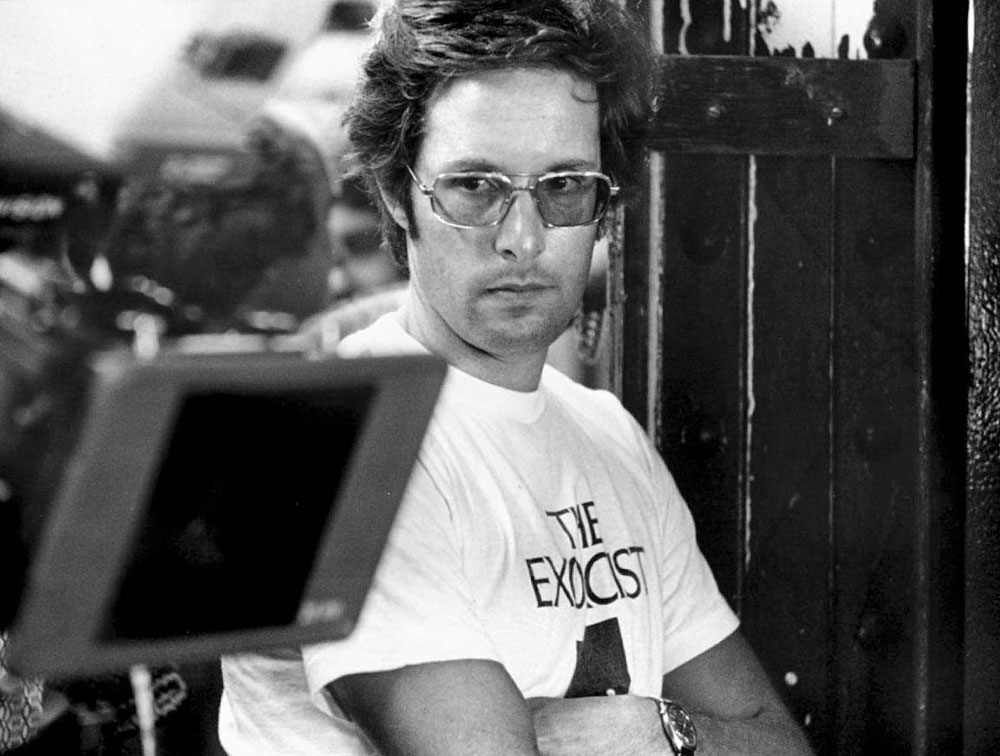 Sam Raimi of The Evil Dead fame was originally set to direct the film but dropped out early to film Darkman instead. The original script was then given to Friedkin by Joe Wizan, a producer on The Guardian and one of Friedkin’s first agents when he moved to California in 1965. Friedkin found the script to be “lame” but wanted to help out his former agent and friend who he claimed to be “very relevant” to his career.

So Friedkin met with Stephen Volk, the original script writer for The Nanny, and after several drafts together it was apparent the two writers wanted to take the story in very different directions (Volk allegedly suffered a nervous breakdown from all the rewrites). Volk’s drafts stayed closer to the source material, and Friedkin veered into the supernatural at the urging of Universal, the studio looking to capitalize from the filmmaker’s reputation from 1973’s The Exorcist.

This ultimately led to Friedkin writing the final draft of the script himself, even though he never read the novel on which the first draft was based.

Friedkin didn’t set out to make a horror movie when he signed on to direct The Guardian.

He instead viewed the story as a Grimm fairy tale in the classic dark sense, but he wanted it to take place in the modern world. 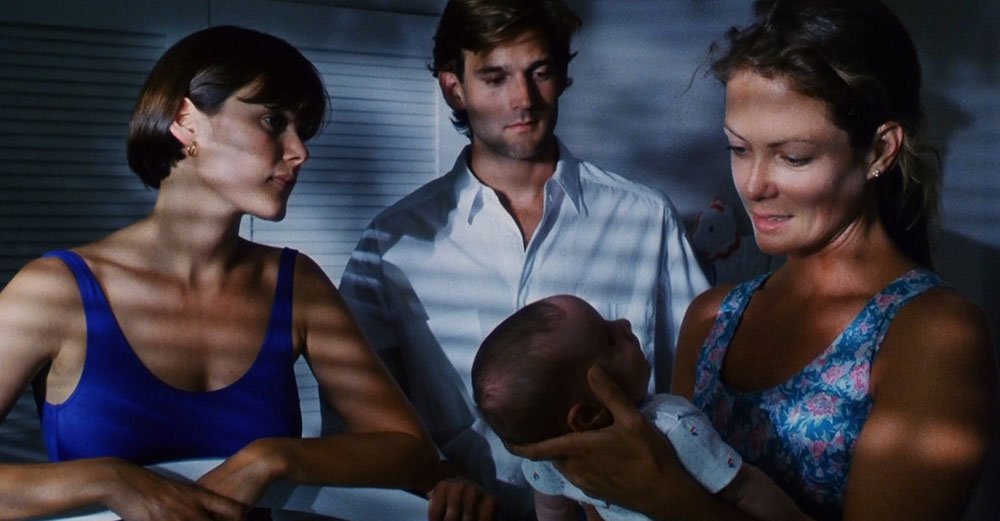 The story centers on yuppie couple Phil (Dwier Brown) and Kate (Carey Lowell) who move to Los Angeles where Phil lands a job at a lucrative advertising firm, making the contemporary setting as contemporary as it gets for late 1980’s audiences. Friedkin may not have intended to make a horror film out of The Guardian but a horror film is what he made — his first in 17 years, when The Exorcist broke records and was nominated for 10 Academy Awards, earning Friedkin a Best Director nod.

Coincidentally, The Guardian would be released the same year as The Exorcist III, with the latter winning the box office battle (although both were flops).

Dwier Brown, who previously worked with Friedkin on 1985’s To Live and Die in L.A., and Carey Lowell were cast as married couple Phil and Kate. The two actors were both just coming off their biggest films to date in 1989, Brown in Field of Dreams opposite Kevin Costner and Lowell (a former Calvin Klein and Ralph Lauren model) alongside Timothy Dalton as Bond Girl Pam Bouvier in License to Kill.

The two would play parents who hire an evil nanny named Camilla to watch their newborn baby while they tend to their blossoming careers.

For the all important Camilla, Friedkin cast Jenny Seagrove, an accomplished British stage and screen actress. 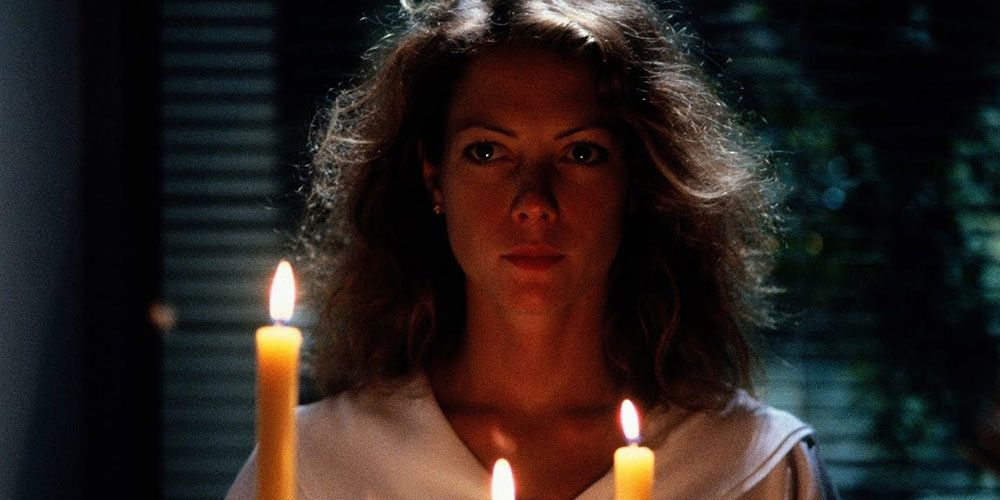 This strong background in the theater reinforced her ability to incorporate a distinct personality in her movements. Camilla moves with a misleading properness, an attribute supported by her calmly intelligent accent. But look closer and her movements seem too stiff, almost otherworldly, as if an entity had learned the movements of high society people and tried to mimic them. Distracting from this is her alluring confidence and beauty and the inherent trustworthiness that naturally follows those qualities.

All of this wasn’t lost on director Friedkin, who once considered Uma Thurman for the role but instinctively cast the talented Seagrove as Camilla saying she had “a mysterious element behind a very charming facade.”

When the three-month film shoot began in June of 1989 in Los Angeles and Santa Clarita, California, the rewrites of the script weren’t finished. Jenny Seagrove said, “pages were flying at us,” and while visiting Friedkin at his home she says the director told her about the Druid mythology he had been reading about and wanted to work it into the film.

“Suddenly this idea of this weird kind of tree came about, and suddenly my character was not just a nanny but she was a Druid character who turned into a part of the tree, and she had to feed the tree — things were evolving all the time,” says Seagrove.

As if an evil nanny weren’t scary enough for young new parents Phil and Kate, they now had to contend with an evil Druid witch who sacrifices babies to an ancient, magical tree in the forest. At least Friedkin didn’t have that to worry about with his nanny.

Just as Friedkin didn’t intend to make The Guardian a horror film, the new direction of the script was not the film that Seagrove wanted to make.