As we say goodbye to the King, with the official retirement of Ash Williams, this week’s fitting spotlight is on the “Army of Darkness” comic series. 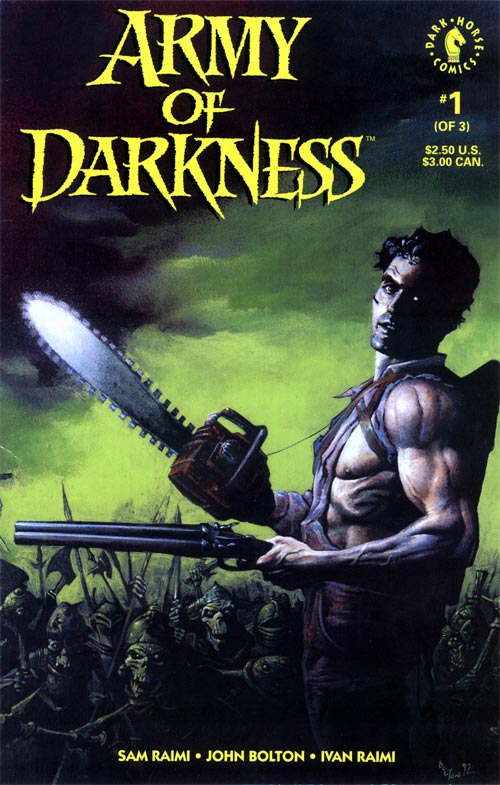 Kyle Laugh here once again from LongLiveTheVoid.com with your weekly dose of horror reading material and this week. As we’ve received the unfortunate news that Starz has cancelled Ash Vs. Evil Dead, I thought it would be fitting to celebrate the life of everyone’s favorite ‘Boomstick’ carrying mouthpiece, Ash Williams.

We’ll be checking out the first comic series to be adapted from film Army Of Darkness, and the first in a long line of Evil Dead themed graphic novels. 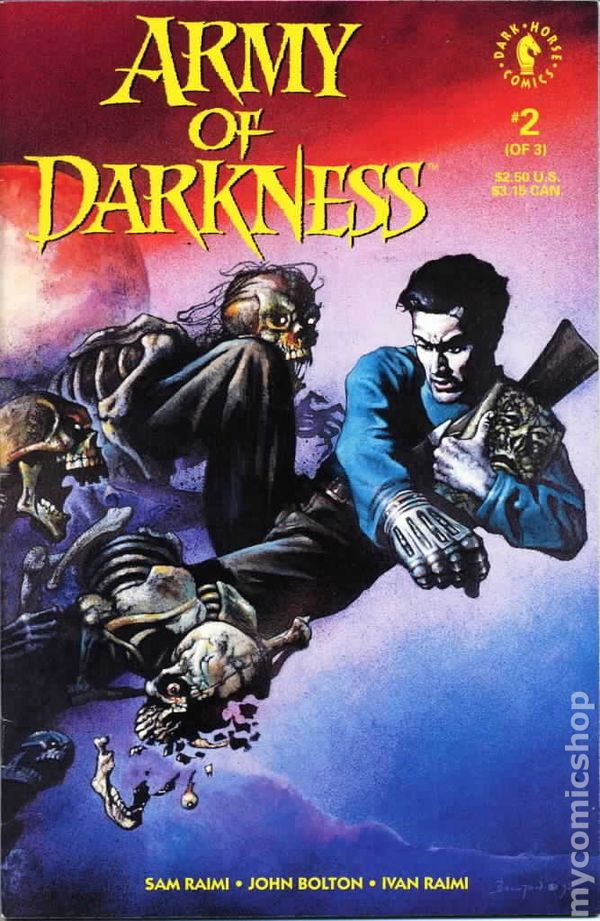 Army of Darkness was brought to us as a three issue mini series thanks to Dark Horse Comics. The story was adapted from the film’s original script, which saves me from having to go into any real detail about it, as most of you have likely already seen the horror comedy classic for yourselves.

The popularity of the books aided in spawning several comic sequels, as well as a variety of stories. Some continue to follow Ash’s life throughout his time at the cabin, while others provided readers with new storylines to enjoy. A small handful even crossed over with other well known horror icons, which is something we will go into more detail about next week. 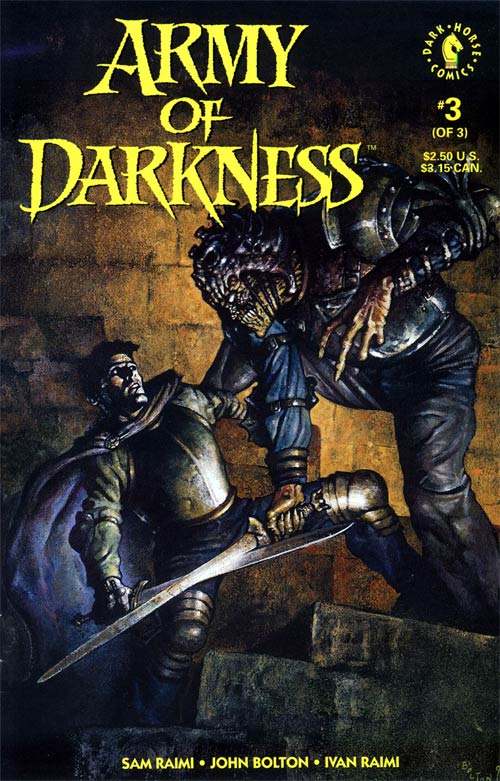 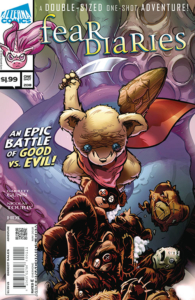 When we are young, our parents tell us that there is nothing that goes bump in the night. The terrifying monsters that live in our bedrooms are apparently just “figments of our imagination.” Our eyes playing tricks on us. They tell us that the Boogeyman doesn’t exist. That there is nothing under our beds or lurking in the shadows of our closets. There’s only one problem. They Lied. 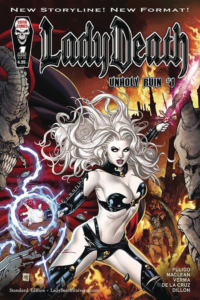 News that her beloved mother Marion is being held captive leads Lady Death straight into Gore Galore, a horrific, twisted reality show televised throughout Hell that pits the diva of death against hordes of cannibal serial killers, supernatural slashers, even former allies. It’s a suicide trap masterminded by the Hellbourne Elders to wipe Lady Death off the face of Hell! Can Lady Death prevail and be reunited with her mother? Meanwhile, Hellwitch and her Hellbourne army descend to exact revenge! Featuring the return of a beloved character, the introduction of Mr. Atticus Marrow and reintroducing War Angel! 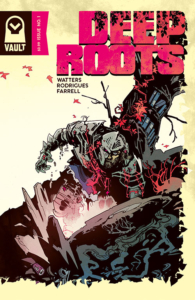 Roots, once suffocating under cement, tear through the streets of London to throttle buildings. Vegetable homunculi hold up banks with automatic weapons. There is a green and blooming world beyond our own, fighting back against the human pollutant. We will launch a rescue mission to this Otherworld. But it is cruel and unknowable, and should we become tangled in its vines, more than cities will fall.