What’s new in horror comics plus this week’s spotlight on ‘Revival’, an award-winning series originally pitched as “Fargo” meets “The Walking Dead”

I want to start by thanking the Angry Princess herself, Steph, for allowing me to be a guest contributor for Morbidly Beautiful and hope that you, as a reader, enjoy what I have to offer you in my new weekly column regarding horror themed comic books.

The idea is simple, on top of bringing you information on some of the latest genre-centric graphic novels to be released, I will also be showcasing a series that you may want to check out for yourself. For the inaugural article, I’m going to introduce you to Image Comics’ ‘Revival’. 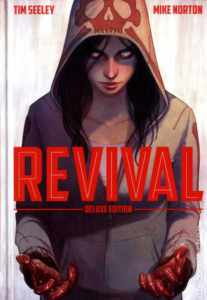 Due to an unknown occurrence, anybody in the city who passed away on January 1st of 2012, no matter the cause, came back to life the following day. This prompts the CDC to take action, setting up a quarantine around the city limits as a way of studying the phenomena. When word gets out regarding ‘Revival Day’, people from all around the world begin flocking to the site. Some are looking for a way to bring back their loved ones or to cure themselves of disease, while others believe these people are undead and must be destroyed. 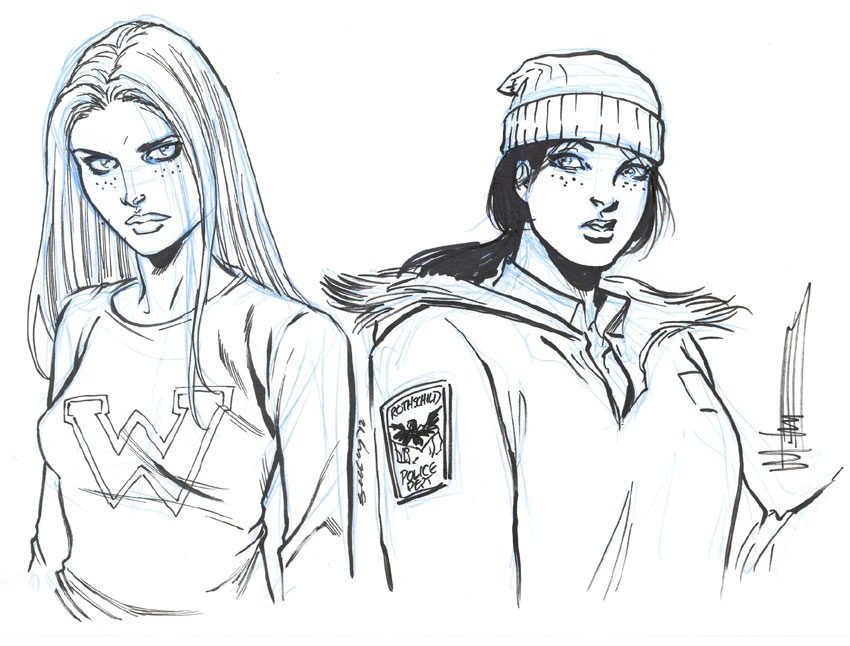 The storyline itself revolves around the Cypress sisters. Dana is a detective for the local sheriff’s office. She is tasked to work with a doctor from the CDC in order to find answers to what caused such an event to take place on New Year’s Day. Her sister, Em Cypress, is a college student who suffers the same fate as the other ‘Revivers’.

Although Em tries to keep her condition secret, Dana soon finds out about it. But, since Em can’t remember the details surrounding her own death, Dana begins a side investigation into the murder of her sister — keeping it quiet to avoid any harm coming to her only sibling.

Norton’s art work is incredible, displaying an ability to tell the story without the necessity  of dialogue. With that being said, this does not discredit Steely’s writing at all. His use of conversation between characters gives this graphic novel an authentic feel, providing a realism which seems to be lacking in other books of the same vein.

In 2013, ‘Revival’ was nominated for three Harvey Awards, showing you exactly how great of a story this is.

Unfortunately, near the end of its run, sales had dropped dramatically. This forced a quick wrap up to the storyline, which is highly unfortunate. Luckily, all the loose ends were dealt with, although in a very quick manner and inconsistent with the way things would typically be drawn out. 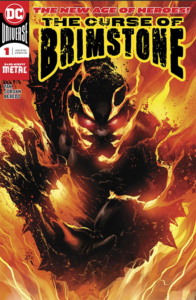 Joe Chamberlain would do anything to save his small, forgotten town—even make a deal with the devil. But things get worse, and Joe finds himself cursed with the power of BRIMSTONE. With the power of fire and destruction coursing through his hands, Joe must now track down and destroy the demon he made his deal with before the power he now wields destroys the town he was trying to save. But as the fiery pain inside him grows, can this young man overcome his own demons before his power rips him apart from the inside out? 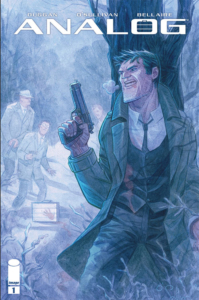 Five years from now: the security of the internet has been totally destroyed. Secrets are no longer sent over the web, they’re entrusted to armed couriers called “Ledger Men,” like human punching-bag Jack McGinnis. He’s got a gun in one hand and a briefcase handcuffed to the other. Danger lurks around every corner, and Jack has to watch his back—because he had a part in the cyber attack that changed the world. Get in on the ground floor of this new ongoing series and thrill as we slam Jack’s fist into the faces of spies, mercs, fascists, and eventually less punchable adversaries like a very grumpy artificial intelligence.