Fans of “The Walking Dead” should thoroughly enjoy the origin story of the series’ most compelling and entertaining character with “Here’s Negan!” 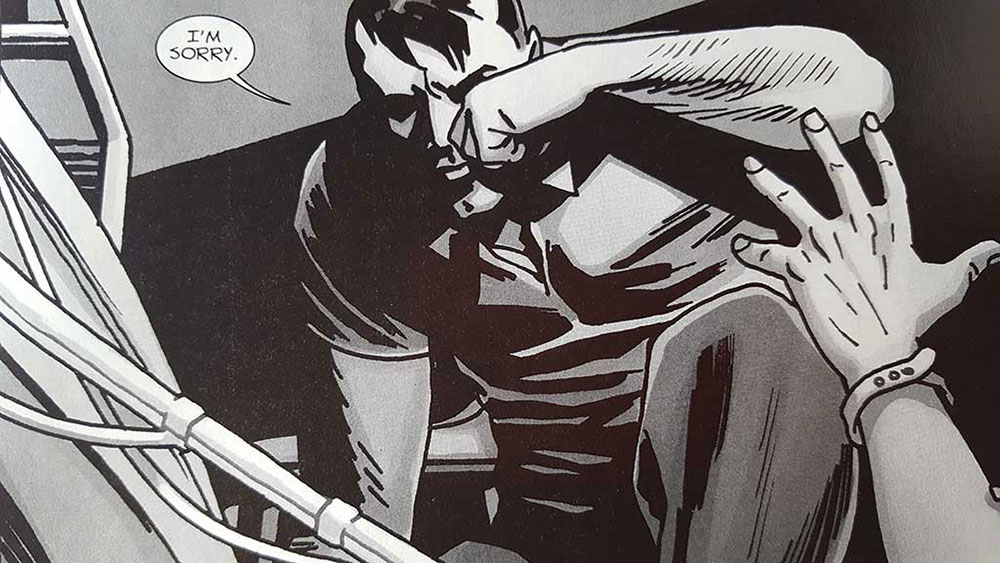 Due to the fact that I’ve been having one of the worse work weeks in my entire life, I was searching for alternative ways or things of focusing my attention on in order to avoid becoming angry, creating backlashes, startling those around me with loud noises…or anything of this nature.

Thanks to my need to have something Horror or Comic related (ideally both) relatively nearby at all times, it ensured a very fun and positive conversation between me and my colleagues.

The conversation piece? The first two compendiums of “The Walking Dead”. As people saw me pulling them out of my locker, I was immediately questioned about how good the graphic novels really were in comparison to the television show. I went on and on about the comic and its differences from the show regarding characters, storylines and some of the more graphic content that couldn’t quite cut it for broadcast television. 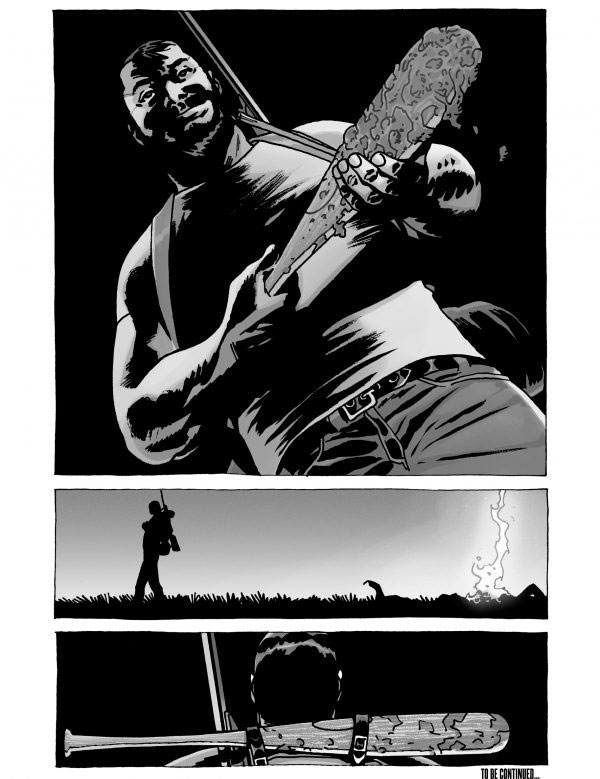 As time went on, the conversation began centering around one of the source material’s most interesting characters — none other than Negan himself. Once they began talking about his past, I explained there was a one-off created to address that exact question of his origin. Who is Negan, why is he such a crazy bastard and, most importantly, why did he name his bat Lucille?

This bring us to this week’s spotlight comic “Here’s Negan” that answers all those questions within its pages.

We are brought back days prior to the inevitable apocalypse to see how our old pal Negan was living his life. Through his own workplace misunderstandings, crumbling home life and extracurriculars, we get a first hand look at what turned the man into who and what he is today!

So if you’re interested in finding out more about Negan’s humble beginnings — or if  you are a fan of the show and want a more detailed look into his past than AMC was willing to provide viewers — check out “Here’s Negan” for yourself! 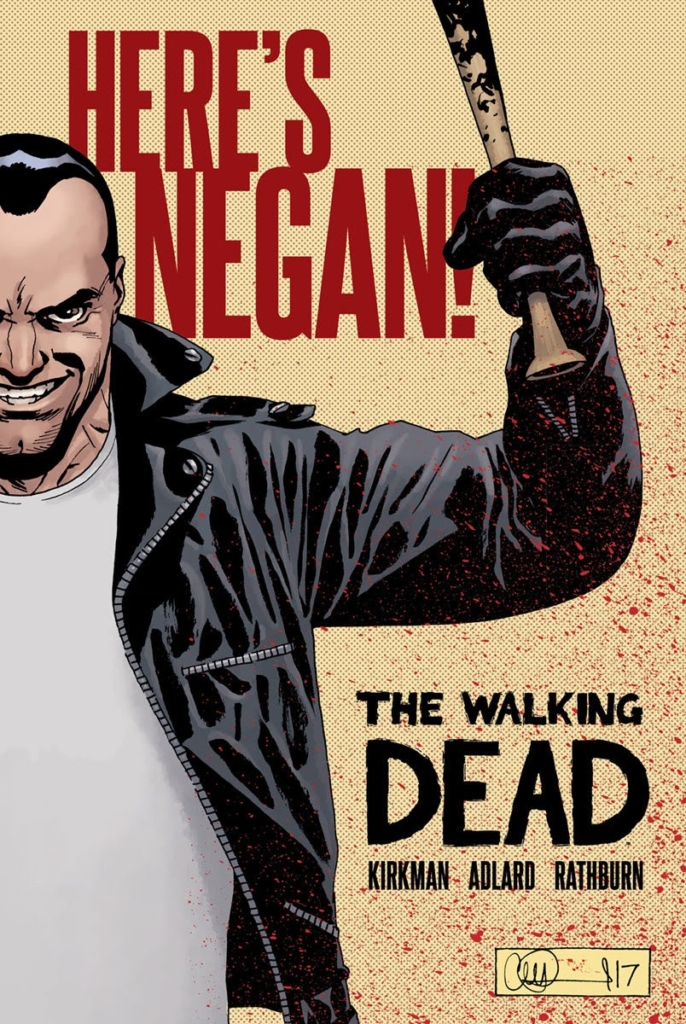 2714. The Earth has been conquered by a brutal alien race. Our only hope is a team of unlikely heroes, led by the planet’s most formidable warrior, Brigadier General Neriah Willis.

The utopian world of Eden offers refuge, but our heroes quickly discover something far more sinister is at play.

Cullen Bunn (Empty Man, The Unsound) returns to BOOM! Studios with a chilling necromantic horror story! A new drug is sweeping through the streets of New Orleans.one made from the ashes of the dead.

Wars are being fought over who will control the supply, while the demand only rises. While the crime families wage war, users begin to experience terrifying visions of the dead coming back to life-through them.

The United States of America-after the Second Civil War. Two lovers meet. One: a straight-edge vegan hacker anarchist boy with a penchant for messing with the State. The other: a chaotic, hedonistic cop with a reality TV show and a license to kill. This really shouldn’t happen — and yet, somehow, it does. And soon, the entire state of New California is after them.

This ballistic sci-fi action romance miniseries-in the vein of Mad Max and Romeo and Juliet-from ALE? KOT, TRADD MOORE, and HEATHER MOORE begins with a massive-sized debut issue, and features a backup comic introducing the talents of AARON STEWART-AHN and SUNANDO C!