An insane, wickedly fun, bloody romp with great effects, “The Dead Pit” isn’t talked about much among horror fans but it deserves more love. 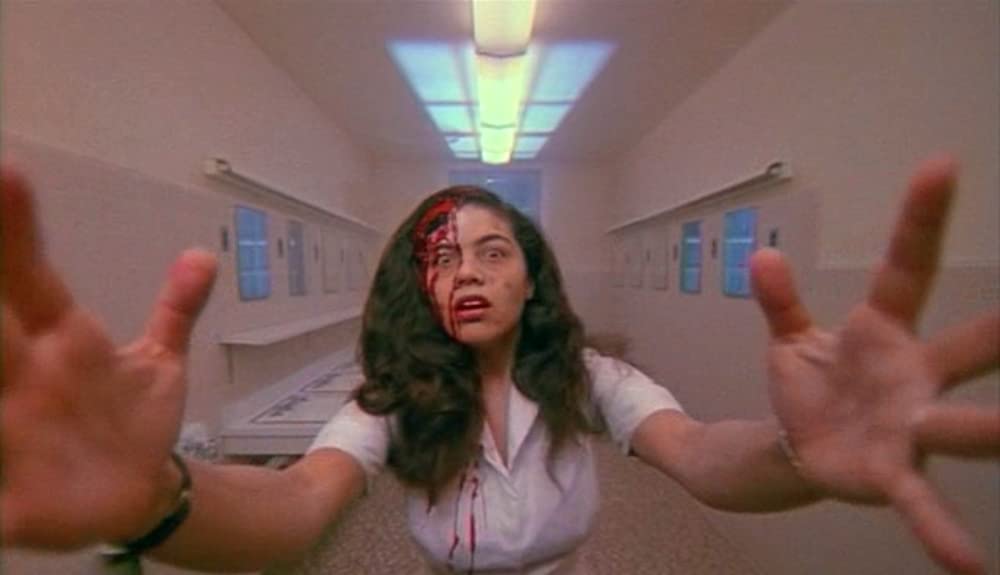 Admittedly, my last Weird Wednesday selection of Zombie Nightmare was lacking in the weird — though it was certainly full of bad.

It’s hard to blame me. With the combination of the Blu-ray cover, a lead actor named Thor, Adam West guest starring, Tia Carrera in an early lead role, and a 1980s metal soundtrack, Zombie Nightmare had all the ingredients for a very weird experience. Unfortunately, one cannot always judge a book (or a movie) by its cover.

This time, however, I was determined to unearth a movie befitting the Weird Wednesday title. So back to the Exhumed Films table I went in search of the obscure and odd. What I found was a movie released on Blu-ray by Code Red — The Dead Pit.

Cool cover artwork, a mental institution setting, and the promise of medical and body horror.

I plunked down the cash and hoped for the best… or, in this instance, for the bizarre. 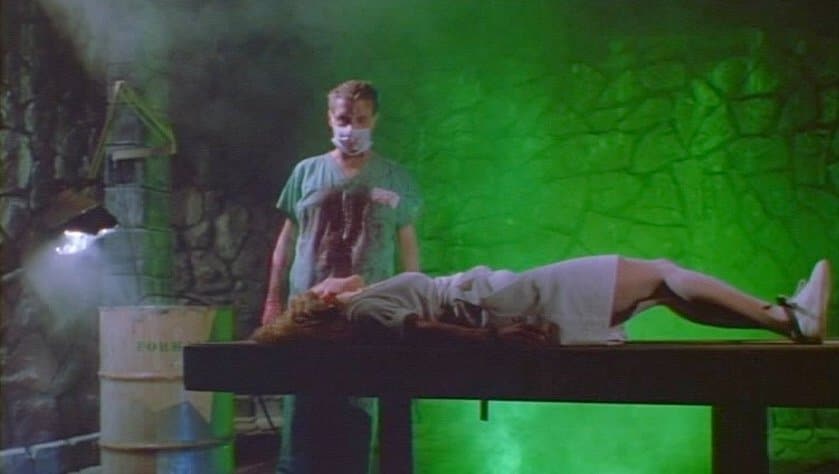 The Dead Pit gets right into it, introducing Doctor Ramzi (Danny Gochnauer) performing a lobotomy on one of his mentally disturbed patients, and carrying the patient’s prone body to an abandoned part of the generic mental institution.

Ramzi’s colleague, Doctor Swan (Jeremy Slate), follows discreetly and finds Ramzi’s hidden basement of horror. Body parts are on the ground, and a body that’s been recently experimented on lays on a slab. The body has had the brain operated on and strange symbols carved on the body.

Swan is horrified and frozen in terror when Ramzi appears. Ramzi proclaims that he’s no longer interested in life, but in death.

As Swan points a gun at him, Ramzi states that he can’t be killed and then Swan shoots him in the forehead. Swan leaves the chamber of horrors and seals up the room. 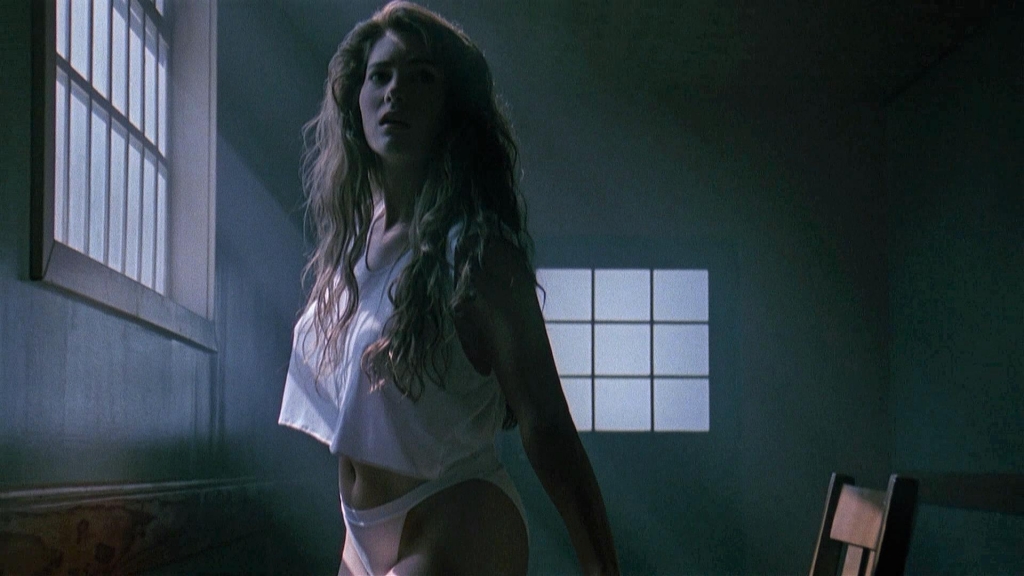 (Dear reader: When you see a title card in a movie that proclaims some number of years later, do you hear the Spongebob Squarepants narrator in your mind? If I’m not the only one, please comment on this review.)

Twenty years later, at the same asylum, a young woman (Cheryl Lawson) is brought in by the police. She has no memory of who she is or how she came to be at the hospital. She’s given the Jane Doe moniker and checked in. We learn that Doctor Swan is now the administrator at the asylum.

The arrival of Jane Doe coincides with an earthquake that shakes the foundations of the asylum and breaks the seal on the last resting place of Doctor Ramzi and the patients he experimented on. Soon, Jane begins to see visions of Doctor Ramzi in a more ghoulish form than he had been twenty years earlier, and patients and staff begin to mysteriously disappear.

As Doctor Swan works to unlock the memories of Jane Doe, he learns that her past might expose his own secrets. Jane starts to have disturbing and violent dreams. And the missing staff and patients start to return as something other than human, something terrible, and bringing death with them as Ramzi’s pit of death unleashes Hell.

As a movie made in the late 1980s, THE DEAD PIT fits in with other straight-to-video offerings from that era with its combination of gore, comedy, barely-there plot, and nudity. Click To Tweet

While The Dead Pit does have some similarities to Re-Animator, it generously borrows ideas that fans have seen in many other horror movies and sometimes adding an interesting twist. 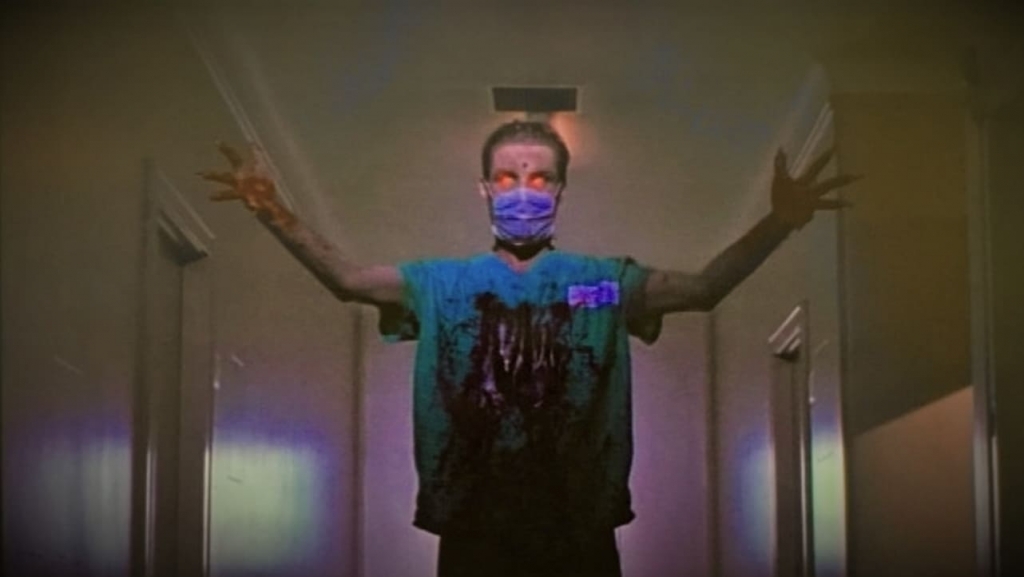 For instance, the zombies that Ramzi has created act like a combination of the Re-Animator zombies (twitching, frothing and drooling, intelligence) and the zombies from Return of the Living Dead with their obsession with brains.

The zombies in this movie don’t eat the brains though, they hold them like trophies. The Dead Pit zombies will crush and explode heads to get at the brain, but they hold them up like a sacred object or, in some instances, play with them like they are a handful of Play-Doh.

The zombie effects work is outstanding.

There is gore-a-plenty, and the re-animated bodies are especially gooey, juicy, and gelatinous, making for a gross body. This isn’t the type of movie where you ask how 20-year-old corpses, re-animated as they may be, are so full of fresh-looking body fluids.

It’s not just the zombie effects that are particularly impressive. 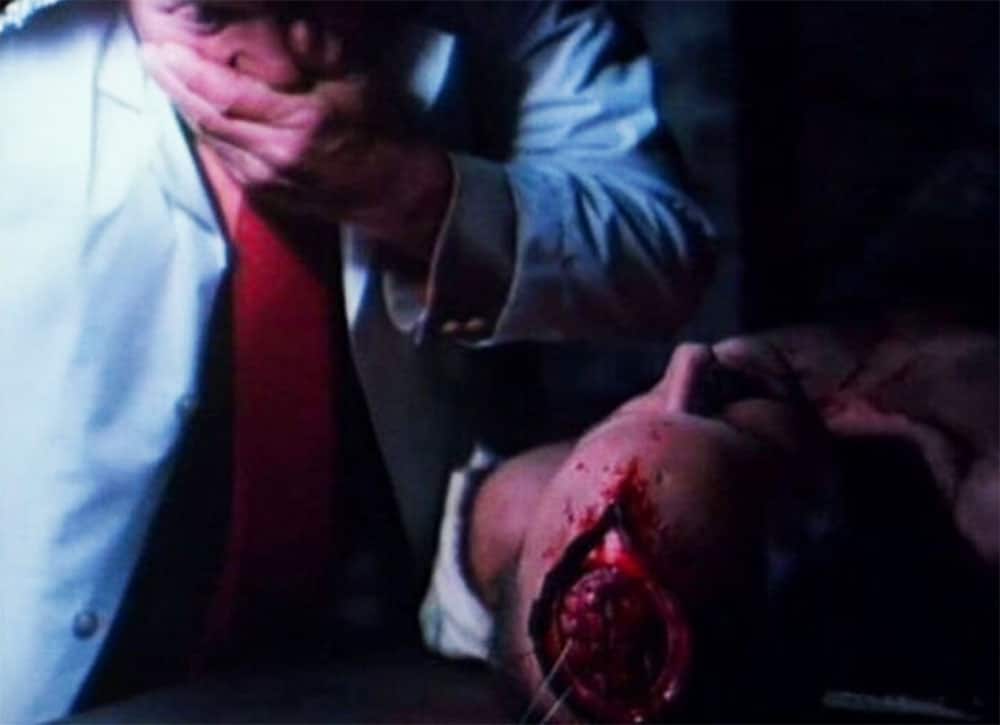 The operating and body modification work is startling. There is one specific brain operation that has to be one of the best skull cracked open, brain exposed, operating on a still-living person scene that I’ve witnessed. This one scene far exceeds the brain-eating scene in Ridley Scott’s Hannibal.

THE DEAD PIT builds to a frantic and crazed ending that includes an insane nun blessing a water tower, a demolition expert laying bombs, a kind of exorcism, more brain surgery, and a lot of water.

He followed this movie up with the Stephen King adaptation The Lawnmower Man, which wasn’t the hit that it was expected to be. But you can see that many of the themes in The Dead Pit, science and medicine experiments gone awry, are in The Lawnmower Man.

“This isn’t the time for psycho-analysis.”

“C’mon, we’ve got a water balloon to drop on these assholes.”

The Dead Pit is currently available on streaming services Shudder and Tubi. The