Welcome (Back) to Fright Night!

36 years after his directorial debut, Tom Holland plans to return to his roots with a direct sequel to 1985’s “Fright Night”.

In an interview with Syfy Wire in October 2020, the original Fright Night Director Tom Holland confirmed that he is working on a direct sequel to be called Fright Night 2: Resurrection. He confirmed he was working on the script and planned to bring back everyone possible for the sequel, which (much like the 2018 Halloween reboot) chooses to ignore the original sequel released in 1988.

He planned to include Charlie, Evil Ed, Jerry, and his right-hand man, Billy Cole. Amy was not mentioned in the article, but she also wasn’t included in Fright Night Part 2. Like Charlie, most of us didn’t stay with our high school dates past high school. But, they do hold a special place in our hearts most of the time. It would be interesting to see what turns their lives took and for them to reunite to fight Jerry again. Unfortunately, Peter Vincent, portrayed perfectly by Roddy McDowell, will be sorely missed, as he died in 1998.

I was excited to hear of a sequel resurrecting the original characters. 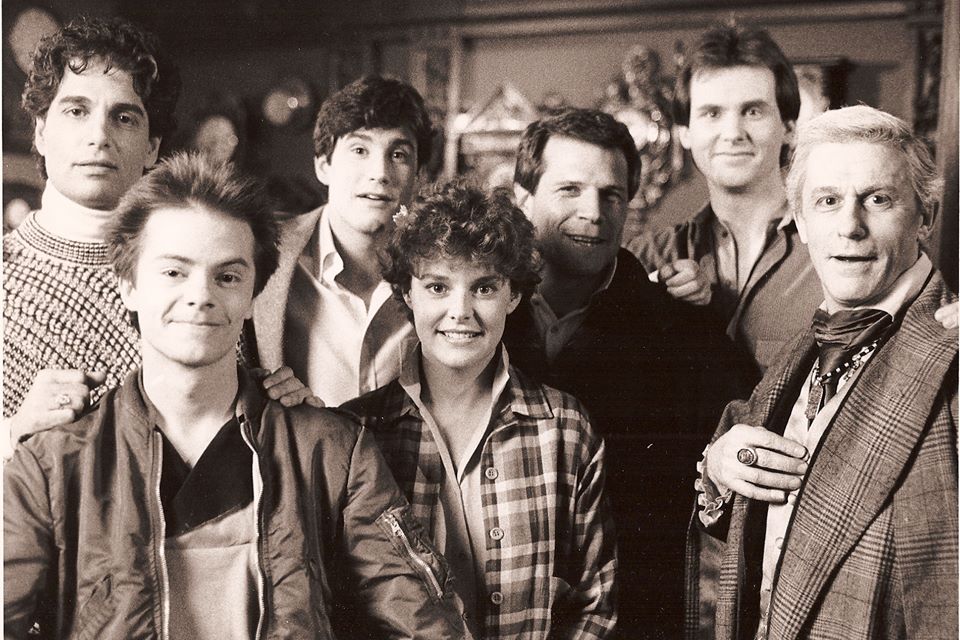 I anticipate how Jerry and Billy will be brought back to life. Was something bungled with the original deaths that would make their deaths temporary? Did some unwitting person stumble on their remains and accidentally resurrect them? I also wonder about Evil Ed. I tend to think that he did not actually die in the original film, as he is heard to say, “You’re sooooo cool, Brewster!” at the end of the film. Some may interpret the voiceover as a memory, taunting at Charlie as he makes out with his girlfriend while Peter Vincent’s late-night show flickers on his TV.

Speaking of Evil Ed’s most memorable line of dialogue, I recently learned about the aptly titled documentary You’re So Cool, Brewster about the making of Fright Night and made haste to find it.

I drove 4 hours one way after a full workday to watch Wolfman’s Got Nards at a film festival, so now I wanted to see this. But, alas, I could not find it anywhere. I was teased by streaming services and Amazon. The sites listed the film, but it was not available for viewing or purchase. Bummer! I did find some expensive copies on eBay, and I’m tempted to make the plunge.

During my search, I discovered I also could no longer find a copy of Fright Night Part 2. Thankfully when I was in middle school, I bought a Fright Night 2 comic book, which is safely shrouded in plastic with the rest of my monster comics.  I wondered why I couldn’t find a copy and did some digging.

Shortly after the release of Fright Night 2, a real-life murder took place. 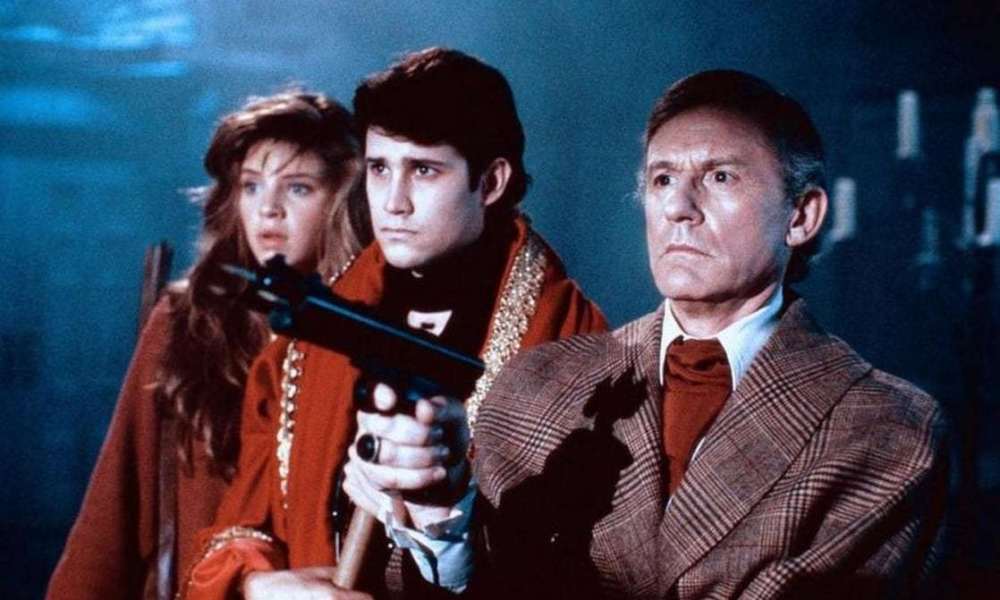 I remembered the news stories about the Menendez Brothers, Lyle and Eric, who killed their parents in 1989. There was a media frenzy due to their father’s wealth and success in Hollywood, as well as the reported motive for the murders being years of abuse.  Their father, Jose Menendez, was the head of New Century Vista, which owned the rights to Fright Night 2. Around the time of the murders, Tom Holland and Roddy McDowall were in talks with Jose Menendez about Fright Night 3. After the murders, Fright Night Part 2 was in a sort of ownership limbo and prospects for a third Fright Night also died.

The prospect of another Fright Night film makes my weird little heart happy.

This film holds a special place of nostalgia for me and other horror fans of the same generation. We remember the late-night horror show hosts, we remember pondering what if real monsters existed, and we were outright terrified at the notion of having a vampire neighbor who wore Cosby sweaters.

I am thrilled at news of another Fright Night film. I just wonder if Jerry will resurrect the Cosby sweaters also…