On the “Blood Bus”, it’s not the blood that’s scary but the ones who crave it, in the action-packed PSA for Day 24 of the WiHM Massive Blood Drive.

“Next up is a segment from an extremely talented Canadian filmmaker (who usually kicks my butt at horror short competitions) who has taken the leap from wearing every other hat on set to directing her first short, Marilyn Thomas.  You are going to love this one – it was a perfect storm of killer amazing talent who came together to make it happen including American Mary’s Paula Lindberg and fellow Canadian artist heavyweight, Crystal Lowe.”  –  Jen & Sylvia Soska

A first time donation goes South for actress Paula Lindberg (Ruby Realgirl in American Mary) upon the ‘Blood Bus’, a mobile blood donation station, which seems to have been hijacked by Vampires!

Don’t forget the cookies while you watch this short, complete with a sweet score courtesy of Eric Elick, created by a team of very talented and successful individuals (Marilyn Thomas, Sarah Booth, Mike DeCamp, and producer Crystal Lowe).

Writer/Director Marilyn Thomas has created a number of award-winning short films including, ‘Shi-Shi- Etko’, ‘The Secret Life Of Cassandra Brown’ and ‘JACK’. She has sold a number of features, as well, she has written and produced documentaries including ‘Path of Pilgrims’. In the realm of digital media, she has created numerous web series and the successful interactive e-book series ‘Brambleberry Tales’ which is an iTunes editors choice. 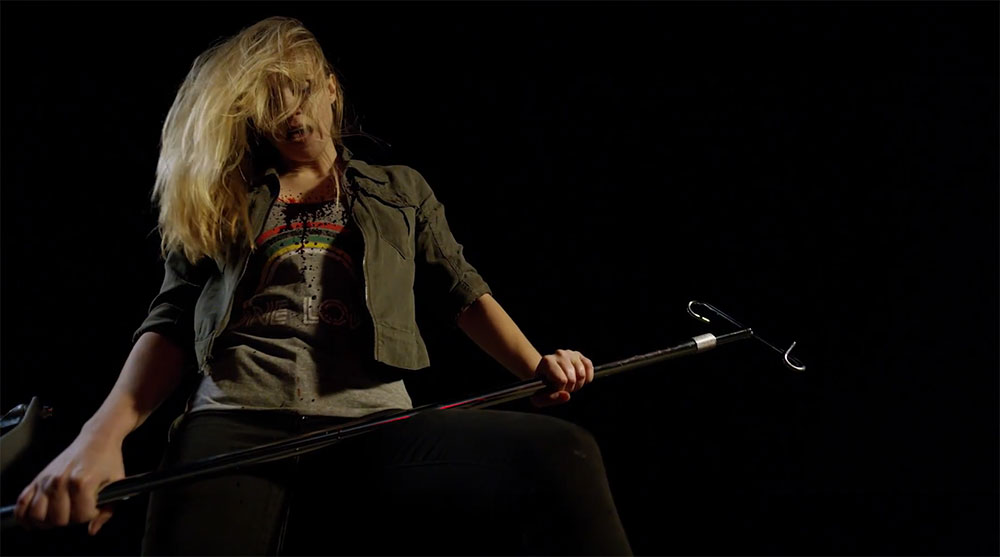 She explains why this Blood Drive is so important to her:

“I’ve always been a fan of the blood drive, but because of health issues, have never been able to donate. Last year, I found out that people of color are very rare donors. I realized that as a First Nations person, I wanted to change that. This year, I’m not only donating blood, but I’ve signed up as a bone marrow donor and ensured to check off organ donation. Blood donation is the easiest to give. It takes minutes, and you don’t have to die to help someone out.”

Hop on board the Blood Bus and enjoy the fun, action-packed ride.