The Team at Twinnablezilla Productions Deliver a Short PSA Called “Blood Hero” Plus a Damn Good Theme Song on Day 17 of the WiHM Massive Blood Drive.

“Women In Horror Month rages on and with it our WiH MASSIVE Blood Drive.  What’s the Massive Blood Drive?  It’s a world wide event encouraging everyone to donate blood and to raise awareness for the dire need for blood donation.  Every year we seek out filmmakers from across the globe to create their own short films to stress the need for blood.  This year’s theme is BE A HERO and 29 Filmmaking Teams from all over have stepped up to contribute!“ – Jen and Sylvia Soska

It’s a gritty addition today to the Massive Blood Drive PSAs with “Blood Hero”. A friend is in need, another answers the call, another dies.

Today’s short is brought to us by Twinnablezilla Productions, a collaboration between Stitch Mays, Jena Jaworksi and Gata Muerta. The company was founded by Mays and Jaworski after the two met through the Soska sister’s fandom and became inseparable. They later welcomed Muerta to the team. With a mutual love and
appreciation for the genre, Twinnablezilla Productions aims to make a scream and create horror to bring people together. 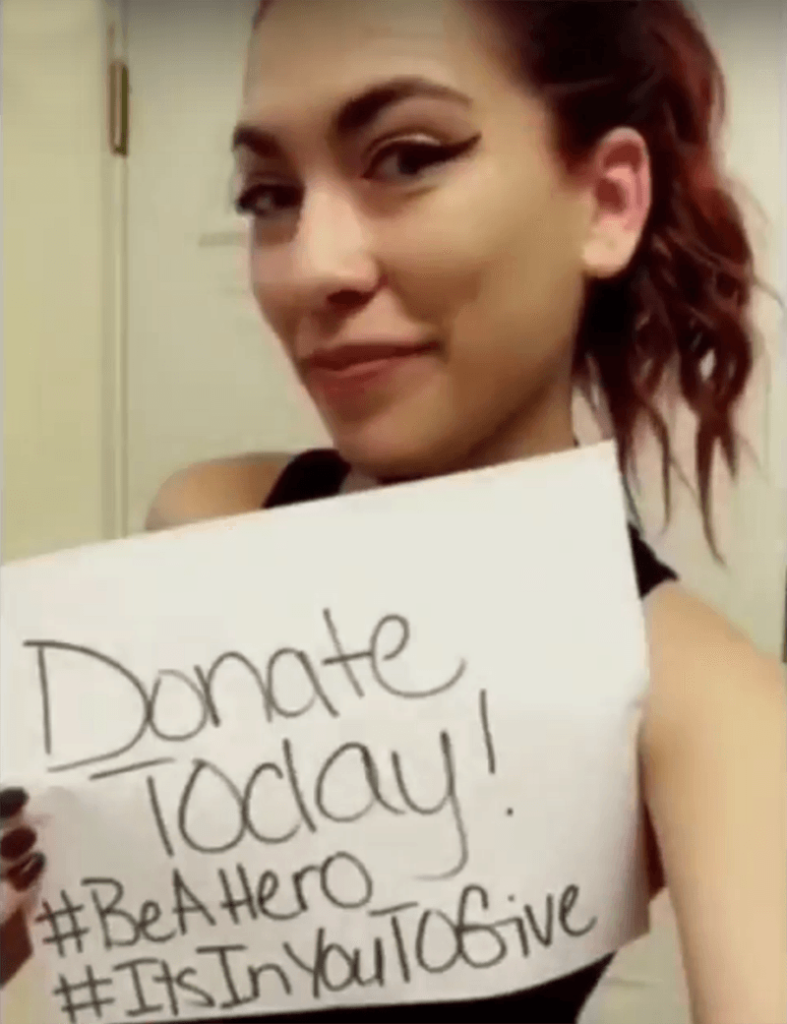 A fellow native Texan, Stitch was inspired to break the molds and explore horror in his own way. Stitch tributes his inspiration to be a filmmaker to the Soska sisters and their films. After a childhood of being bullied while growing up in New York, Jena found writing as a safe way to express herself. Her passion for it has grown into her adulthood, transforming with a desire to create films that touch others as deeply as they have touched her.

Their first recruit to Twinnablezilla Productions, Gata, is a resident of California with a long-lived history of writing and playing music, started when she was fifteen years old. The trio is joined by editor and actress Lauren Pearce from Connecticut. Lauren is looking to make a career in cinematography and Paranormal investigations.

“Blood Hero” is brief but has one hell of a catchy tune at the end. Check it out below.