Michelle Romano Embraces Both Nightmare and Fantasy in her Vampiric “Blood Bride” PSA for Day 20 of the WiHM Massive Blood Drive.

“We’re back at it with a brand new Women in Horror Month MASSIVE Blood Drive PSA!  All month long we’re sending out the call to be a hero, roll up your sleeves, and donate blood.  After all, it’s in you to give.  This year we have thirty days of PSAs because we are featuring a new filmmaking team daily!  Yes, we have an astounding 29 filmmaking teams this year and it feels damn good.” – Jen and Sylvia Soska

Great production value comes our way via Blood Bride, the next selection in the month long  Massive Blood Drive PSA series. Written by Corey Tourigny, the story shows a husband making the ultimate sacrifice for his wife, but she unfortunately has nefarious plans instead.

There are bloodsucking babes a plenty in director Michelle Romano’s segment, which is also her directorial debut. Award-winning Actress and Producer Romano serves as an honorary board member for several Women Empowerment campaigns and strives to motivate and empower women in any way that she can. Her annual Roman Media Hollywood event (February), champions Women in Film and Diversity in Entertainment. She is currently in pre-production on several feature film projects with her company, Roman Media. 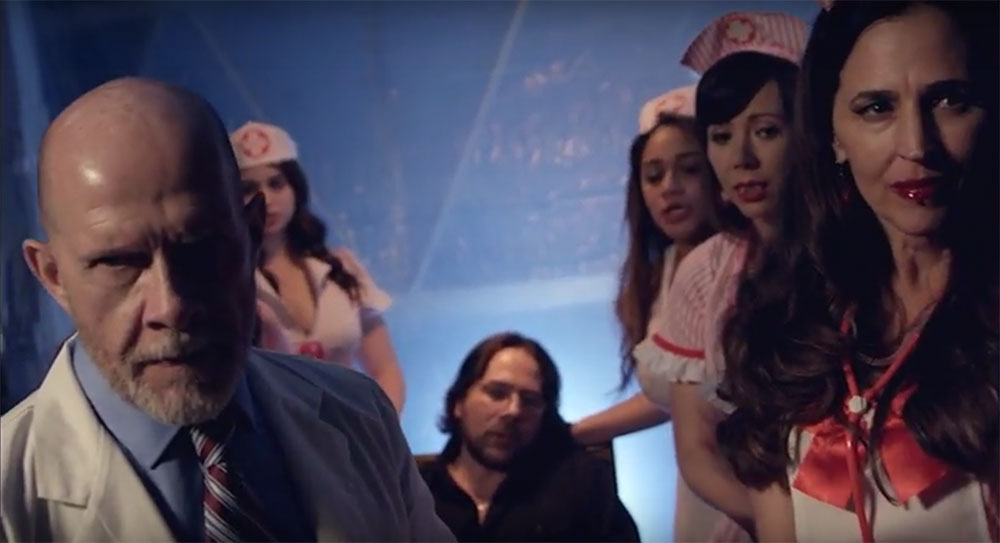 This up-and-coming filmmaker had this to say about her involvement in this year’s PSA campaign:

“It is an absolute honor to be a part of the Women in Horror Month Massive Blood Drive Campaign. We are raising awareness for such an important cause, and what better way to spread this message, than by doing it while making horror movies!?”  In the words of Jen and Sylvia Soska, “If we can inspire even a few people to start donating, what a difference that would make in the World.”

Check out Romano’s wickedly fun Blood Bride below, and be sure to keep a look out for what this talented woman in horror does next!