For Day 15 of the WiHM Massive Blood Drive, The Soska Sisters and Lauro Chartrand Give Us the Hero We Deserve in “Twinpool”

“We’ve got a special treat for you today. As we celebrate Women In Horror Month, now in it’s 9th year, we have expanded our WiHM MASSIVE Blood Drive to include 30 filmmaking teams from around the world. Today it’s time to see what the Sisters Soska have in store for you. Joining forces with one of the biggest badasses on the planet, a talented filmmaker and world renowned stunt coordinator and performer, Lauro Chartrand, we’ve decided to take our slogan “follow your stupid fucking dreams” to heart. No one will ever make your opportunities happen for you, you have to make your dreams into a reality. Don’t let them stay just dreams. This is a parody for charity and the one thing as close to our heart as the cause of blood donation. In all honesty, you have been expecting this from us.” – Jen and Sylvia Soska

It’s no secret the Twisted Twins adore Deadpool, comics in general really, and their submission “Twinpool” for the WiHM Massive Blood Drive proves this.

Chartrand is a filmmaker and world renowned stunt coordinator with close to three decades of experience in the film industry. He has worked with some of Hollywood’s biggest action stars and most recently completed his 4th film as director, he dramatic MOW thriller for Lifetime, “One Small Indiscretion”. 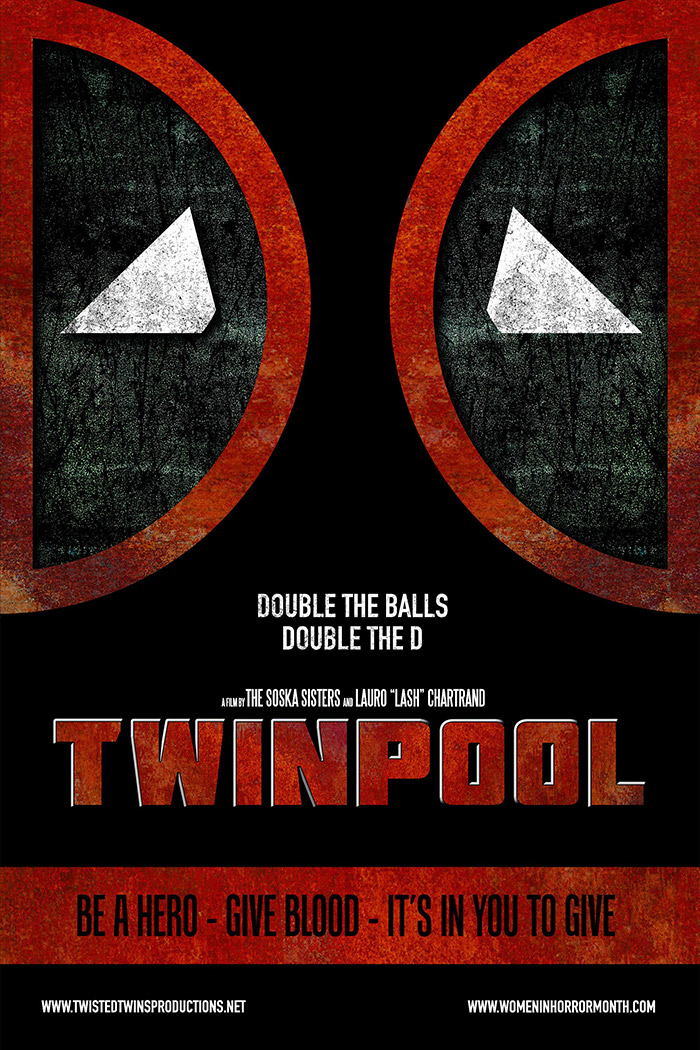 They need no introduction, but The Soska Sisters are Canadian twin badasses who didn’t like what they saw in the entertainment industry and took it upon themselves to fix it. After initially setting out to be actresses and finding themselves auditioning for too many stereotypical roles, they decided to create their own film with empowered female characters, a film that would change the indie scene forever, DEAD HOOKER IN A TRUNK.

Content with being outsiders, they followed up their grindhouse hit with the stylized, body modification tale, AMERICAN MARY, which cemented their place as a pair to be watched. And while the two seek to create better and more diversified roles for women in entertainment, their strong and vocal support for causes of gender equality and LGBTQ rights is just one facet of their filmmaking careers. 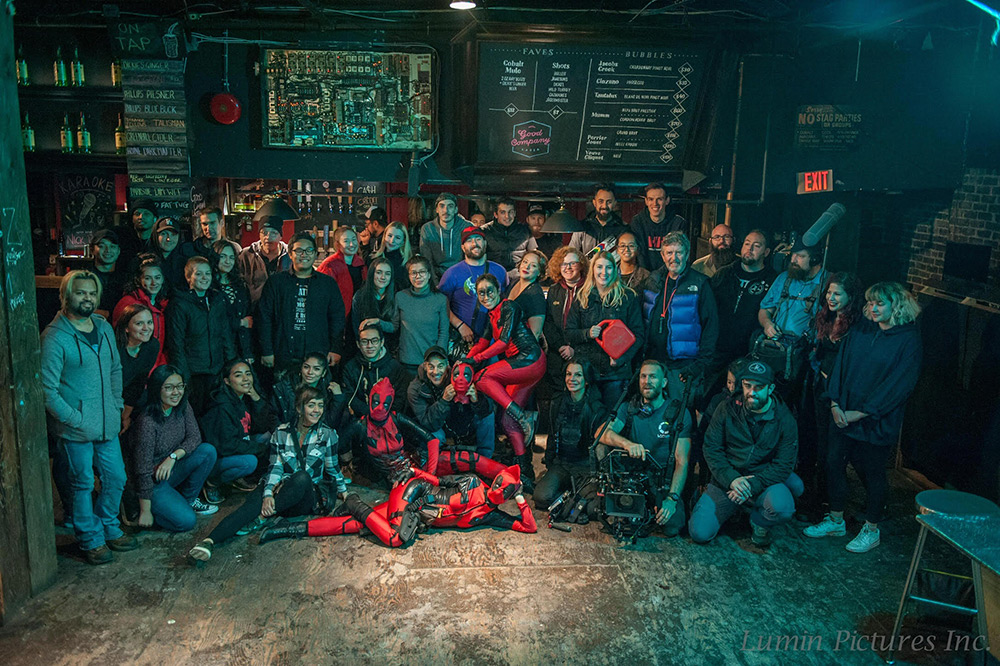 The sisters had this to say:

“For the love of God go donate some fucking blood, please and thank you. People are dying without it, and you’ll probably need some some day or someone you love will so go be a hero. Save some lives. Do good. After all, it’s in you to give.”

Lauro collaborates well with the sisters here, giving us fun and fury! Check out their awesome contribution below.