Opening night of the Women in Horror Film Festival provides an opportunity to connect with writers, directors, actors, producers, and horror fans alike. 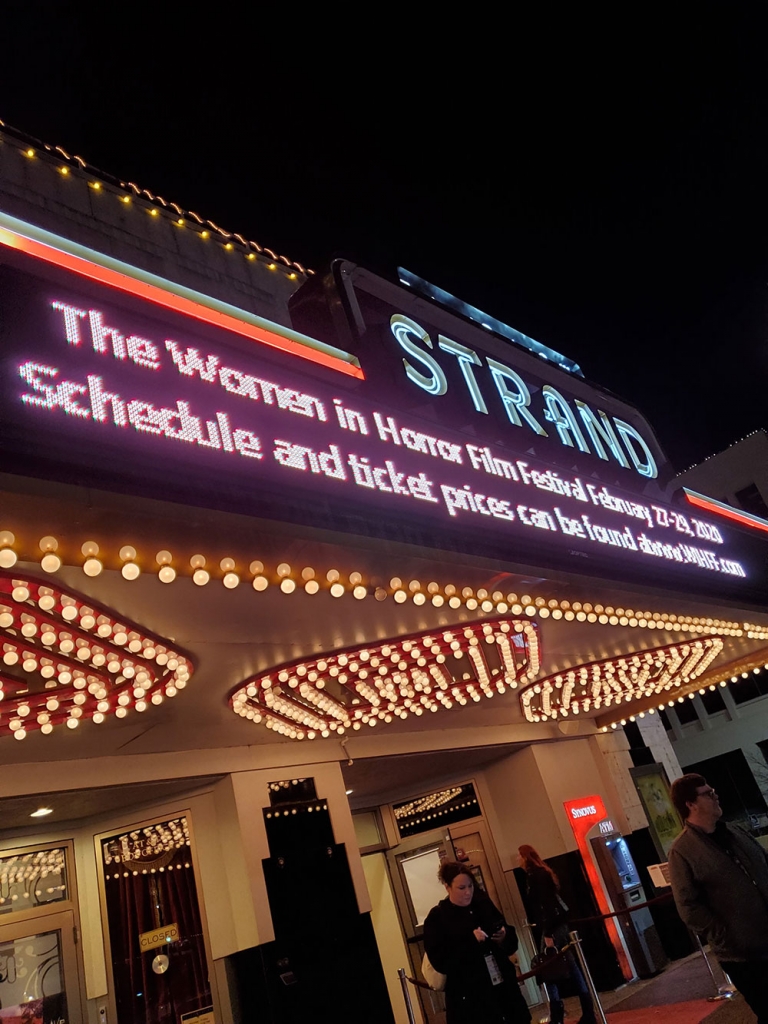 You might be unfamiliar with The Women in Horror Film Festival. After all, this is only its third year running. But that’s about to change. The festival focuses on inclusivity on all fronts. It certainly isn’t a women-only event. Rather, its intent is to highlight works by and/or focusing on minority communities.

Though the event, and venue, might be smaller than the festivals you’re usually used to attending, I can definitely say that it’s filled with fans and filmmakers with heart that really care about seeing things from different perspectives. They go out of their way to make you feel included and appreciated.

The festival took place in the city of Marietta, Georgia, just outside of Atlanta, in the beautiful, and mildly creepy Earl and Rachel Smith Strand Theatre. The place has a lot of character, settled into the main square of the town, surrounded by lovely eateries and antique shops. Though there is a bit to be distracted by, there was no ignoring the event when the lights of the theatre beamed through the chilly February nights, and the doors were propped open to draw you in. 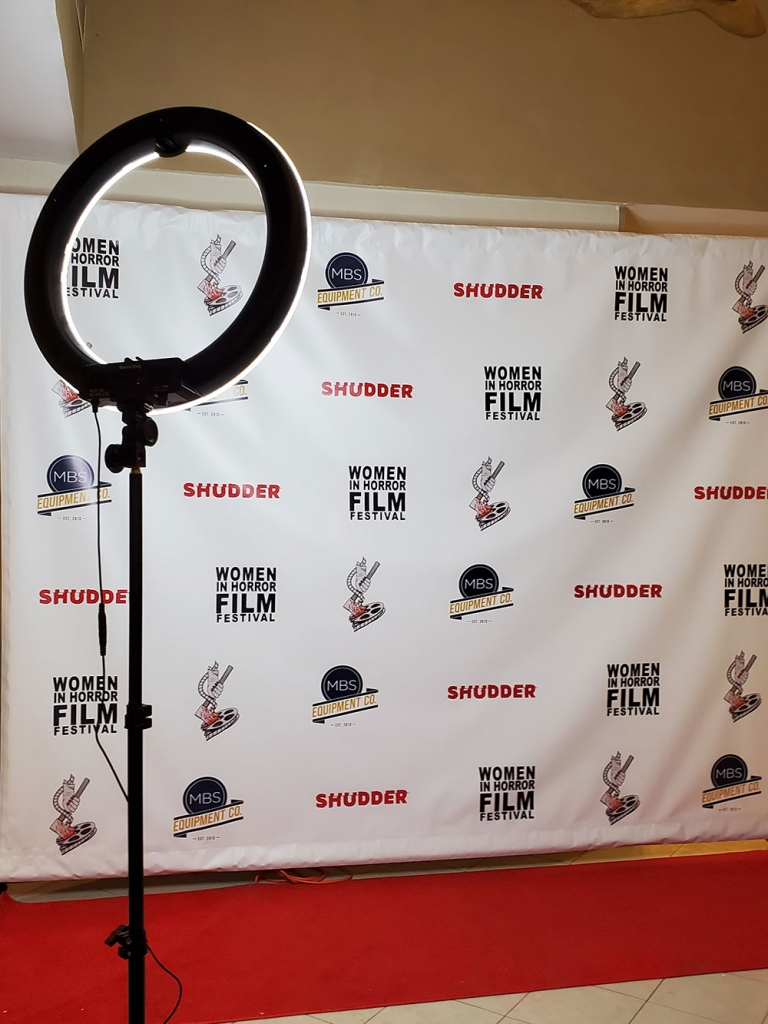 The old fashioned theatre’s small lobby was filled with merch and timid conversation on the first night as we snagged up our passes. You could get your picture taken against a backdrop on the Dead Carpet, before browsing business cards of creatives right outside the theatre doors.

The festival kicked off with a block of supernatural horror shorts, including a heartfelt short about death and the pain of dying alone by scream queen Heather Langenkamp, who was a mainstay throughout the weekend.

The theme was broad enough that you never saw the same thing twice — it wasn’t all ghosts and Ouija Boards. Some highlights of the evening were Always Going Never Gone, by Wanda Nolan, about a classic banshee that was chockfull of beautiful lighting and imagery, Cleanse, directed by M. Burger, which focused on spiritual healing and abusive relationships, and In Her Shoes, by Ray Kermani, which starred a young girl with downs syndrome who encounters a ghost in a cemetery. 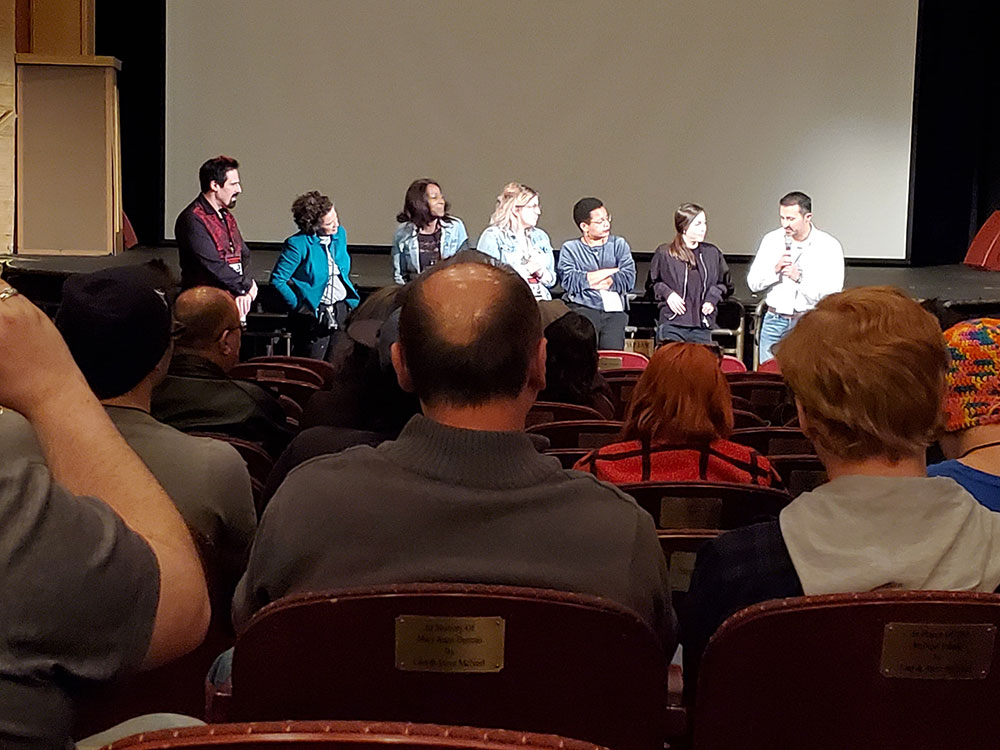 After the credits of the last film rolled, those filmmakers who were present were brought up front to do a small Q+A before the after party began.

The first night certainly set the feel of the weekend with powerful flicks that focused on tough subject matter through lenses we haven’t seen before, and the remaining two days would be bursting with more of the same.

Stay tuned for more coverage of this important event, which Morbidly Beautiful was proud to help sponsor. 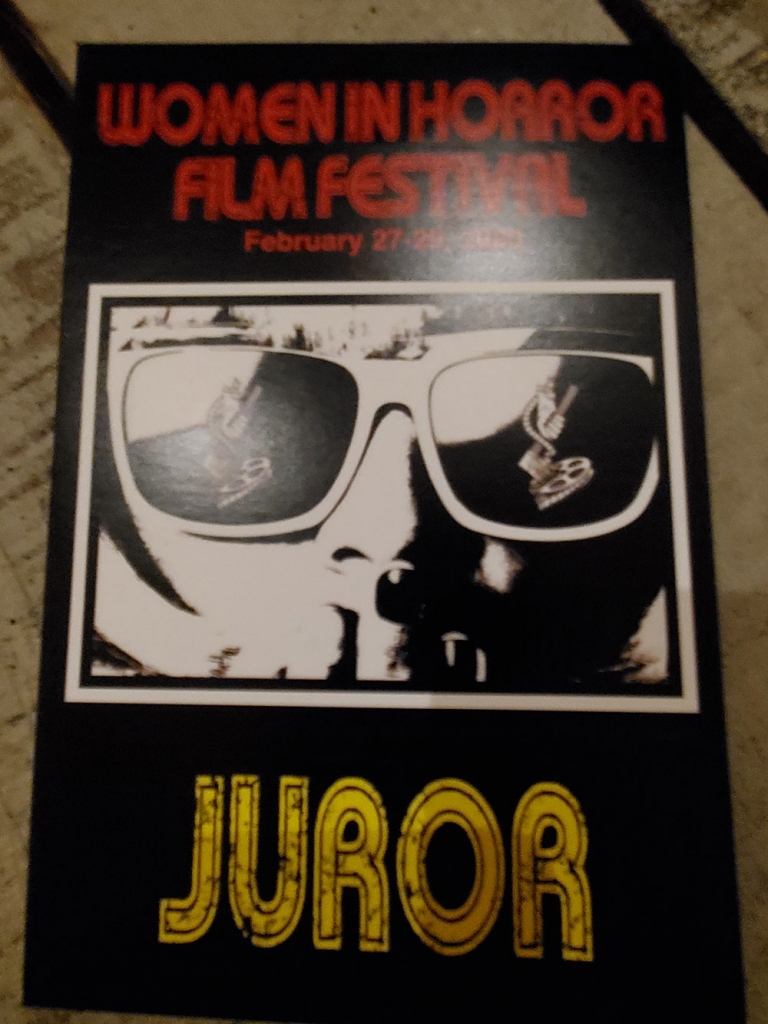