The festival’s message rang clear on the last night; we need to uplift one another and provide support to break the monotony of the industry. 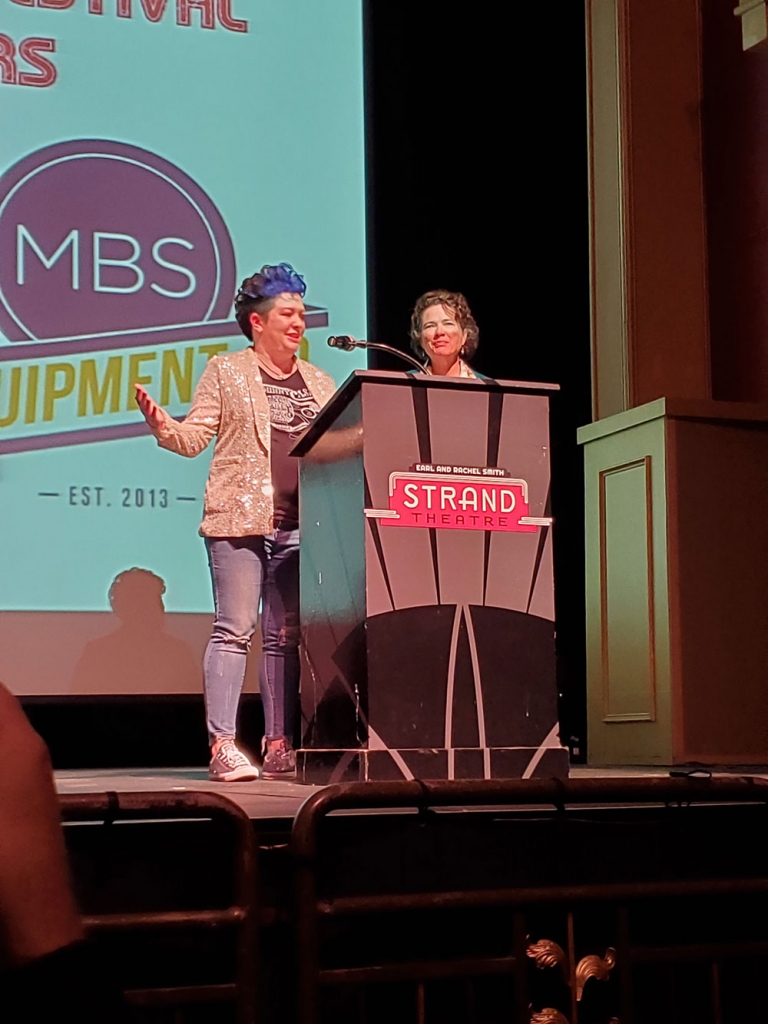 While day one and day two of the Women in Horror Film Fest were incredibly inspiring and engaging, the day three finale of the fest was absolutely unforgettable. Taking place on leap day, which gave us an extra day this year to celebrate women in horror, the conclusion of the fest provided another day chock full of horror before the highly anticipated awards ceremony that night.

Proving that the festival really is dedicated to giving a voice to different kinds of filmmakers, the day started off with shorts directed by people under the age of 17. Hopefully showing off these burgeoning creatives’ works builds them up and fills them with enough self-confidence to keep striving forward. The crowd took all the films seriously, and was sure to elate the filmmakers with applause when the credits rolled.

Southern Gothic is a respected part of literature, and it was so nice to see some of that sentiment shine through with the Southern Discomfort block. 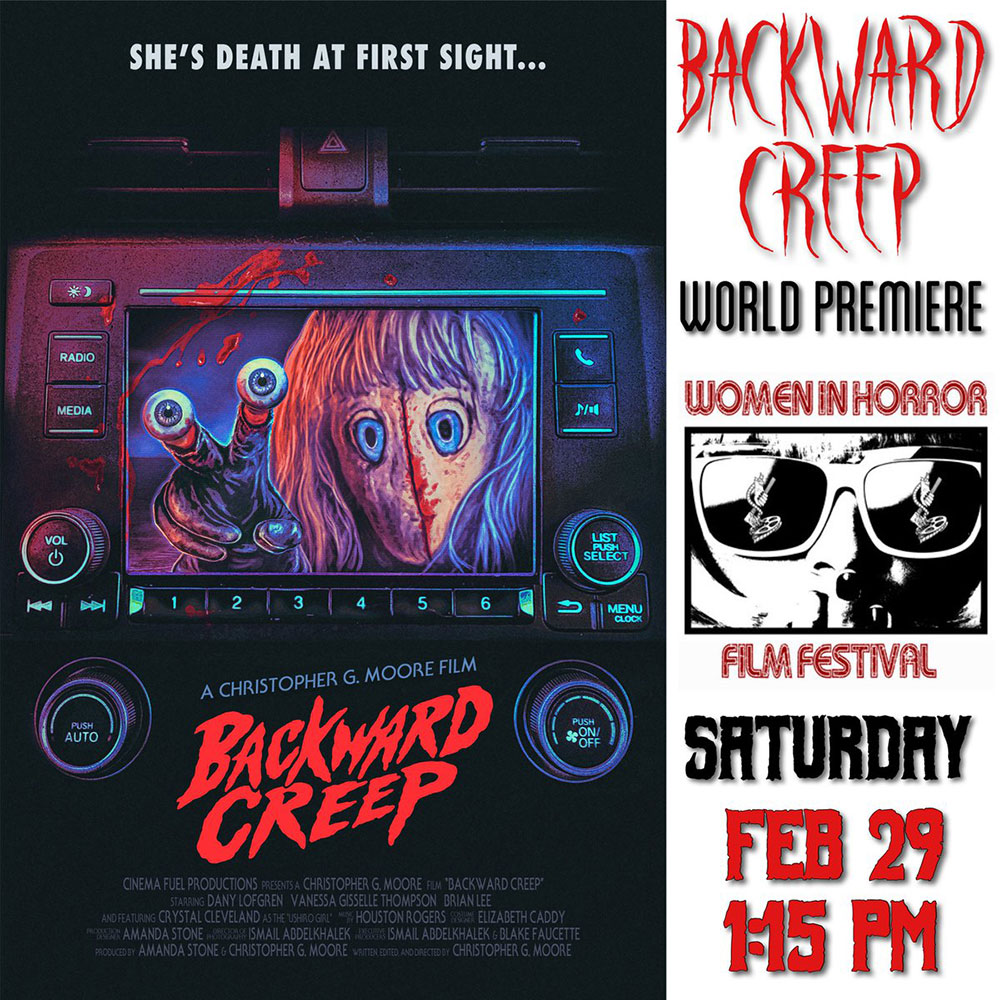 The Backward Creep, by Christopher G. Moore, was an absolute delight, and it had one of the most eye catching posters at the event.

But all shorts in this block were beloved by the audience, with the majority of them being nominated for multiple awards.

Just before the award ceremony began, we were treated to our last viewing: Mass Hysteria, directed by Arielle Cimino and Jeff Ryan. The duo seamlessly merged horror and comedy, with a film that was knocked out in just 48 hours! Cimino and Ryan were brought up to do a Q+A, where they won the crowd over even more with their warm personalities and hilarious stories about being on set. 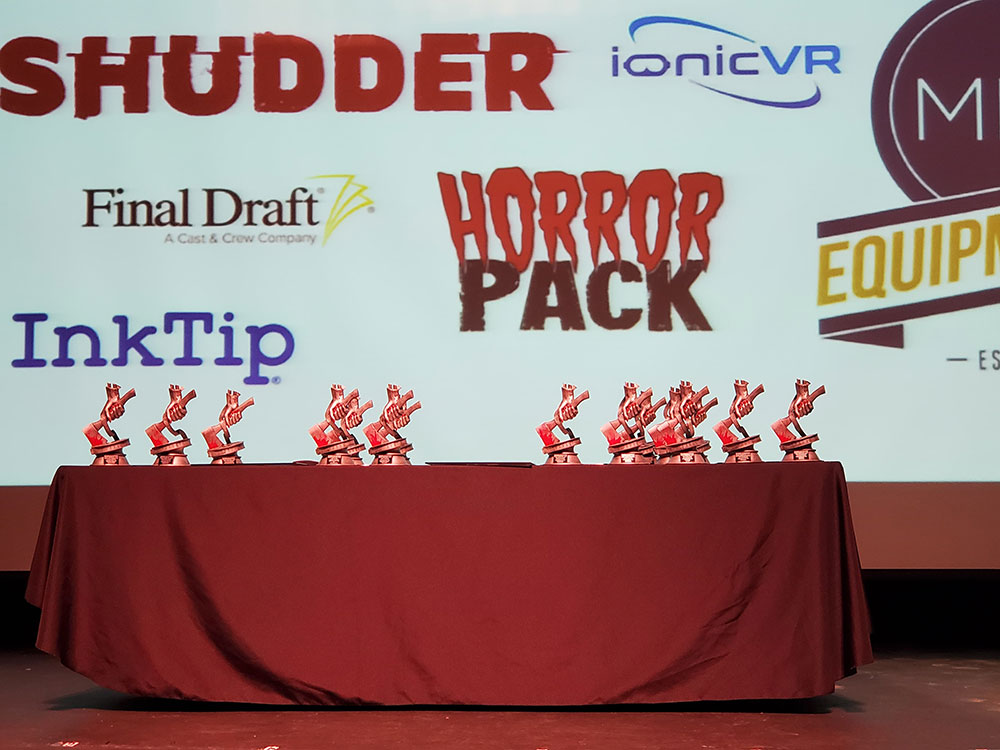 We sat in anticipation as the Lizzies (probably the most stylish awards I’ve ever seen) were handed out. All of the winners, and a good chunk of the nominees, were greeted with warm applause that echoed off the old walls.

Local businesses voiced their support by helping fund the festival and sponsoring a Lizzie. Morbidly Beautiful was proud to be one of those sponsors, and it was a great honor for me to present one of the Lizzies for Best Feature on behalf of this site.

Foreman Empire Productions, a production company focused on helping women in the film industry, dazzled at the event and gave a powerful speech thanking women for pushing forward in an industry that seems set against them.

But, of course, the most heartfelt speech of the evening came from horror’s very own Heather Langenkamp when she gave out a Lizzie to her dear friend Amanda Wyss. 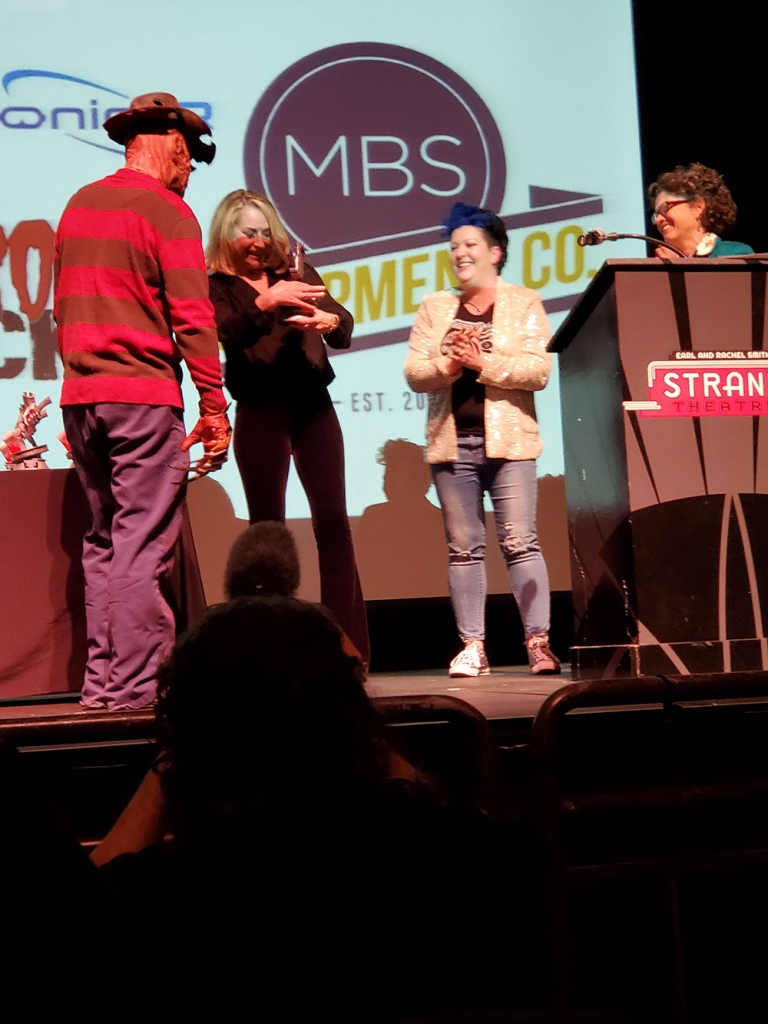 If Wyss’s name is less familiar to you, you’ll definitely recognize her as Tina from the first installment of A Nightmare on Elm Street. Langenkamp choked back tears as she reiterated what her friendship with Wyss meant to her, and how powerful it is to see a woman succeed in the industry. Wyss was featured in just about every major show in the 80s and 90s and was (and continues to be) a scene stealer in all the amazing movies she’s been involved in throughout the years.

Women are often overlooked in the industry, with only 12% of the top 100 movies in 2019 being female directed. Clearly this is not a case of women not wanting to be behind the camera, or not having good ideas. It is because they are being purposely looked over in favor of men.

But the tides have been slowly turning for the past few years, and if the 89 films presented at the Women in Horror Film Festival prove anything, it’s that there’s new life to be breathed into the genre still. And all we need to do is come together to support one another and lift each other up.

You can watch the full live stream of the awards on the Women in Horror Film Festival’s Facebook page.