The phrase, ‘It’s always the quiet ones’ never rang as true as it does with the lead character in the excellent “A Young Man with High Potential”. 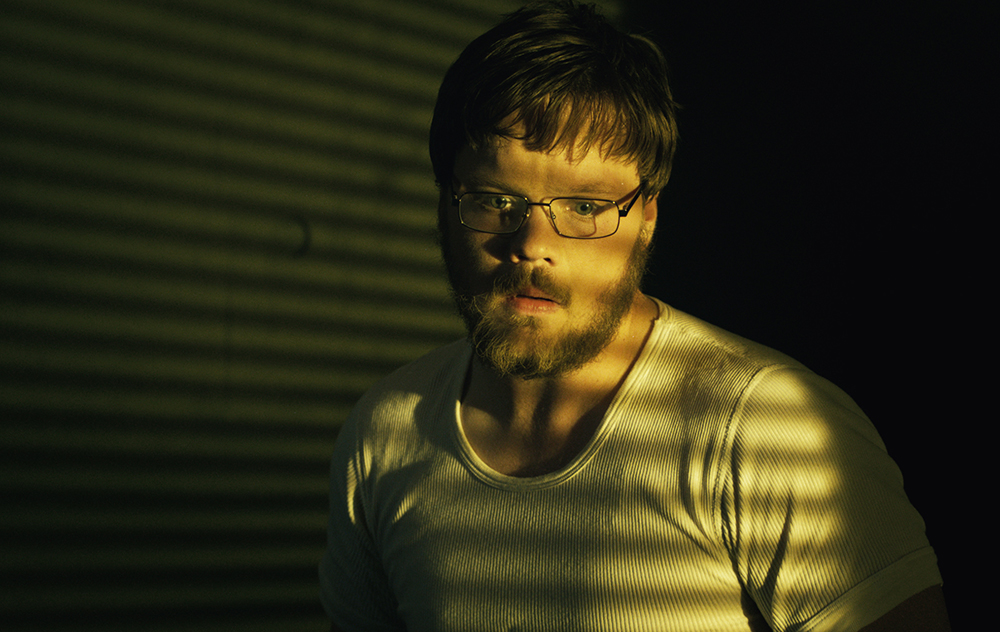 From the first ten minutes of A Young Man with High Potential (2018), I already knew there was something shifty about Piet, the main character of the film. I think that’s due in part to the stellar performance of actor Adam Ild Rohweder, who genuinely gives a remarkable performance as Piet.

To the untrained eye, Piet is just an academic introvert who prefers to be clicking away on his computer rather than socializing with humans, but from the start you can sense something bubbling under the surface and you can’t wait to see what it is; it’s so worth the wait.

Super-smart graduate student and socially inept loner Piet is up to his ears in his studies underneath his advisor, and as the movie goes along you find out why Piet prefers to spend his days alone in his apartment ordering everything he needs to be delivered to the door so he literally never has to leave, save for meetings with his advisor. 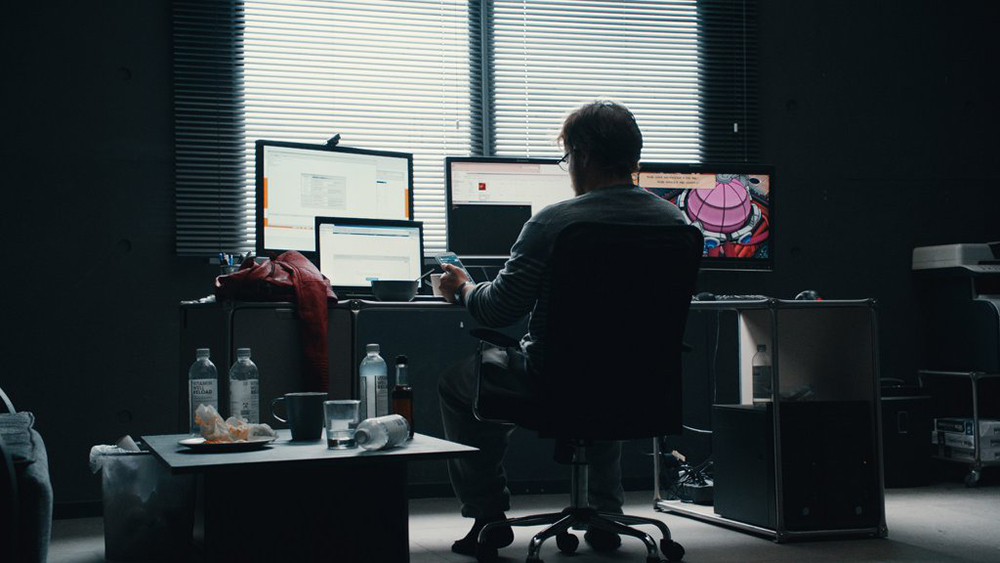 You begin to feel sorry for Piet and the way he wipes his sweaty brow, removes his glasses, and looks around like a blinking owl when he gets nervous.

However, brainy, glasses-wearing Piet’s world is turned around and upside down when his advisor allows a young female student, the model-beautiful Klara (played by the stunning and adorably accented Paulina Galazka) to co-author a paper with him. Klara is friendly, sociable and pretty, and you get the feeling that Piet has never been this close to a girl before.

Klara is so nice that the virginal Piet maybe mistakes her kindness and openness for more than friendship, so he opens himself up to the classic beauty/nerd rejection trope.

Though this is a common scenario, what follows is not. 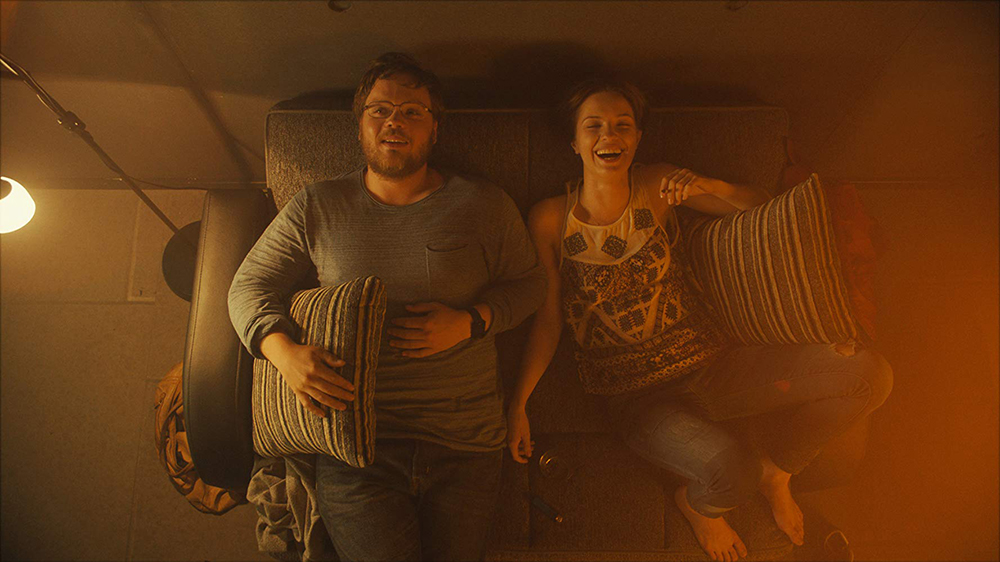 So when Piet and Klara discuss moral boundaries early in the film, what happens to Piet comes into play in the second half of the film. If you knew you could get away with something bad to save yourself, would you do it? Even if it’s morally wrong?

Despite the fact that things go further than Piet ever imagined, he salvages a bad situation as best his big brain can conceive, managing to hide a secret from his advisor, his one male friend, the mail delivery guy who Piet sees each day, along with a sweet cafeteria lady. After all, who would suspect quiet, shuffling Piet of anything?

I have to say, the first half of the film was engaging just by watching Klara and Piet’s dynamic. You get the feeling she thinks of him like a little brother and feel sad when it’s obvious that Piet is falling in love with her. You get to know the characters and enjoy them. Then, the last half of the film manages to pull the rug out. Not only does the situation deteriorate for poor Piet quite quickly and brutally, but the suspense builds until you’re wondering what the hell else could possibly happen to make it even harder to watch. 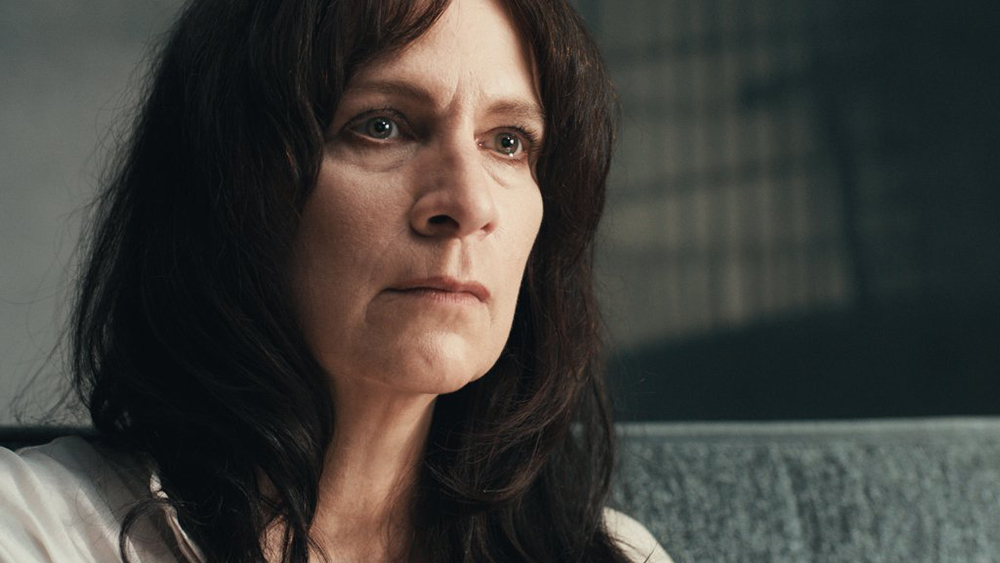 I applaud the writer and director of this film, Linus de Paoli, for not only creating a slow-burning horror film but putting the horror right in front of us.

No matter how much we want to look away, we can’t. Piet can’t look away, and we can’t either. It’s awkward, it’s scary, and it’s definitely hard to watch. But we know we have to see it through, kind of like the mess Piet finds himself in.

Exploring themes of morality, entitlement, loneliness, phobias, and anxiety, A Young Man with High Potential is a movie with high potential. It’s not your average horror film, but it’s not exactly an average suspense movie, either. 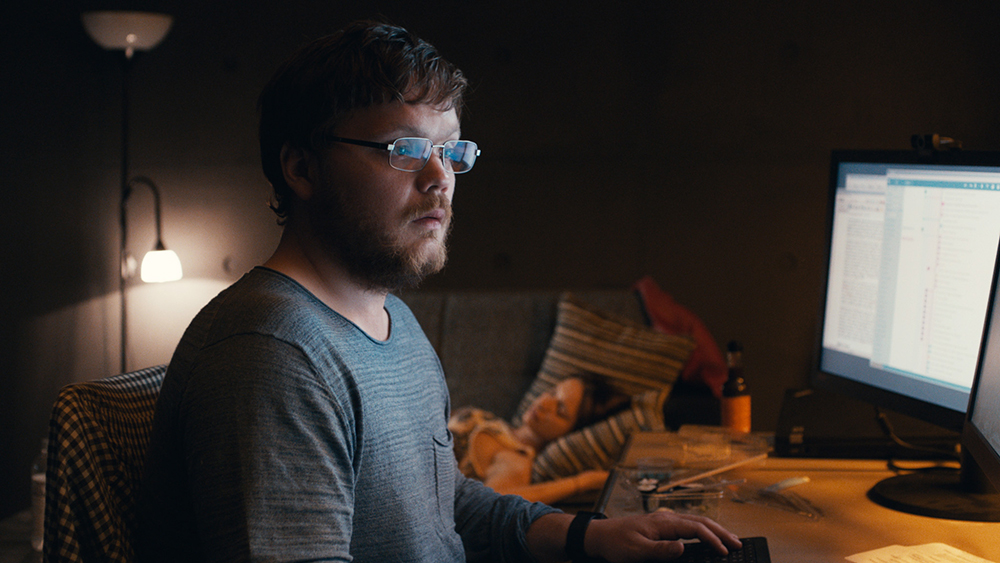 It’s definitely the best of both worlds and may leave a chill behind once the credits roll. I highly recommend this unusual film that made even the most iron-stomach gore fan (me) gag a bit.

I’d give this film a 4/5 for its gripping horror that manufactures a stunning and sickening sense of dread and the outstanding acting that makes this movie so realistic and engaging.

A Young Man with High Potential is now available on VOD from Artsploitation Films.