YouTube’s War on Horror and the Killing of Creativity

The horror genre is a great genre for many reasons, but I don’t have to tell any of you that.

One of horror’s greatest assets is the die-hard fans who patronize horror news sites and magazines, attend conventions, etc. And for the fans that want to share their love for the genre creatively via writing, drawing, sculpting, filmmaking, and countless other ways, there are tons of platforms to do so. One of those platforms is YouTube. You may have heard about it.

Horror fans have built a pretty awesome community on YouTube between the viewers and the content creators who make videos reviewing horror movies, opening horror subscription boxes, discussing the horror genre, and just sharing their love for horror in general. 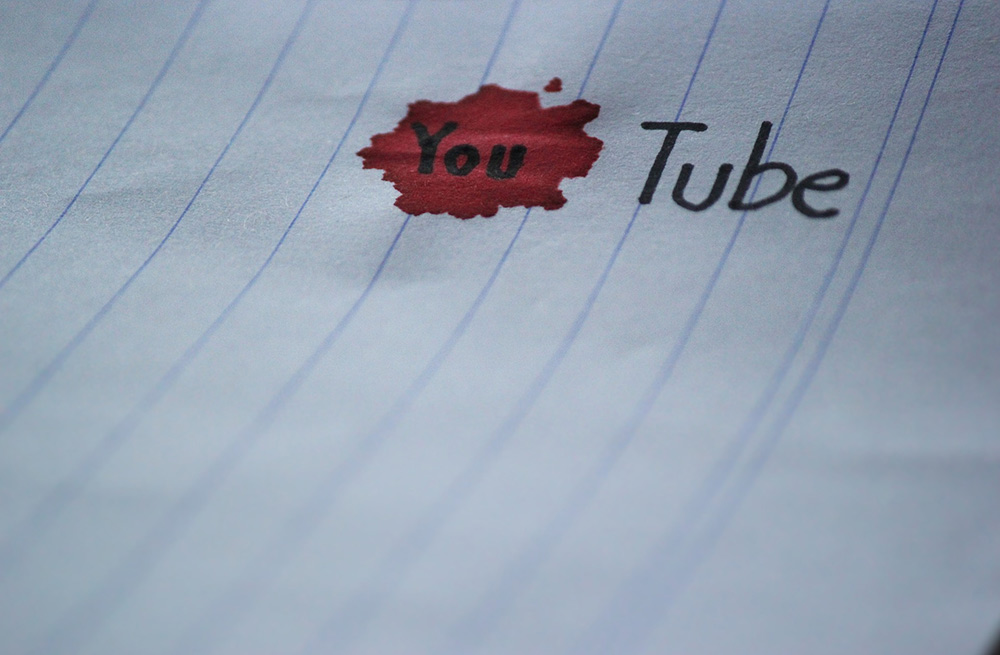 Recently, YouTube has become a not-so-fun place, especially for us niche creators, because of recent changes to the platform’s algorithm for detecting harmful content.

What us YouTubers lovingly refer to as “The Adpocalypse” is YouTube’s attempt to crack down on content that it deems unfit for monetization. It all started when ads for major marketers were running on videos that contained hate speech and promoted terrorism. You know, material that is actually harmful. These marketers responded by pulling all their ads from YouTube and encouraged others to do the same. 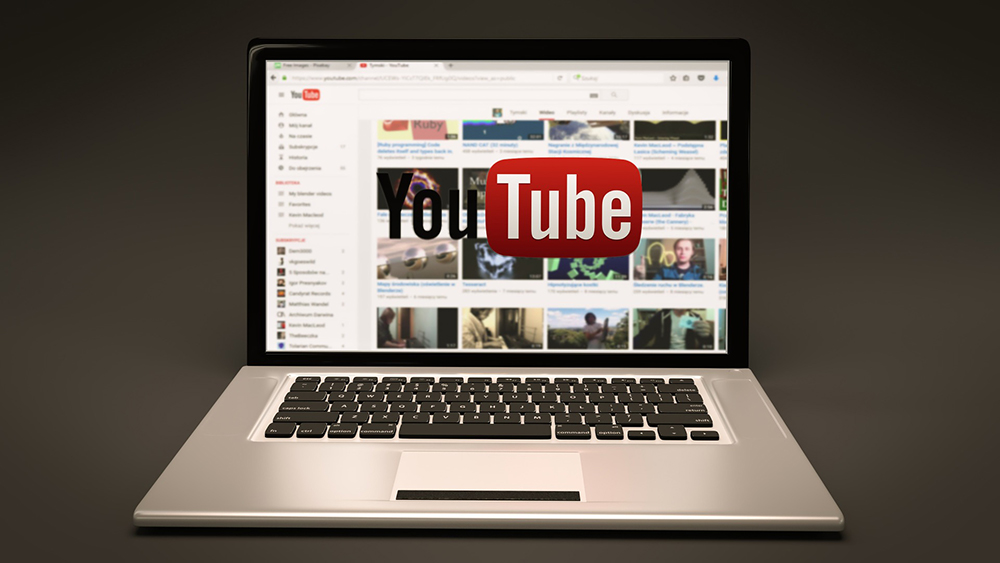 In a panic, YouTube implemented an algorithm that automatically demonetizes videos that contain the following in a creator’s “video or video metadata, including the title, thumbnail or tags” (summarized from YouTube’s guidelines):

This is all well and good; however, certain niche channels have been hit with demonetization because of the nature of their content. One niche group is news and commentary channels because they often cover tragic and/or violent events. Another is horror channels because we review and discuss scary movies that depict fictional gore and violence. Shame on us. 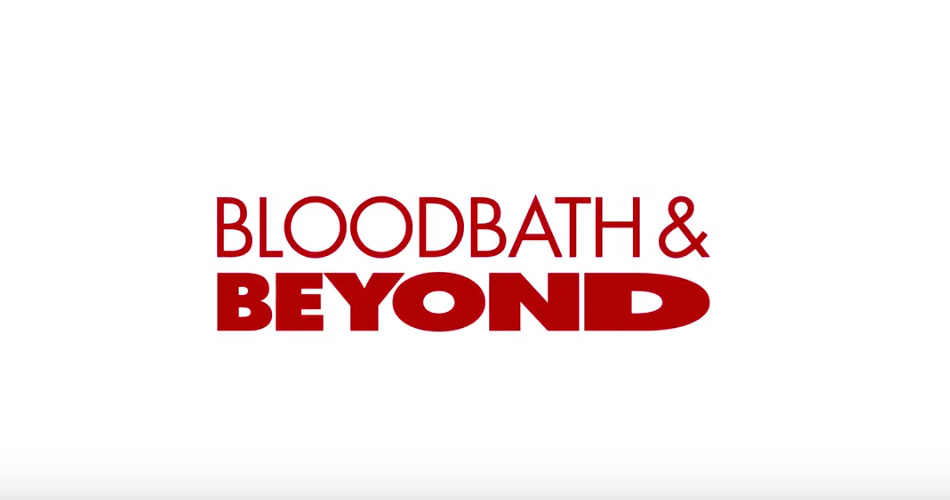 “While it’s easy as a human to tell if a certain video is a Halloween review, a bot algorithm simply reads ‘a psychotic murderer escapes a mental institution and stalks a girl and her friends’ and lays down the law,” says Jay from Bloodbath and Beyond. “In any case, nearly every video in our 1000+ catalog was deemed non-advertiser friendly and about 75% of our revenue vanished overnight.”

Truth be told, us YouTubers probably wouldn’t be so upset about this if we weren’t trying to make a career and a living off our channels. Some of the biggest horror channels have experienced a huge loss in ad revenue because of The Adpocalypse, and many creators, like Lee from Drumdums, have turned to sites like Patreon to support their channels:

“If anything, it’s forced me to realign my marketing strategy and think outside the box. In a way, I’ve turned it into a positive thing because I probably would have never focused on platforms like Patreon and merchandise sales as hard. Having said that, I still think these new rules are slanted toward a certain YouTube demographic. The horror channels seem to be getting the worst of it.”

Big and small channels alike worry that YouTube will no longer suggest their content to potential new subscribers if there are no ads on the video:

“As a business, it doesn’t make sense for YouTube to promote videos that don’t make money because, in turn, they don’t make money,” says Jay. “This directly affects the horror community because these demonetized videos are no longer showing up in the recommended feeds across the site. When your videos aren’t in those feeds, your channel can’t grow organically.”

There are quite a few problems with this system that YouTube has implemented. The first, and most obvious, issue is the algorithm cannot differentiate between a horror movie review and real-life graphic content. What’s worse, you can only have your video reviewed by an actual human if the video in question gets more than 1,000 views within seven days. 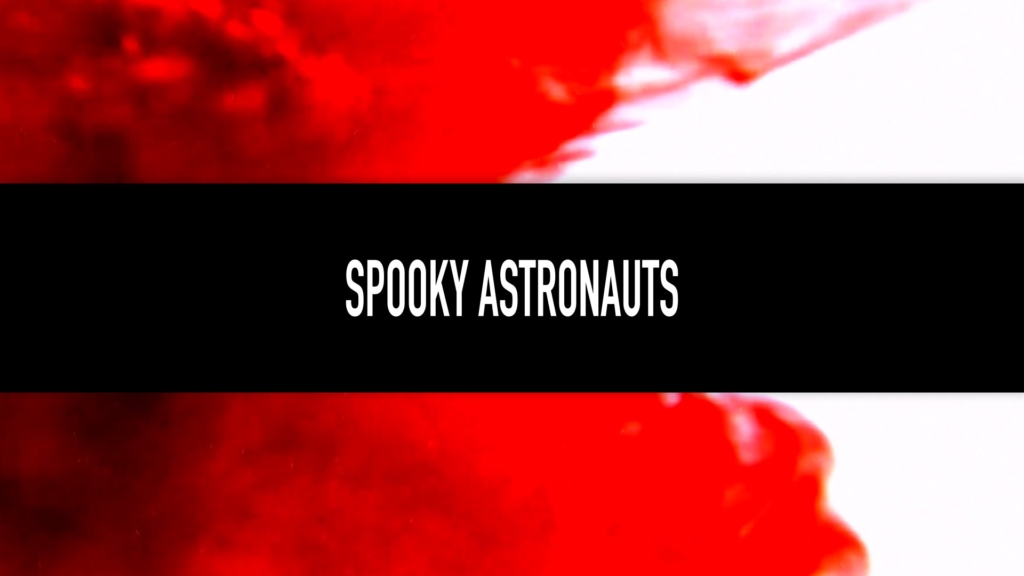 So, as Emma from Spooky Astronauts explains, it has become increasingly difficult for smaller channels to grow:

“As bigger Youtubers such as Shane Dawson or Trisha Paytas have said, it’s impossible to turn YouTube into a full-time gig if you are a smaller channel these days. Since the demonetization hit smaller channels without much filtering and manual checks, relying on YouTube as a main source of income is impossible for most Youtubers especially those with a small fanbase.”

The second issue is YouTube has made it very clear that certain creators are exempt from following these guidelines. The most recent example of this clear double-standard involves vlogger Logan Paul who filmed what he thought would be a “fun video” in Aokigahara, a forest at the base of Mt. Fuji in Japan. The forest is also known as the Suicide Forest due to the high volume of people that go into the woods with the intent to take their own life. 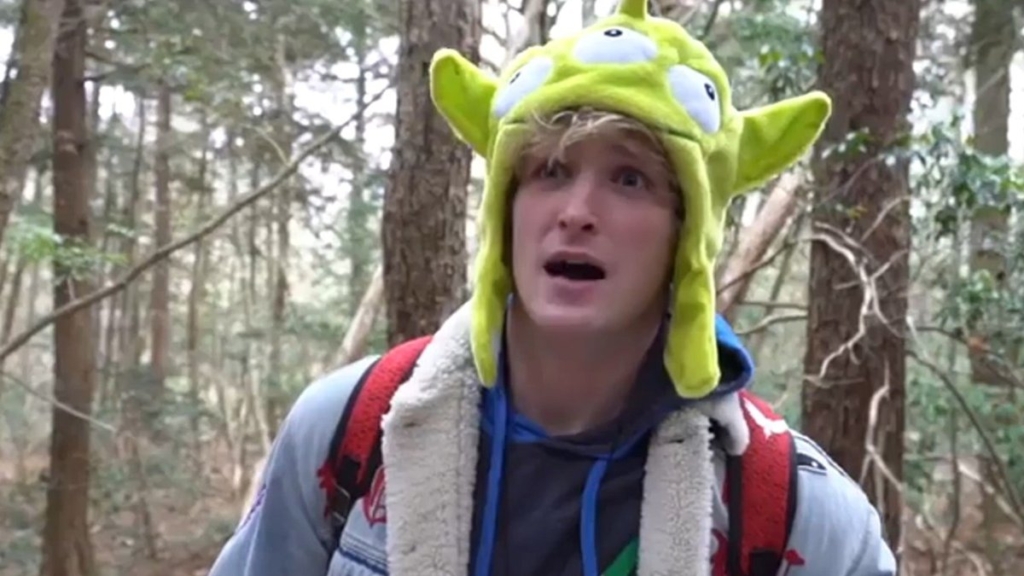 Paul and his friends were walking off-trail in a restricted area when they found the body of a suicide victim. Paul approached the body and filmed it up-close, only blurring the man’s face. While Paul didn’t monetize the video, it reached number six on YouTube’s trending page and had hundreds of thousands of views (and likes) before it was taken down. By Paul. Not YouTube.

The irony that this dipshit can film the corpse of a real human being and make it to trending while I can’t even upload a video about the new Leatherface movie without getting demonetized is NOT lost on me. And I’d like to think that my fellow creators agree:

“[…] what isn’t acceptable is that Logan Paul has management that works directly with YouTube and that video had to have been seen by actual people that work at YouTube and those people deemed it acceptable for the platform,” says Jay. “While the video has since been removed, it’s worth noting, it was not removed by YouTube and likely wouldn’t have been, it was removed by Logan himself, hopefully after a stern backhand from his PR person.” 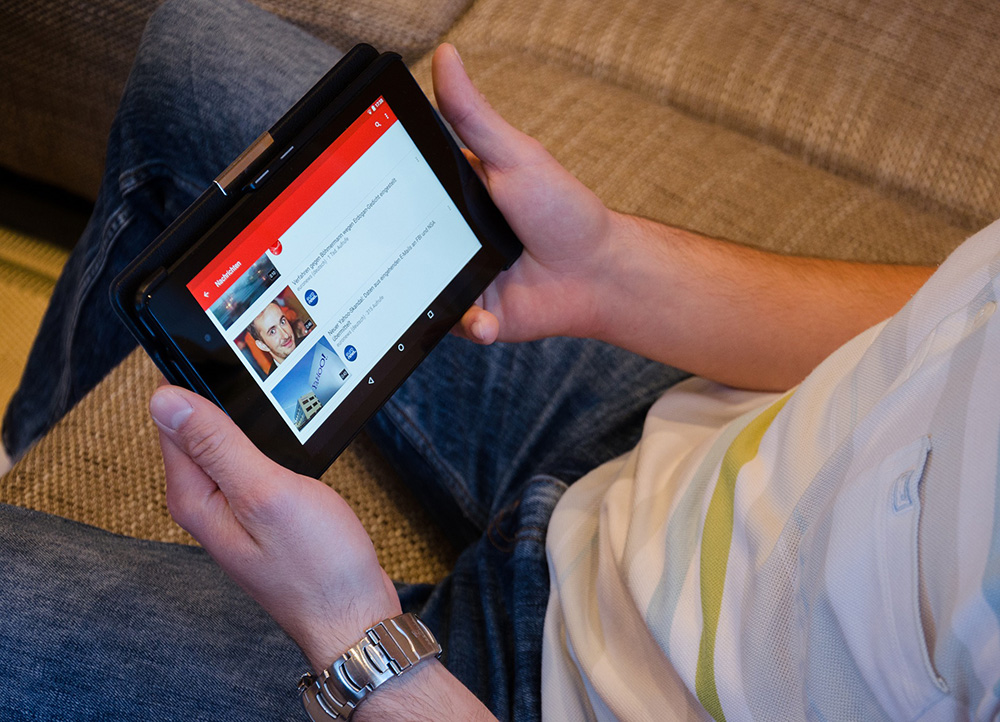 It’s unclear what YouTube is planning to do to fix their algorithm; they certainly haven’t been lacking in ideas from the many creators who have been critical of the algorithm from the start, as they should be.

“For me, demonetization is not the issue… the marketing is. If there is a trailer for a horror film before one of my videos, I believe that is the prime advertisement and why wouldn’t film companies want to be in on that,” says Emma. “We should be broken up into categories with the advertisers going through and selecting where THEY would like to see their advertisements, not trying to avoid every offensive video on the internet.” 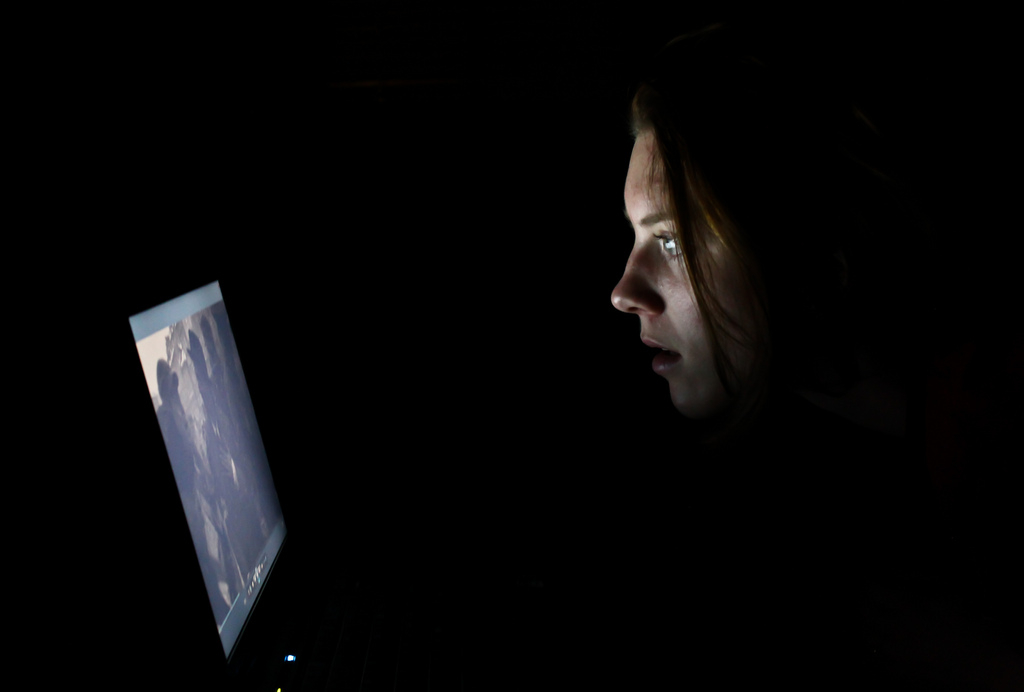 The horror genre – and its fans – get enough crap as it is without YouTube grabbing a pitchfork and joining the mob, too.

Speaking as a creator myself, the horror YouTubers, “HorrorTubers” if you will, are some of the nicest people on the platform and the viewers are even better. As Lee points out, the horror community has come together despite everything that’s happened:

“If anything, I think these niche communities are becoming stronger and more united due to these changes. We’re learning new ways to market ourselves and still recover financially.” 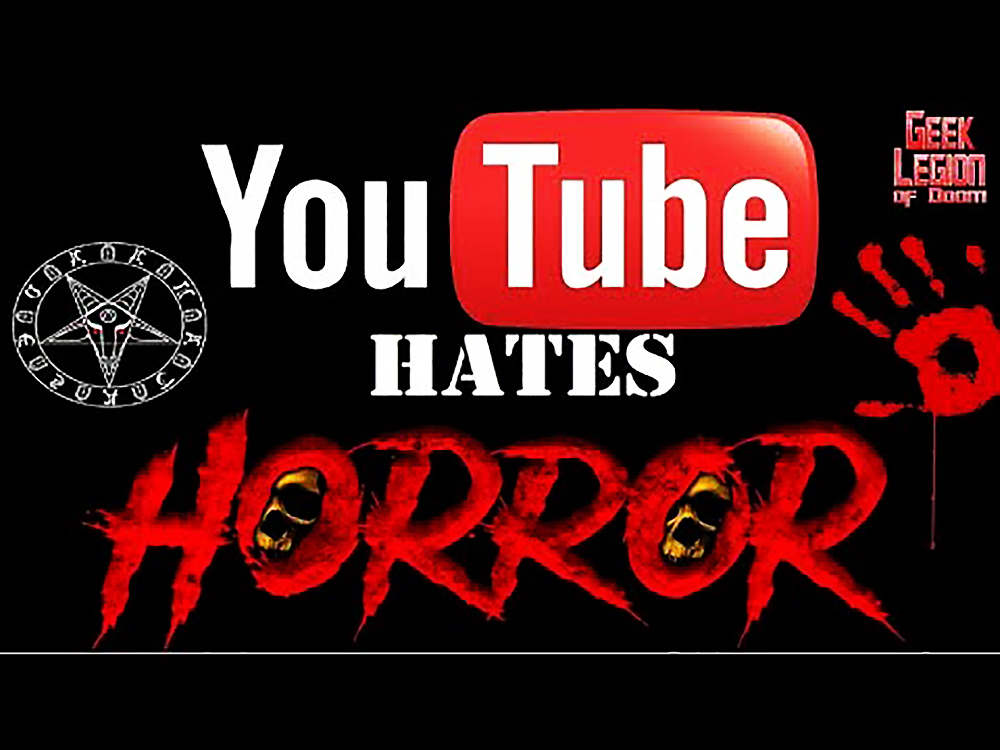 Other horror channels like Count Jackula, Geek Legion of Doom, and Horror Addicts have posted videos explaining how the Adpocalypse is harmful to the horror community, and I highly recommend watching them for more information on this topic.

All that being said, I highly encourage you subscribe to all the horror channels mentioned or at least check them out. There are plenty of great channels that I didn’t mention here, as well. The horror community on YouTube can use the support given the situation and we’re always happy to welcome more horror fans!