Any time a member of the horror community, who has passionately dedicated so much of his or her time to help support the genre and support the talented men and women who dedicate their careers to making great horror, I think it’s incumbent on us rabid genre fans to give back whenever we can. I was recently contacted by Brian Sapir regarding his short horror film, Inked: A Prologue, currently crowdfunding on Indiegogo. A few things about this project immediately caught my attention and made me want to help do whatever I could to spread the word. 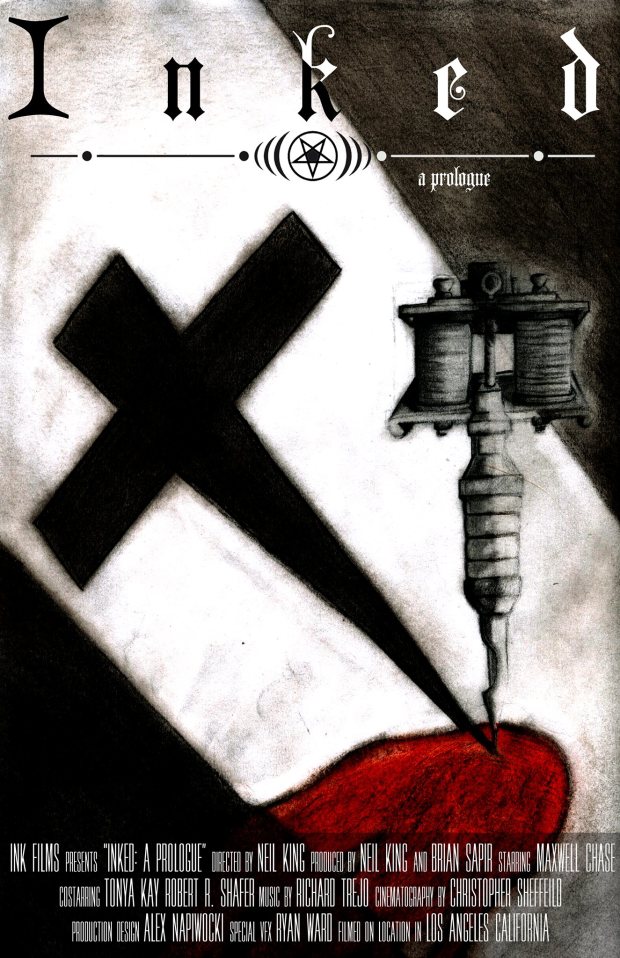 First, there’s Brian himself, writer and producer on the film. He’s been working in entertainment since he was just 16 and has been very active in the arts community and helping support fellow artists. Together with Neil King, director/writer/producer, he founded We Are Indie Horror. It started out as a Facebook page dedicated to celebrating and supporting independent filmmakers and actors in the horror genre who might otherwise go unrecognized. This later turned into the tremendous success that is www.weareindiehorror.com and the weekly podcast Tea Time of Terror, which hosts a variety of guests from the horror community. They also host a YouTube channel that houses the web series It Came From Candi’s Lab! The show stars Candi Fear, an Elvira inspired horror host, who brings “FearMakers” into her lab to extract their fears and promote their upcoming projects.

We here at Morbidly Beautiful are also huge supporters of indie horror and film. So, whenever two people as dedicated to the genre — who give selfishly of their time to promote the talent and hard work of others — come to us asking for a little help promoting their own passion project, it’s both an honor and a pleasure to oblige.

Beyond that, this film actually looks AMAZING! Inked: A Prologue is the story of James, a devout person of faith, who recently caught his fiance cheating on him. When reminiscing the situation while walking the streets, James comes across a tattoo parlor. Questioning his faith and having a long discussion with the artist, he impulsively decides to get a tattoo. After the ink, he falls down a path of temptation which causes horrific consequences beyond anybody’s expectations.

The filmmakers promise that this will be a dark and twisted story with a surprise, shocking ending. It is a story of seduction, temptation, and will. Even more exciting, the short is meant to introduce the world to the main character and set up the duo’s first feature film coming in the near future. Brian and Neil also promise 100% practical effects and will be working with the very talented SFX artist Ryan Ward from Little Shop Of Gore, to bring to life some of the most gruesome and bloody effects. 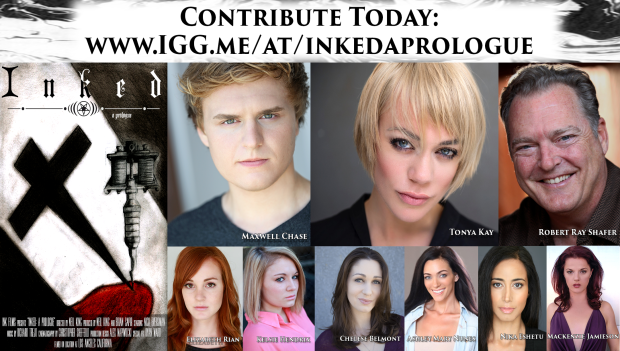 They’ve also assembled an incredible cast, including Maxwell Chase, a seasoned actor who has appeared in over 100 projects. He’s best known for his critically acclaimed lead as Tim in the teen coming-of-age film Rolling and co-starring in TNT’s The Librarians, cable’s most watched series premiere of 2014. The lovely and talented Tonya Kay, Horror Society’s Best Villain of 2015, also recently signed on to the film. Tonya is multi-talented with awards for her acting and writing, while dancing professionally, performing burlesque, and training in stunts who also performs as a danger artist.

“I am so excited to have Tonya Kay on board. Since I saw her in Horror Haiku I have always thought she was incredibly talented. Her role in Bastard was amazing and well deserved of the Best Villain of 2015. She will bring the Tattoo Artist to life with such depth that will help lead us into the feature film starring her as the same character. I cannot wait to work with her and see artist live on screen through Tonya’s awesome work.”

This will be King’s fourth short film that he has directed, and his second pairing with Christopher Sheffield, director of photography. He started in the industry 9 years ago with music videos for heavy metal bands before jumping into short films. His short, The Magician, placed in the top 100 of the ABCs of Death 2 competition and was later later picked up by Scotsworthy Productions for the World of Death. Later Neil and Brian teamed up to bring forth what has been called “High Horror Art” with the short film A Shadow Fell.

After the crowdfunding campaign, Inked plans to shoot in May of 2016 for an October 2016 release date. If the short film does well, iNK Films plans to take the characters created in Inked: A Prologue into their very own feature film. To learn more about the project and the awesome perks offered, including personalized signed DVDs by Lisa Wilcox (Nightmare on Elm Street 4, Nightmare On Elm Street 5), head over to www.igg.me/at/inkedaprologue or follow any of the social media links below.