Our staff selects 12 of the best Christmas-themed episodes from horror/sci fi TV series — from standalone specials to well integrated storylines.

While we gleefully celebrate 25 Days of Holiday Horror this December with our favorite holiday horror films new and old, our incredible writing staff wanted to bring you another gift of Christmas cheer and fear. So, without further ado, we bring you this list of twelve very special holiday episodes of our favorite horror and sci-fi television series — from decades old classics to those of recent years, from the masters of horror to modern essentials.

We hope you enjoy this lovingly cultivated list. And, from our Morbidly Beautiful family to yours, may your holidays be merry, scary, and bright! 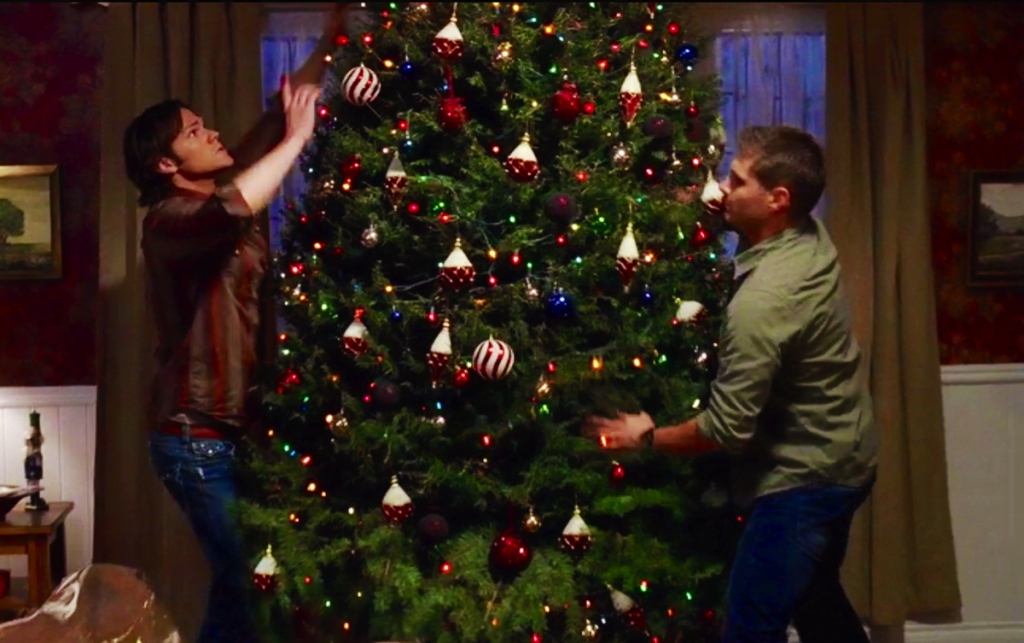 Supernatural has become a fan favorite, clocking in at 13 seasons, with a 14th currently airing on the CW. And rightfully so. It’s chock full of likable characters, taboo subjects, and silliness — as well as its main message about the importance of family. The one and only Christmas themed episode, A Very Supernatural Christmas, is episode eight of the third season.

In usual Supernatural fashion, A Very Supernatural Christmas has Sam and Dean Winchester (Jared Padalecki and Jensen Ackles) whisked away to a small town in need. In this episode, fathers are disappearing and the rumor is they’re being pulled up the chimney like Santa Claus. Kids are watching their dads being carted away in Santa’s sack. But is it Santa?

Alternating between present day, and Christmas Eve 1991, we are reminded of the Winchester’s childhood, and why Sam may be ‘the boy who hates Christmas,’ as Dean jokingly calls him.

What I have always liked about Supernatural is the consistency, in not only keeping my attention, and keeping the flow and feel of the show the same throughout 14 seasons, but also because of the rock and roll soundtrack — and creepiness that slowly settles in. And the Christmas episode is no different. There’s blood, demons, death…and that’s just the beginning. ‘Tis the season! (Tiffany Blem) 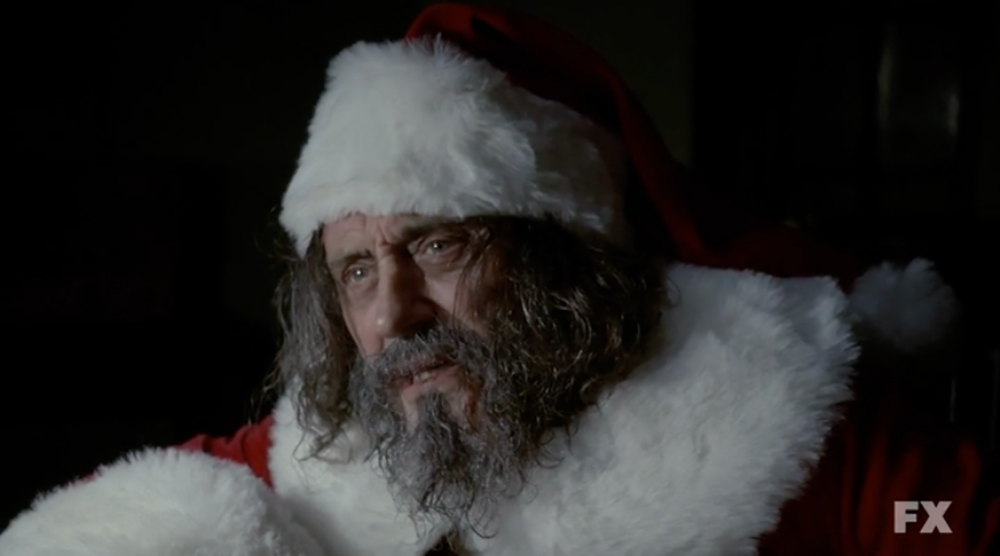 Although this Christmas-themed episode of American Horror Story: Asylum brings as much Christmas cheer as you’d expect, it’s still a terrifying time.

The episode consists of several classic Christmas elements such as the beloved tree. However, this is American Horror Story, so the ornaments are made out of asylum patients’ hair and teeth. The normally cheerful Christmas carols turn into dark and heavy hymns that show there is a very thin line between a classic Christmas song and creepy background music. On top of that, the extravagant Christmas lights are what draw Santa Claus to his victims.

Ian McShane makes a guest appearance as the dreaded Santa Claus. He manages to be terrifying, yet maintains a charming demeanor similar to that of the classic Hannibal Lecter. Throughout the episode, he portrays a steel calmness and occasional philosophical disposition, yet he can flip into a rage of violence when suited – as we learned at the previous Christmas Party at Briarcliff Asylum.

What makes Santa so intriguing is that his backstory is somewhat understandable – putting on the suit and commanding its power helps him strip away his past trauma and victimhood. Although he is far from a purely sympathetic character. as he has killed eighteen people from five separate families on the (Christmas) night of his murder spree.

The episode itself is a clear achievement as it keeps true to the show’s overarching tone and story. Rather than taking a break from the season’s storyline, it integrates the plot points from this episode seamlessly into the greater narrative. Thus, it’s not purely a ‘Christmas episode’ but an episode that takes place over Christmas. (Claire Smith) 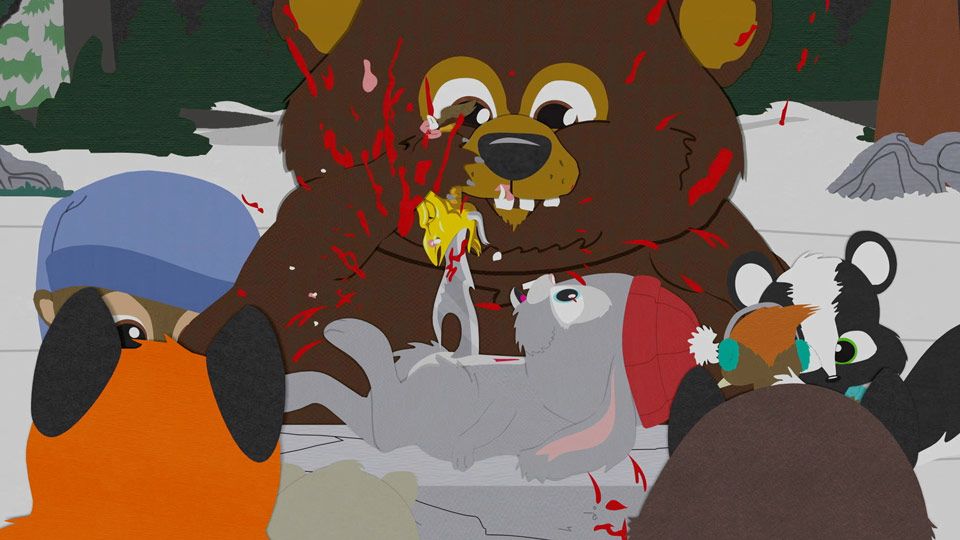 By far, my favorite take on Christmas horror from an episodic television program is South Park’s Woodland Critter Christmas. Narrated in the style of How the Grinch Stole Christmas and so many other holiday specials from our childhood, it is a wonderful and completely fucked-up spoof on children’s specials.

Stan is in the woods outside of South Park when he stumbles upon some adorable woodland creatures (like Skunky the Skunk and Beary the Bear) who are decorating their Christmas tree but don’t have a star. Stan is recruited to help make the star. Later that night, the critters show up in his room and explain that Porcupiney the Porcupine is about to give birth to their savior and they need Stan to build a manger.

Stan reluctantly agrees only to get get pulled further and further into their story when he must kill a mountain lion that always kills the virgin mother before she can give birth. Stan then learns that while, yes, the woodland critters are expecting a virgin birth, they are all satanic worshipers expecting the antichrist, and it is up to Stan and three mountain lion cubs to stop them.

Now imagine abortions, Kyle as an unbaptized human host, and a shotgun-wielding Santa to round out the story — all told through the mind of Eric Cartman.

Matt Stone and Trey Parker have created the ultimate Christmas special in Woodland Critter Christmas, combining elements of classic horror, social commentary, and crude humor into a little bit of perfection. Now in its 22nd season and the second longest running animated series (behind the Simpsons), you can find Woodland Critter Christmas and the other episodes of South Park streaming on Hulu or on southpark.cc.com. (Todd Reed) 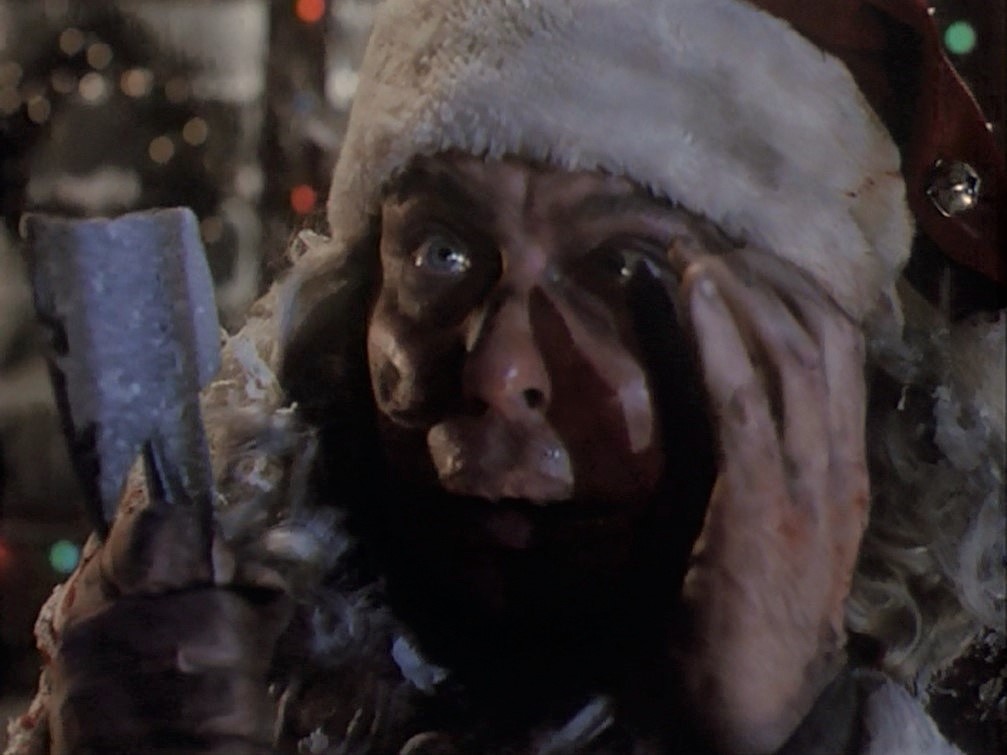 With a screenplay by Fred Dekker and directed by Robert Zemekis, “And All Through The House” is filled with black humor, plenty of blood, and murder. Elizabeth (Mary Ellen Trainor) murders her husband Joseph on Christmas Eve. She has some troubles getting rid of the body, but conveniently for her, a criminally insane and violent prisoner dressed in a Santa Claus suit (Larry Drake) has escaped a local asylum. Elizabeth plans to pin the murder on the escaped lunatic, but he has other plans. While the grim cat and mouse game plays out between Elizabeth and psycho Santa, Elizabeth’s daughter is eagerly waiting for Santa to arrive.