The Alamo Drafthouse Cinema in Tempe, Arizona, decided to give its moviegoers a one-of-a-kind present for Christmas: a special screening of “The Thing”. 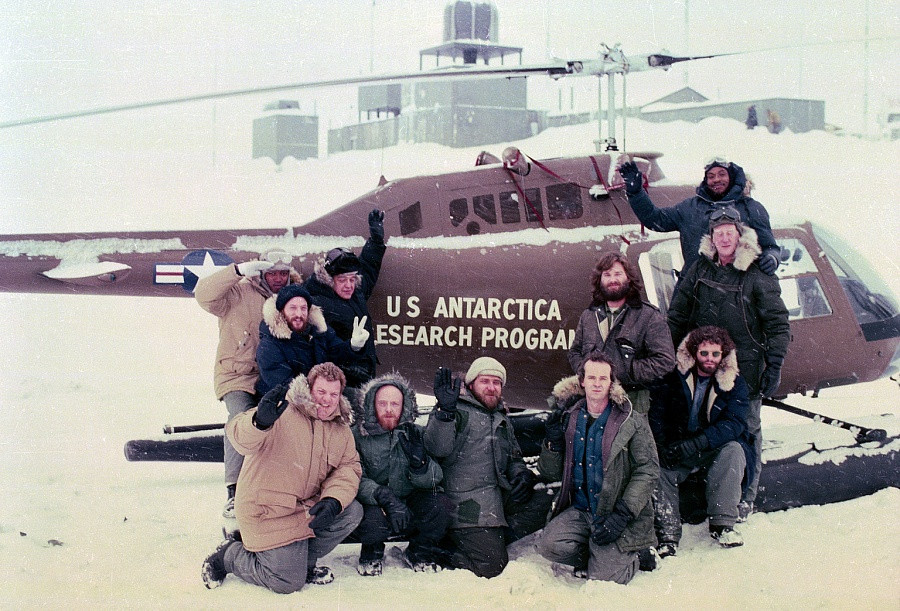 For one night only, Victor Moreno and company, the team responsible for Terror Tuesdays at Alamo Drafthouse, presented a special one time screening of the Legendary 1982 John Carpenter Classic, The Thing. And it was a thing of beauty.

Instead of screening one of the more popular Christmas themed horror films, as just about every other theater does during the season, the Drafthouse chose to go with the 1982 John Carpenter winter-based cult classic. Tis the season for giving, and the Alamo seriously delivered. You couldn’t ask for a better present during the holiday season than being gifted the opportunity to watch the greatest special effects film of all time on the big screen.

Needless to say, it was a dream come true to see it in the theater.

The Thing is arguably the best horror film of all-time and one of the greatest films ever made in general. The special effects in The Thing are without a doubt the greatest practical effects to exist in all of cinema. It’s widely considered a complete masterpiece and Carpenter’s finest work — not to mention one of only a handful of remakes to surpass the original.

Carpenter’s 1982 masterpiece is exceptionally gorgeous and stunning. The gleaming white landscapes and picturesque scenery leap off the screen and teleport you straight to the Antarctic. You can practically feel the temperature drop and cold air surround you, coursing over your skin. All of the legendary aspects combined together, form one of the top films of all time. It’s arguable there isn’t another piece of film as hypnotizing or bewitching as JC’s THE THING.

What’s truly frightening about The Thing is the concept and elaborate, intricate plot. The ability of the extraterrestrial Thing’s cells to consume and replicate other living cells with such precision that it’s nearly impossible to tell the difference, is probably the single greatest concept when it comes to horror and monsters. It alone is what makes this such a forceful and powerful film.

With a huge star-studded cast, including Kurt Russell delivering perhaps his single greatest performance, it’s no wonder The Thing is so impactful.

The special effects makeup were executed by none other than the legendary Rob Bottin, with a little help from the legendary, one and only, Stan Winston — although he was uncredited. To top it all off, the film was directed by the Master of Horror himself, John Carpenter. When it comes to film, and especially horror films, it just doesn’t get better than that.

As always, there were some really cool exclusive previews and content shown before the film began. There was a behind the scenes look at a younger, bundled up John Carpenter, documenting some of his time spent behind the camera during the filming of the 1982 classic. There was also a short clip of excerpts from a children’s reproduction of the The Thing, which was surprisingly awesome.

There was a trailer for an upcoming Terror Tuesday showing of Satan Claus is Coming to Town, a mix tape of some really cool horror footage involving Christmas and the sadistic killer Claus. The Drafthouse also played the trailer for the Wes Craven film Shocker, which they will be releasing in January of 2019. There are big things coming from the Drafthouse, as they continues to cater to their local, dedicated hometown horror fans.

THE THING is an unbelievable masterpiece and a film that is sure to continue to scare the crap out of its viewers for many years to come. To be able to catch it on the big screen, is an event definitely unlike any other. There are just so many brilliant aspects to touch on when it comes to discussing such a genius film. It’s a conclusive piece of cinema with a ton of twists and turns, and a head scratching ending that has sparked debate for decades.

So, if you missed out on the recent screening of the 1982 Carpenter classic, keep your eyes peeled. There’s rumored to be a few theaters following suit, and The Thing could make a possible appearance sometime soon near you. You don’t want to miss this amazing classic on the big screen.