21 of the Most Anticipated Indie Horror Releases of 2017

In the world of indie horror, 2017 looks to be very promising with a wide range of exciting filmmakers and out-of-the-box storytelling. We’ve put together the following list of indie films that may not yet be on your radar, but definitely should be.

As always with indie horror, or any film list, this is by no means a complete and comprehensive list. Readers are encouraged to add films in the comment section so we at Morbidly Beautiful can check them out and put them on our radar. Another thing to keep in mind is the unpredictability of the indie world regarding release dates. Some have release dates, some are tentatively scheduled, and some may be pushed to 2018. But as of right now, whether it be on DVD or Blu-Ray, video on demand, or at a convention or film fest, 2017 looks to be the year you can see the following films.

Note: To reflect the most accurate information, all synopses have been taken from the IMDB page of each film.

After sharing a secret about himself, Hunter brings a group of friends from NYC back to his family farm for a weekend break. They quickly learn that secrets can be deadly as they are stalked by a twisted and disturbed beast, Pitchfork. Read our early review here. (Director: Glenn Douglas Packard; Starring: Daniel Wilkinson, Brian Raetz, Lindsey Nicole)

When his home of New Eden is destroyed by a revitalized Brotherhood and its new Vamp leader, Martin finds himself alone in the badlands of America with only the distant memory of his mentor and legendary vampire hunter, Mister, to guide him. (Directors: Dan Berk, Robert Olsen. Starring: Connor Paolo, Nick Damici, Laura Abramsen)

The Barn (Available now on DVD/VHS)

It”s Halloween 1989, best friends Sam and Josh are trying to enjoy what’s left of their final Devil’s Night before graduating high school. But trouble arises when the two pals and a group of friends take a detour on their way to a rock concert, finding an old abandoned barn and awakening the evil inside. Now it’s up to Sam and Josh to find a way to protect their friends and defeat the creatures that lurk within “The Barn”. Read our review here. (Director: Justin M. Seaman; Starring: Mitchell Musolino, Will Stout, Lexi Dripps)

Six college kids find internet stardom when they make “Truth or Dare” videos with a violent twist. It is all fun and games until their number one fan decides he wants to play by his own rules. (Director: Jessica Cameron; Starring: Jessica Cameron, Devanny Pinn, Heather Dorff, Ryan Kiser)

Rock Paper Dead is the story of serial killer, Peter “the Doll Maker” Harris. Peter returns to his ancestral family home after being released from the state’s hospital for the criminally insane after ten years – a “cured” man. Once inside the old house, anguished memories from a tortured childhood and ghostly visitations from his past victims shake Peter’s resolve. It isn’t until lovely young Ashley enters his life that Peter makes a fateful decision, a decision that will rekindle old desires that always ended in murder. (Director: Tom Holland; Starring: Maureen McCormick, Luke Macfarlane, Michael Madsen, Gabrielle Stone) 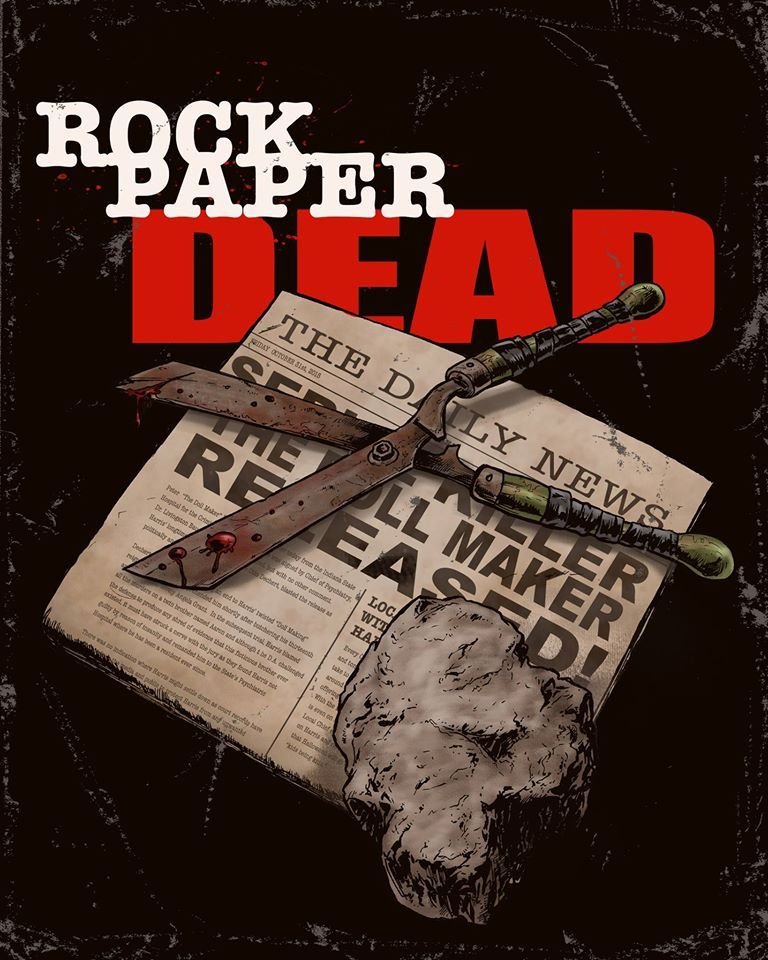 Six friends become prey for a sadistic psychopath when they decide to ditch their high school’s after prom party for their own celebration at a secluded house. Read our review here. (Director: Troy Escamilla; Starring: Laurel Toupal, Destinie Orndoff, Tommie Vegas, Billy Brannigan)

From Deranged Entertainment: Four friends set out to document a local legend in West Virginia. Will their passion cross the line? Or will it bleed through? (Director: Tristan Clay; Starring: Destinie Orndoff, Jessica Cameron, Heather Dorff)

Read part two of our upcoming indie horror list, where we highlight 11 more films to watch out for in 2017.