An impressive debut from Richard Rowntree, Dogged is a well-acted, beautifully shot and directed modern folk-horror film; a visual and audial feast 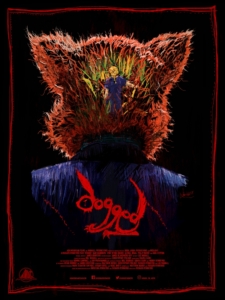 Dogged is the debut feature from Richard Rowntree, which was developed from his award-winning short film of the same name. Placed under the modern genre of ‘Folk horror’, comparison will automatically be made with The Wicker Man (1973). There are some similarities which occur from the island community being disconnected from the mainland, but Dogged is more than just a variation of The Wicker Man, offering a unique story with a much darker tone throughout.

Following the death of a local girl on the island who was found at the bottom of a cliff, Sam (Sam Saunders) returns home from university to attend the funeral. Sensing something not quite right about the tragedy, he tries to raise his suspicion. But he is quickly shut down by his father and then the other villagers who are unwilling to discuss the matter. 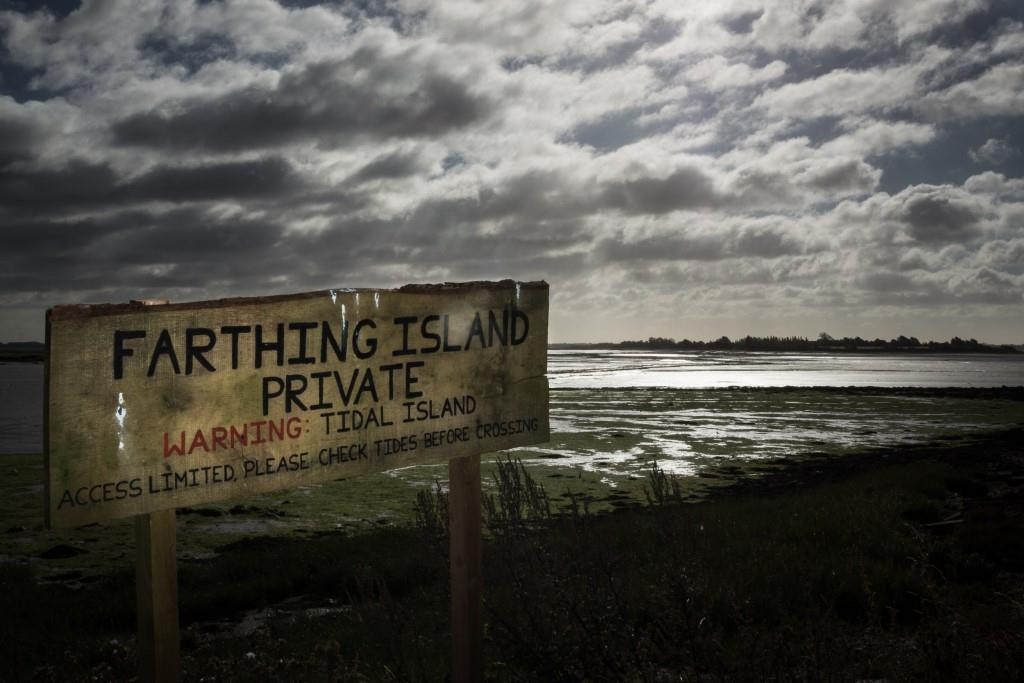 Having left the small island community, Sam feels disjointed on his return. Feeling a sense of secrecy and unease within the village, he is treated more like an outsider, from everyone except mother and his old girlfriend Beth (Aiysha Jebali), whose affections have not been misplaced. As he spends more time on the island, he begins to discover that things are not what they seem and the island hides a dark secret.

Where modern horror films are often sign posted and spoon fed to the audience, it can often give them too much information, allowing them to inevitably predict the outcome. This is not the case with ‘Dogged’, as Rowntree masterfully plays with the audience through suggestion, leading them to one conclusion, before a twist then takes them in another direction. 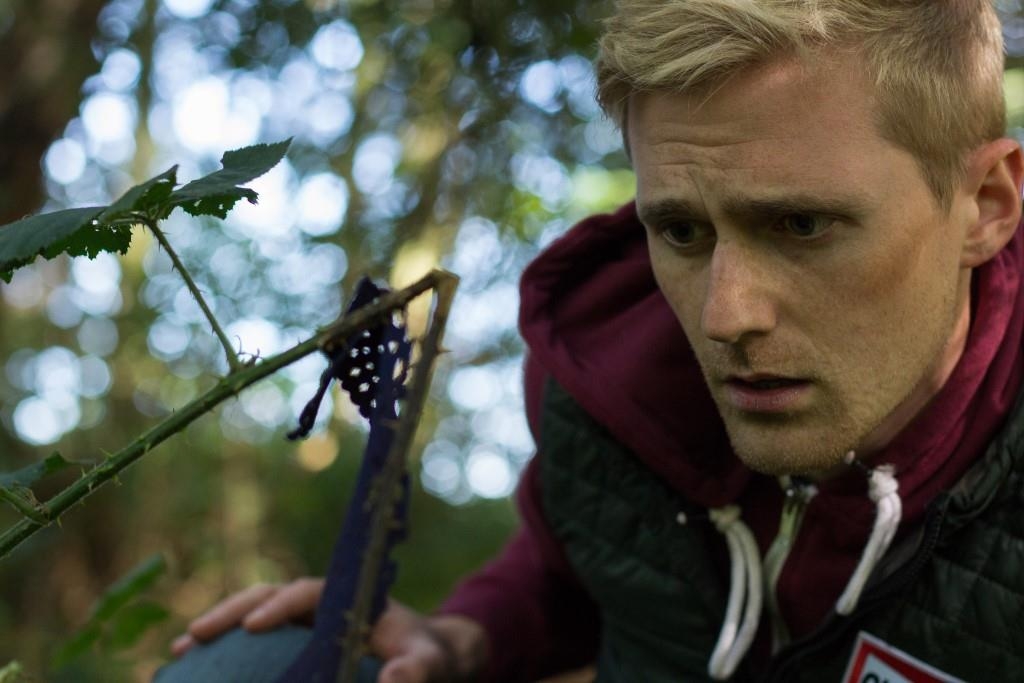 The film moves slowly in the first half, which is a deliberate move to develop the characters and build up the tension as it slowly unfolds. Shrouded in mystery, it continues to create more questions as the film progresses, without becoming overcomplicated.

There is a dark eerie tone which is maintained throughout the film. This is personified in the film’s catalyst, which in Dogged take the form of men wearing animal masks. The use of the masks feels like a nod to The Wicker Man, although their animal masks are much more robust, with a natural worn faded look them. When you see the characters appear, the masks give them an imposing look, with a menacing presence about them. 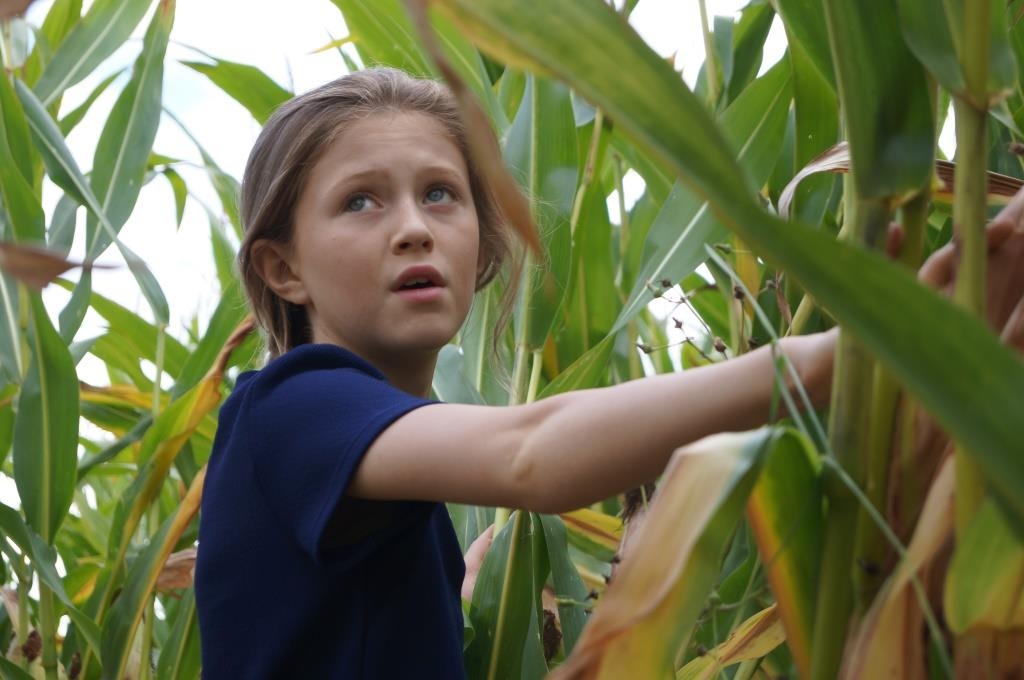 Not relying on gore effects and jump scares, the horror aspects of Dogged are created through the amazing cinematography and music, really adding another narrative to the film.

These elements work perfectly together to create a tension, which could not have been attained through the performances alone. We get continuous landscape shots of the island with the surrounding sea, creating a sense of desolation and entrapment on the island, with access to and from the island controlled by a tidal wave. The film also delivers some unusual shots, with close ups, harsh shaking, or the camera offset at an angle, which adds to the unusual and surreal look to the film and really draws you into what is happening on the screen. 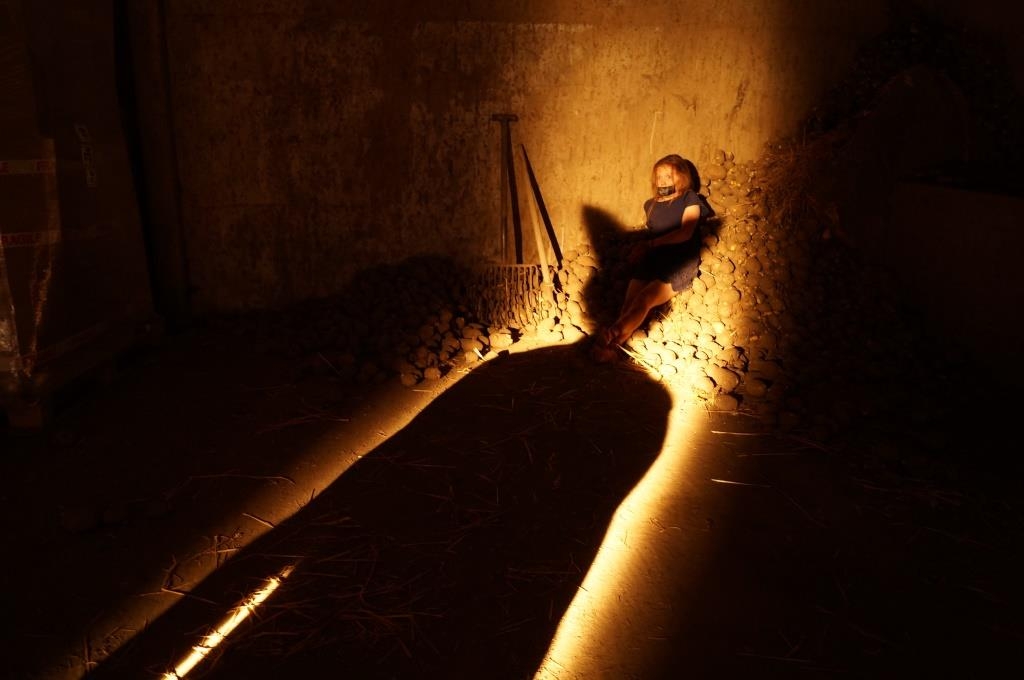 I was impressed by the score from James Griffiths, which moves seamlessly between tranquillity and a darker more unsettling tone. Balancing the music brilliantly, supporting the performances by building the apprehension, rather than the overpowering it.

My favorite aspect of the film is the utilization of cinematography and score to create a haunting effect, as we get a flashback of the cornfields.

Shot with vibrant but distorted colors, the bright shots of the cornfields are disrupted by an abrupt flash of red. The vivid flashback images occur frequently throughout the film, adding as dark a sense of unease, with a suggestion that something bad has happened. The shots gradually become extended, or change slightly during the film, until the full details of what happened are revealed towards the end of the film. Even then the events are carefully edited, which leaves the full extent of events to the viewer’s imagination. 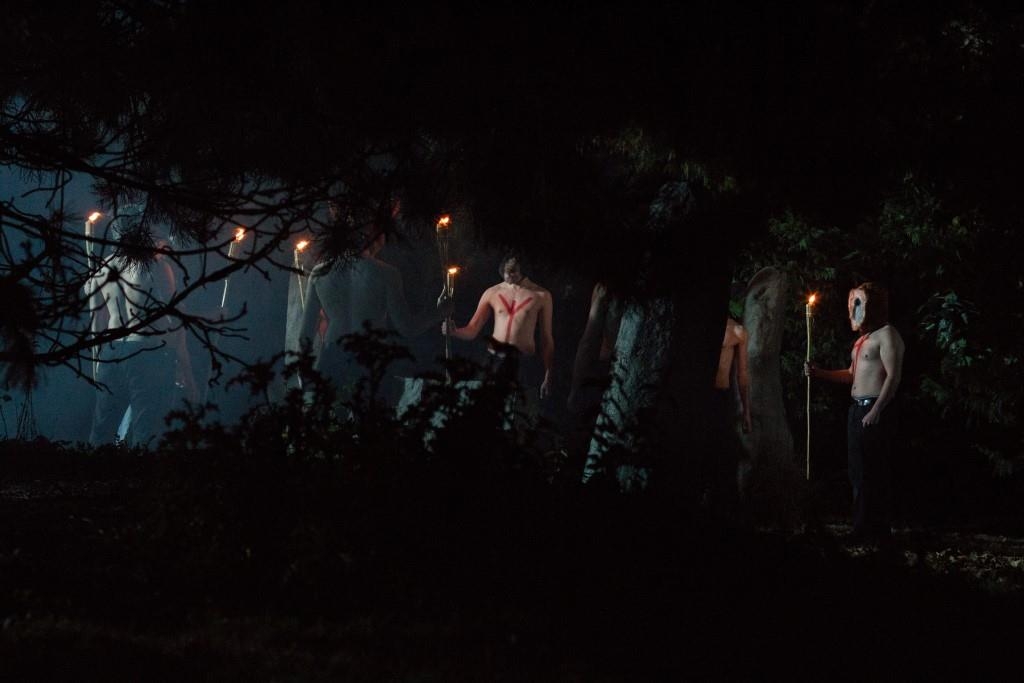 There are some great performances in the film, especially from the lead cast who make the most of the excellent script.

Sam stands out as the driving force throughout the film, holding his own on screen against some more exuberant and unusual characters. This includes an overly zealous performance by Toby Wynn-Davies as the unnerving Father David J Jones, who’s unnerving nature makes him extremely memorable.

‘Dogged’ is an impressive debut film, with so many sub texts and references throughout, you can’t help but feel you want to watch it again. Already one of the best horror films of the year, Rowntree has proven that he has a real talent for filmmaking, I can’t wait to see what he does in the future if he can get the support and budget he deserves.

Dogged is currently making its way through the festival circuit. We encourage you to seek it out at a festival near you. Follow the film on Facebook for updates on when and where you can catch the film next. We’ll keep you updated as future distribution details are released. You can check out the trailer for the film below.