John Schneider’s new thriller “4: GO” may not be perfect, but it’s a really fun and worthwhile ride from a passionate filmmaker.

After attending a screening of John Schneider’s Like Son last year and acting as the editor and colorist for another film (Penance Lane) that he did with my friend, Tyler Mane, I was eager to write a review for my fellow indie filmmaker brethren’s new film 4: Go (pronounced  Four 2 Go). 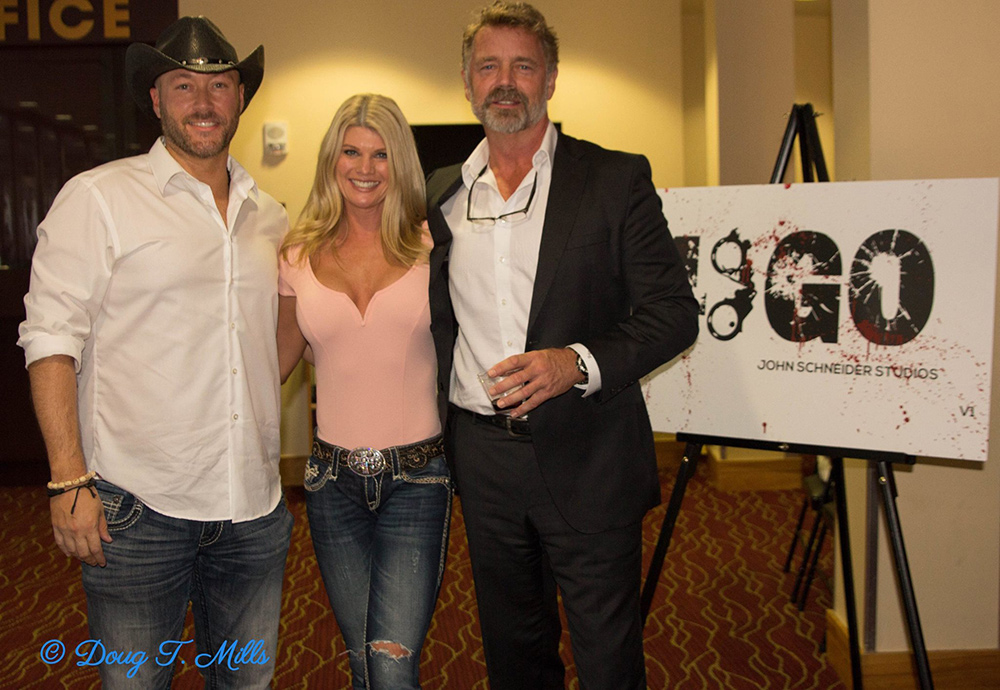 I was fortunate enough to attend the Atlanta premiere of the film, with my good friend and Spirit World Productions partner/producer/actress April Bogenschutz, at the vintage mid-town Rialto.

If you get a chance to talk with John or listen to him talk about independent filmmaking, you know his passion for the art burns deeply. That comes through in all of his films, and 4: GO is no different. 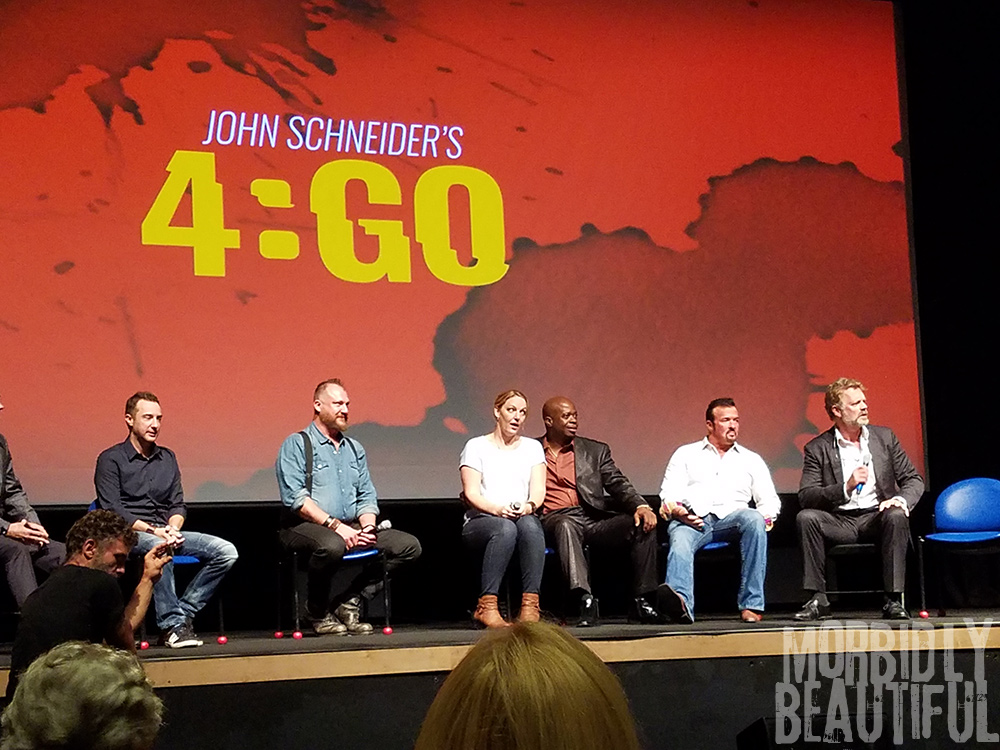 He is a man after my own heart when it comes to filmmaking. He is determined to see his vision through — doing everything from writing, casting, directing, and editing. That is how I take on films myself, and any true indie filmmaker or fan has to respect that.

All of that hard work pays off in many ways with 4: GO. 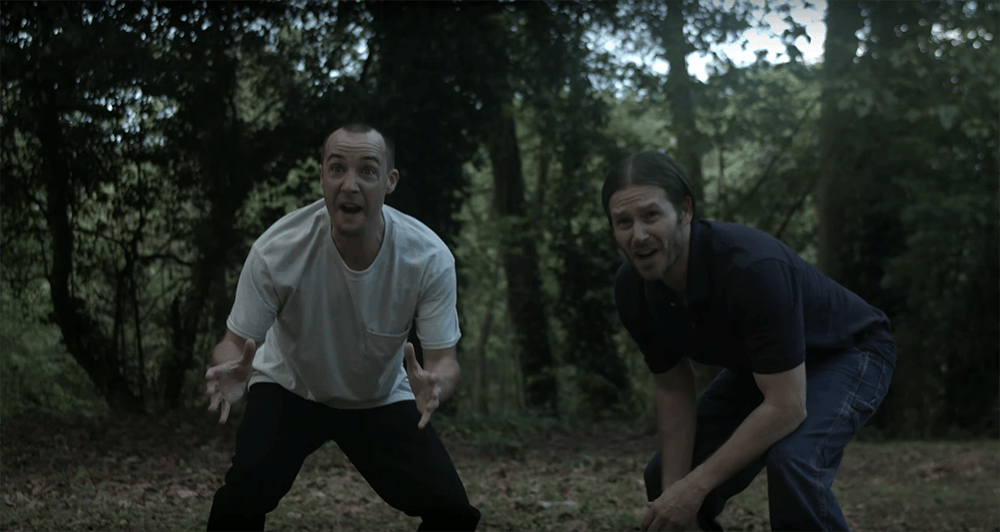 4: GO starts off like a heist or caper film with four murderers escaping from a maximum security prison and a hostage along for the ride. The bumbling group of bad guys, led by former pro wrestler Marcus “Buff” Bagwell, seem to have little idea what they are doing — and even less idea of what exactly they have gotten themselves into with their choice of captive.

The only thing more inept than this group of maniacal morons is the posse of police officers and hunters set out to track them down. 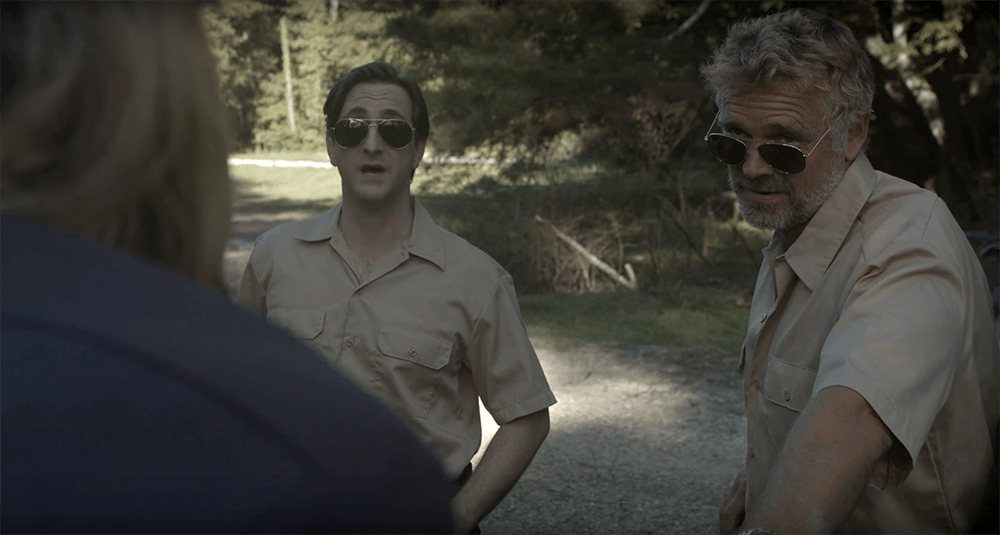 The movie starts out with a good pace that only ever wanes slightly, but never to the point of distraction. There are some interesting choices with flashcuts that I wish were a little longer and clearer because, as an editor myself, I wasn’t sure early on if they were there accidentally. However, a little more fleshed out and maybe with a sound effect or visual effect in and out of the cut, and they would have been perfect — as I loved what they added to the story.

There is the occasional stumble that this filmmaker noticed that others may not, such as some framing issues. In addition, for horror/thriller/revenge/escape film, almost none of it took place at night, which would have added to the tone and mood of the film. These issues were likely the result of having to shoot quickly in order to save time and money on lighting and shot set up. 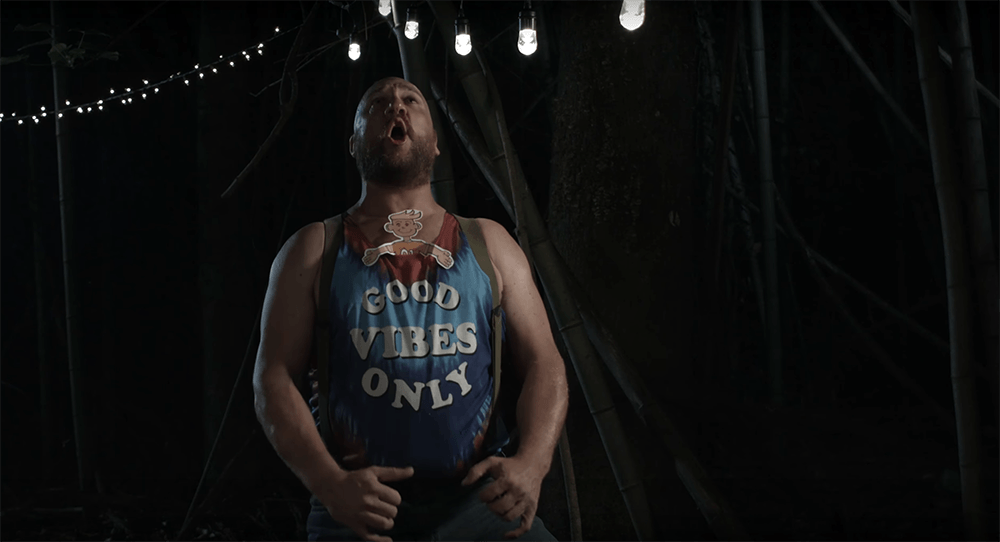 Others may also find the initial set-up too convenient. Without spoilers, I will say that I wouldn’t gamble on a killer shooting me in the stomach and not he head!  However, these issues are small and in no way prevent you from enjoying the twisted story.

There is enough blood and cringe-worthy torture moments to appease most horror viewers, and what is there is well done. 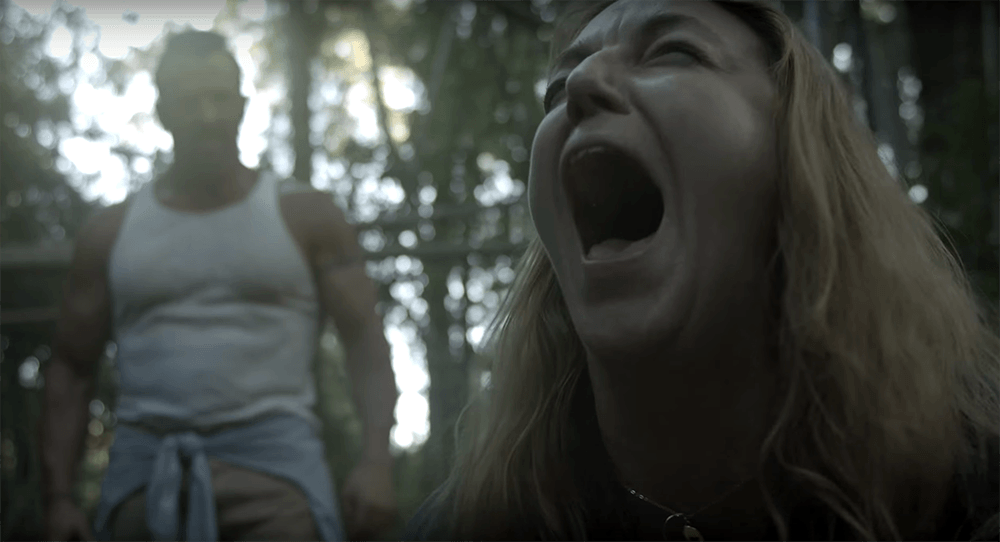 The movie’s tone is almost that of a horror comedy throughout, except for a sudden-heavy-morose turn at the end that didn’t quite fit the tone set up by the rest of this film. The twist was amazing at the end. But, had the film set a darker tone and made its killers more menacing throughout by doing evil deeds in the darkness of the woods, I would consider the film an almost perfect indie; it just slightly misses on that.

The film is well-written and very well acted, with Kerry Cahill doing much of the heavy lifting on the acting front. I really loved seeing Johnny Lee’s turn as a bumbling small town policeman, and Dean Cain was excellent in his scenes. 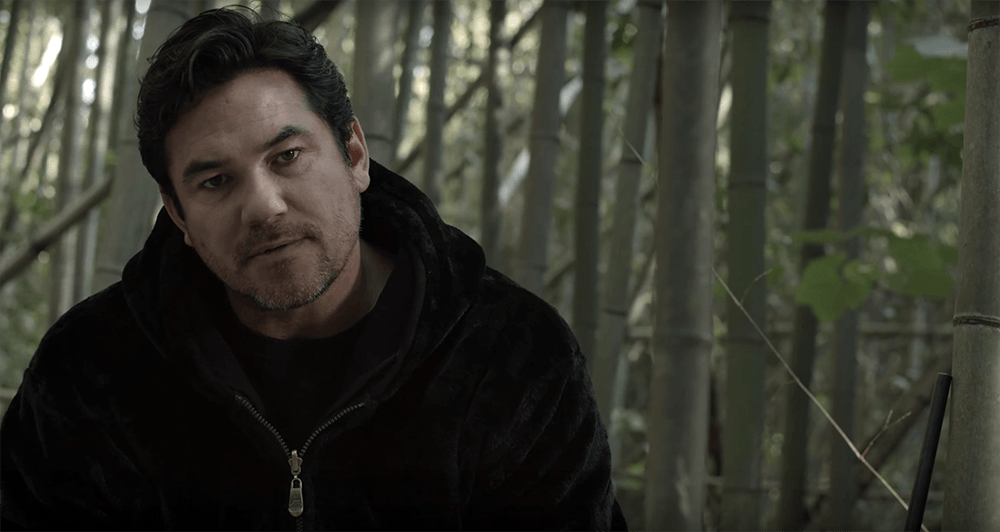 For me, it felt like with a tweak or two it could have been a top notch 70s or 80s grindhouse-drive-in-revenge movie — perfect for a double feature. And that is right up this filmmaker’s alley!

Overall, this was a really fun romp that I can’t wait to watch again!

You can rent or buy 4: GO on Vimeo, and you can get all John Schneider movies, music and merchandise on his official website at   https://www.johnschneiderstudios.com/.