The Greasy Strangler is an absurdly entertaining midnight movie with a Troma-esque penchant for stomach churning visuals. 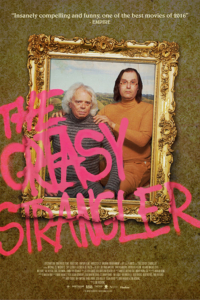 One of the big festival hits of the year, The Greasy Strangler almost defies classification, and it certainly won’t be for everyone. Jim Hosking’s feature debut, while by no means low budget, has a vibe of Troma and an air of John Waters about it.

It sits perfectly in the midnight movie section of any cult selections, and you can see why it was so highly thought of amongst the hard core horror devotees who routinely attend film festivals.

Right off the bat, Hosking makes it abundantly clear that what he’s going for here isn’t a straight up horror. Or a straight up horror-comedy either, for that matter. What he presents us with is a world that’s so farcical, we can’t help but be intrigued. 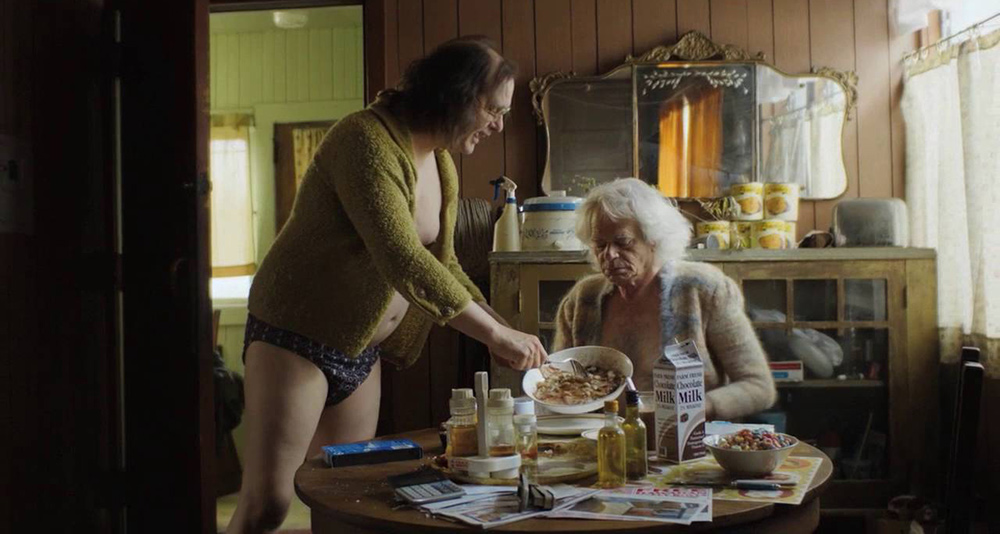 Borrowing heavily from the kind of humor we’ve seen with movies like Napoleon Dynamite, the characters (or caricatures, more accurately), are likable but caustic — developed, yet shallow.

Our protagonist is Big Brayden (Sky Elobar), whose look is a replication of one of Matt Lucas’ comedy creations from the popular show “Little Britain”.  He’s a sympathetic individual – heavily reliant on his father Big Ronnie (the wonderfully named Michael St Michaels), with whom he lives. He’s burdened with cooking duties and works for the “family business”. 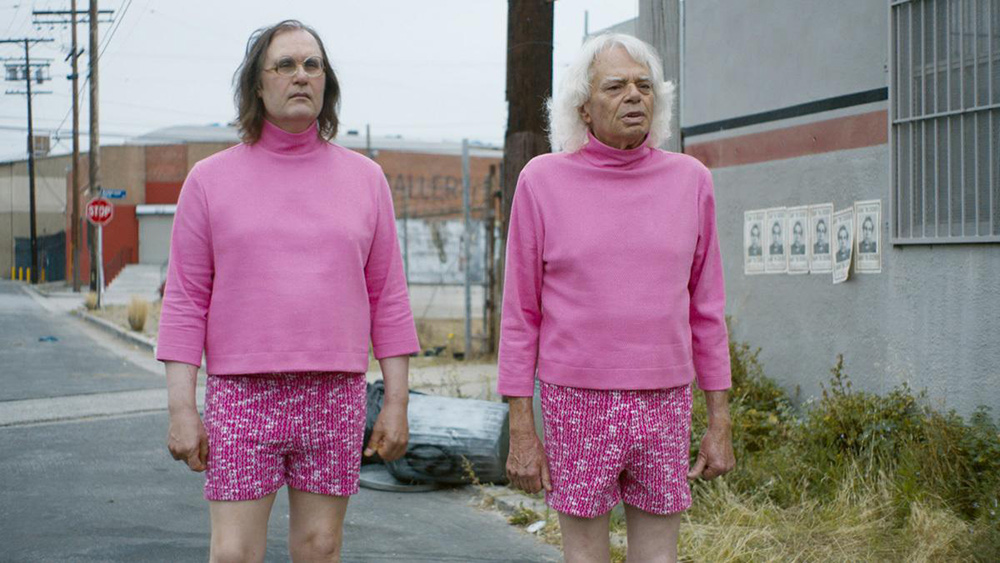 When I was studying screenwriting at University, one of the lessons that stuck with me was the idea of making your characters perform unusual jobs to add interest. By picking a job at random from the yellow pages, it was theorized, your character has depth and truth. I wondered if Hosking and his co-writer Toby Harvard had been in the same class as me…as the “family business” in The Greasy Strangler is disco-themed walking tours.

Kitted out in pink sweaters, shorts and knee high socks, the father-son team offer enormously unsatisfying tours of their home town to beleaguered tourists of the most hysterically stereotypical kind. When one of their tours ends in a bad tempered and foul mouthed tirade against the clientele (due to a lack of free drinks, as advertised on the posters), we already know that the instigator of the backlash is going to meet a greasy end. 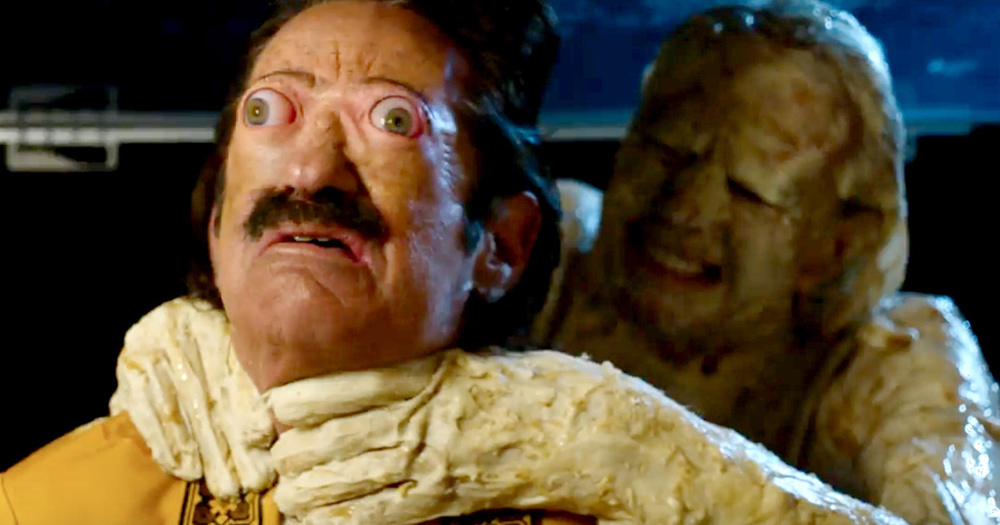 For in this barren town which is our setting, there’s a maniac on the loose – the self-styled titular serial killer. While no attempt is made to ever build suspense around the identity of the murderer, there’s enough ambiguity between Brayden and Ronnie to establish an understanding to the audience that his identity does, indeed, remain a secret, at least for the characters who inhabit this world.

Enter Elizabeth De Razzo’s character of Janet – a wildly sexual victim of the walking tour scam – who falls in love with Brayden. But Ronnie isn’t so pleased with her arrival. 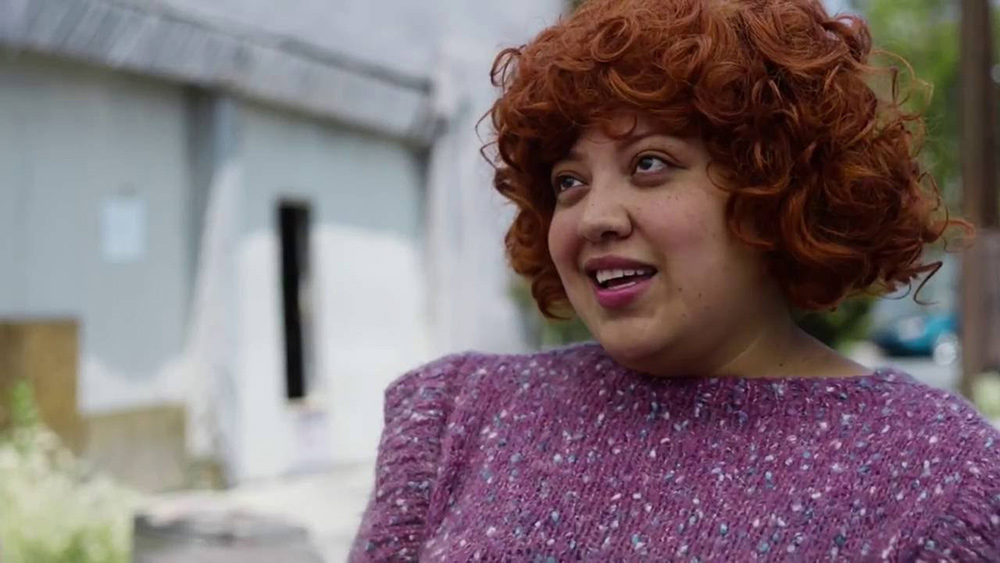 There’s a human core to this crazy film that isn’t to be underestimated – that of an elderly father who fears losing his son and being tortured with loneliness – and of a son, desperate for the approval of his father.

While driving a wedge between the two men inadvertently, Janet is ultimately seduced by Ronnie before returning to the more puerile affections of Brayden. This sparks a rage in Ronnie, and his slippery rampage begins to increase in both frequency and intensity.

The Greasy Strangler features more human skin than I’ve seen in a long time. And it’s not your typical movie flesh – it’s something altogether more saggy and wrinkled.

Spoiler alert coming…if you’re repulsed by the idea of seeing everyday people in the nude, performing repulsive sex acts or even just living their everyday lives (albeit in a very stylized and unrealistic world), then this most definitely isn’t the movie for you. 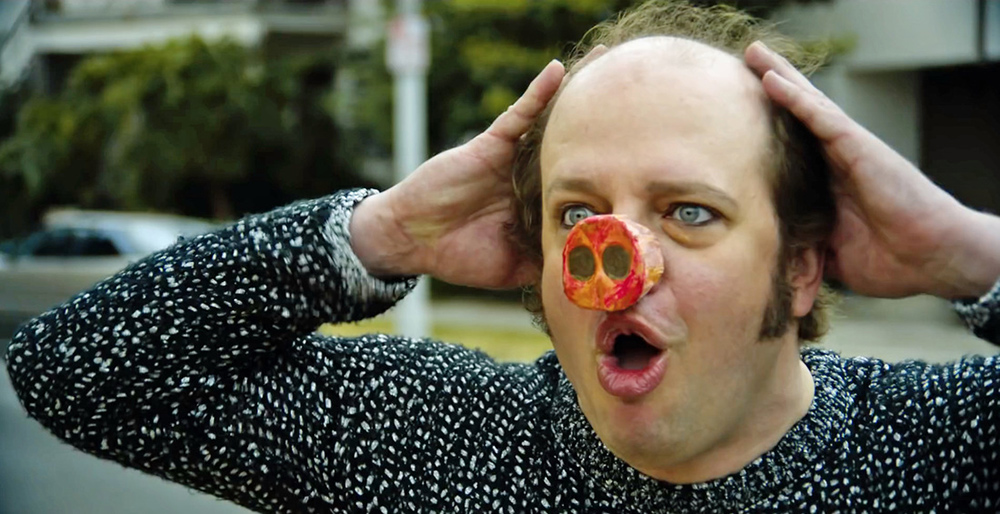 Ludicrous and slightly repetitive at times, there’s enough gross-out humor and juvenile dialogue to retain your interest throughout, and The Greasy Strangler looks great for what it is.

St Michaels delivers a brilliant performance as the oppressive Ronnie, and he’s wonderfully complemented by a cast of bizarre characters, every one offering a simple plot progression as we head towards the inevitable conclusion (but wildly strange ending). Special mention is due for the score by Andrew Hung (of the Fuck Buttons), which works brilliantly in punctuating the narrative and will stick in your head for some time to come.

If you’re a fan of Troma, John Waters, or midnight movies in general, then give this one a watch. But if you’re looking for something intelligent or highbrow, then this is one to give a swerve.